Home > Style > Watches > The OMEGA Speedmaster Moonwatch Apollo 8: a tribute to the first orbit around the moon 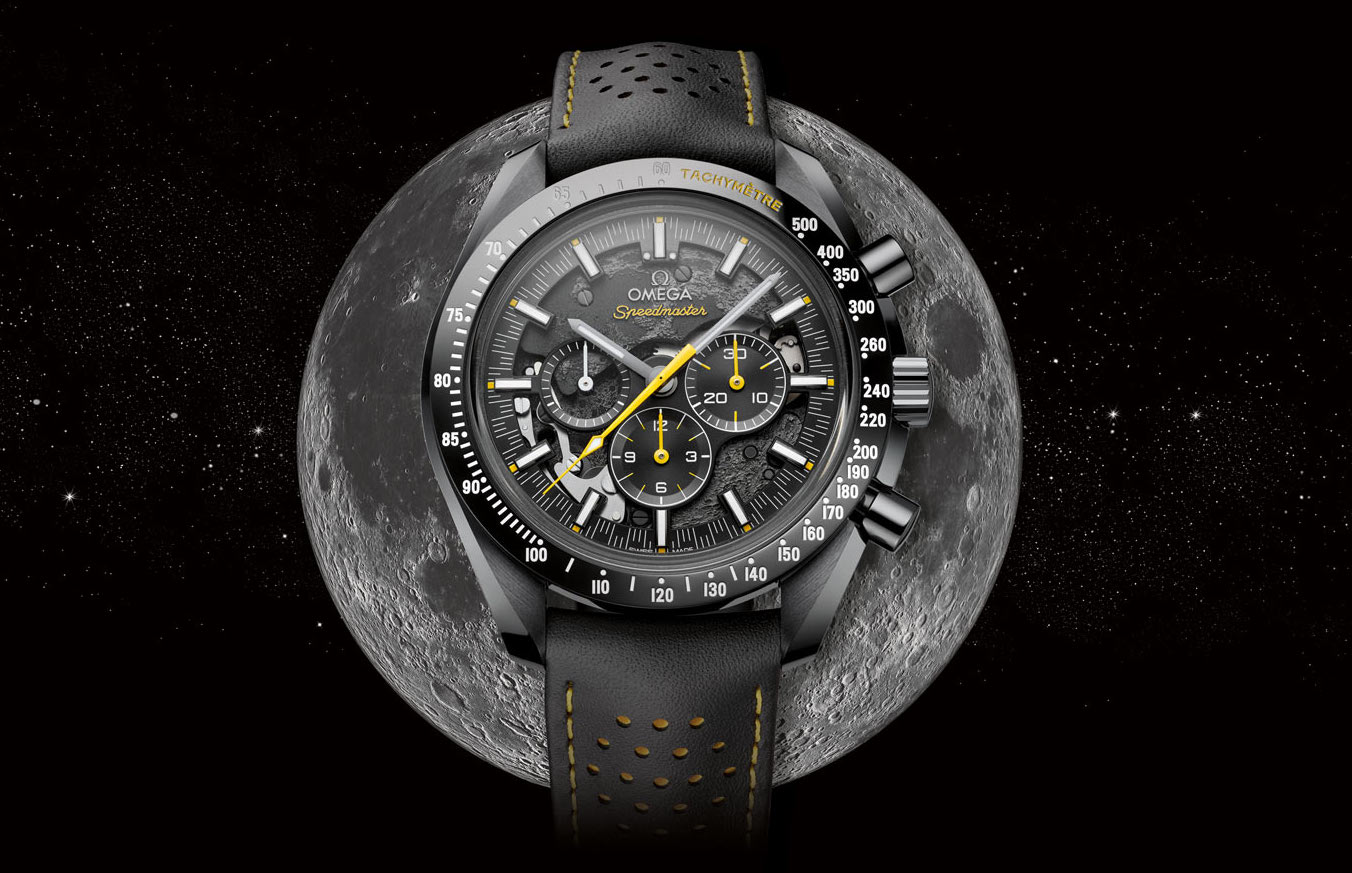 The OMEGA Speedmaster Moonwatch Apollo 8: a tribute to the first orbit around the moon

It’s been 50 years since the Apollo 8 mission launched, marking a pioneering moment in space travel, as the Apollo 8 crew became the first group of humans to ever see the dark side of the moon. In a mesmerising homage, OMEGA has released the OMEGA Speedmaster Moonwatch Apollo 8 as its newest Dark Side of the Moon timepiece, featuring thoughtful horological details that showcase the brand’s continued legacy in space. From the intricate moon craters on the dial to a special engraved quote on the case back, the watch invites its wearer to take a space suit to the mind and explore the secrets of the moon right from the wrist.

Beginning with a quick first glance, there’s a lot to admire on the OMEGA Speedmaster Moonwatch Apollo 8. The entire watch is produced in black zirconium oxide ceramic, embracing OMEGA’s popular Dark Side of the Moon innovation. A milling tool has been used to create micro perforations through the constructed strap, allowing the yellow rubber inside to be revealed. Yellow – the racy colour most commonly associated with speed – is a central design aesthetic of the watch.

Varnished yellow chronograph hands as well as a tachymeter scale and crown filled with white Super-LumiNova adorn the case and dial, with the iconic ‘Speedmaster’ signature displayed in yellow at 12 o’clock.

The dial is skeletonised on the OMEGA Speedmaster Moonwatch Apollo 8, allowing its intricate inner workings to be revealed. Laser ablation decorates the bridges and main plate of the blackened movement, creating a dreamily realistic image of the surface of the moon. And yet, a dark secret lurks beneath.

True to theme, and much like its lunar inspiration, the timepiece features two unique sides. The dial side of the watch displays a light shade with a landscape of moon craters, representing our serene view of the moon’s surface from Earth. On the case back, the dark side of the moon is revealed – a sight that normally only astronauts get to see – alongside a stunning view of the blackened Calibre 1869 inside. The Calibre 1869 is actually a specially decorated version of OMEGA’s famous Calibre 1861, renamed as a tribute to the first moon landing in 1869.

Another beautiful touch sits around the transparent case back, where the words ‘WE’LL SEE YOU ON THE OTHER SIDE’ are engraved. The quote refers to Command Module Pilot Jim Lovell’s final spoken words to ground control, just before Apollo 8 travelled to the far side of the moon. Eerily lyrical, it marks the special moment before the spacecraft disappeared beyond radio contact range, to a hemisphere which had never before been seen by human eyes.

A collector’s item that will take you to the moon (dark side included) and back, the timepiece is a true nod to the Apollo 8’s spirit and momentum in modern space travel history. Following its avant-première at BaselWorld 2018, the OMEGA Speedmaster Moonwatch Apollo 8 (THB 338,000) will be available in stores from December this year.

Watches Omega Luxury Watches Omega Speedmaster moonwatch Apollo 8
Lisa Gries
Creative Content Director, Bangkok
Lisa loves to travel, and is always on the lookout for the world’s best nap spots. She’s a serious Asian art history nerd, and has a knack for languages and coffee table books. She hopes to publish her own novels one day, one of which will likely be called ‘All The Great Conversations I Had In A Bangkok Speakeasy.’ It’s a work in progress.
Travel Drinks Dining Watches
Sign up for our newsletters to have the latest stories delivered straight to your inbox every week.