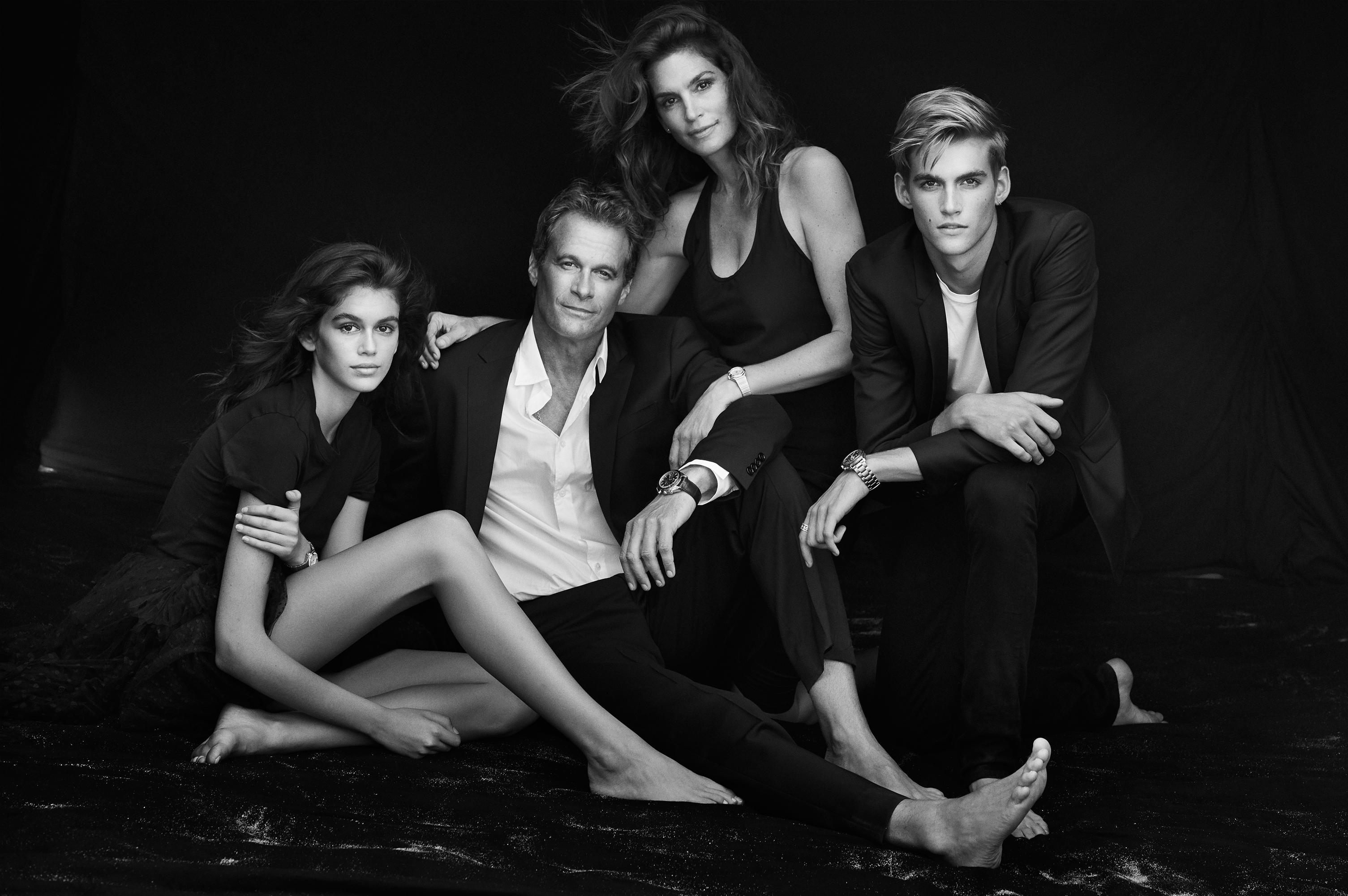 Paris Fashion Week has just come to an end, officially marking the close of the month-long global fashion frenzy. Though the occasion is mostly about new collections and trends taking over top designer runways, it’s hard to miss the tremendous amount of stylish glamour spotted elsewhere from the red carpets to the numerous parties. One such star-studded event took place at the historic Hôtel de Sully in Paris, where the entire Crawford-Gerber family came together to celebrate the opening of Omega’s “Her Time” exhibition.

The family of four — including supermodel Cindy Crawford and husband Rande Gerber, with their two genetically-gifted children Presley and Kaia Gerber — is possibly the most photogenic fashion family in the world right now, with Kaia making her runway debut earlier in New York before joining her mother at the Versace show in Milan, and older brother Presley walking the Spring shows for fashion powerhouses including Moschino, Philipp Plein, Ralph Lauren and Bottega Veneta.

Flawless as always, the 51-year-old Cindy Crawford looked stunning dressed in a pink sequin long-sleeved knee-length dress from a three-year-old collection by Givenchy. She paired the shimmery dress with a pair of Stella Luna ankle strap metallic pumps for a tone-on-tone attire, while sporting the 38mm Omega Aqua Terra co-axial master chronometer from the watch brand’s ladies’ collection.

As they went on stage, Crawford announced that her children will follow in her footsteps as Omega’s longest serving brand ambassador since 1995, as both Presley and Kaia have officially signed on to become the newest faces for the Swiss watchmaker.

“My journey with Omega has been incredible and I know that Kaia and Presley will enjoy working with the brand as much as I have. They are both talented in their own unique ways and I’m so proud that they will be the next ambassadors for these fantastic watches.” To mark the announcement, a special portrait of the entire family was also revealed. Captured by the renowned photographer Peter Lindbergh on Malibu Beach, it is the first official picture featuring all four family members together.

Omega’s traveling “Her Time” exhibition, which explores and celebrates the evolution of the watchmaker’s ladies’ timepieces from early pendant styles to modern-day wristwatches, is now open to the public from 9am to 5pm daily through 15 October at Hôtel de Sully, Paris.