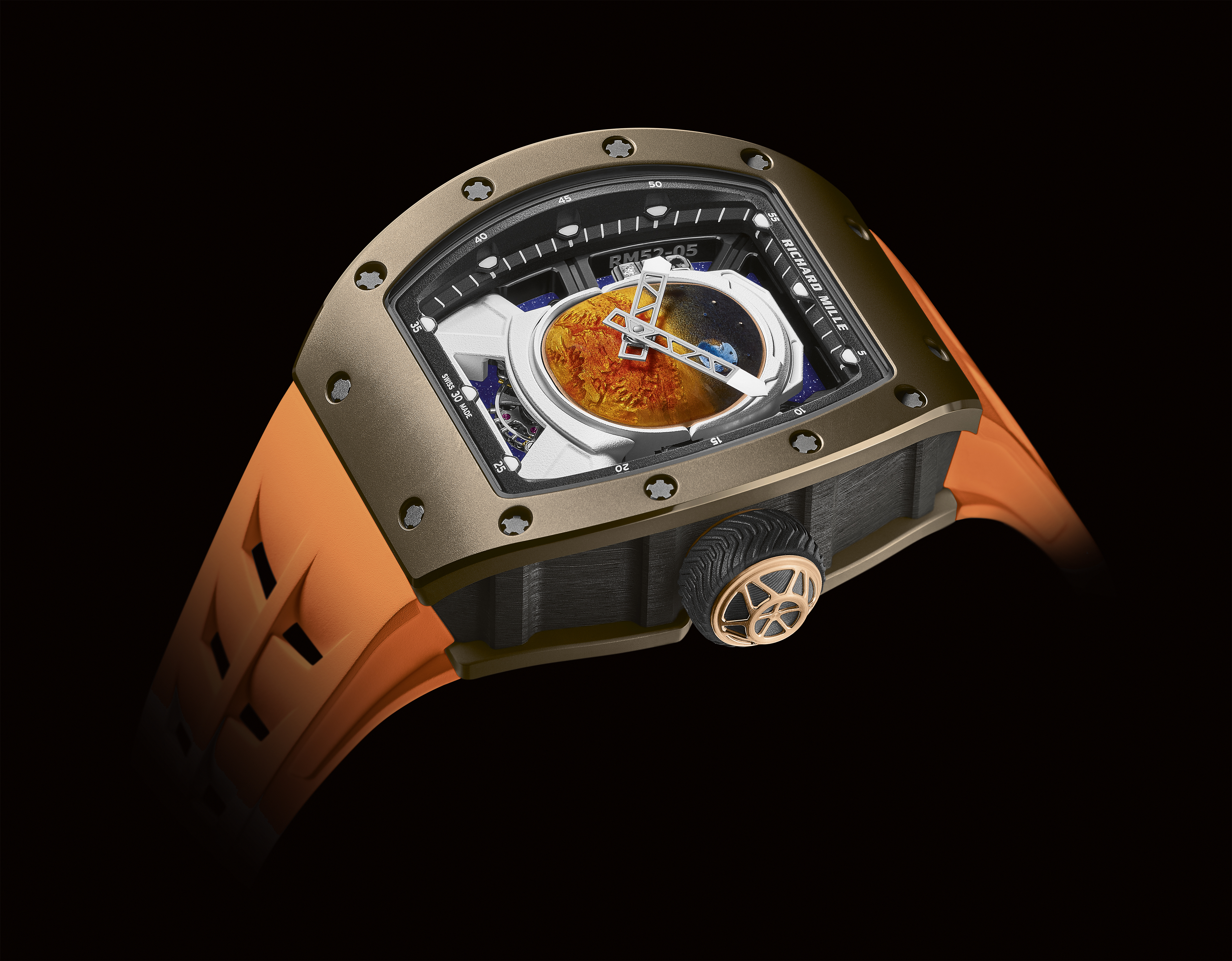 As if he couldn’t get any cooler.

Pharrell Williams is an overachieving jack-of-all-trades. Not content with just being a multiple Grammy winner as well as a two-time Academy Award nominee, the singer-songwriter-producer extraordinaire is also an accomplished entrepreneur and fashion designer.  Just when you thought he could not add any more accolades to his name, he now has his very own timepiece with none other than Richard Mille.

Style
The 5 sartorial rules for pulling off the shorts suit, the latest trend in menswear

Long known to be a friend of the Swiss luxury watchmaker, Pharrell has oft been spotted wearing a Richard Mille watch, yet this is the first time the two have actually worked together. Meet the RM52-05 Manual Winding Tourbillon: an exclusive timepiece available in a limited edition of only 30 pieces worldwide.

[All images courtesy of Richard Mille]

The design of the luxury timepiece draws inspiration from the concept of Space and Mars. This stems from Williams’ major fascination with Star Trek from an early age. It utilises the skills and craftsmanship of a painter, an engraver, and an enameller to its fullest.

The RM52-05 features high-tech materials in a miniature state, creating an artistical and technical challenge. Much like a space shuttle, the baseplate of the watch that carries the movement comes in grade 5 titanium. It also offers a glimpse into the skeletonised grade 5 titanium bridges that evokes rocket launch platforms. It also has large inserts in dazzling blue aventurine glass to give off a feel of what outer space is like.

Grade 5 titanium is also used for the case with indestructible hand-painted strokes for an all-pervading timelessness. The face of the dial features an astronaut helmet with a close-up look at what Mars is like. The enamel of the Red Planet has multiple colour changes. This is due to the superimposing layers with an increased number of firings at 850°. This allows it to have an orange to red and blue to black gradients.

The case comes in brown Cermet, combining the lightness of titanium with the hardness of ceramic. Its brown hue with metallic reflections is all thanks to the use of metallic zirconium matrix. The case band is made of Carbon TPT, a well-known component in the field of aerospace. Its crown is based on the design of a rocket capsule while the rubber surrounding it sports a distinctive profile of a Martian Rover tyre.

There are only 30 pieces of the Richard Mille RM52-05 Manual Winding Tourbillon Pharrell Williams available in the world. Best be quick about it if you’re looking to get your hands on one.

Style
Siam Magical Moments
Culture
Our theme for February 2020 is not cheesy at all
Food & Drink
A quest for the best dumplings in Bangkok (and what that actually means)
Style
10 fashion brand names you might be mispronouncing
Style
6 transparent watches that will make you want to bare all
Style
Designer lunches: the most famous fashion cafes around the globe
Travel
The ultimate travel guide to Bali
Living
Is Sindhorn Midtown the new boulevard of dreams in Bangkok’s Langsuan Neighbourhood?
Style
Gallery: KLOSET unveils new “The Hidden Treasure” collection
Style
Watch: Gucci’s Fall/Winter 2020 runway show live from Milan
Sign up for our newsletters to have the latest stories delivered straight to your inbox every week.