Updates from the world of watches: Panerai, Patek Philippe, and more 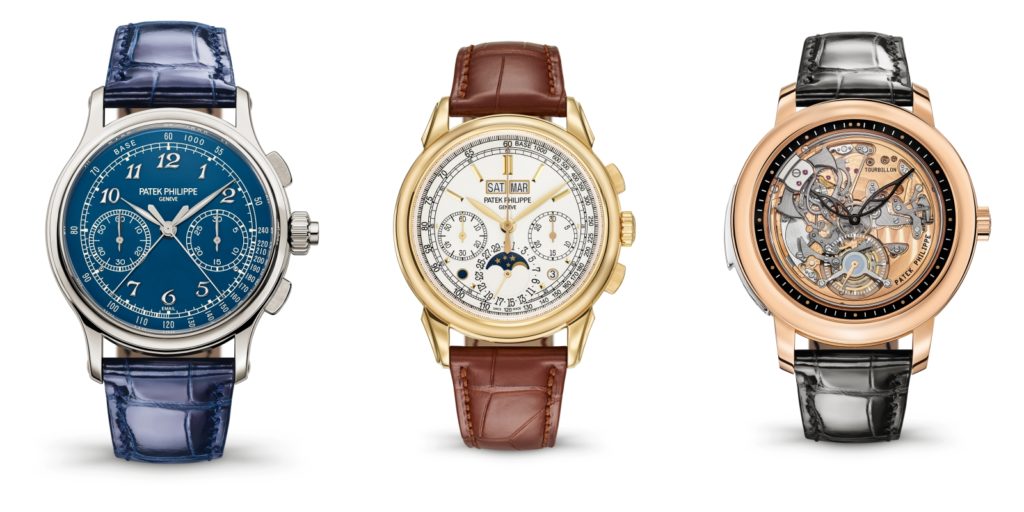 Everyone knows Patek Philippe as one of the greatest watchmakers of all time. Considered to be part of the holy trinity of haute horlogerie, Patek Philippe’s latest introduction is all about reasserting its expertise and dominance when it comes to grand complication timepieces. The first is Ref. 5303R-001, featuring a minute repeater as well as being easy on the eyes and ears; Ref. 5370P-011 is a split-seconds chronograph with a new blue grand feu enamel dial atop a new face; and Ref. 5270J-001 perpetual calendar chronograph with a new yellow-gold look. Panerai’s timepieces pay an ode to the ocean as with its latest model, the Luminor Blu Mare. Also known as “blue sea” in english, this watch encapsulates the marine heritage that is synonymous with Panerai. Its 44mm case is forged and turned in AISI 316L steel, a high-performance, low-carbon metal that is highly resistant against corrosion. This is also the first Luminor to feature a blue dial with satiné soleil decoration as well as an hour and minute hands with a rhodium finish. Its manually-wound movement was entirely designed and developed in-house by the Panerai Manufacture in Neuchâtel. Bell & Ross is steadily becoming a household name with its wide array of timepieces. For its Diver collection, it adds two new models — the BR 03-92 Diver Blue Bronze as well as the BR 03-92 Diver Full Lum. The former draws links back to the history of diving, being made entirely out of bronze while the latter plays with inverted contrasts, reversing the traditional principles of day and night legibility. Both watches are limited to just 999 pieces and feature the same calibre BR-CAL.302. Mr. Porter is at it again, this time pairing up with Jaeger-LeCoultre for a limited-edition timepiece for the latest addition to the Kingsman film series, The King’s Man. There are only 100 pieces of the Master Ultra Thin Kingsman Knife Watch, which draws inspiration from the celebrated 1907 ‘Couteau. It brings its historic mastery of ultra-thin calibres to the limelight once more with an all-new adaptation. Its design is based of Jaeger-LeCoultre’s traditional pocket watches with its crown located at the 12 o’clock, protected by a triangular bow that reminds one of a knife’s blade. 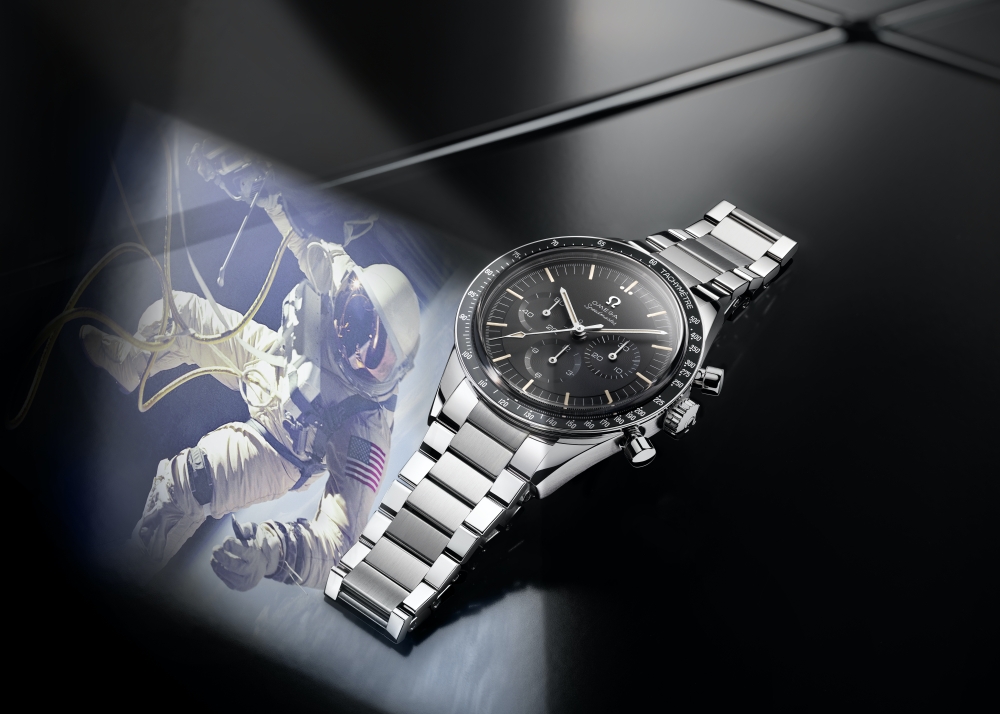 Omega brings back the Calibre 321 in the new Speedmaster Moonwatch. A calibre that dates back over 50 years finally reemerged once more, all of which were specially created inside OMEGA’s Calibre 321 Workshop. As for the watch, it features a bezel ring in polished black ceramic, a tachymeter scale in white enamel, and a black step dial with Moonwatch hands and the vintage Omega logo. 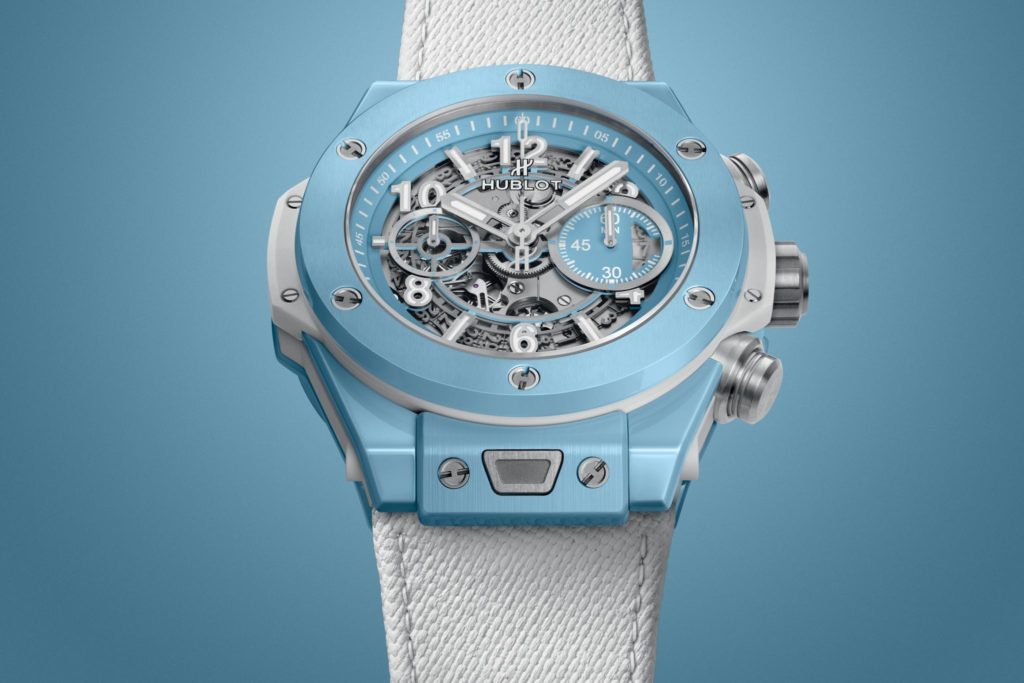 The latest addition to the Hublot Novelties collection is the Big Bang Unico Sky Blue. At 45mm, the watch case features all-new material, a polished and satin-finished ceramic case. Aside from having only 100 pieces available worldwide, the Hublot Big Bang Unico Sky Blue is also water-resistant up to 100m and it comes with white fabric straps. It also carries the HUB1242 UNICO self-winding movement with a chronograph flyback to boot. 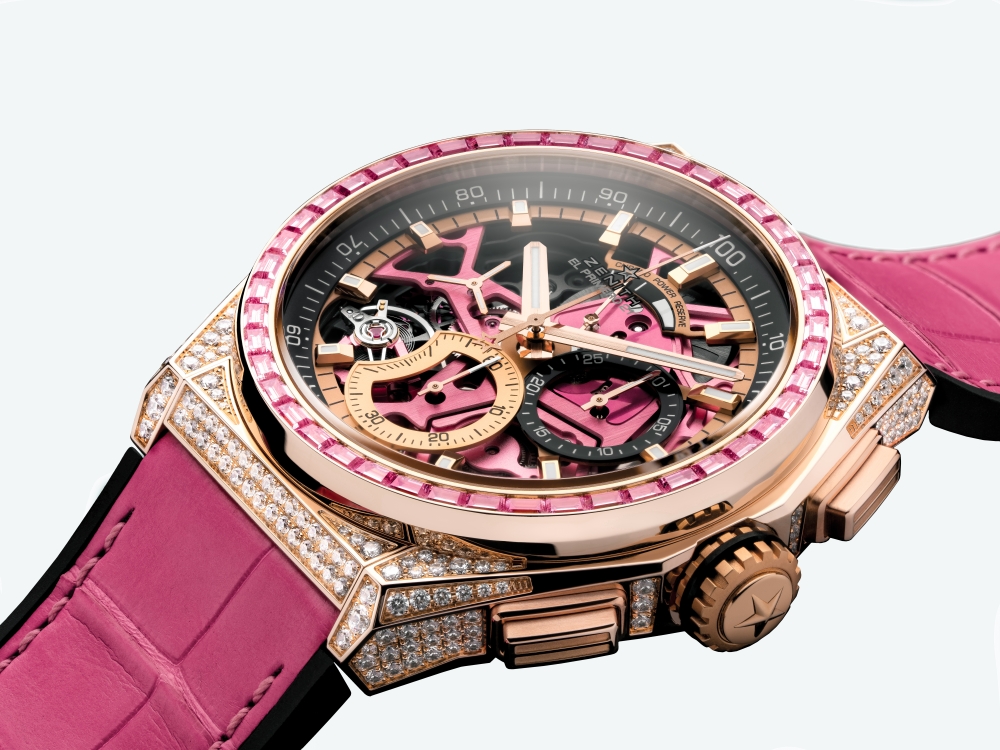 With all that is going on in 2020, it’s a year where Zenith stands up and takes a stand. It’s also the year it exclusively created watches just for women, starting with the Defy 21 Pink Edition. It was also created in association with Pink Ribbon Switzerland, with Zenith supporting a cause that affects countless women around the world. The watch itself comes in various shades of pink, giving it a modern yet gnarly look that would more than just inspire women from around the world. Longines goes way back to the 1940s to create its latest Heritage Classic – Tuxedo timepieces. Its nickname is due to its contrast of black and white on its dial, matching that of a sharp tuxedo suit. It also pays direct tribute to two historical pieces with a chronograph as well as a 3-hand model. The former features matt black, opaline and midnight blue, all of which are noticeable on the dial whereas the latter features an aesthetically pleasing design taken directly from the 40s. 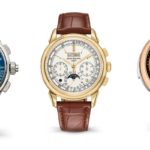 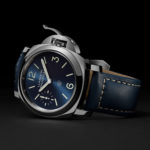 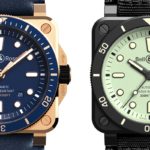 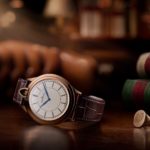 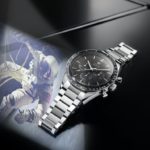 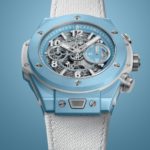 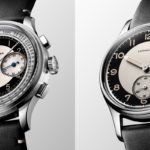 Style
Updates from the world of watches: Panerai, Patek Philippe, and more
Share this article
Next article

The likes of Bell & Ross, Panerai, and Patek Philippe lead the foray in our latest roundup on what’s going on in the world of watches.

In this week’s edition in the world of watches, we take a look at all the launches from some of the biggest names in the industry. The likes of Panerai, Zenith, and Hublot introduce new colourways to its existing pieces; others like Jaeger-LeCoultre are working with Mr. Porter for a special edition Master Ultra Thin timepiece.

Of course, there’s no forgetting Omega with its Moonwatch, Longines with its heritage pieces, and even Bell & Ross with its new collection of Diver watches. Last but certainly not the least amongst all is Patek Philippe. Considered as one of the holy trinity, Patek Philippe reasserts its grand complications expertise with three new models into the current collection.

Be sure to scroll down to read up on what’s new in the world of watches.

Omega Hublot Zenith Jaeger-LeCoultre Longines Panerai Bell & Ross Patek Philippe
You might also like ...
Style
Q&A: Catherine Rénier, CEO of Jaeger-LeCoultre
Style
Updates from the world of watches: Richard Mille, Audemars Piguet, and more
Style
6 immaculate ways to sport the petite timepieces trend
Style
The quintessential guide to moon phase watches, possibly the dreamiest timepieces of them all
Lifestyle Asia
Here's where you can read the latest news and stories from Lifestyle Asia, curated from all of our editions in Hong Kong, Singapore, Kuala Lumpur, Bangkok, India and Paris.
Luxury