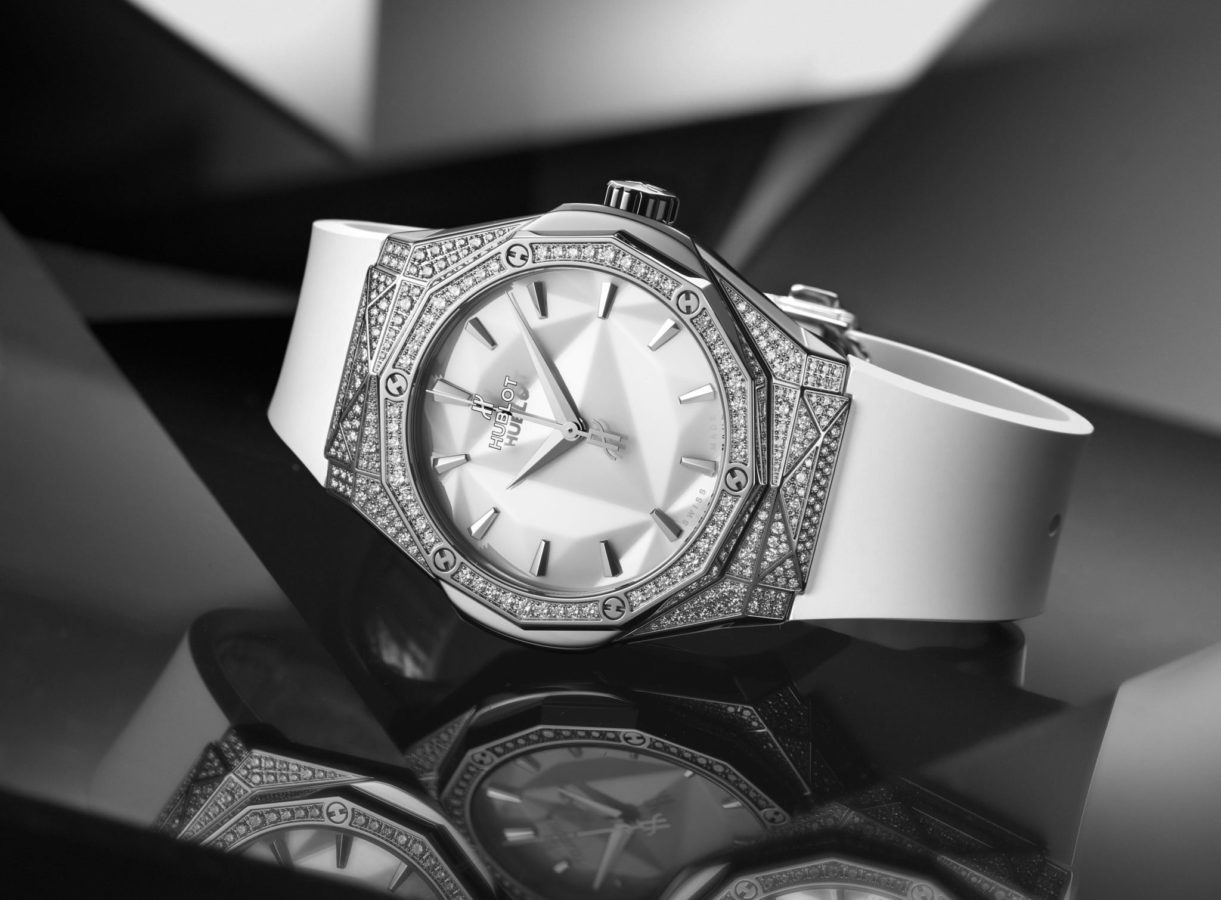 Updates from the world of watches: Piaget, Jacob & Co., and more

Style
Updates from the world of watches: Piaget, Jacob & Co., and more
Share this article
Next article

It’s another exciting week in the world of watches.

This week, we’ll be looking closely at the likes of Hublot, Piaget, Hermes, Jacob & Co., and Montblanc. In our last edition of Wrist Watch, we also featured a few of the same names on the list. But that doesn’t mean it’s the same as before — quite the contrary, actually.

Piaget will be releasing two limited-edition timepieces; Hublot introduces a new model into its Classic Fusion Orlinski series; Jacob & Co. features a Himalayan aspect to its latest watch; Zenith brings a carbon fibre makeover to its DEFY Classic; and lastly, Hermes has a new look to its Arceau Soleil.

For the full story, scroll on down below to check it out. The Hermès Arceau Soleil was created by Henri d’Origny in 1978, featuring its stirrup- inspired lugs. What was seen as a timeless aesthetic is back with the new collection of the Arceau Soleil. On the dial, you’ll spot the sunray pattern engravement across a subtle chiaroscuro gradient. Its hour markers are diamonds set into the sapphire crystal, which create the illusion of levitating above the dial. On the bezel, you’ll find 100 diamond gem-sets on the 36mm stainless steel case, topped off with an alligator strap of your choosing. The Hermès Arceau Soleil comes in two shades: blue or grey. 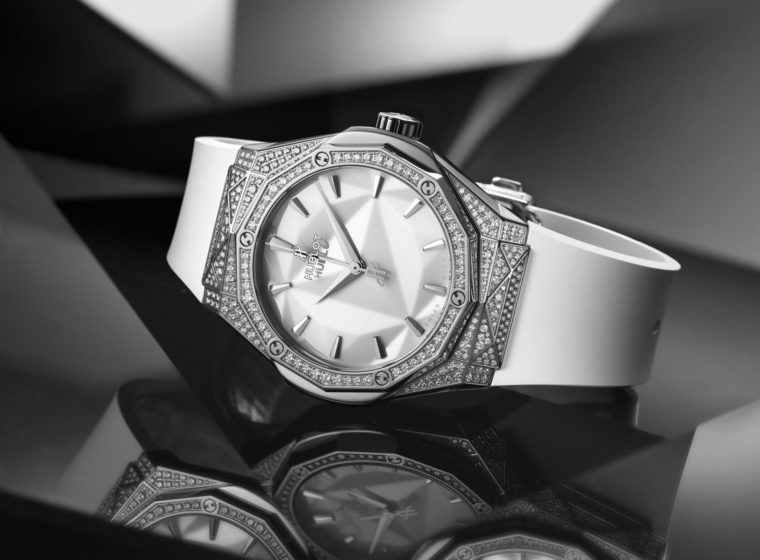 Both Hublot and Richard Orlinski have worked together since 2017 with the latest Classic Fusion Orlinski series showcasing the aesthetic signature of the artist. This is evident in the faceted dial, which Hublot has done extremely well in replicating in its watches. Many of Orlinski’s monumental works have been miniaturised with horological precision to create mirror effects on the dial. Of course, who can leave out the many brilliant-cut diamonds adorned on the bezel of the watch? There are six variations in total for the Classic Fusion Orlinski, four of which feature diamonds sets and the others do not. 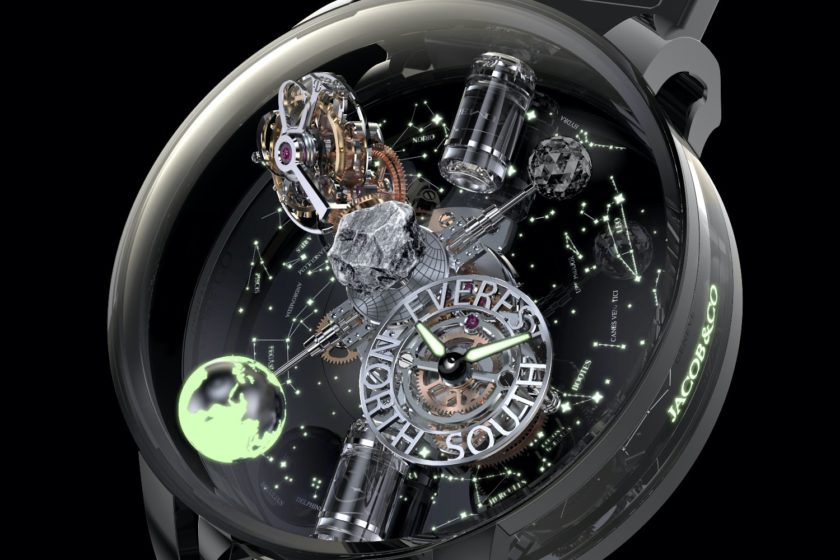 Jacob & Co. has long been known in the industry for his extravagant watches and jewellery. His latest timepiece, the Astronomia Tourbillon Everest, features a highly complicated timepiece that is both intricate and delicate at the same time. But what makes this different from its predecessor is the inclusion of a genuine Himalayan rock held within the timepiece. Based on the Astronomia Sky, the latest model houses Jacob & Co.’s signature double-axis gravitational tourbillon. The face itself is constructed with transparent buckets of water collected from the North and South poles respectively. At the centre of the timepiece is where you’ll find the rock from Everest. The Piaget Altiplano is back once more, this time in four new looks; two of which feature tourbillons. First up are two limited-edition Altiplanos at 38mm in a starry shade of blue splashed across the dial amidst pink-gold indexes and an 18K 5N rose-gold bezel. If you’re looking to really sparkle, you can opt for the bezel set with 78 brilliant-cut diamonds. The watches are limited to just 300 pieces worldwide.

As for the Piaget Altiplano Tourbillon, it is also a limited-edition masterpiece in a 38mm and a 41mm case that’s made out of 18K 5N rose-gold. Both watches also feature off-centred hours and minutes at the 8 o’clock while its flying tourbillon rests at the 2 o’clock marker. The main difference is that the 38mm has 64 brilliant-cut diamonds on the bezel and the 41mm has only 60 diamonds. The colour of its dial also differs with the 38mm carrying a pure white mother-of-pearl dial with a sunray motif and grey indexes while the 41mm has a blue lacquered dial, also with a sunray motif and rose gold indexes. Lastly, both watches are limited to just 88 pieces worldwide. 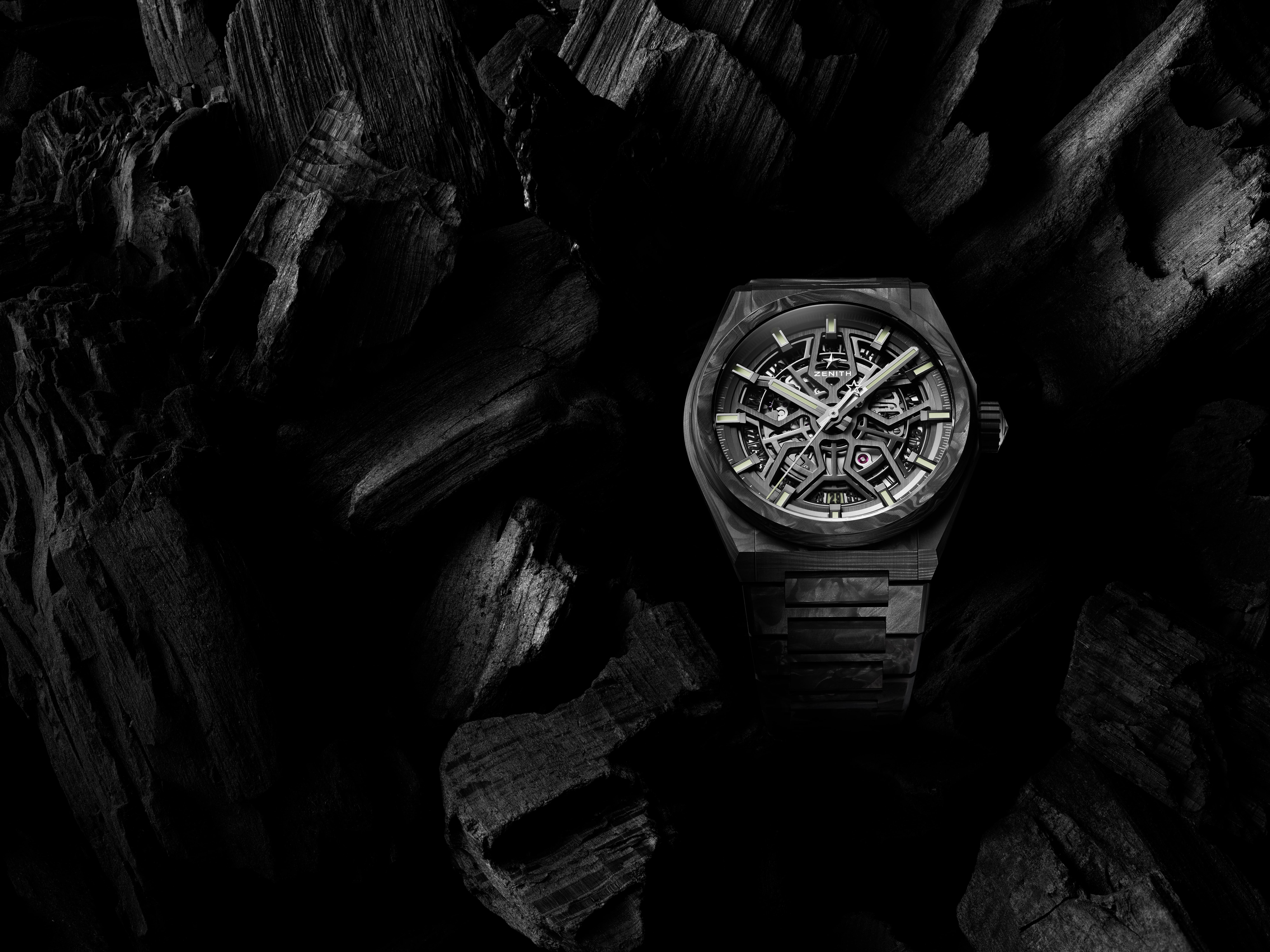 The Zenith DEFY Classic is an instant fan favourite for many reasons. It now gets a makeover, making it lighter and bolder while still being innovative. The DEFY Classic Carbon is what it says in the name — its bathed in carbon fibre, all the way from its case to the integrated bracelet, a first for an automatic watch. Zenith has ensured that the DEFY Classic Carbon gets the full carbon fibre treatment, which allows it to weigh in at just 65 grams. What’s great is that Zenith was also able to sculpt the carbon fibre bracelet to fit against your wrist comfortably and securely with a titanium clasp.

Watches Hublot Zenith Hermès Piaget Jacob & Co
Wi-Liam Teh
Senior Writer
Wi-Liam is a geek at heart with a penchant for tattoos. Never without a drink in hand (preferably whisky, gin, or Guinness), he is also a writer by day and a keyboard warrior by night. On his day off, he masquerades as a streetwear and sneakerhead enthusiast while his bank account says otherwise.
Tech Cars Watches Entertainment Food Drinks