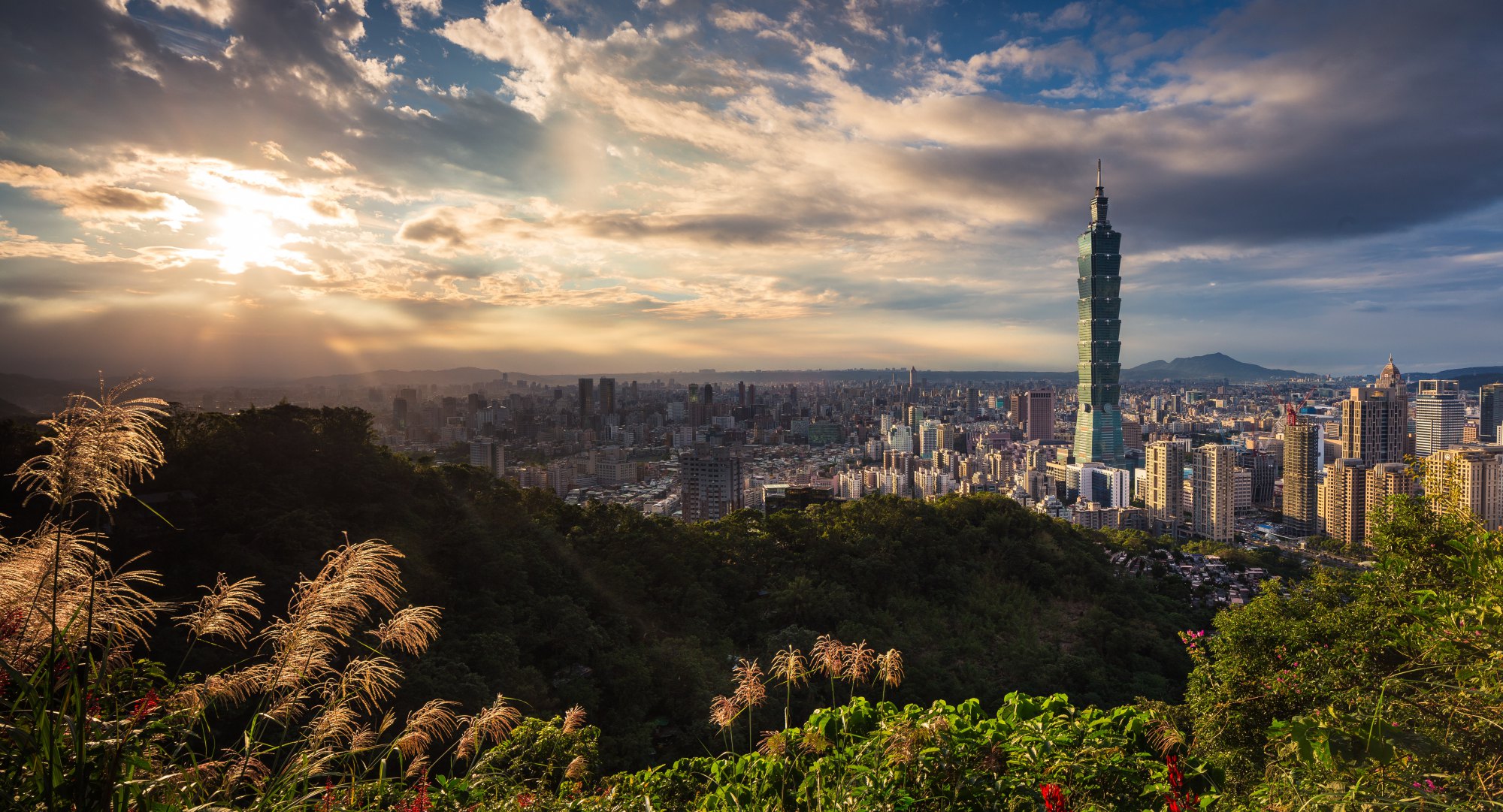 How to spend 48 hours in Taipei

Taiwan is a beautiful country with the friendliest, most accommodating people. Most first-timers will definitely visit Taipei to familiarise themselves with the country. And with good reason. Taipei is a sweet spot between the hurricane of culture that is China and the polite sophistication of Japan. This is thanks to both cultures being in close proximity of Taiwan. However, if you don’t have enough time to visit all the touristy areas, 48 hours in Taipei is enough to cover most of the iconic spots. There is a caveat—you’d need to stay in the right place to have easy access to all these spots.

And that brings us to our next point. The best place to stay to be within close proximity of most attractions and yet not be in the thick of people—Xi Men Ding, we’re looking at you—is the Grand Hyatt Taipei in the Xinyi district. This five-star hotel is located right next to the iconic Taipei 101 skyscraper (there’s even a connecting bridge) and is one of the largest luxury hotels in Taipei.

How large are we talking? 853 rooms, nine dining outlets, a spa centre, multiple function rooms, a banquet hall, and more. Being one of the older luxury properties in Taipei, it sure doesn’t look like it. The 29-year-old hotel revamped its rooms three years back and also did a major facelift, adding several crystal chandeliers to its lobby.

During our time here, we got to stay in the Grand Executive View Suite which had a direct vista of the Taipei 101 building. The suite featured a newly refurbished design, which was a fresh take on Japanese zen with modern Chinese, filled with contemporary art pieces and wooden fittings.

However, trust us when we say that the Grand Hyatt Taipei is perhaps the perfect location for a 48-hour stint in Taipei. Its location right smack in the Xinyi district is within walking distance to most attractions, if not an MRT stop away via the Xinyi MRT line.

When staying at Grand Hyatt Taipei, the first order of business will be to check out the adjacent Taipei 101, just one pedestrian bridge away. While at Taipei 101, you can either do some shopping for luxury goods in the mall below or head straight up to the Taipei 101 observatory. Upon purchasing a ticket, you’ll then take one of the fastest elevators in the world, taking only eight seconds to get you up to the 89th floor. Be warned though—your ears will be blocked.

On the 89th floor, you’ll be treated to sweeping views of the city from all angles. You’ll be surprised to find that unlike the Tokyo Sky Tree, it’s not all buildings here in Taipei—there’s a significant patch of hilly area quickly visible to the eye, part of which is the ‘Xiangshan’ or Elephant Mountain trail.

What’s great about the hotel’s location in Xinyi is that the area is a large connected network of shopping malls, from Shin Kong Mitsukoshi to Neo 19. All are within walking distances to each other, and most are connected via a pedestrian bridge so you don’t have to worry about the rain or sun.

If you’re looking to get cultured, just two streets away from the hotel is the Sun Yat Sen Memorial Hall, a large tribute to the founding father of modern China. While the expansive hall is the main attraction filled with historical relics of Dr. Sun’s life, it is also a meeting ground for social, cultural, and educational activities. In the mornings and evenings, the park surrounding the memorial hall is filled with locals getting their fill of exercise.

Speaking of exercise, you might want to pay a visit to Elephant Mountain, or locally known as Xiangshan, for a bit of a hike. Before you pack your hiking gear, relax. Its hiking difficulty is entirely up to you. For something easy that won’t take up too much time in your day, there’s the 20-minute hike up the staircase that leads you to a spectacular view of the city. If you’re feeling gung-ho, you can try a longer mountainous route that takes several hours of your time. However, as we only have 48 hours in Taipei, we’ll skip the latter. Conveniently enough, the start of the Elephant Mountain trail is close to the Xiangshan MRT station, which is only a stop away from the Taipei 101 MRT station.

When in Taipei, visiting a night market is a must for its street food. There are many night markets scattered across the city, but most tend to have similar offerings of fried chicken, Taiwanese sausage, oyster meesua, stinky tofu, Taiwanese hotdogs, and pork buns. Luckily, you don’t have to travel too far from the Grand Hyatt Taipei to find one. Also within walking distance is the smaller, less touristy, and less crowded Tonghua Night Market. It doesn’t have the grand lights and bustling vibe of Shihlin Night Market, but it will serve you equally as well with all the street food you need.

Other than the signature Taiwanese street foods, you also can’t miss out on having xiao long bao in the birthplace of Din Tai Fung. There’s an outlet conveniently located in the Taipei 101 shopping mall, but be warned—the queues can be long. Should you be interested in having finer food, there are more dining options within the Grand Hyatt Taipei that are worth trying out. Pearl Liang, for example, is a great place to have Cantonese dim sum. Here, you can find exquisite reiterations of your favourite dim sum including siu mai with abalone, delicately wrapped har gao, and more. For finer Chinese dining, visit Yun Jin, the hotel’s newest Chinese restaurant that serves Taiwanese delicacies for the refined palate.

During your 48 hours in Taipei doing the activities listed, the only mode of transportation that you really need is your own two feet and perhaps a short ride on the MRT. After all, time is money.

Taipei Grand Hyatt Taipei Asia travel
PohNee Chin
Editor, Kuala Lumpur
Poh Nee is the editor and writes about travel and drinks. When she's not living out her holiday dreams via Google Earth and sipping on an Old Fashioned down at the local bars, you can find her snug at home bingeing on Netflix and mystery fiction. Reach out to Poh Nee via email at pohnee@lifestyleasia.com.
Travel Drinks

Living
Our Good Life Guide to Staying In
Style
Best Dressed in Bangkok: Quarantine Grocery Shopping Edition
Culture
30 things to do to kill quarantine boredom
Style
8 fashionable face masks for Bangkokians with style
Food & Drink
The best burger deliveries in Bangkok
Living
How to boost your metabolism and get closer to your dream body
Food & Drink
Cook up a storm with these meal kits from HomeSpace Market
Gear
A project called ‘Postcards from Isolation’ aims to reconnect people amidst the pandemic
Food & Drink
So you have a box of cereal. What can you do with it?
Food & Drink
Celebrity chefs launch a cookbook to raise funds for unemployed restaurant workers
Sign up for our newsletters to have the latest stories delivered straight to your inbox every week.