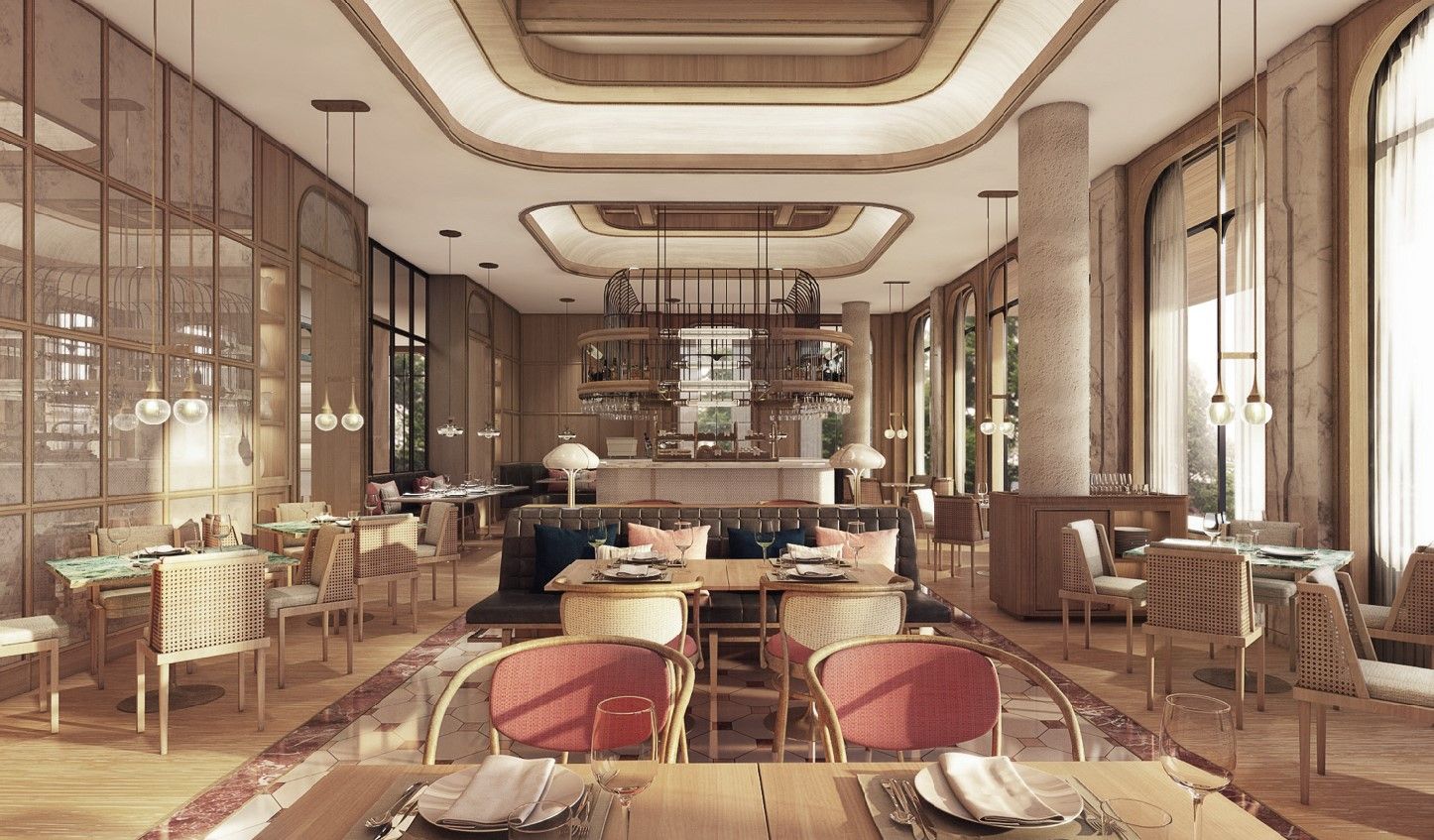 The Thai capital has been experiencing a massive boom in its hospitality industry, especially with the increasing number of airlines flying directly into the city. The result? New hotel openings taking place every few months — literally.

Whether you’re planning for your next vacation in Bangkok or looking to switch up your usual staycation, the city is expecting some of the most exciting luxury Bangkok hotels that you’d want to check into. From Waldorf Astoria’s first property in Southeast Asia, the first Hyatt Regency in Bangkok to an EDITION Hotel inside the city’s tallest building, check out these 6 five-star hotel openings that are taking over the city in 2018/2019. 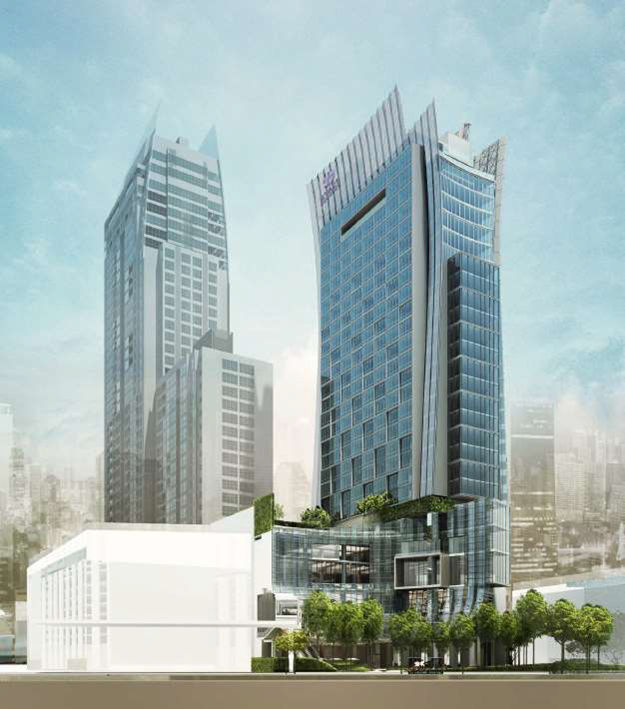 Those who’ve been impressed by Hyatt Regency Hua Hin will be thrilled to know that Bangkok’s first Hyatt Regency is set to open in the third quarter of 2018, joining its other sister properties Grand Hyatt Erawan Bangkok and Park Hyatt. Conveniently located on Sukhumvit Soi 13 and directly connected to Nana BTS station via the hotel’s skybridge, the premium hotel will feature 273 rooms, including 21 suites and a Presidential Suite; Market Café, an all-day dining venue; On29, a multi-purpose residential event venue and tapas bar; Roof Bar, lobby lounge, wellness facilities and most notably, over 1,300 square metres of meeting and event space. 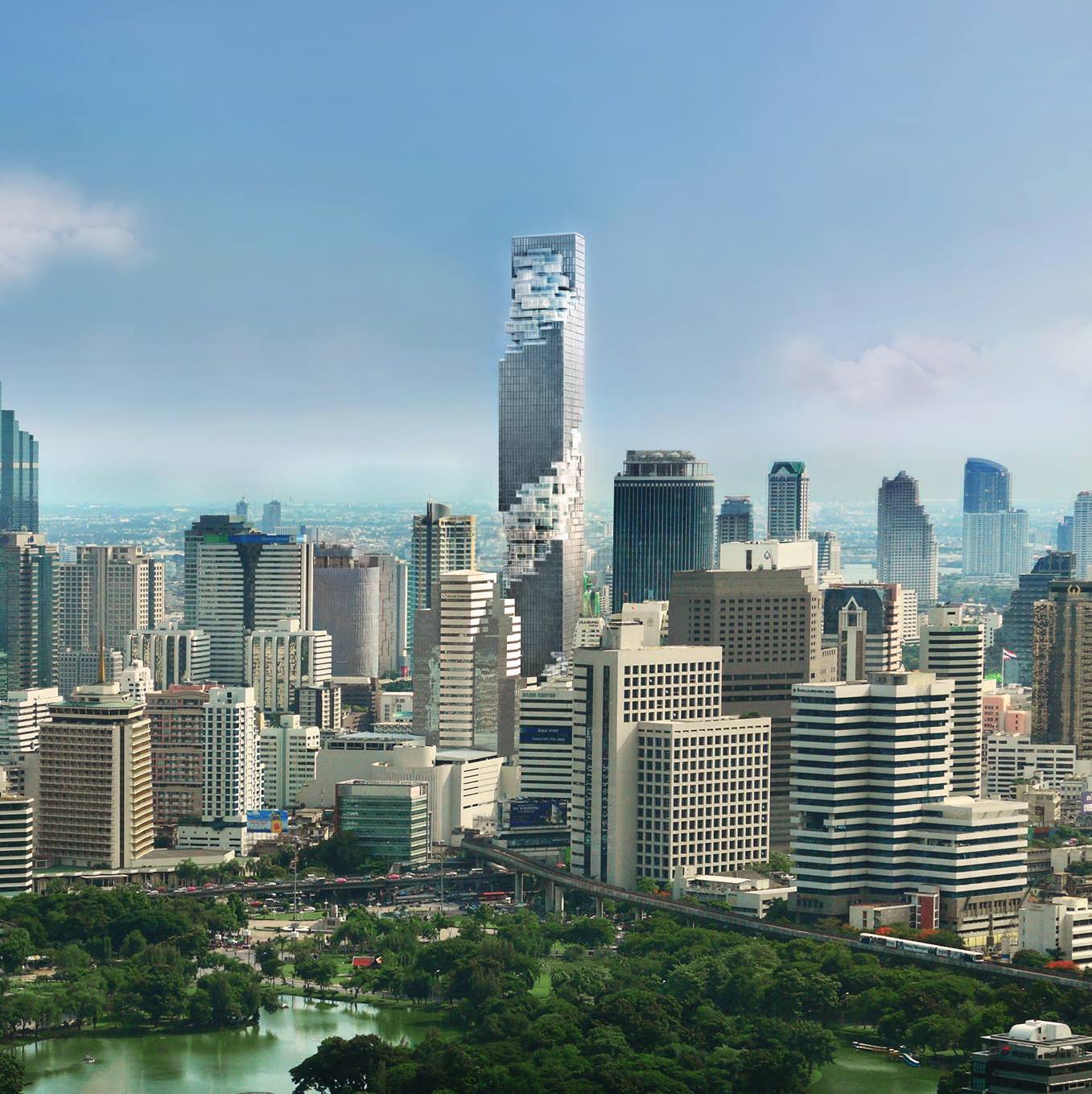 2018 is set to be a big year for EDITION Hotels, expanding its porfolio with openings include Shanghai, Abu Dhabi, Barcelona, and Bangkok, its first property in Southeast Asia. Situated inside architect Ole Scheeren’s pixelated, futuristic-looking MahaNakhon, known as the city’s tallest skyscraper, The Bangkok EDITION will occupy the lower floors of the 77-storey tower with 154 guest rooms, two signature restaurants, bars, a pool, fitness center and spa with four treatment rooms. The higher floors will be slated for the private Ritz Carlton Residences and naturally, a rooftop bar boasting unobstructed views of the Bangkok skyline. 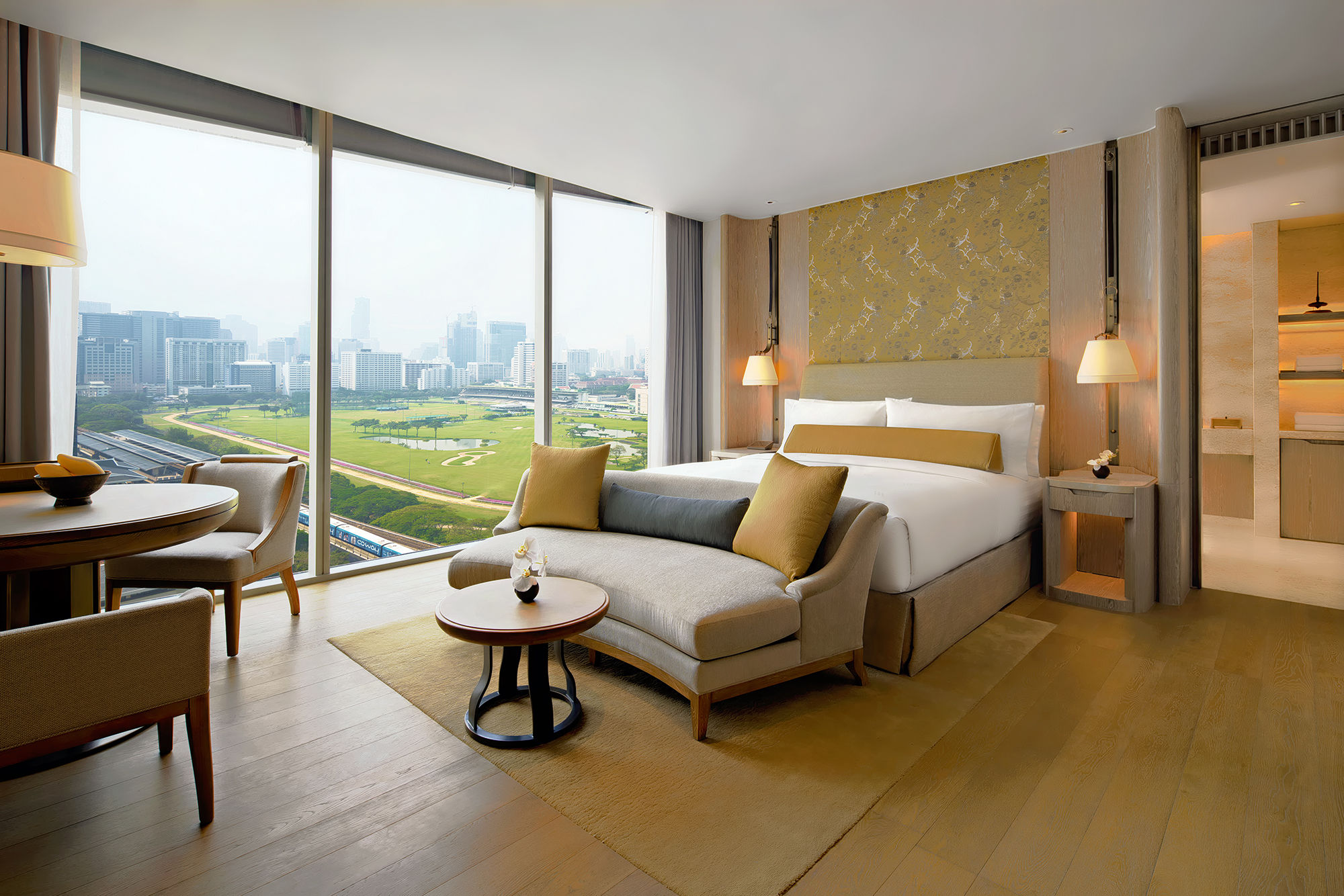 One of Asia’s most anticipated openings, Waldorf Astoria Bangkok will mark the very first Waldorf Astoria hotel in Southeast Asia,  joining its Asian portfolio of hotels in Beijing, Chengdu and Shanghai. Located between Chitlom and Ratchadamri BTS stations in the heart of the capital’s shopping district, Hilton’s luxury brand hotel in Bangkok will boast 171 luxuriously appointed guest rooms and suites with floor-to-ceiling windows, all designed by award-winning designer André Fu and his design studio AFSO. Primed to be a dining destination in itself, the hotel will also feature three unique restaurant concepts, a lounge and two bars. 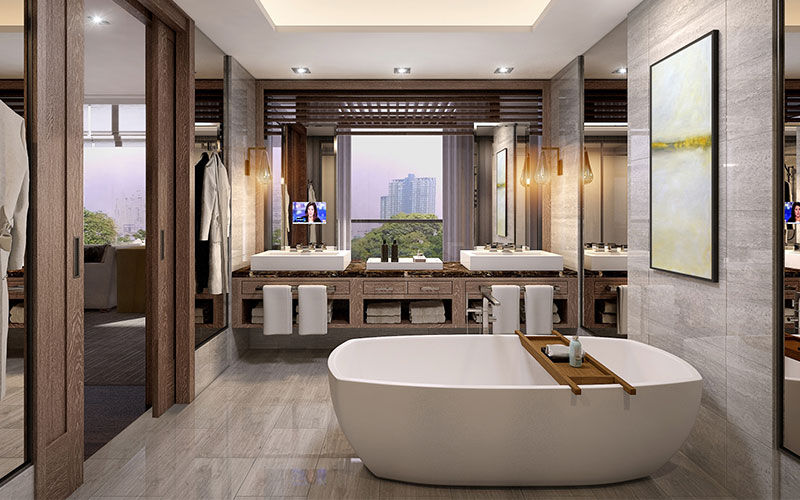 Having been listed as being under development since 2009, Capella Hotel Group has finally announced the opening of Capella Bangkok in the last quarter of 2018. Situated along the east bank of the majestic Chao Phraya River, the all-suite, ultra-luxe hotel is deemed to set the benchmark for luxury hotels in Bangkok, with 101 suites and waterside villas overlooking the city’s most revered waterway, not to mention over-the-top offerings such as thermal bathing, an oriental tea lounge and an open-air spa. Here, you can choose to dine at the gourmet restaurant conceptualised by two-Michelin-starred Argentinian chef Mauro Colagreco, indulge in the decadent dessert bar or take a cooling splash in the outdoor pool. 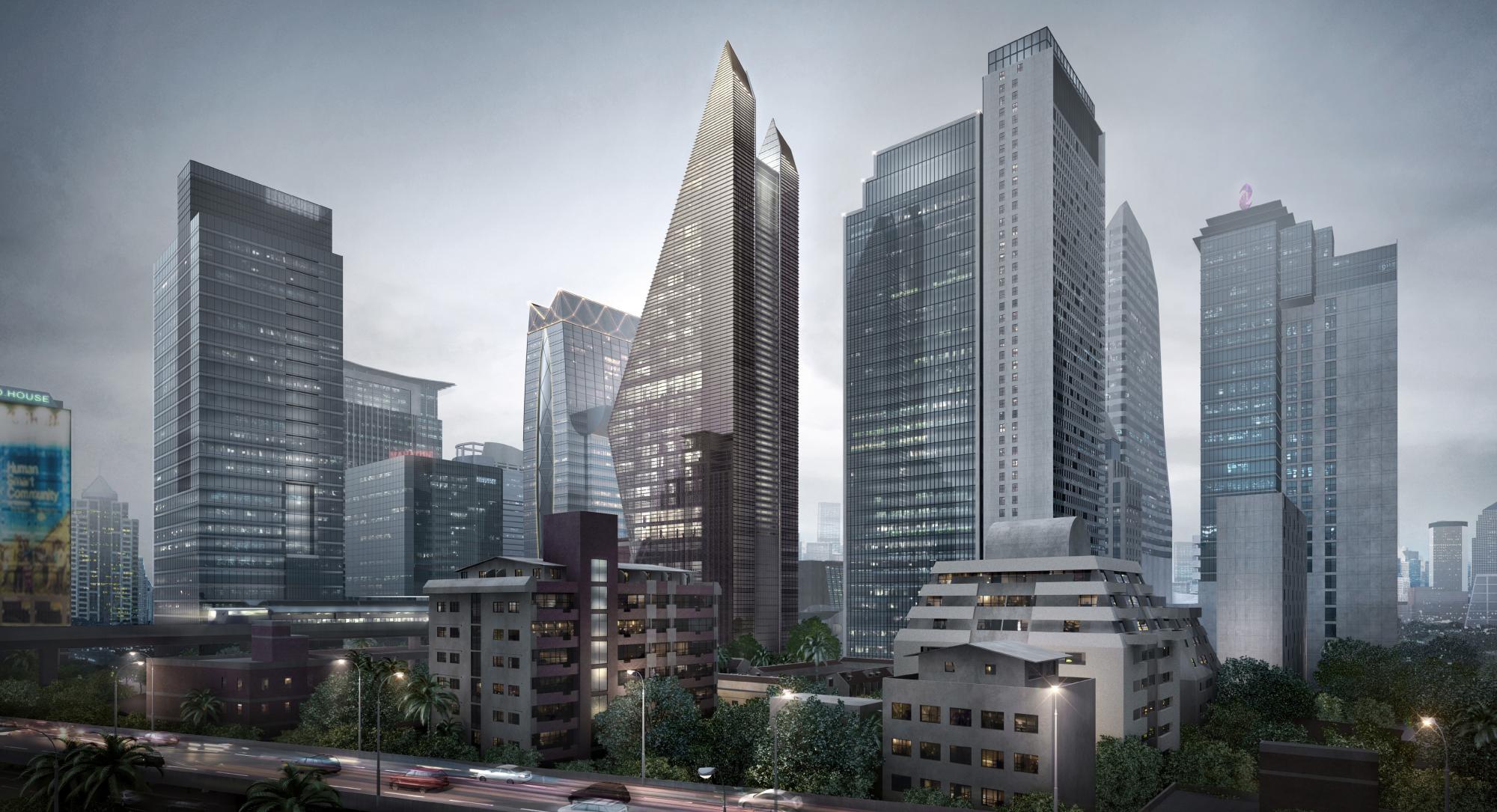 Following the success of Rosewood Phuket, Rosewood Hotels & Resorts has announced to launch its second property in the Kingdom. Centrally located within Bangkok’s central business district along Ploenchit Road and with a direct link to Ploenchit BTS station, the 159-room, 33-storey hotel will include 64-square-metre Pool Sky Villas with spacious terraces and private plunge pools. An ideal downtown resort embracing the brand’s ‘A Sense of Place’ philosophy, the hotel will be home to three restaurants and bars, Rosewood’s signature Sense spa, a swimming pool and a fitness centre. 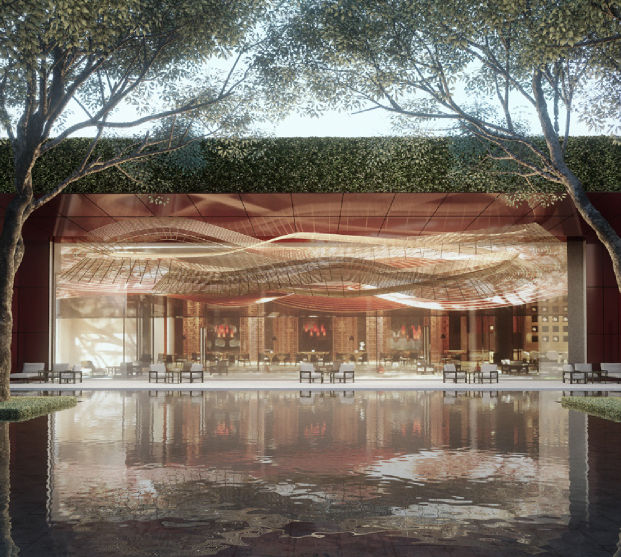 It’s official: Four Seasons is returning to the city with the opening of Four Seasons Bangkok at Chao Phraya River, since Four Seasons Bangkok was rebranded as Anantara Siam Bangkok in 2015. Built in a distinctive cascade shape, the luxury hotel will sprawl over 9 acres, with more than 300 accommodations and facilities designed to offer guests unexpected serenities and a unique environment for an exceptional waterfront experience. Renderings show modern interiors in grey and white colour tones — a departure from the traditional dark wood and silk prints at its former property on Ratchadarmri Road.