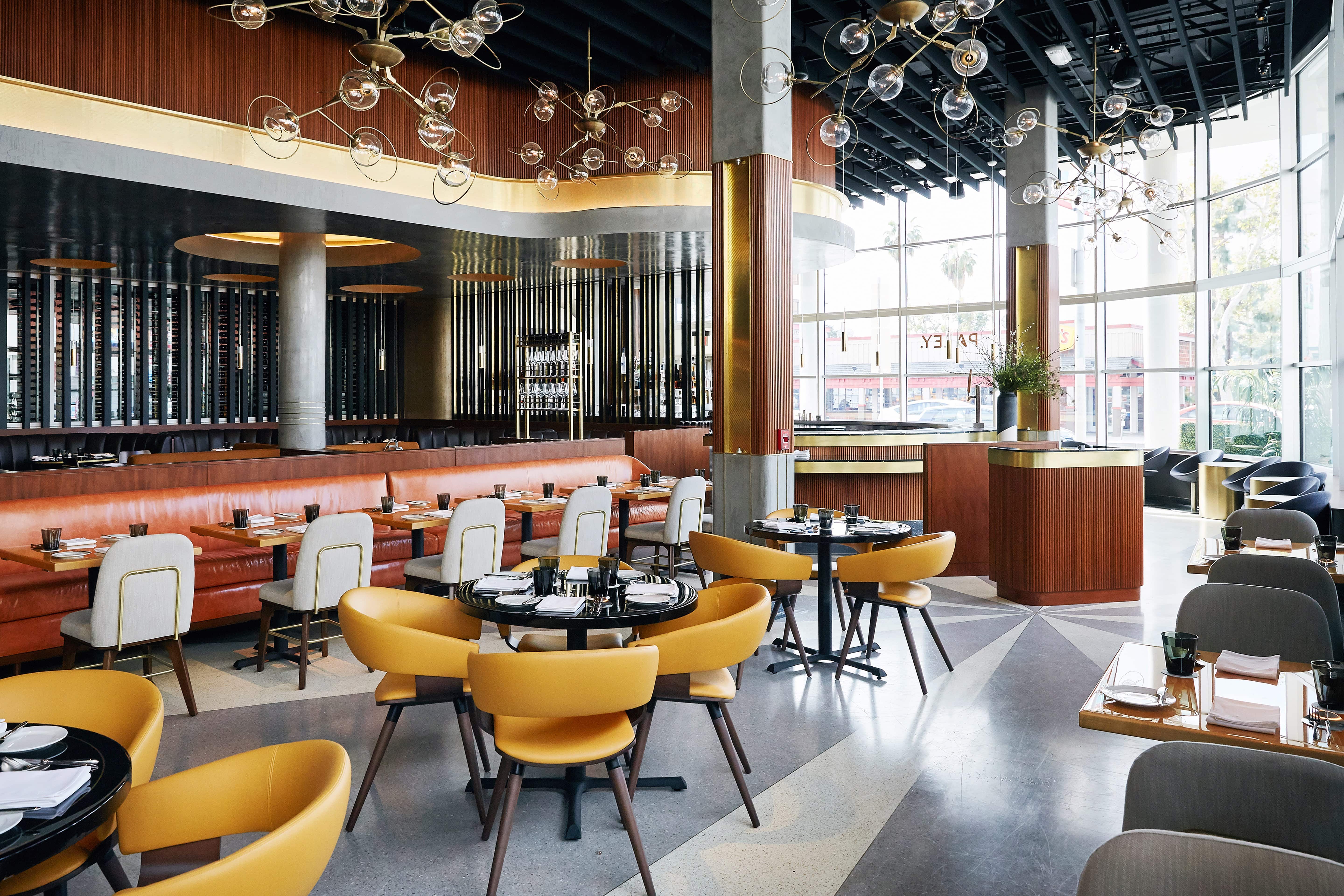 7 places to dine like a local in Los Angeles

Home to Hollywood and many of its brightest stars, the city of Los Angeles has long been synonymous with glitz and glamour. Its list of famous landmarks could go on forever: The Dolby Theatre (which hosts the annual Academy Awards ceremony), the upscale Rodeo Drive shopping district — dotted with designer stores such as Hèrmes and the by-appointment-only House of Bijan — and the iconic Muscle Beach (where the likes of Arnold Schwarzenegger have trained).

That’s not even counting its cultural highlights, which range from art museums The Broad and Getty Center, to the relatively new OUE Skyspace — Calfornia’s highest open-air observation deck at almost 1,000 feet (305 metres) above the city. There’s even a dedicated Arts District in Downtown Los Angeles, filled with hip boutiques and buildings decorated with colourful murals.

But another thing that Los Angeles is known for, is its vibrant dining scene. From trendy food trucks to casual burger joints (Shake Shack or In-N-Out Burger, anyone?) and posh fine dining restaurants, the city boasts myriad options for foodies. The wide variety of eateries may be rather overwhelming, especially if you’re a first-time visitor, so we’ve put together a guide on where to dine in the city. Read on, and start planning for your next trip to Los Angeles. 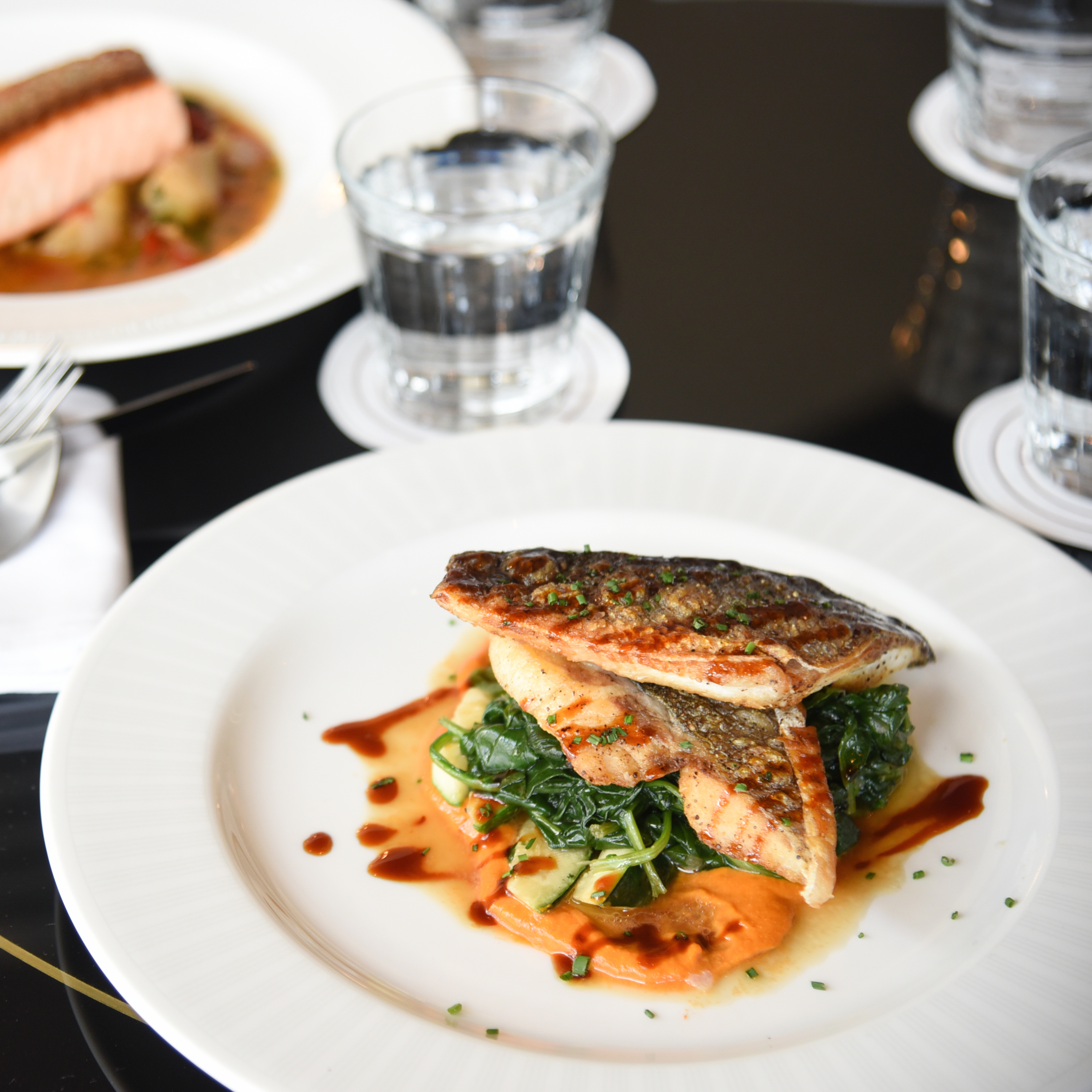 Named after the late CBS CEO William S Paley, and situated in the space that once housed the first Hollywood-based film production company, Paley is a sleek and sophisticated restaurant decked out in brown leather, dark oak tables, and wood columns with brass details. It focuses on seasonal and local ingredients, and incorporates Japanese flavours in some of its dishes. Must-try highlights include salmon tacos with watermelon relish, lobster macaroni and cheese, and sushi rolls like the Hollywood roll — which comprises spicy tuna, jumbo lump crab, and avocado. 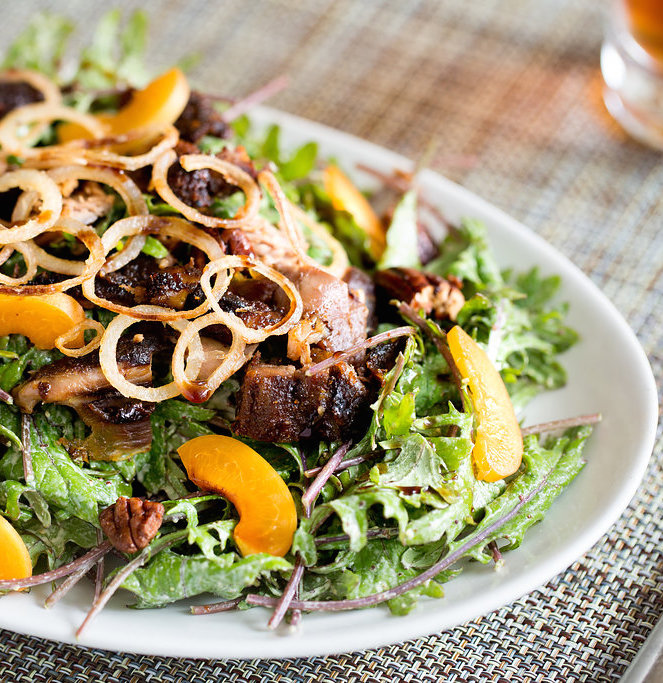 Also championing farm-to-table and seasonal produce is Craft, a chic establishment at Constellation Boulevard. Diners can expect a wide variety of options spanning salads, meats and seafood. Noteworthy dishes include the barbecue duck salad tossed with red Russian kale and pecans, and tagliatelle with chanterelles and thyme. The restaurant also offers a scrumptious range of desserts such as chocolate sticky pudding, parmigiano reggiano ice cream, and possibly the best chocolate chip cookies we’ve ever had — large, chewy biscuits packed with copious amounts of gooey chocolate. Leave your diet plans at the door and load up on hearty Neo-Neapolitan pizzas at Pizzana, which bakes its pies in-house using a dough made from a mix of imported Italian flours. Signature pizzas range from the Amatriciana — which is topped with fior di latte, red onion, shaved parmigiano and sprinkled with crispy prosciutto — to the Pignatiello, a blend of meat gravy, parmigiano crema and basil. The restaurant also prides itself on using San Marzano tomatoes exclusively grown for Pizzana in the Neapolitan countryside. If you’re feeling adventurous, head over to Wurstküche for sausages in unconventional flavours like pheasant, lamb, duck and bacon, and rattlesnake with rabbit. The latter is surprisingly tasty and not gamey, with a buttery texture. Less exotic options such as pork bratwurst, chicken and apple, and mango jalepeño (our favourite, because of its juxtaposition of sweet and savoury flavours) are also available. Each hot dog is served on a bread roll with two toppings — examples include caramelised onions and sauerkraut — and gourmet mustards such as dijon and honey mustard. Pair this with a side of the eatery’s addictive fries, which are deep fried twice for an extra crispy exterior, and round everything off with beers from the extensive drink list. With its dim lighting, exposed brick walls, and touches of foliage, The Tasting Kitchen looks every inch the quintessential hipster’s hangout. Its diverse menu spans charcuterie, seafood, meats and cheeses, as well as features a wide selection of pasta dishes. Go for the tagliatelle with chanterelles — which is perfectly al dente — and the fusilli, which is simply cooked in tomato and cured olives but is absolutely delicious. Savour these with one (or a few) drinks from the restaurant’s cocktail list, which offers concoctions such as All Day Affair — a sweet brew of gin, aperol and rose. 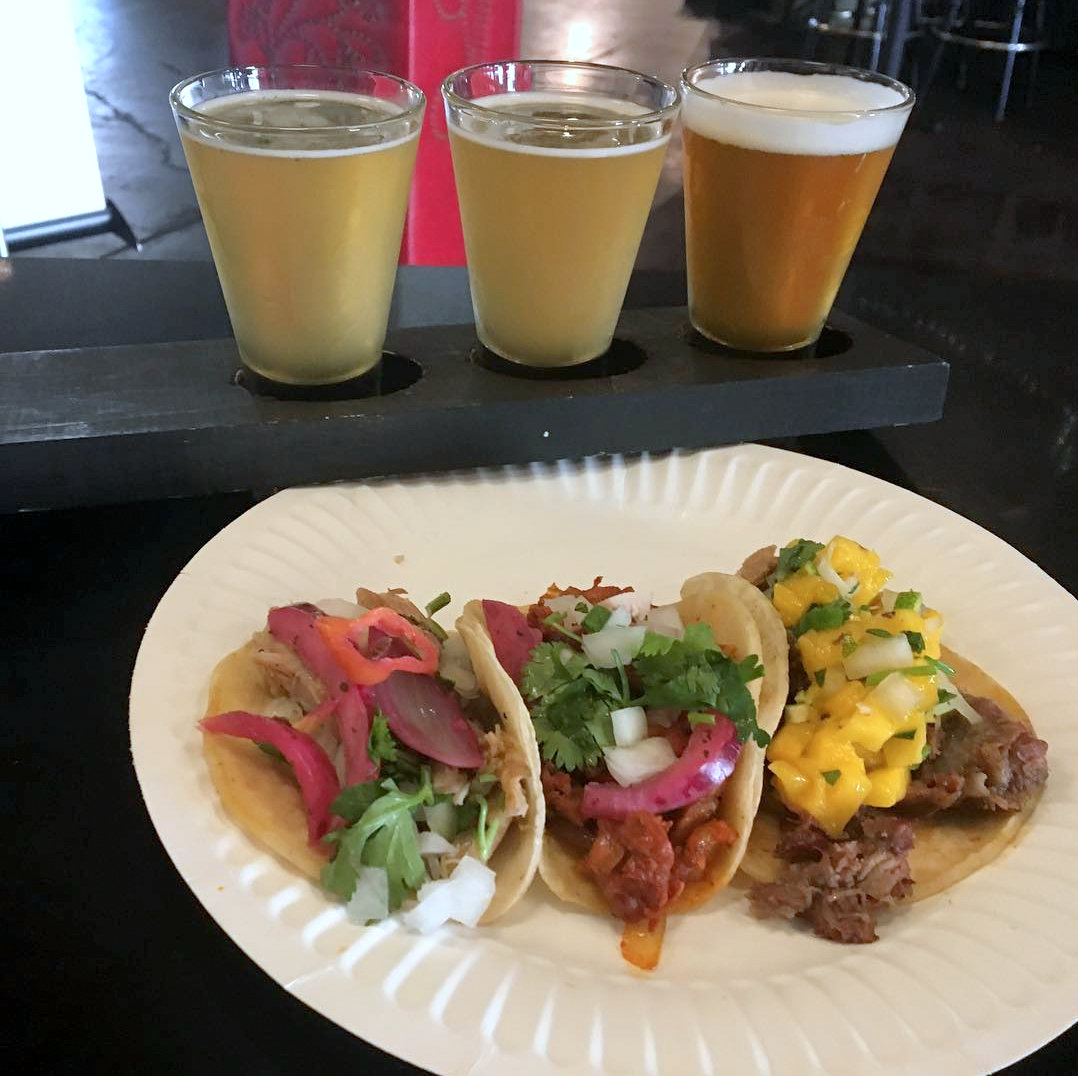 Food trucks are pretty commonplace in Los Angeles, but a particularly noteworthy one is Downtown Taco, which is permanently based at Angel City Brewery. It specialises in tacos, quesadillas and nachos in a variety of flavours and toppings. Highlights include the Asada tacos packed with juicy strips of grilled steak, and the homemade nachos, which are layered with generous portions of cheese sauce, guacamole, and shredded cheese. Don’t forget to wash these down with the excellent craft beers at Angel City Brewery — our pick is the Ventura Fresa, a delightfully tart and fruity ale that’s aged in chardonnay barrels with local strawberries for six months. 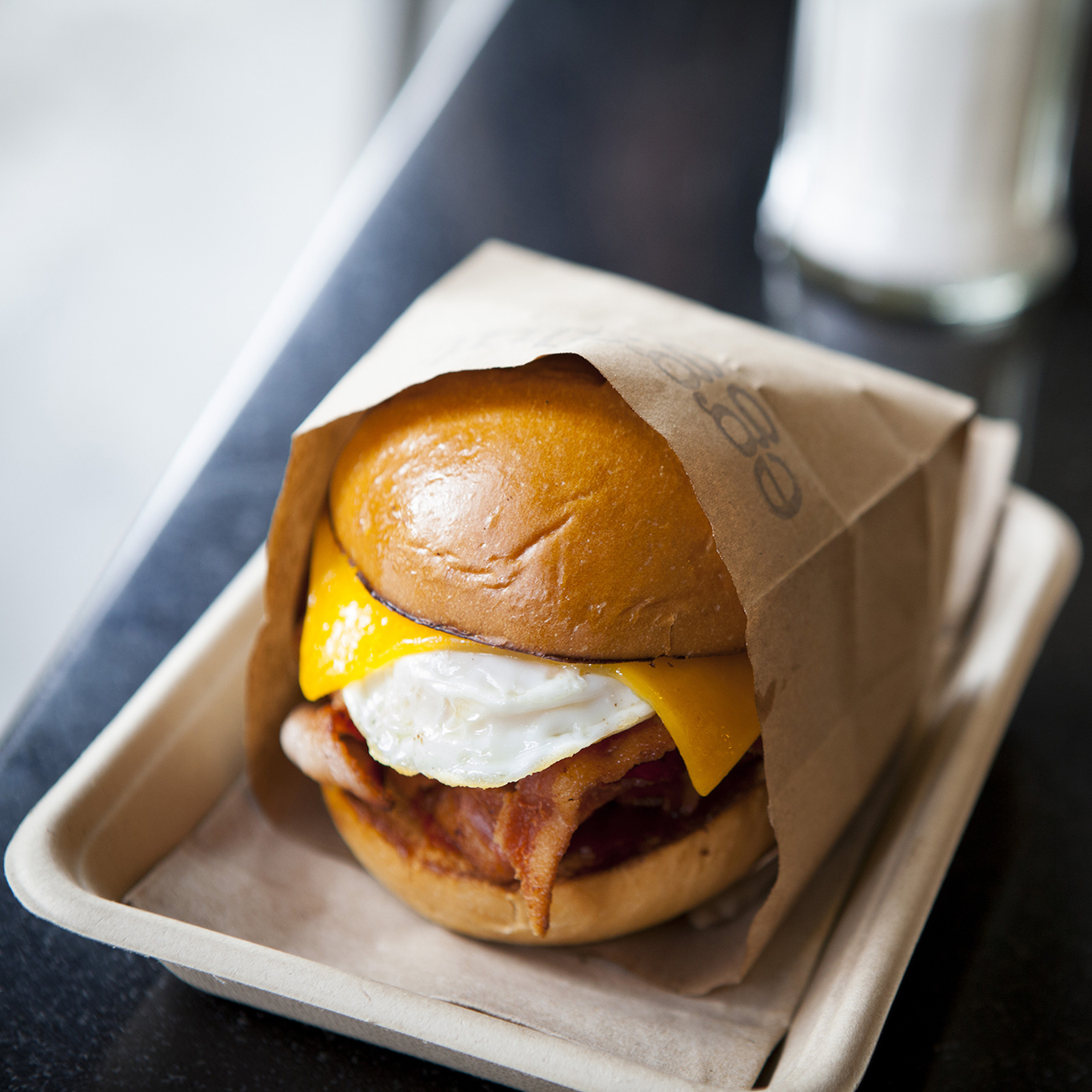 This iconic 100-year-old food hall made headlines earlier this month, when its longtime proprietor sold it to a Beverly Hills real estate investor. Its concept and vendors will remain unchanged, though. One can buy everything from fresh fish to spices and meats, or dine at its many stalls serving up the likes of Filipino cuisine, Chinese food, freshly baked bread and artisanal coffee. A must-visit is Eggslut, which started out as a food truck but now runs a stall serving up its signature egg sandwiches. Its bacon, egg and cheese sandwich, for instance, is a gleefully diet-busting treat comprising smoked bacon, an over-medium egg, cheddar cheese and chipotle ketchup enveloped in a pillowy soft brioche bun.

Test & Go is back! Thailand resumes the quarantine waiver for vaccinated travellers

You will soon be able to stay and work in Thailand for up to 10 years, here’s how