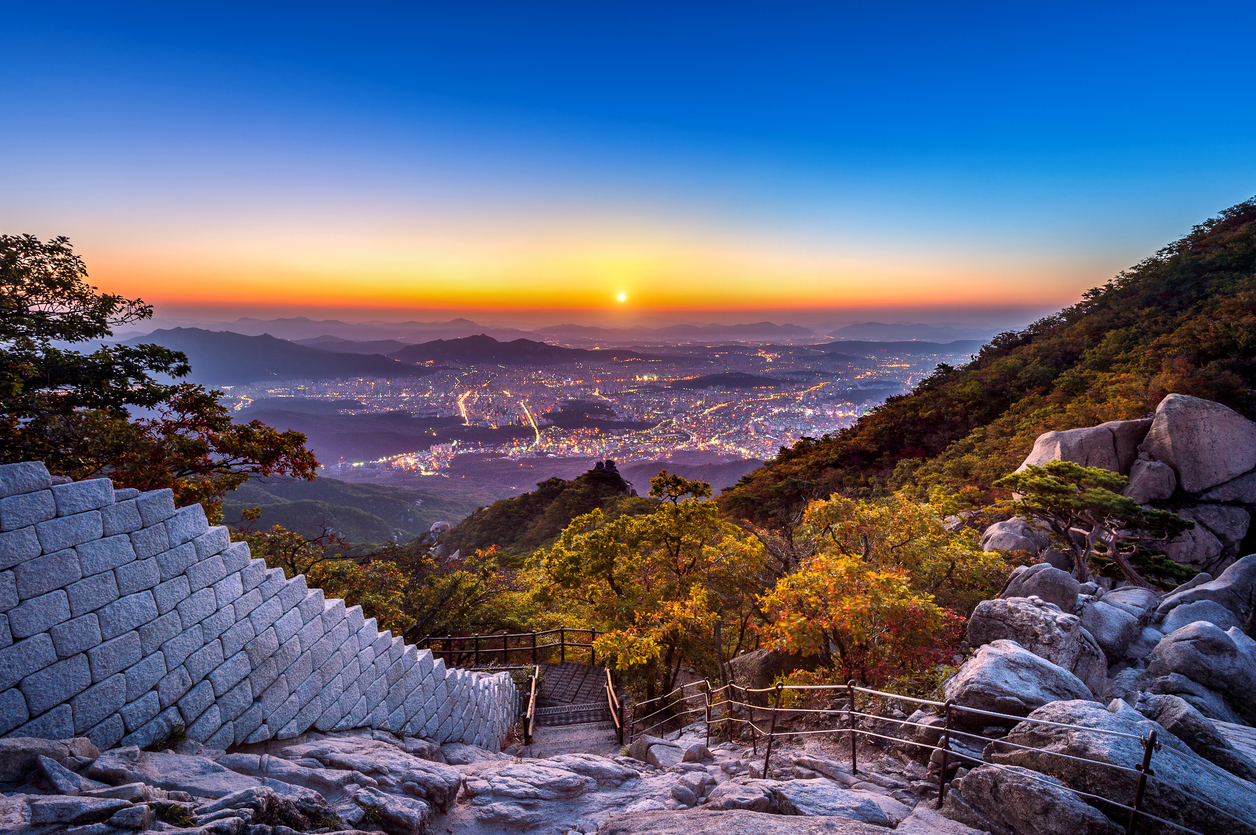 When the South Koreans are not listening to Kpop, going through their seven-step skincare regimen or shopping at the coolest stores, they’re hiking. Blessed with a shapely topography that comprises 70 percent mountain and the other 30 percent, a fully-developed city, the country has millions clambering to the top yearly. Add to that an extensive government conservation program that protects the parks accompanying them, and you truly have some of the best mountains to hike in South Korea.

As the winter chill gradually wanes and nature springs to life again, these mountains see many flock — in their brand new fluorescent gear — to their perfectly manicured trails on weekends to escape the city smog. To encourage the activity, the trailheads are usually easily accessed via public transport, with cosy dining spots and cultural landmarks along the way. Doesn’t hurt that a couple in the list are UNESCO-worthy too.

For vibrant autumnal hues, hit the hills later in the year from November, or in January for a serenely bleached landscape when the snow falls. Whether you’re looking for a physical challenge or trying to impress your Instagram followers, here are the best mountains to hike the next time you’re in South Korea.

With more than 50 access points and 13 gates surrounding it, Bukhansan is a convenient escape from the frenetic city life, being the closest mountain to Seoul. Nonetheless, the “Big Mountain in the North” remains one of the most picturesque in the country. Its highest peak — Baegundae Peak — stands at 840m and takes about 2.5 hours to complete, during which you’ll pass through easter eggs such as mini falls and Mansusa, a temple within a cave. If you only want to dedicate a day to exploring, Bukhansan is your best bet as it covers a wholesome mix of gorges, valleys, streams and large granite peaks. 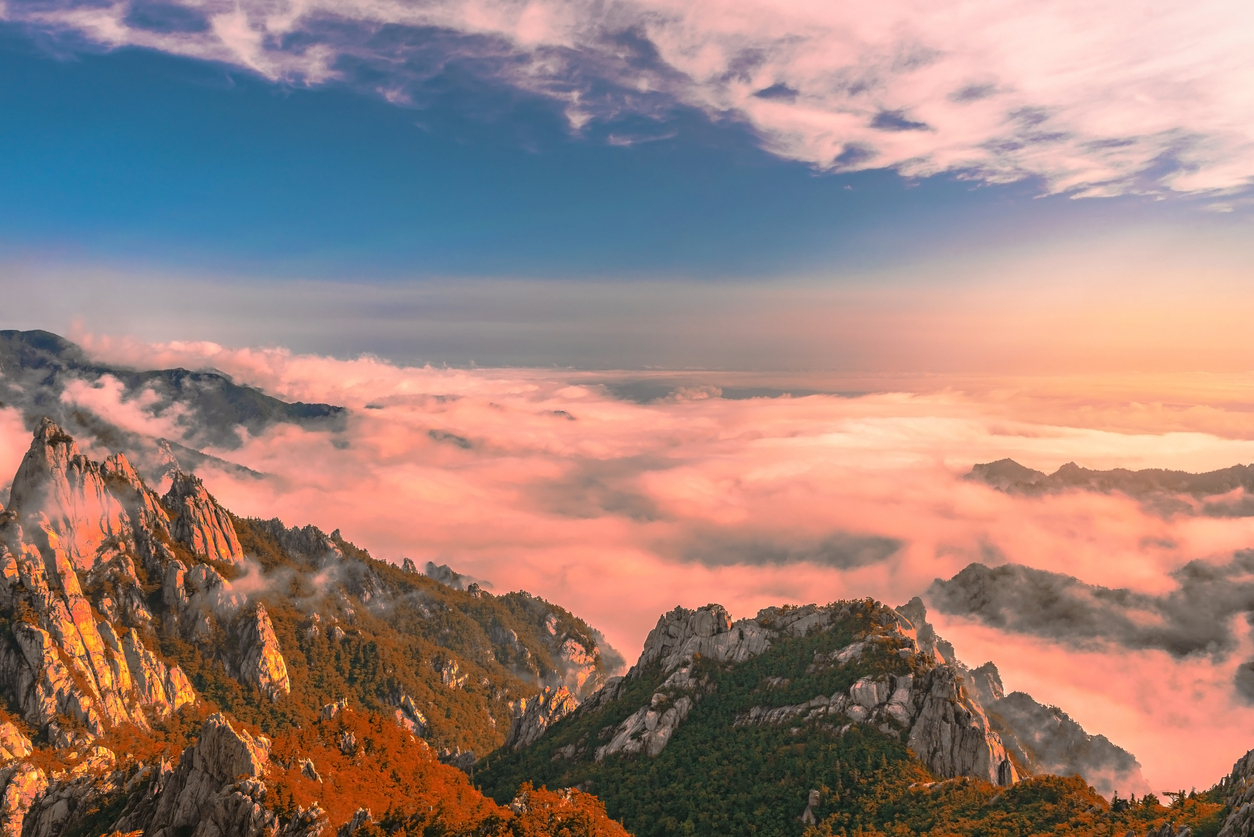 On a rare clear day, Hallasan strikes an intimidating figure at 1,950m high, but the extinct volcano is a charming amalgamation of Buddhist temples, shrines and a serene crater lake nestled at the peak. Located right smack in the middle of Jeju Island, the mountain has only one dominating peak, with dramatic rock formations and lava tube caves that you’ll have to navigate your way through. Besides earning the accolade of being the highest mountain in South Korea, Hallasan is also an UNESCO World Natural Heritage Site. While there are five hiking trails in and around the mountain, not all of them allow you to reach the summit. 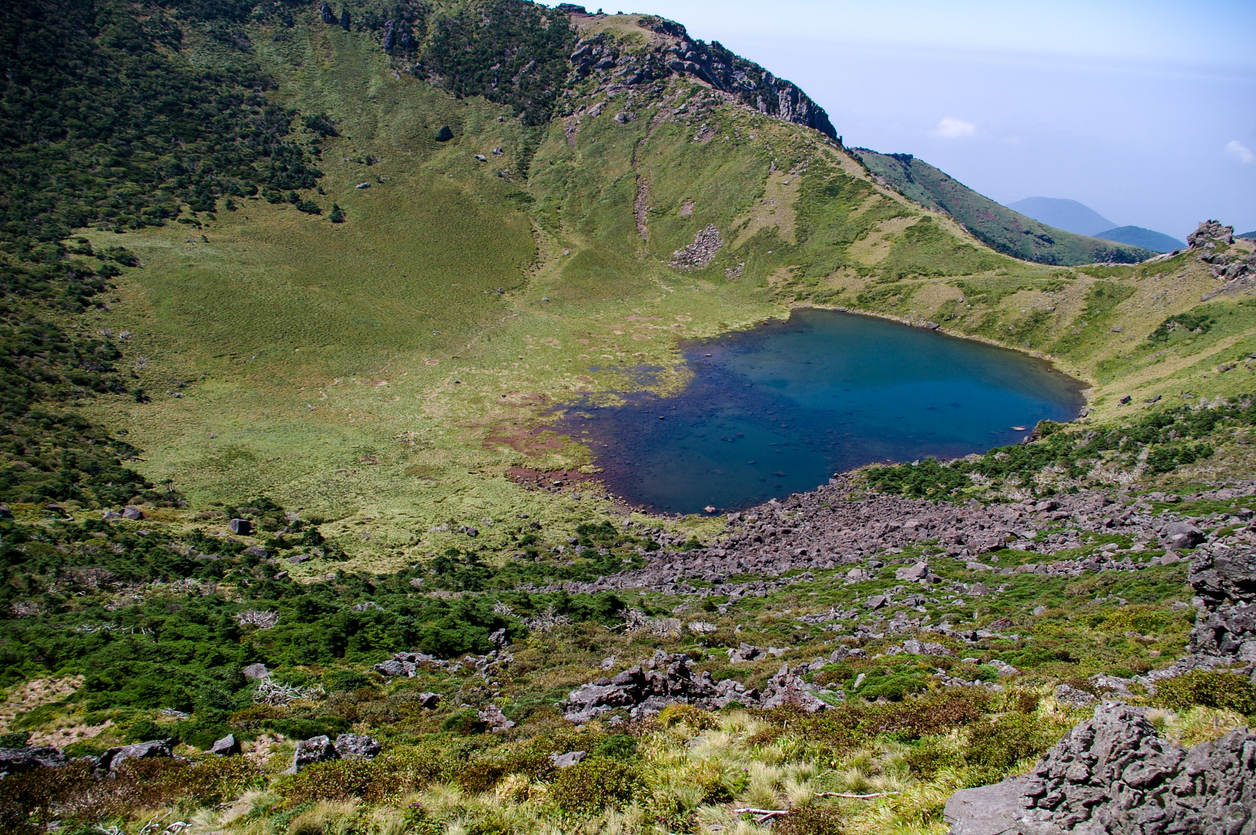 As the third-highest mountain in the country, the famous Mount Seorak is blessed with deep valleys, dramatic peaks and dense forest. Little wonder then it’s been designated by UNESCO as a Biosphere Protection site. “Seol” is snow in Korean, an apt name for the mountain as the rocks are almost permanently rendered a frosty white. Its highest peak Daecheong-bong stands at 1,708m, and while the summit promises awe-inspiring views, the hot springs and ancient Shilla-era temples along the way might be a worthy distraction. 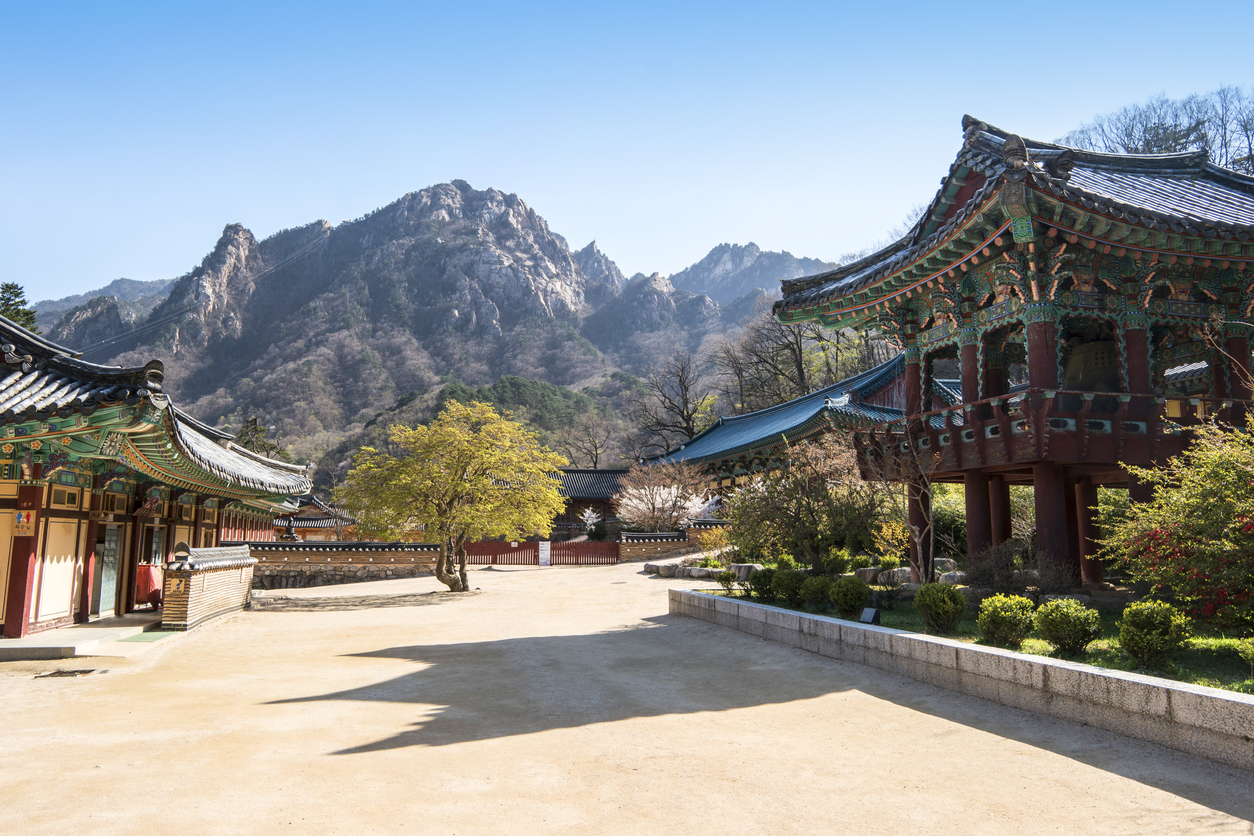 Its name means “to leave mainstream society” in Korean, which should be a hint of how untouched and tranquil this mountain is. Its highest peak is the 1,058m-high Cheonwangbong, but the slightly shorter Munjangdae gets more visitors for its cloud-shrouded beauty. If you’d like to really like to “leave mainstream society”, you could do a temple stay program at Beopjusa (pictured), a secluded temple which also houses the largest Buddha statue in the world. For endless #nofilter shots, hit the mountain during springtime, when the forested mountains and rocky granite outcrops are accented by cherry blossoms. 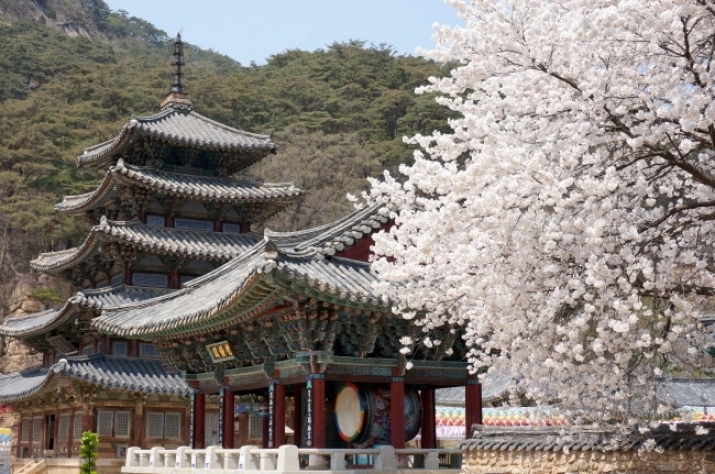 Besides being the first national park in Korea, Jirisan is also the largest mountainous national park in the country, spanning across four counties in three provinces. Despite its remarkable size, the mountain also offers a shorter 3-hour round trip hike to Buril Pokpo, where you’ll find yourself at a mini waterfall by following a rippling creek. Jirisan is also as ecologically diverse as it can get, with almost 5,000 species of flora and fauna inhabiting its forested grounds — which can range from warm to cold temperate forests. 18 hiking trails are maintained at the national park, with the highest peak (the Cheongwangbong peak) soaring to 1,915m at the centre of it all. The 8 best bars in Canggu, Bali’s dynamic enclave of cool