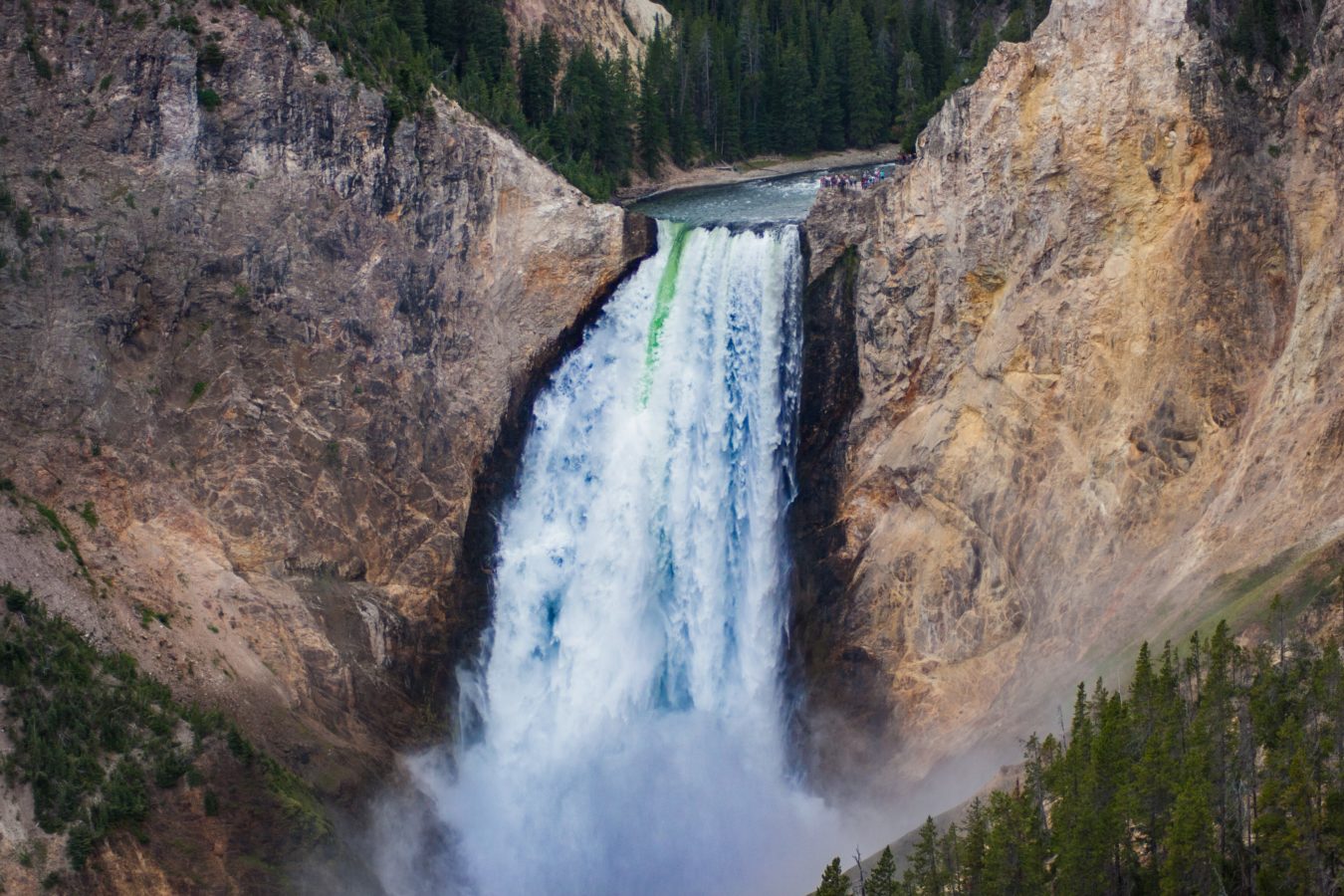 One of the most breath-taking natural wonders of the world, waterfalls have long been popular (and super Instagrammable) tourist destinations because of their beauty and tranquillity.

Formed by water cascading over steep rocky inclines, they make for a calming view you can look at for a long time. And, not only are they picturesque, their sounds are also appealing — sometimes relaxing and sometimes musical. From the largest to the tallest, here’s our pick of some of the most stunning waterfalls from around the world that you can bookmark for your next trip. 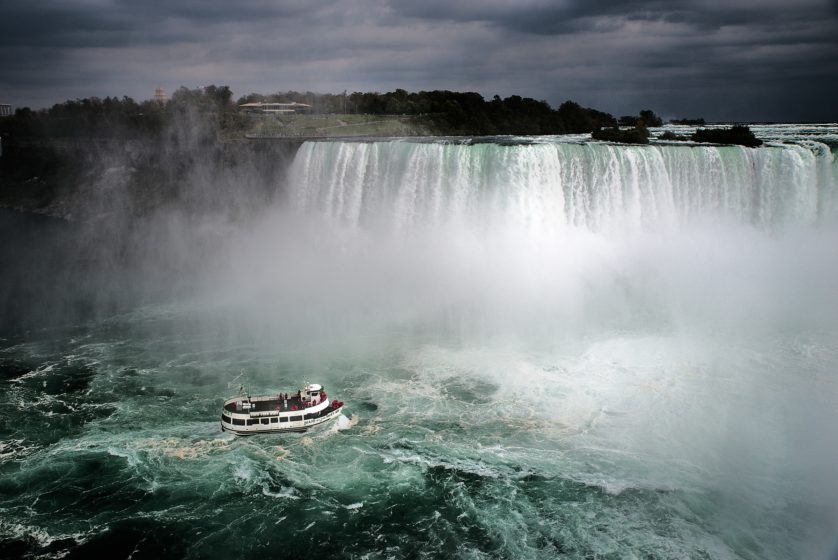 1
Niagara Falls, Canada and US

Situated on the border between Ontario in Canada and New York in the US, this is perhaps the most popular waterfall on the planet. It actually includes three cascades — the American Falls, the Bridal Falls and the Horseshoe Falls. While the initial two are in the US, the latter lies in Canada and is the biggest of the trio. The average width of these majestic falls is 3,950 feet and the speed of the water is 25mph, which makes it the most powerful waterfall in North America. Its stunning beauty makes it one of the most desired destinations for many travellers. Considered to be the largest waterfall in the world, Victoria Falls on the Zambezi River sits at the border between Zambia in the north and Zimbabwe in the south. Also known as “Mosi oa-Tunya” (meaning “the smoke that thunders”), the waterfall can be heard from a distance of 40 kilometres. It is approximately 5,500 feet wide, making it one and a half times wider than the Niagara Falls. It is also a UNESCO World Heritage site. Its grandeur and striking beauty make it one of the most popular attractions in Africa. These two waterfalls collectively nestled at the border between China and Vietnam form one of the largest transnational waterfalls in Asia. When viewed from a distance, it looks like a staircase with cascading layers of flowing water. The waterfall is fed by the Quay Son river, which originates in China. In summers, the falls are around 984 feet wide, with a height of 98 feet. Even though it is frequented by locals, many international travellers overlook this waterfall because it is located off the beaten track. However, it is a picturesque, hidden gem that is definitely worth a visit. This is the tallest waterfall in the world, standing at a height of 3,212 feet over the Churún river. At its base, it is 500 feet wide. Located in the Canaima National Park, it falls over the edge of the Auyán-Tepuí mountain, also known as Devil’s Mountain. This majestic waterfall is three times as tall as the Eiffel Tower in Paris. Its exotic location amidst forests shrouded with mist and surrounded by flat-topped mountains makes it one of the greatest natural wonders of the world. 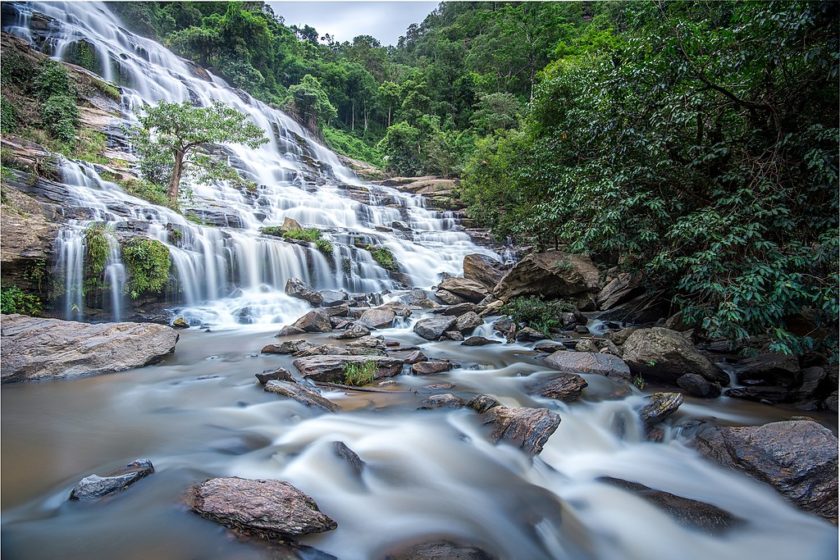 One of the most beautiful sights Thailand has to offer, this waterfall is located in Doi Inthanon National Park. It falls down from a height of 853 feet through 30-storeyed rock cliffs, and is surrounded by forests, making it the perfect postcard view. During the monsoons, the curtain of the waterfalls extends to around 328 feet in width. It is located in a secluded area a few hours away from Chiang Mai City, and swimming at the base is allowed. 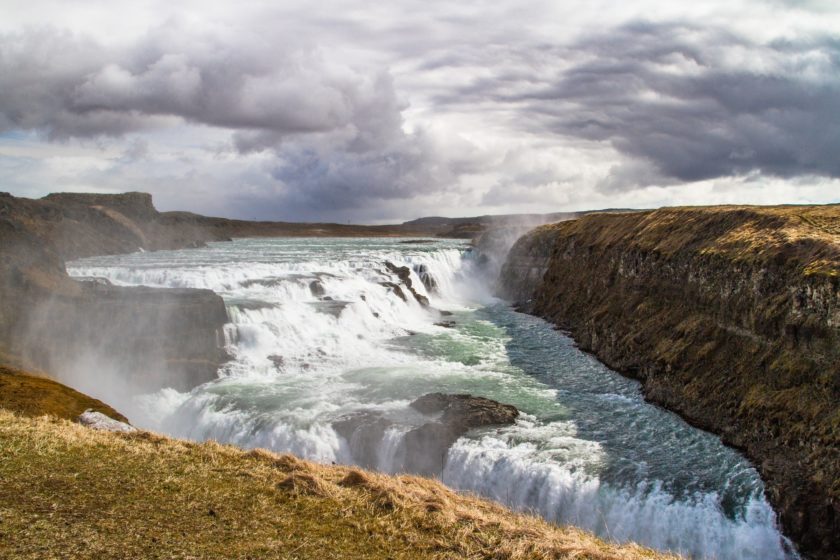 Translating to “Golden Falls”, this is one of Iceland’s most iconic and famous waterfalls. It is located in the Hvítá river canyon in Southwest Iceland. The water originates from the Langjökull glacier and falls through two stages into the crevasse below — the shorter cascade is 36 feet high, while the longer one is 69 feet high. It is a part of the Golden Circle sightseeing route which includes other attractions such as the Geysir geothermal area and Þingvellir National Park. Icelandic environmentalist Sigríður Tómasdóttir, memorialised in a sculpture near the waterfall, fought to preserve it and saved it from being harnessed for hydroelectric power. Iguazú is a series of waterfalls situated right at the border between Brazil and Argentina. It is one of the Seven Natural Wonders of the World. The waterfall system consists of 275 falls — making it the largest in the world — and stands at a height of 269 feet. The view of the falls looks like a scene right out of a movie. A UNESCO World Heritage site since 1984, it is taller than the Niagara Falls and wider than the Victoria Falls. 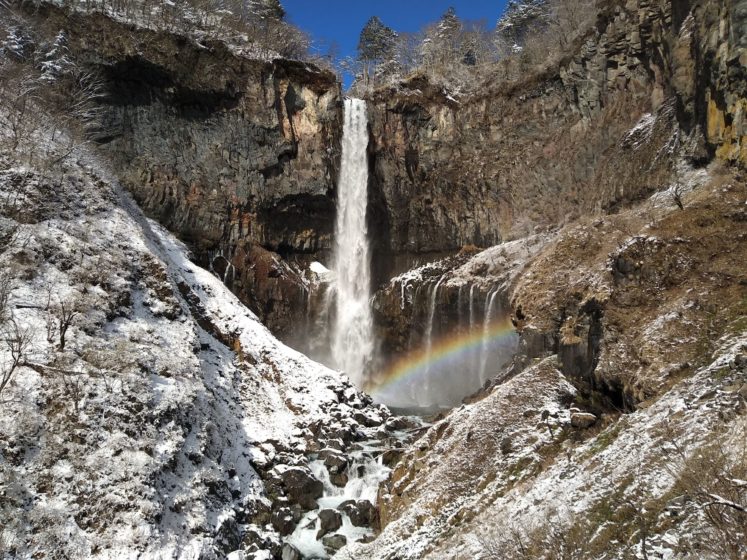 One of the most beautiful waterfalls in Japan, Kegon Falls is 318 feet high. It is located in Nikko city and fed by the water from Lake Chuzenji. There are also a dozen smaller waterfalls around the lower part of the main one. For a closer look, you can take the elevator which will take you a few feet down from ground level to an observation deck.

Phuket is re-opening to vaccinated tourists this July