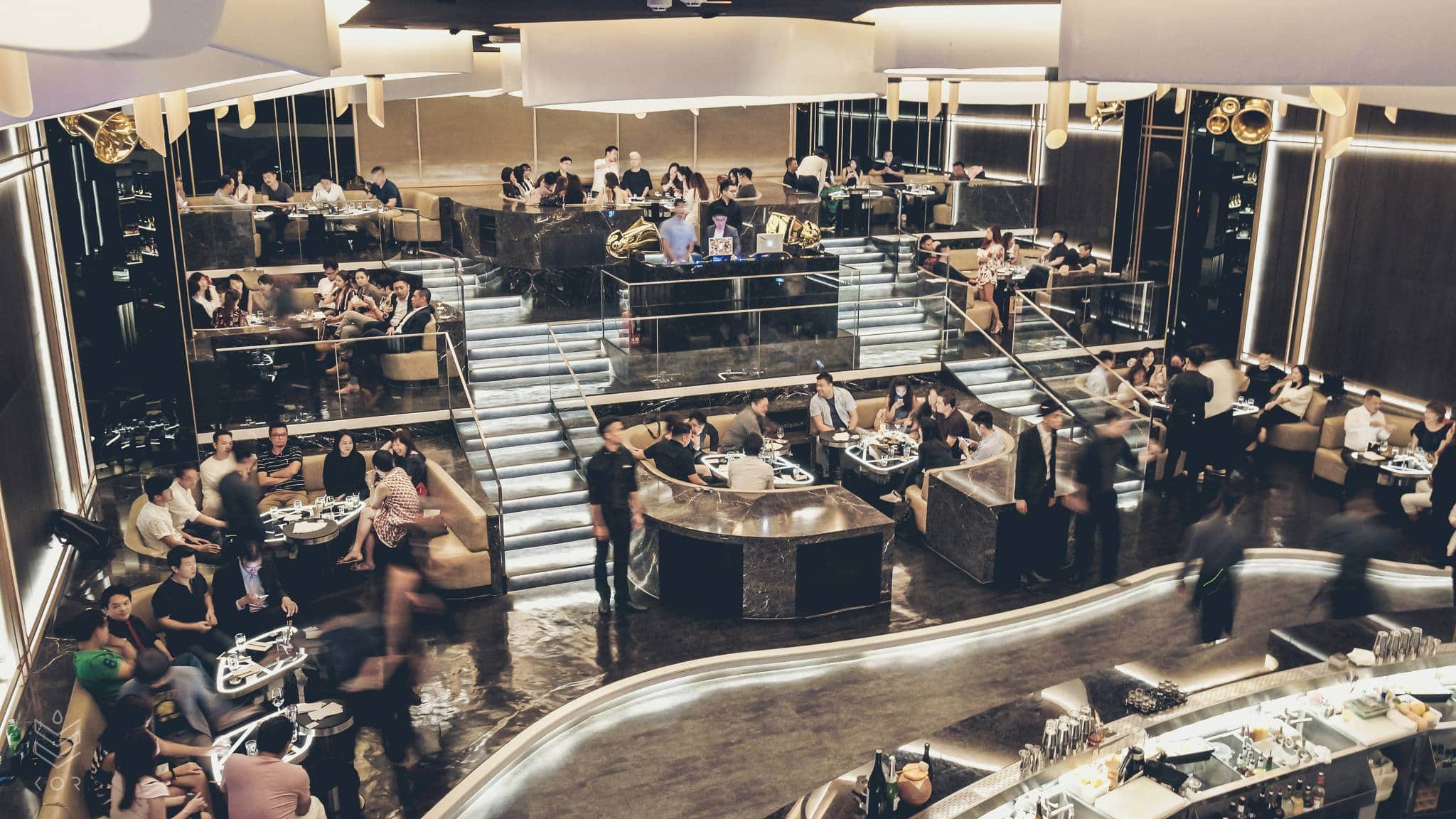 How to exquisitely pair sake and haute cuisine, according to Taipei’s KOR Social

Travel
How to exquisitely pair sake and haute cuisine, according to Taipei’s KOR Social
Share this article
Next article

In an era that’s dialled up a growing interest in haute cuisine, Taipei has steadily made its way to the top of fine dining destinations in Asia. The city’s Michelin-calibre culinary innovations are helmed by home-grown talent, and gaining much international acclaim. Shedding a closer spotlight on this, KOR Taipei set out to disrupt the course of modern drinking and dining, with a monthly KOR Social that pairs rare libations with five haute cuisine bites, by some of the city’s most acclaimed chefs.

The one-of-a-kind pairing bolsters its distinction by sourcing a different rare spirit for each occasion, which KOR’s mixologists use as a base to scheme up a round of specialty cocktails just for the event. They brainstorm the flavours together with a chef of the month, always from one of Taipei’s most revered dining rooms, of which many have since received Michelin stars (the coveted classification only entered Taiwan in 2018). After a tasting session, the chef then develops an esculent menu where each bite is designed to enhance the flavour of its corresponding cocktail. This way, guests can feel out the kitchen’s noteworthy creations but reimagined in a way that is elevated by the beverage, making for a more indulgent experience. This summer, we visited a KOR Social session, for a tasting courtesy of Kitcho, that was served alongside sake. Read on for our full review.

Kitcho is the vision of Chef Kyo Hsu, who just retained his Michelin star for the second year running. From the way the food was prepared to the quality of ingredients and the flow of different courses, Hsu maintained the same standard that you’ll find at his Taipei-based restaurant — an under-the-radar sushi joint that seats just 15 people and flies its ingredients in straight from Toyosu Market in Tokyo (formally the legendary Tsukiji Market). Hsu is, in fact, one of the only Taiwanese chefs to be praised by his peers in Japan, such as sushi sensei Hiroyuki Sato from two Michelin-starred Umi in Tokyo. Regardless, for this event, he felt challenged by other factors like the environment, a greater number of guests, how the meal would be consumed, how to serve a dish in coordination with the hosts, and most importantly, how to pair it with the sake. “At KOR Social, we first chose the sake, and then discussed the dishes. Together, we brainstormed with the sommelier to set a direction, and then designed the menu to find the perfect combination.”

The little culinary bombs that graced our plates were built around the unique and versatile flavours of Japan’s most popular sakes, which ranged from special limited releases to those consumed at state banquets. The procession began with a subtle yet remarkable welcome drink by Phoenix Sparking, a sake named after Grammy Award-winning French rock band Phoenix. It was paired with octopus sashimi that played in unison with Taiwanese seasonal bamboo shoots, Japanese mountain pepper, and white miso. Next up was the second bottle from the Phoenix collection, a smooth and silky limited-edition premium sake. It was served alongside bonito that was smoked using a method that’s unique to Japan’s Kochi area and finished off with tangy yuzu vinaigrette.

Next came the Yamamoto Akita Royal Straight Flush, a sake that uniquely incorporates five Akita rice varieties and five Akita yeasts in one bottle. With it came a seemingly ordinary steamed egg dish that revealed a luxurious taste thanks to a combination of rich foie gras and decorative flakes of truffle. A nigiri bowl followed that combined a variety of seasonal seafood like shrimp, squid, and amberjack into a little pink universe, and was complemented by the flavours of Toyobijin Ichibanmato sake. The elegant and lightly citrus-y sake uses rice that is polished to 40% of its initial size resulting in a pure rice flavour. The final number resembled a Western-style snack but was Japanese to its core. Fresh sea urchin was married with bluefin tuna sandwich style, and served with Senkin Nature 4 sake. The orange-hinted sake started strong and finished with a mellow sweetness, reminiscent of the wooden barrels the sake was brewed in.

While this was all being rolled out, hosts Elroy Tay and Steven Lin steered patrons along the culinary course in both English and Chinese whilst in equal parts educating and entertaining. Both the chef du jour and the local distributor came out from behind the shadows to stand in the spotlight for a few minutes and talk to guests about the unique pairing process. The approach encourages guests to elevate their tastes, enrich their minds, and meet a few people along the way in a casual yet sophisticated dining style.

The venue itself is lauded for being Taipei’s go-to destination for sophisticated socialising. KOR recently took home the award for Best High Volume Cocktail Bar by The Tales of the Cocktail Foundation. It’s also the only venue in Asia to take home the prestigious iF Design Award for its glamorous black, white, and gold interior design complemented by a custom-designed VOID Acoustics sound system finished in a shiny chrome gold. On Friday and Saturday, KOR turns into a what is best described as a nightclub for modern millennials (you won’t find a dance floor or any EDM here), but on one Wednesday every month, it’s transformed into an immersive, educational, and multi-sensory experience for a limited number of guests: KOR Social.

The next KOR Social event will be held on September 25th in Taipei and will feature champagnes by Pommery Champagne, cocktails by KOR Taipei, and food by Chef Xavier from Muzeo. Owned and operated by Taiwanese entertainment powerhouse theLOOP, the brand will also be debuting its first outlet outside of Taiwan with the opening of KOR Shanghai later this year. The KOR Social concept will also carry over to its mainland location.

Weekend Muse: the swankiest homes in Thailand on Airbnb Luxe

Where to find the best baguette in Paris, according to actual French people

Airport Tipples: where to drink at Singapore’s Jewel Changi Airport on your next stopover