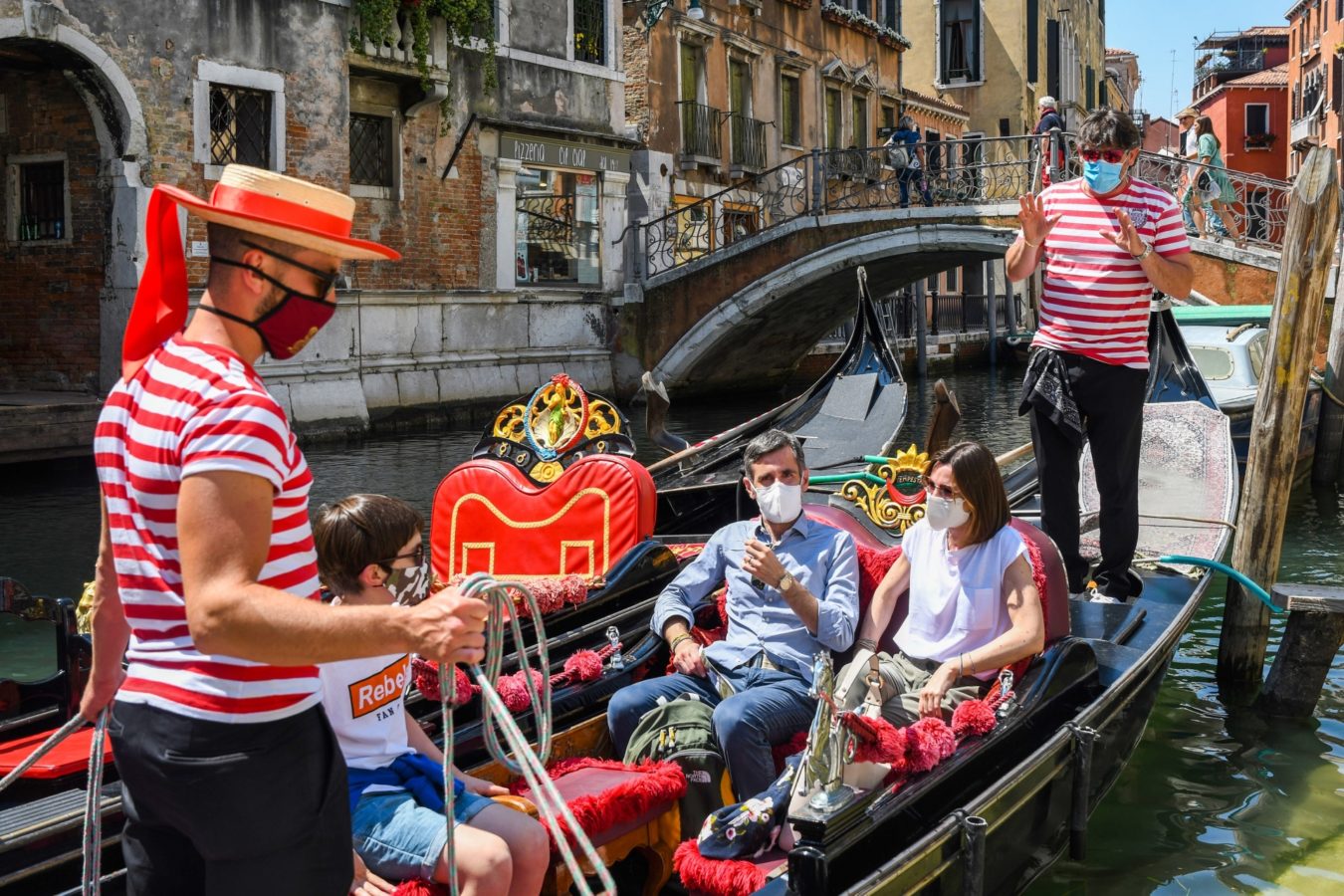 Travel
In other news, people are getting too fat to ride gondolas in Venice
Share this article
Next article

Whilst it’s a little chuckle-inducing to read at first, this is actually quite a serious issue.

Venice is reducing the number of tourists its gondolas can carry, because so many are overweight they dangerously lower the boats in the water, a gondolier association told AFP Wednesday.

The city of canals is cutting the number of passengers allowed to board from six at a time to five, to stop water dangerously slopping over the sides of the famous slim vessels, said Roberto Luppi, former head of the Venice Gondoliers association.

The problem is “the average weight per tourist, but also the fact that the waters of the canals are increasingly agitated by motorboat traffic,” he said.

He said the move was a safety measure, not a bid to increase the gondolier’s profits by spreading customers over more boats.

The reduction will apply as well to the larger “da parada” gondolas punting people back and forth across the Grand Canal, with their passenger numbers cut from 14 to 12.

“From some countries, it’s like bombs loading on and when (the boat) is fully loaded, the hull sinks and water enters,” Raoul Roveratto, the head of the association of substitute gondoliers, told the Repubblica daily.

“Going forward with over half a ton of meat on board is dangerous,” he said.

The city council also plans to increase the number of licences granted to gondoliers from 433 to 440.

New rules mean licences can be passed on within the same family, without the new holder having to take an exam, provided he or she can prove four years’ experience of punting the family gondola.

The gondolas came to a complete standstill during the coronavirus pandemic. The sector had already suffered during exceptional high tides at the end of last year, which put off tourists and damaged boats.

Travel Wanderlust Destinations Venice
You might also like ...
Food & Drink
For travel-hungry foodies, ‘Somebody Feed Phil’ is your saviour
Travel
Check out: The Dolomites, Northern Italy’s majestic mountain ranges
Style
Milan kicks off its first ‘phygital’ fashion week
Food & Drink
How to put together the perfect cheeseboard for your next dinner party
Staff Writer
Travel

Weekend muse: your staycation etiquette class is in session