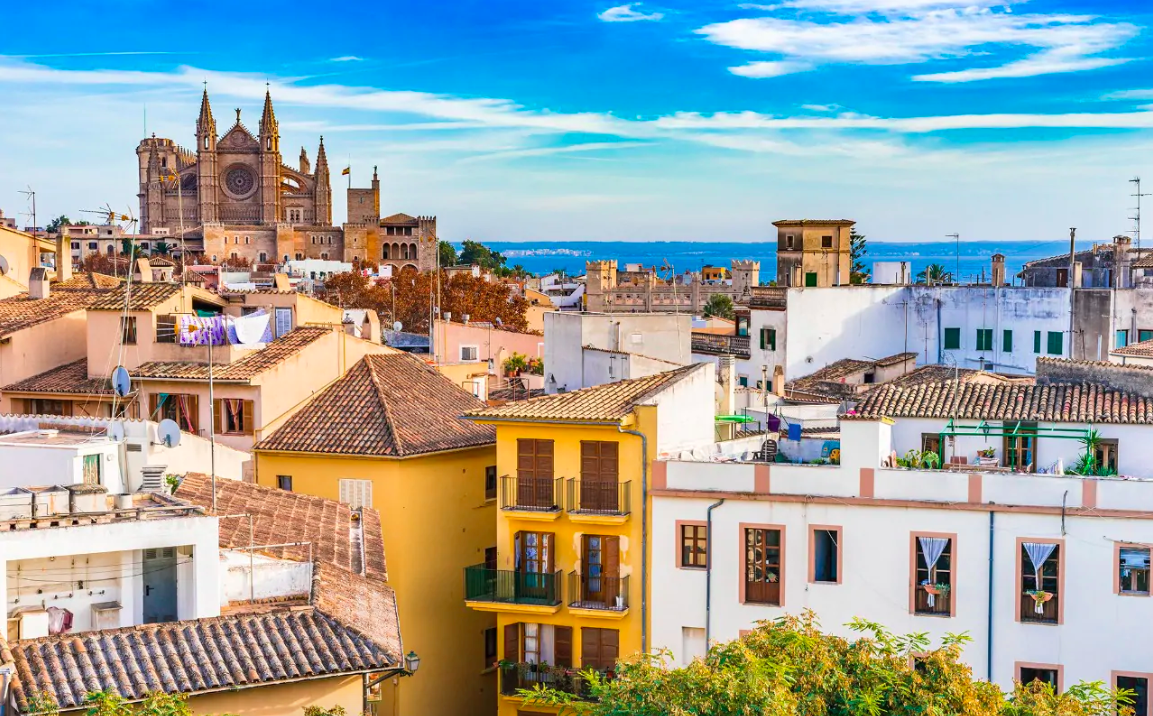 Any avid traveller will tell you that Spain pretty much tops the list for an all-encompassing must-see destination in Europe. Whether it’s the vibrant sights, the rich culture, or the gastronomical delights, Spain has got it all. And while the mainland attracts millions of tourists every year, the Spanish Mediterranean islands offer more of a lax lifestyle, with their endless beaches, coves, and carefree vibes. Shedding a spotlight on the largest of the Balearic islands, Mallorca is one of these.

Most travellers will be familiar with Mallorca’s louder, more party-centric sister of Ibiza. Yet where Ibiza has become a bit of a household name known for its effervescent nightlife, Mallorca offers a more laid-back approach to a Spanish vacation, boasting an array of beach resorts, sheltered coves, and limestone mountains.

There is plenty to see and do in Mallorca, given its location in the Mediterranean Sea. The island manages a healthy balance between natural beauty and cultural heritage, that will please those consumed by wanderlust to a great degree.

Checking out the city of Palma de Mallorca, the island’s capital, is a must as it is steeped in rich history. It was first founded by the Romans before going through a Byzantine period and finally, colonised by the Moors, which were essentially the Muslim inhabitants of the Maghreb, the Iberian Peninsula, Sicily, and Malta during the Middle Ages.

This lends the city its beautifully Gothic architecture, including the Lonja de Mallorca and Catedral-Basílica de Santa María de Mallorca, to name a few. Another historical landmark worth visiting is the Alcazar (fortified palace), which is essentially the Royal Palace of La Almudaina. Other places around Mallorca that are worth spending the day visiting include the islet of Sa Dragonera for hiking; Platja de Muro for all beach, water sport, and tanning-related activities, and the secluded cove that is Caló des Moro.

Mallorcan cuisine mainly combines the likes of Mediterranean cooking with plenty of Roman, Moorish, and North African influences. However, Mallorca has also started leaning towards Catalonian and Spanish flavours as well, providing plenty of depth, complexity, and flavour into its cooking. Due to its many influences, one can expect plenty of cured meats, tapas, and, of course, seafood.

If tapas is what you’re after, there are plenty of restaurants around Mallorca that offer a diverse selection of sharing plates, especially the original La Bodega Restaurant, Quina Creu Restaurant, Ombu Restaurant, TAST Restaurant, and 13% Restaurant.

There are many cafes and bakeries in Mallorca that serve up local sweet treats like the local spiral-shaped pastry ensaïmada, too. Horno Santo Cristo Cafe is one such place in particular, that has been creating authentic Mallorcan ensaïmadas since the year 1910. Can Joan de S’Aigo Cafe at the heart of the old town is another institution on the island serving up traditional and authentic Mallorcan pastries. If you’re looking to keep cool, be sure to pay a visit to Giovanni L. Ice Cream Parlour, which made its name delivering gelato into the royal Spanish household. It has since grown and transformed into a global brand with ice cream parlours located all around the island.

Being one of the most popular island destinations around Europe, it’s safe to say that Mallorca has its fair share of luxury accommodation. This ranges from beachfront resorts to luxury boutique hotels and even mountain top getaways, so there’s certainly something for everyone on Mallorca.

If you’re looking to soak up some sun and sea, some of the most extravagant beachfront resorts located around Palma include the Gran Melià de Mar in Illetas, and the Hotel Hospes Maricel & Spa in Cas Català. Both of these hotels are located just a stone’s throw away from one another, located on the southwest side of Palma with breathtaking views of the ocean.

The latter is considered to be one of the more unique hotels around the area as the building was originally a majestic palace built in the 1940s. This allows the hotel to exude a sense of old-world style and glamour, but with 21st century amenities to boot.

Another unique beachfront hotel you can find around Mallorca is Cap Rocat in Cala Blava, which is housed in an old military fortress. It has since been renovated with the help from its architect, Antonio Obrador. Of course, it also offers a stunning view of the coastline as well as top notch amenities that one can only expect of when it comes to beachfront hotels — or anything, really —  in Mallorca.