Home > Travel > Hotels & Resorts > Check in: Four Seasons KL has even more to offer after its first anniversary 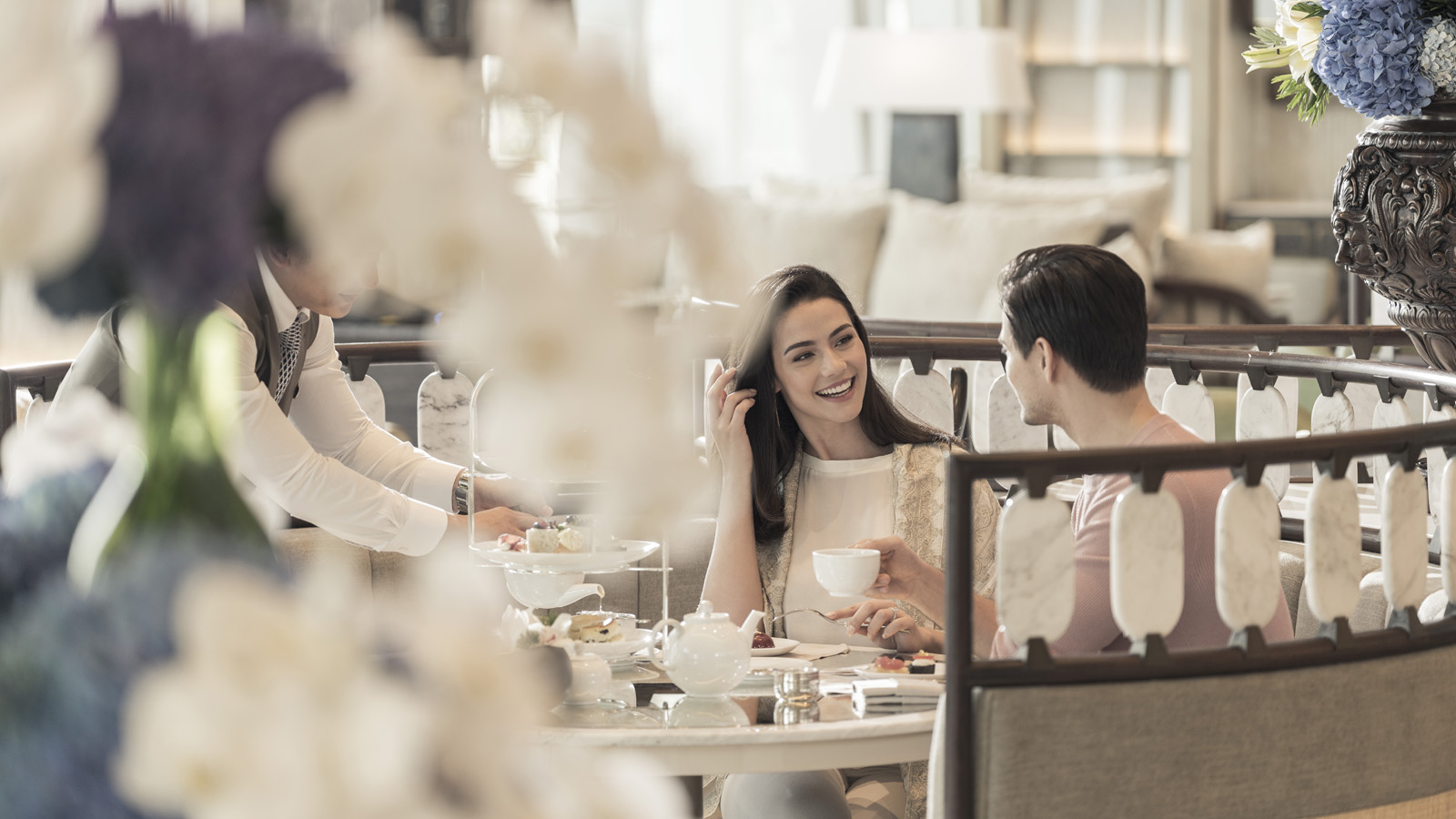 Check in: Four Seasons KL has even more to offer after its first anniversary

Travel
Check in: Four Seasons KL has even more to offer after its first anniversary
Share this article
Next article

Four Seasons Kuala Lumpur celebrates its first year anniversary in July 2019, and it has been a great year. The five-star hotel has bagged multiple awards, global recognition and its loyal patrons frequent the hotel for its gastronomic experiences, creative cocktails and exceptional facilities.

After a year of operations, Four Seasons KL continues showcasing finesse in its holistic approach to hospitality. From its award-winning Bar Trigona which was recently inducted into Asia’s 50 Best Bars to the beautiful Yun House that got its fame through social media and by word of mouth, Four Seasons KL is also working on various programs that help give back to the community. But what are its secrets to its success?

Design is the lynchpin to all of Four Season KL’s spaces. The communal areas are lofty and the air of its marble-clad lobbies hang with elegance. As you walk around, tasteful art installations set the tone for the most discerning travellers.

As for its restaurants and dining spaces, Hong Kong based interior design studio AB Concept has given Four Seasons KL a head start by creating stunning interiors with strong local influences. Every corner cries out for a picture, which is perfect for this burgeoning era of social media.

The Yun House is the perfect example of how interior design can boost the presence of a restaurant through the power of social media. The Chinese restaurant is beautifully embellished with lacquered wall panels of flora and butterflies (a signature of Four Seasons), all in vibrant iridescent shades. The seats are finished with sequinned fabric choices in jewel tones that correspond with the colourful walls. On the other end, a sculptural dragon installation made of white china sits majestically on the main feature wall — which has since become one of the most Instagrammable corner in Yun House.

Bar Trigona also receives similar treatment with a play on reflection and light. The interplay of geometry and illusion is interpreted using intricately cut mirrored surfaces creates a glistening background for the perfect #OOTD shot. The bar counter is the highlight of the space, as it overlooks uninterrupted views of the city centre that’s absolutely vibrant at night.

Over at the Lobby Lounge, its design element is informed by colonial architecture in 1900s old Malaya. The colour palette is also reminiscing to the British colonial days with shades of mustard yellow, dusty green and marble.

The rooms on the other hand take on a cool azure palette that leaves a comforting feeling to its guests. The walkways are peppered with colourful paintings and tufted carpets in splashes of camel and blue. The design is simple and elegant, taking cues from Four Seasons’ code of aesthetics. Besides, the uncompromising scenery from the rooms gives visitors a nice taste of the Kuala Lumpur’s ever-evolving cityscape.

Latest in line, The Spa

Four Seasons KL has also recently launched its in-house spa that is now fully functional with an extensive menu of rejuvenating treatments, massages, facials and beauty services, which will be managed by the team in Korean beauty salon, Leekaja.

The Spa at Four Seasons KL is designed as an urban haven that offers the best of both worlds — combining ancient healing rituals from the region with cutting-edge wellness science. The Spa’s bespoke menu is crafted by a team of experts comprising certified remedial therapists, physiotherapists and beauty experts.

Take a go at the Sports & Remedial Massage that helps ease chronic muscle tension throughout the body and restore flexibility, mobility and vitality. The skilled sports therapists (choose a male one if you prefer) focus on the acupoints, loosen knots and help to alleviate tightness from the muscles. This is perfect for those who are constantly desk-bound or fitness enthusiasts who need some stretching after intense workout sessions.

Another unique selling point is the use of aristocratic oils from KUEM, a century-old herbal line of legacy blends that were originally used exclusively by Malaysian royalty. It’s subtly scented with natural herbs and spices, which is the perfect blend for a relaxing session in The Spa.

The hotel is also a huge supporter of the locavore movement by bringing in most of its locally-sourced produce into all of its restaurants — Yun House, Curate, Lobby Lounge — and Bar Trigona. The hotel partners with local farmers as a core aspect of its sustainability ethos. Among the soul-satisfying range of homegrown and locally-sourced products includes local cacao by Chocolate Concierge, madu kelulut or stingless bee honey from the Trigona Farm, artisanal cheese from Milky Way and locally-grown figs by Mutiara Figs.

This is one of the many unique selling points for guests to enjoy when they stay in Four Seasons KL — to be able to immerse in the locavore movement that’s burgeoning in the city’s dining scene.

Executive Chef Junious Dickerson is also bringing his unique Southern American cooking to Curate, the hotel’s open-kitchen restaurant. Besides sampling some of the best international cuisines from Malaysian favourites to Mediterranean flavours, guests will also be able to indulge in the comforting taste of Southern American food like fried chicken and waffle, shrimp and grits, and the good old beef burger — each elevated and refined to suite the palate of diners at Curate.

Giving back to nature

Four Seasons KL has also just kickstarted a unique initiative to protect endangered bee populations through its newly launched ‘Save the Bees’ program. For the uninitiated, Bar Trigona has been sourcing its own honey in small batches from Malaysian farmers — in fact, its name is inspired by the stingless Trigona honeybees.

“Honeybees are an integral part of our story, so this is an issue that is very close to our hearts,” addresses Ashish Sharma, Head Bartender at Bar Trigona.

As an effort to protect local sanctuaries for bees, Bar Trigona will take charge and also encourage its guests to contribute in preserving and promoting natural beekeeping methods in safe habitats. Bar Trigona guests can now adopt a hive of honeybees that will be installed at Dino’s Kelulut Organic Farm in Negeri Sembilan for an annual contribution of MR500. In return, patrons will receive six jars of artisanal Trigona honey and a bottle of bee propolis, alongside a personalised adoption certificate.

“Buying local honey is a great way to support healthy hives and biodiversity. In fact, we take this hyper-local approach to our entire menu — many of our standout ingredients come from small farms in Malaysia,” he reiterates. “For those who would like to see their hive and meet the farmers, we will organiser a group trip fo the farm.”

Lobby Lounge Four Seasons Kuala Lumpur Bar Trigona yun house Curate Four Seasons KL
Martin Teo
Editor
Martin has a bent for history and food culture, especially of the Peranakan heritage. Since the pandemic, he finds joy in plant parenting and continues to expand his collection of Philodendrons, Anthuriums, and Syngoniums. He's now on a lookout for the elusive Philodendron Florida Beauty to add to his urban garden.
Dining Living Home