Touted as one of the best destinations in the world for seeing wildlife up close, Africa is a treasure trove for watching animals in their natural habitat. The next time you’re on the lookout for a privileged peek of nature at play, mark these five luxury camps on your planner. 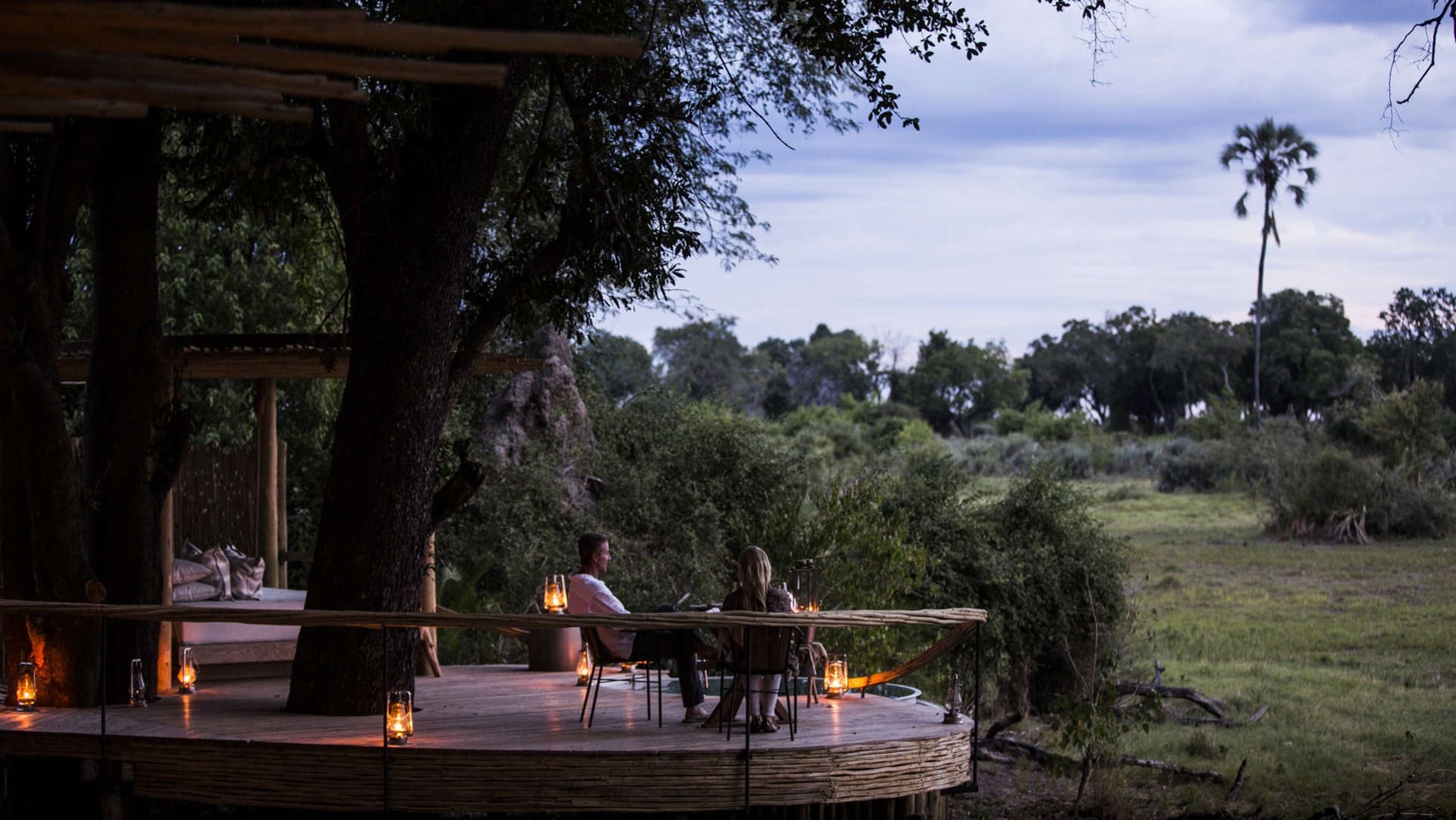 Gaborone-based Wilderness Safaris’ flagship property, set in the heart of the dramatic Okavango Delta, seduces with its freshly refurbished design — think copper-clad fireplaces, Belgium linen, vintage leather next to porcupine lampshades, and Congo pygmy beds converted into coffee tables. Just lounging on a swing bed on the verandah of your villa promises sweeping views of the floodplains. The cuisine is plush — try the Botswana Beef Fillet, the Ostrich and Apricot Tagine and snag some of their Kalahari Truffle Oil as a souvenir.
Game Point: They’re known for their rhino rehabilitation efforts, but as Africa’s predator capital, the Mombo Concession guarantees phenomenal sightings of the Big Five. 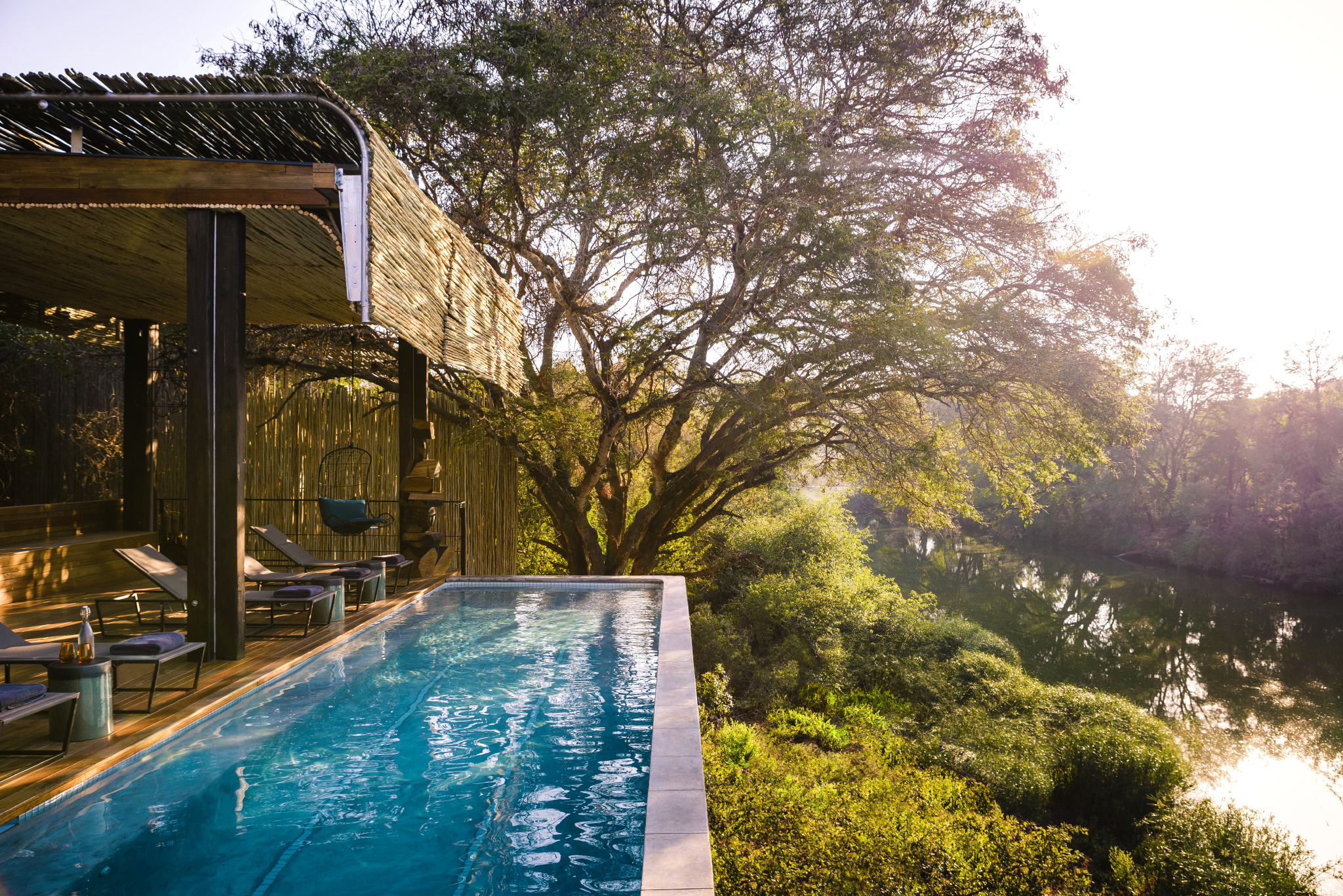 Since its 2017 makeover, this luxury camp on the banks of Sweni River within Kruger National Park, has ditched the staid safari decor for a hipster avatar. Its six suites have pops of millennial pink, lime green, and there’s a glass-walled show kitchen which delivers Instagrammable sharing plates — paired with SA wines  to an alfresco dining terrace. In true Singita sustainable-luxe tradition (the brand name translates to ‘Place of Miracles’) there’s no skimping on authenticity and exclusivity.
Game Point: Expect bush privileges. The lodge is part of a 33,000-acre private concession where Kruger’s strict safari rules are relaxed. You’ll be gawking plenty at Kruger’s 13,000+ elephants, along with impala, giraffes, rhinos, lions, leopards and zebras. 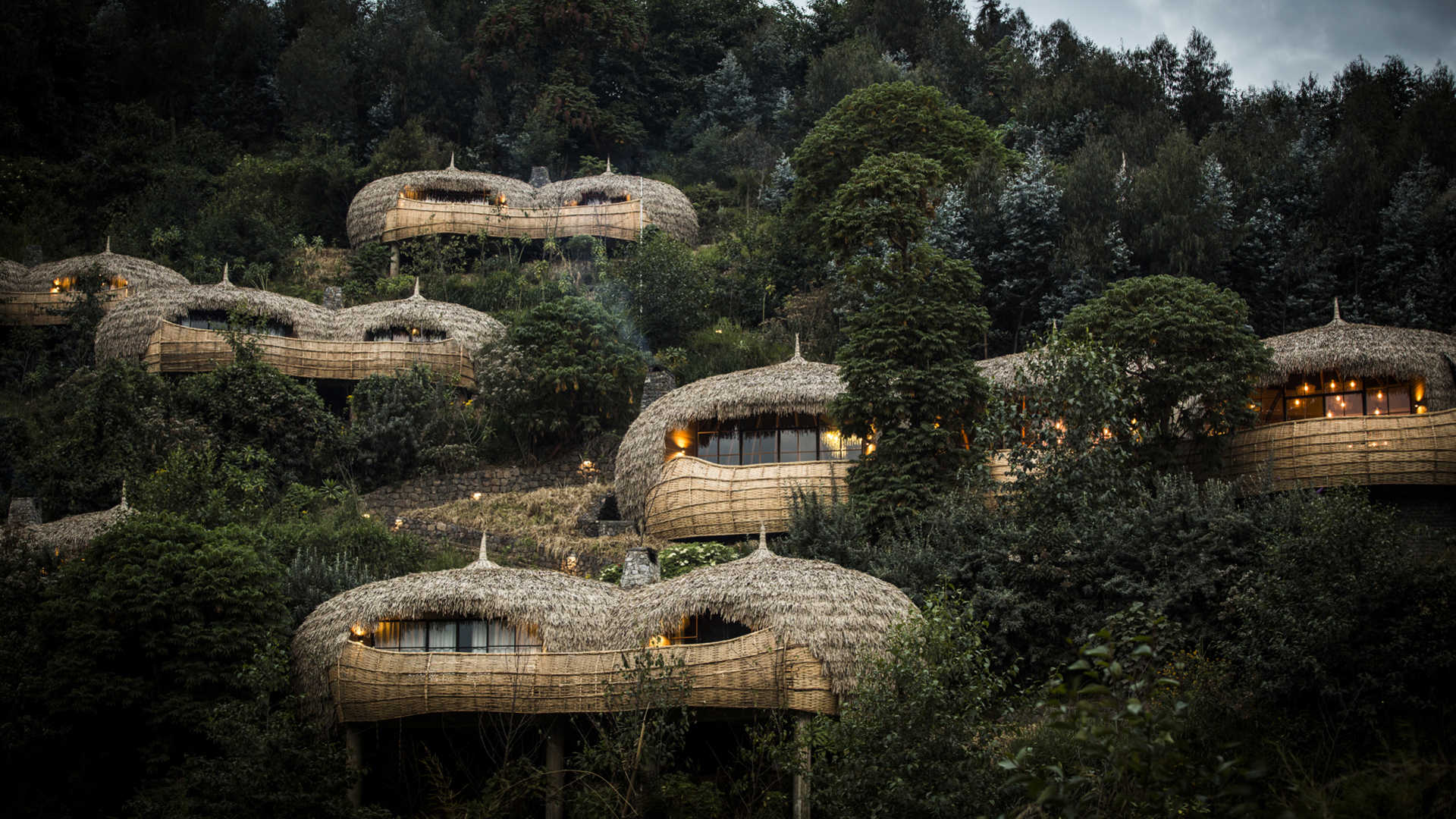 Break the bank to book one of the six thatched villas here — 8,530 ft above sea level – in Rwanda’s first luxury lodge. Bisate is pricey but committed to low impact tourism. The round, wifi-powered villas exemplify African minimalist-chic, showcasing indigenous materials with leather mirrors and open closets. Spend quality time soaking in a black resin tub in the bathroom gazing out at the misty mountains, join the competent and cheerful staff on nature/village walks, and plant a tree as part of the lodge’s reforestation project.
Game Point: The lodge is just a 20min drive from Volcanoes National Park, where guided treks get you close to mountain gorillas; fascinating creatures that share 98 percent of our DNA.  Do note that your fitness level needs to be above-average. 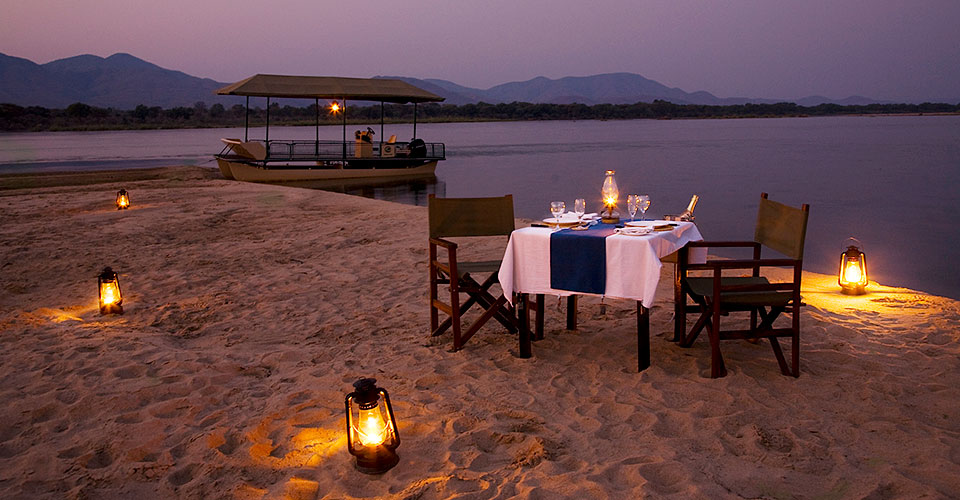 This family-run camp is legendary, having opened in 1989 and still drawing safari connoisseurs who come for the erudite guides and the location in the heart of the Lower Zambezi National Park, accessed by pontoon boats. The rest matches up – wifi-enabled timber tents with retro claw-foot tubs, plunge pools and outdoor showers. When not out gawking at big cats, spend long hours angling for Tigerfish in the mighty Zambezi River.
Game Point: Don’t miss the daily canoe trip in the mighty Zambezi River, which promises thrilling encounters with hippos, crocodiles, fish eagles and elephants. 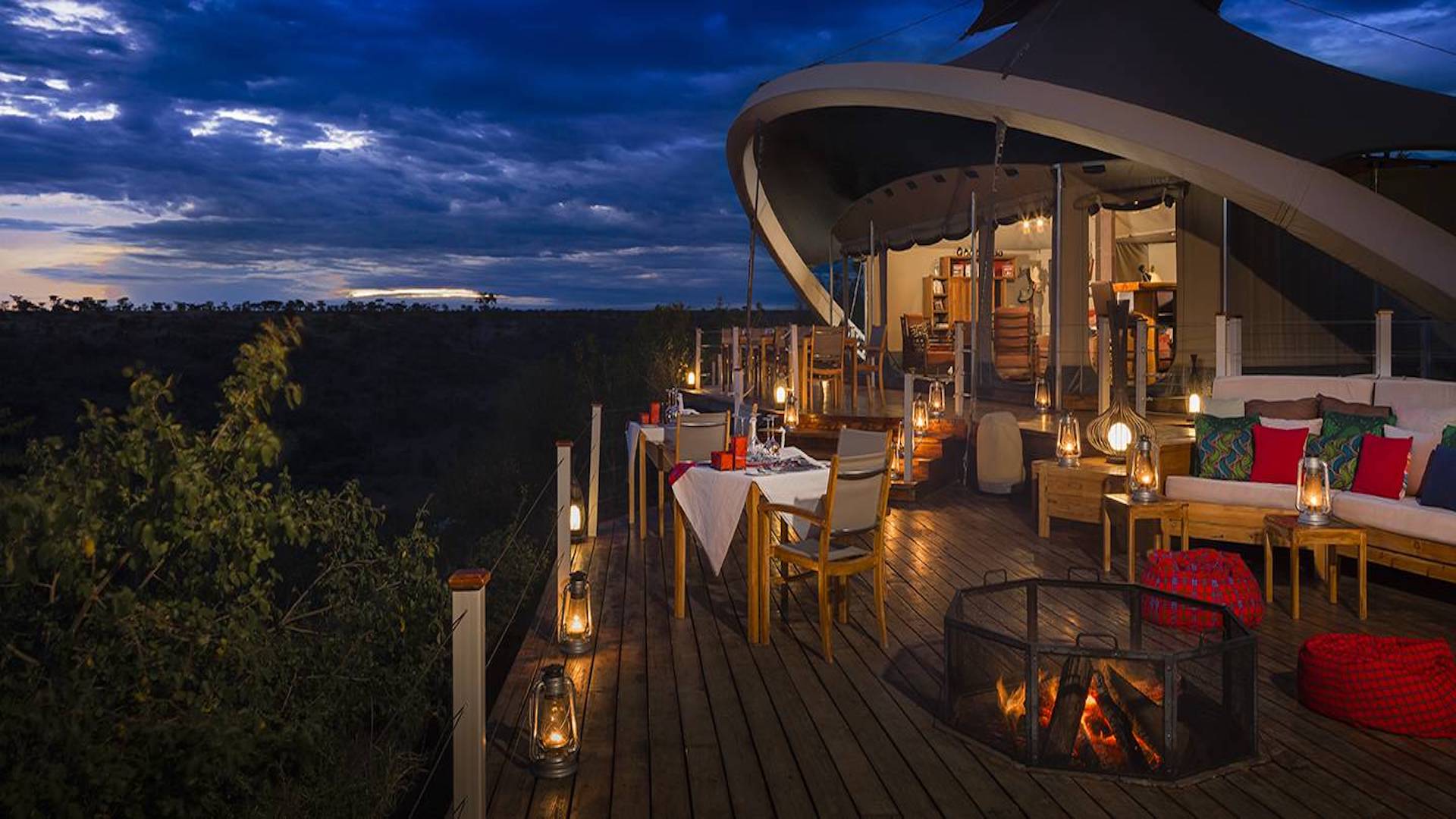 Sir Richard Branson’s safari lodge in the Maasai Mara doesn’t skimp on fun and flamboyance. If you aren’t a safari purist, make this a family vacay and prepare to be pampered with bush BBQs, champagne picnics and hot air balloon rides. Funky tented suites — inspired by the local Ndorobo tribe — are equipped with leather sofas, mini-bars, tea/coffee stations and writing desks. The infinity pool and sundeck are great for lounging around with a Kenyan Dawa (vodka, lime juice, honey) and the spa offers a relaxing Orinka (bamboo) Stick massage with lush African creams.
Game Point: You’ll get front row seats to the Great Wildebeest Migration (July to October).  At other times, expect jaw-dropping sightings of cheetahs, lions, giraffes, elephants and leopards.

Aparna is a freelance travel journalist, gemologist and jewellery designer with a weakness for solitary road trips, big cats, emeralds and aquamarine.

10 of the best yoga retreats around the world