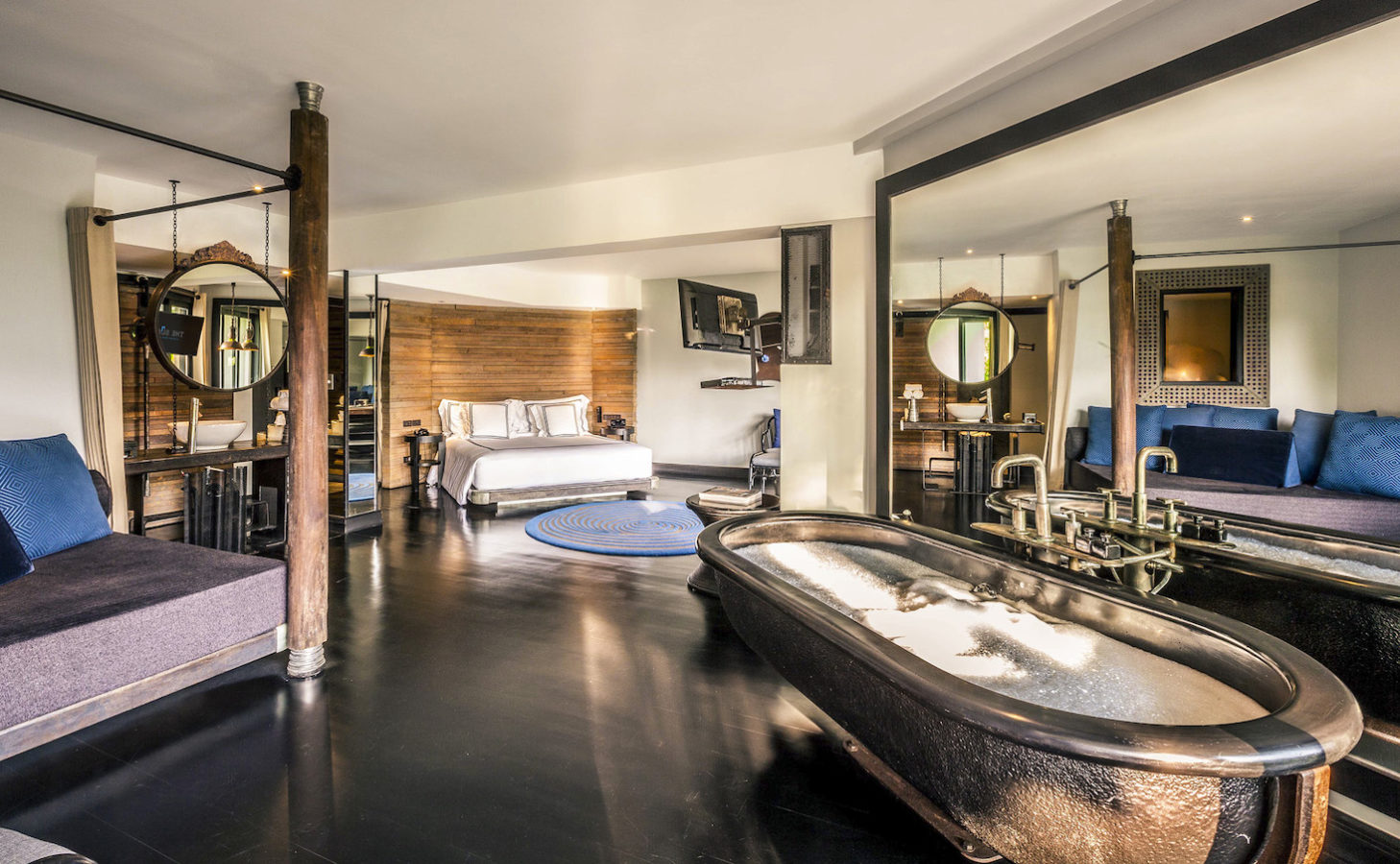 The beach is calling: 5 reasons why you should revisit The Slate Phuket

Travel
The beach is calling: 5 reasons why you should revisit The Slate Phuket
Share this article
Next article

When it comes to Phuket, the first thing that comes to mind is beautiful beaches, a bright blue sky, and, of course, a repertoire of dazzling hotels.

But for a place with a glamour far beyond beachfront beauty, The Slate Phuket hols a special place in our hearts. It boasts a story-telling and historically-inspired design, taking influence from Phuket’s tin-mining heritage. Beyond design, check out why you should visit – or revisit – The Slate Phuket for the five reasons we’ve sussed out here: sublime location, sleek design, scrumptious fare, soothing spa, and serenity.

[All images courtesy of The Slate Phuket] 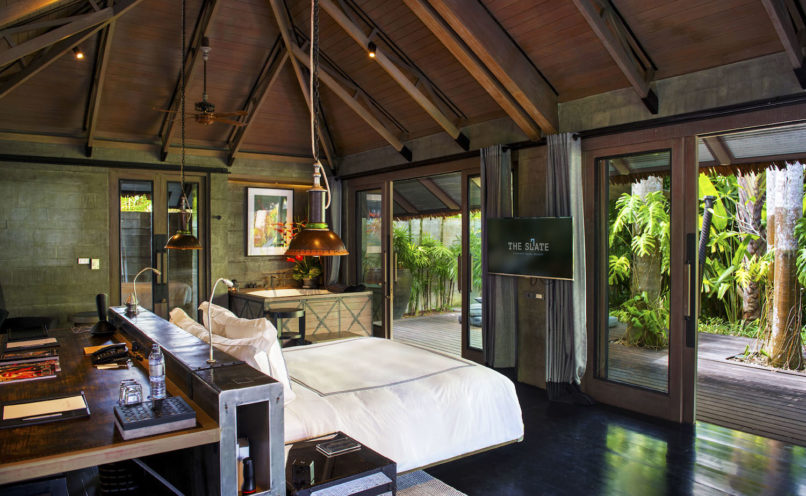 The modern industrial hotel formerly named Indigo Pearl is situated by Nai Yang Beahc. It is a true sanctuary for architecture aficionados who are also bon vivants at heart. What’s more, one of the most unique features about this property is its close proximity to the airport: less than 10 minutes by car. 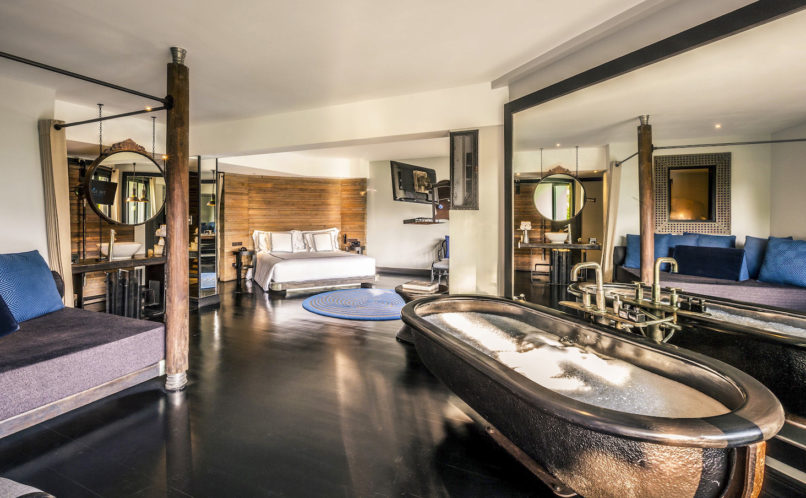 Designed by the interior design legend Bill Bensley, you know the hotel’s aesthetic won’t disappoint. With the goal of keeping it true to Phuket’s industrial past of tin-mining, Bill lets his interior set-up speak of a commingled world where past meets present. The Slate oozes out old-time industrial charm married with the finesse of contemporary design. Immediately upon arrival, guests will be welcomed with Bill’s interpretation of Phuket’s mining legacy through wood and metal steel elements. The suites and villas in boutique-style are also an extension of Bill’s vision for The Slate, exuding exotic yet lavish feels – all with five-starred amenities. Apart from the luxurious stay, The Slate also boasts over four in-house eateries, spanning Black Ginger, Tin Mine, Tongkah Tin Syndicate, and Underground Cafe, which makes it an all-around establishment for dining and unwinding. 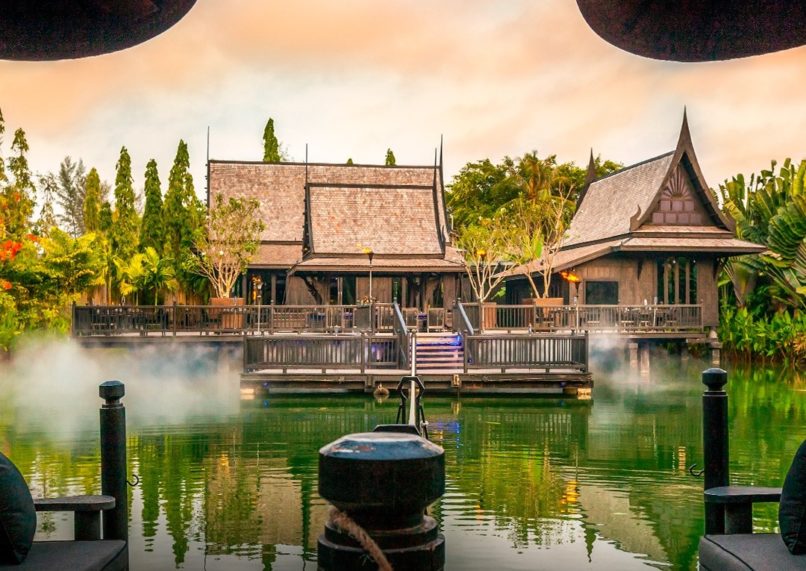 Our personal favourite? Saunter over to Black Ginger to for some scrumptious Thai food. The restaurant led by the talented Sous Chef Anongrat Meklai serves up the tastes of Phuket touched with The Slate’s finesse and fusion flavour through a tasting and a la carte menu. Nestled amid the lagoon in a traditional Thai house, Black Ginger’s true showstopper is the hand-pulled boat ride to the restaurant, which offers up something different from our everyday dining experience. 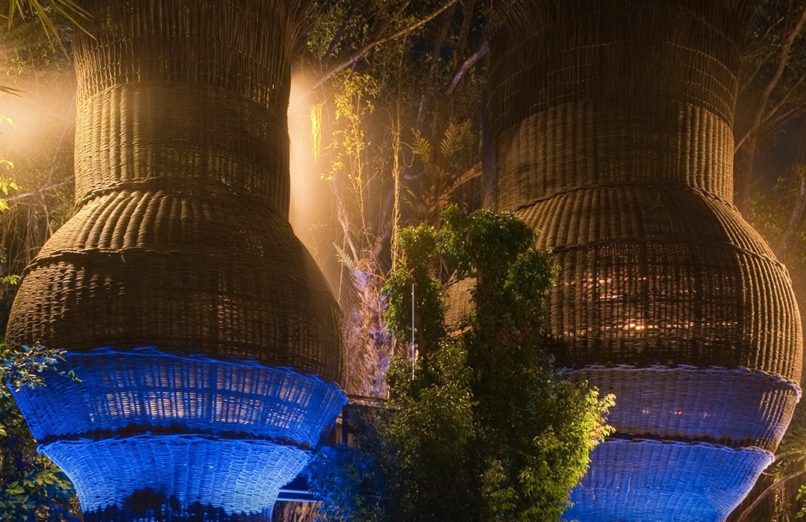 Amongst the many highlights of The Slate, their Coqoon Spa offers a range of rejuvenating treatments. Yet as impressive as their wellness programs are, the main event is their Tree Nest, a massive bird nest-like spa suite set in the woods that really exudes a sense of zen and stillness. 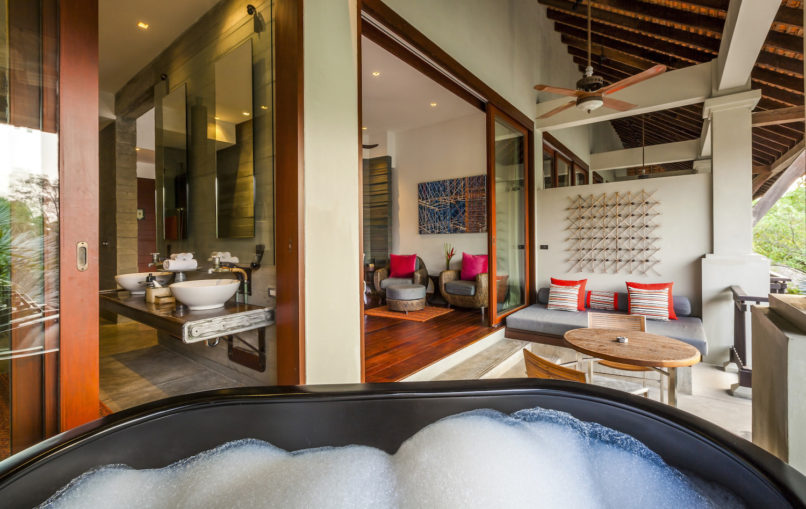 Although The Slate is located only a few minutes drive from the airport and is still pretty much in the heart of Nai Yang Beach, the hotel brings out much-needed tranquillity that makes you feel as though you’re staying in the wilderness. For serenity-hungry travellers who crave luxury as well as nature, The Slate Phuket should be your next escape.

Phuket Bill Bensley nai yang beach the slate phuket
You might also like ...
Living
5 luxury residences that are opening in 2021
Travel
First Look: Tonino Lamborghini Boutique Hotel Phuket
Travel
Checking in: once upon a time in Keemala, Phuket’s mystical rainforest escape
Travel
Why The Nai Harn Phuket is every island gourmand’s dream
Kankanit Wichiantanon
Writer, Bangkok
Kankanit is a writer by day and a baker by night. If there’s one thing you should know about her, it’s that she can wax poetic about food 24/7. Her daily routine is writing, cooking, eating, repeat. They are the things that inspire her from morning 'til night.
Dining Culture Home

Where to stay on Koh Chang, according to your vibe and your tribe

7 luxury destinations for a socially-distanced vacation

Checking in: a weekend of kombucha and Cryo therapy at RAKxa