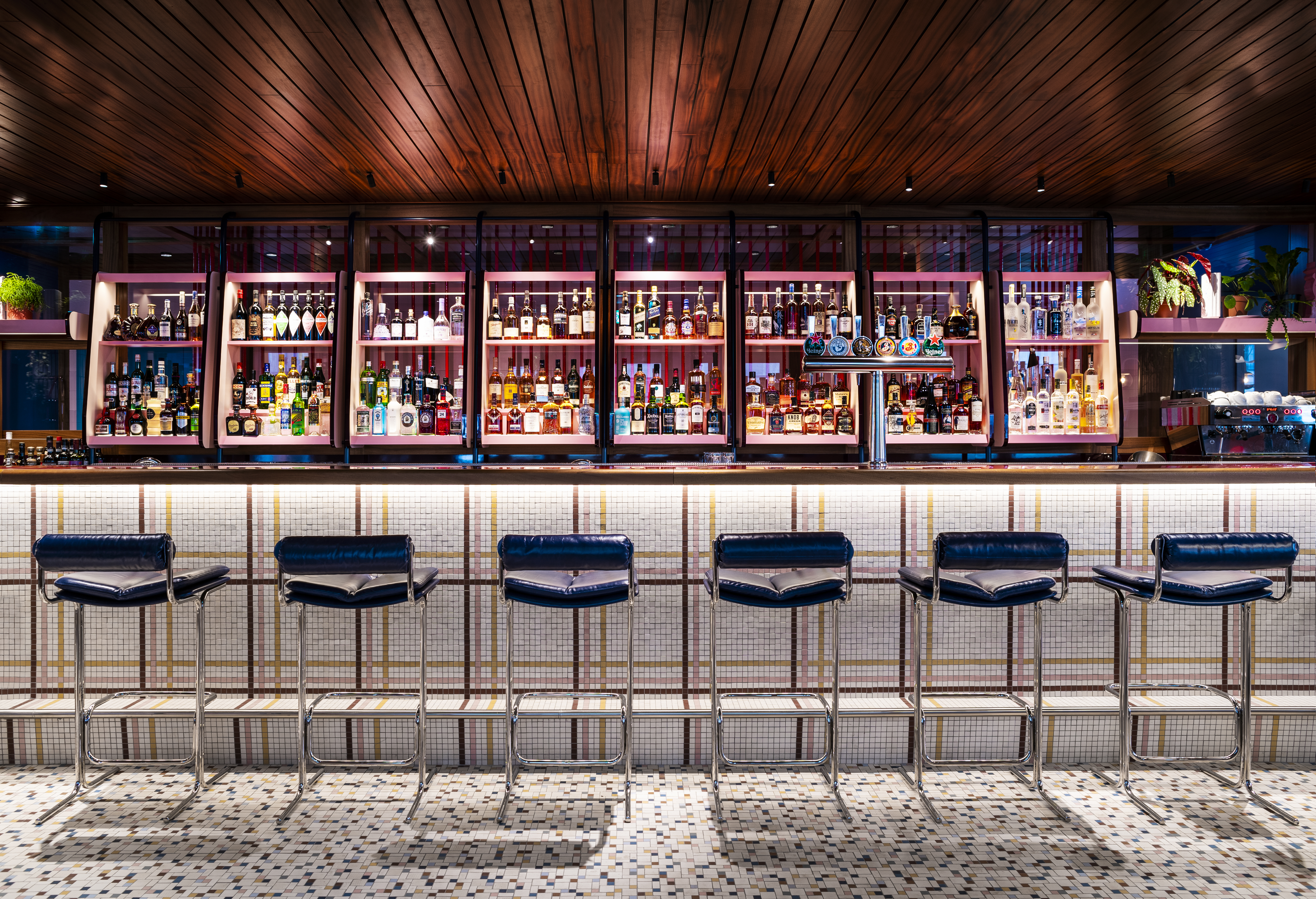 If there’s one hotel you’ll be hearing about non-stop for the next few years, it’s The Standard. With Thailand’s Sansiri PLC as its new majority stakeholder, Standard International has just opened the first hotel outside of the US, making its London debut in the former Camden Town Hall Annex. The Standard London marks the first in the company’s global growth pipeline, which includes openings in the Maldives, Koh Samui, Bangkok, Bordeaux, Milan, and Paris. And that’s just to name a few. The 266-room hotel takes the form of a 1974 Brutalist structure, overlooks the hustle and bustle of King’s Cross, and is impossible to miss. Here’s how the hotel captures London’s bohemian spirit, inspires creativity, and demands to be visited.

[All images courtesy of The Standard.]

The Standard London pinpoints the geographic centre of the city — a stone’s throw away from St Pancras station for all you Eurostar needs, as well as creative hubs like Central Saint Martins and the headquarters of LVMH and Google. But this bohemian hotel pays homage to London’s creative minds and artistic developments in more ways than simply its location. Behind its front desks, the team wears outfits designed exclusively by Craig Green, a fashion designer of the moment and graduate of Central Saint Martins. In the rooms, guests are also provided with robes designed by this Menswear British Fashion Designer of the year.

Going through the oversized blue revolving doors, you’ll spot a specially commissioned piece of artwork by Lubna Chowdhary behind the reception desk. This ceramic installation, “Perfect Time” uses its colourful surface and round shapes to conjure a visual reflecting the passage of time.

Needless to say, The Standard London is a real celebration of the city’s art, culture, and creativity. Its Library Lounge on the ground floor is itself a home to several of great titles and world-renowned works.

With the help of an in-house librarian, the titles you’ll find in this library are organised in unexpected pairings. You’ll find books shelved in Romance & Technology or Politics & Tragedy for example. The idea is to encourage more conversation and discussion amongst the readers.

Adding further to the artsy vibe of the hotel, there’s also a Sounds Studio. This is a wood-panelled, sound-proofed studio that hosts, streams, and records DJ sets, interviews, podcasts and more. The space exemplifies the brand’s long and deep connection to the music world.

Of course, this creativity-boosting hotel does not fall short on gastronomical delights. Two restaurants helmed by Chef Adam Rawson include Double Standard — serving hearty bar food and drinks — and Isla — serving seasonal cuisine with a focus on fresh pickings from the property’s own beautiful garden.

Later in September, there’ll also be a sky-high restaurant with a 360-degree view of London and live fire cooking inspired by Spanish and Mexican flavours.

The Standard London debuted with an intimate dinner at Isla restaurant and a vibrant summer party at the hotel’s ground level. Guests mingled in and out of the Double Standard Bar and the iconic Library Lounge. These guests included several celebrities and VIPS, from actress Tessa Thompson to singer Lily Allen. Of course, notable Thai guests were also in attendance, with Sansiri’s creative director Ou Baholyodhin, Orawan Ingkhasit and Sornsin Maneewan amongst the lively crowd.

A bohemian’s paradise, The Standard, London, is a buzzing and dynamic place. Far from simply being a place to rest your head, The Standard is a house of ideas, discussion, and creative pleasures.

6 boutique hotels in Hua Hin for your next weekend trip