Refresh and rejuvenate your senses at these thermal spas in Austria

Hot springs come in many shapes and forms. In Japan there are the onsens; Turkey has the Pamukkale, and in Austria, thermal spas reign supreme.

The European country is not just famous for its castles, Swarovski crystals, and the fact that it’s the birthplace of legendary musicians like Mozart and Beethoven. Austria is also well known for its spa culture, and when you combine that with its picturesque landscape (most of Austria is located within the Alps), it’s a recipe for a perfect weekend.

So if you’re embarking on a European vacation anytime soon, we promise it’ll be well worth it to check out some of these thermal spas in Austria. 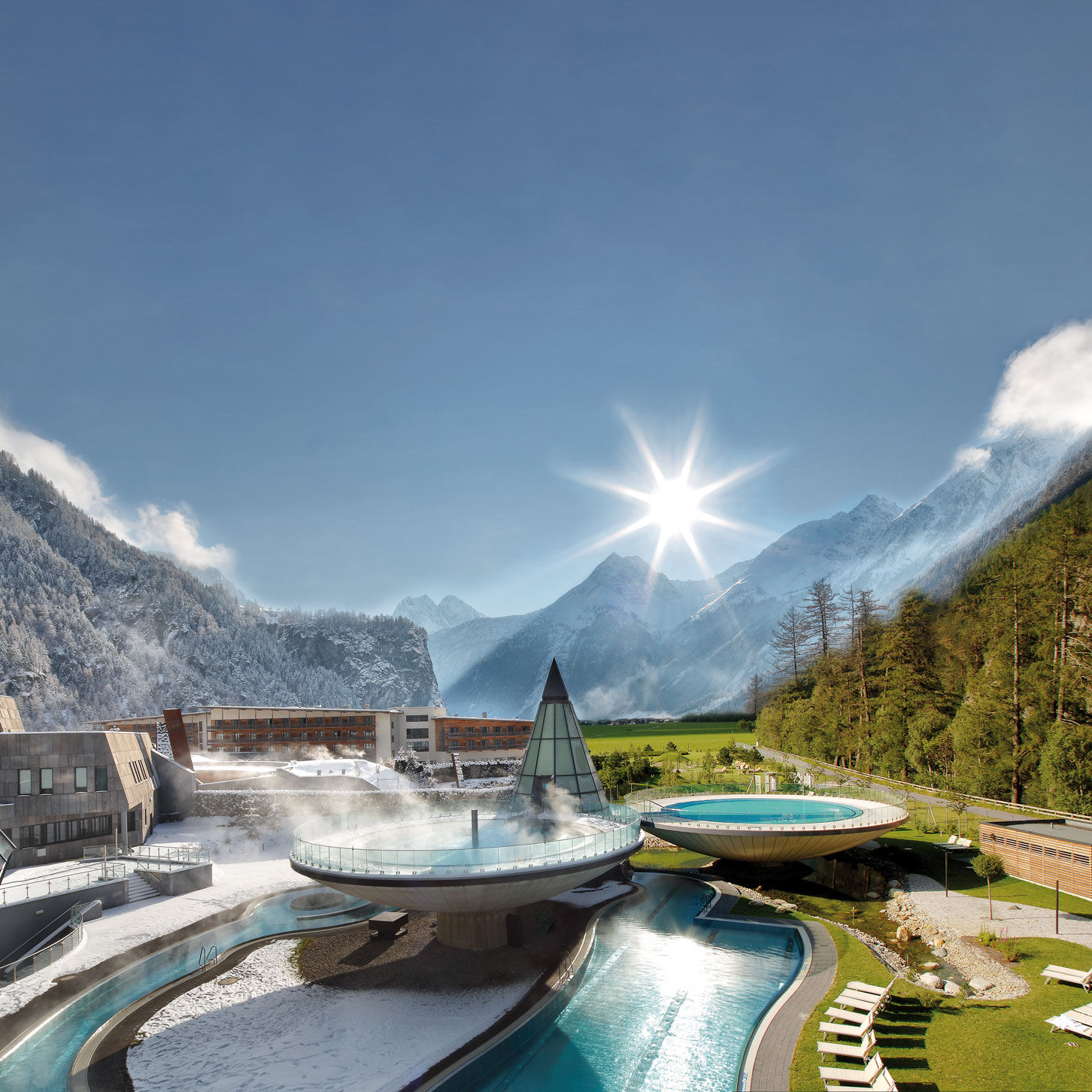 Located in the Western state of Tyrol, Aqua Dome is a stunning outdoor thermal spa. The compound has a combined 12 indoor and outdoor pools with temperatures ranging from 33℃ to 36℃ and seven saunas for you to lounge in. It is built on an area formerly known as the Längenfelder Baths, which is well known for its healing springs. For the true Austrian experience, head to one of the outdoor baths, which have the most dramatic views of Ötztal Valley’s Alpine peaks as you’re soaking in the mineral-rich water. 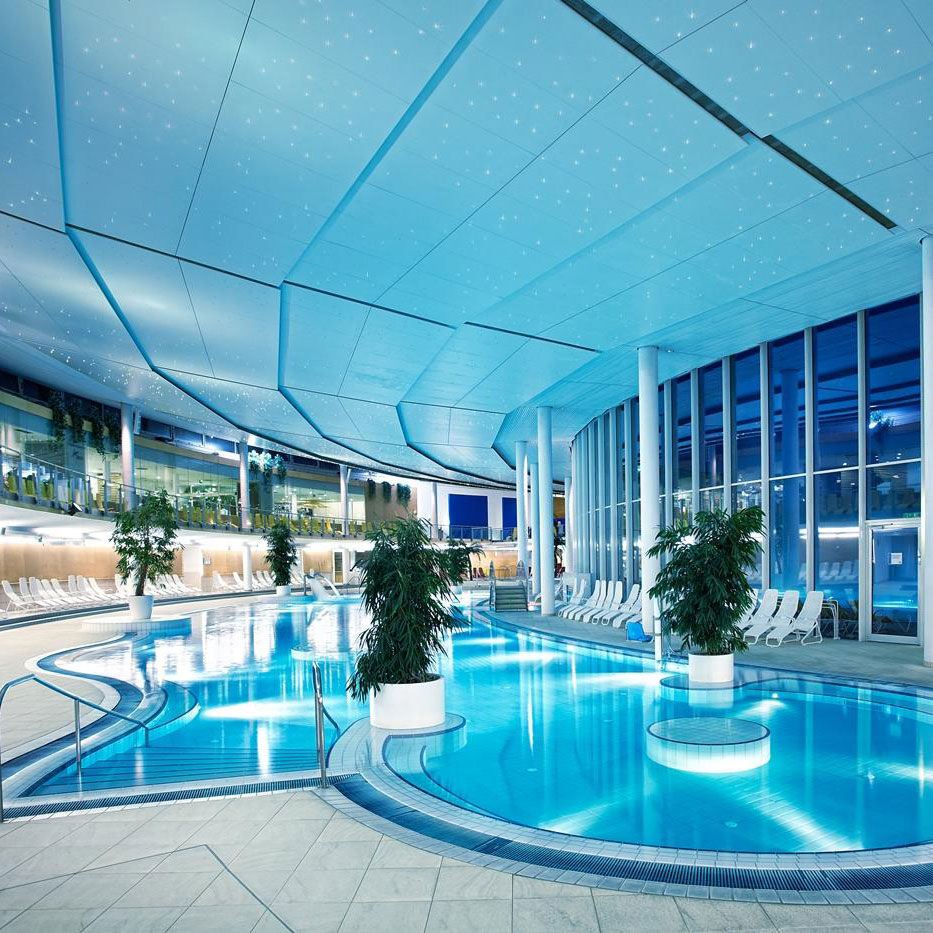 It’s a three-in-one package at Therme Geinberg, where you can take a dip in the Caribbean-themed lagoon pool and lounge in a Turkish-inspired hammam area, all while in the heart of Upper Austria. The indoor lagoon has five pools and three water worlds for you to choose from – thermal, freshwater, and saltwater. Do check out the Turkish baths, which have been specially designed to resemble a modern hammam. 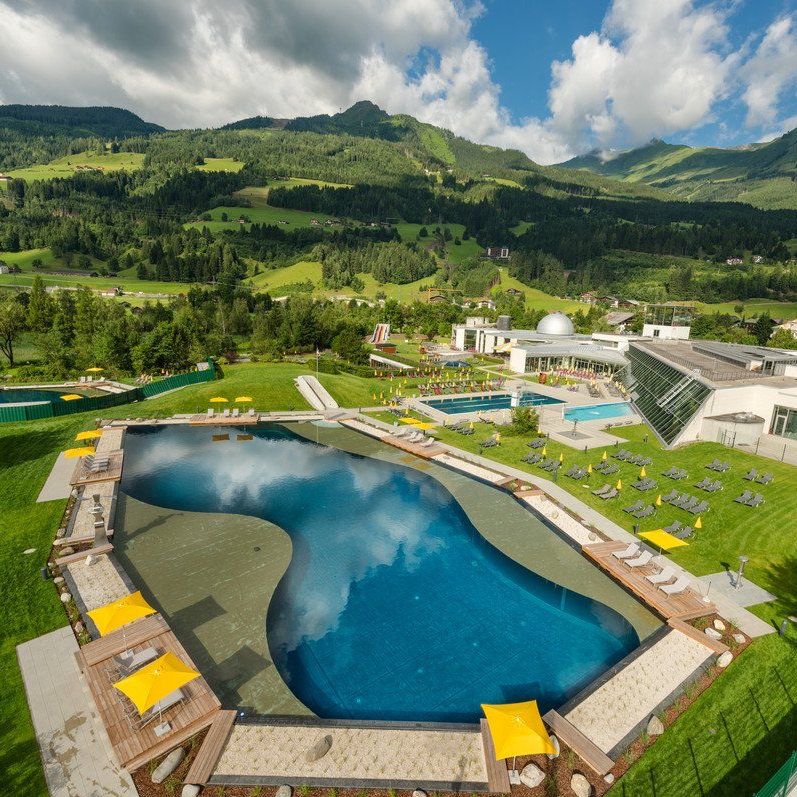 Step through the doors of the Alpentherme Gastein and you’ll be wowed by the 30,000-square-metre spa resort. It is located in the town centre of Bad Hofgastein, a market town in the Gastein Valley famed for its ski slopes. The stars here are the two thermal swimming lakes, where you can immerse yourself in the pure thermal water that has been filtered through natural means. Calming water activities like stand-up paddle boarding can be done at the bigger lake. 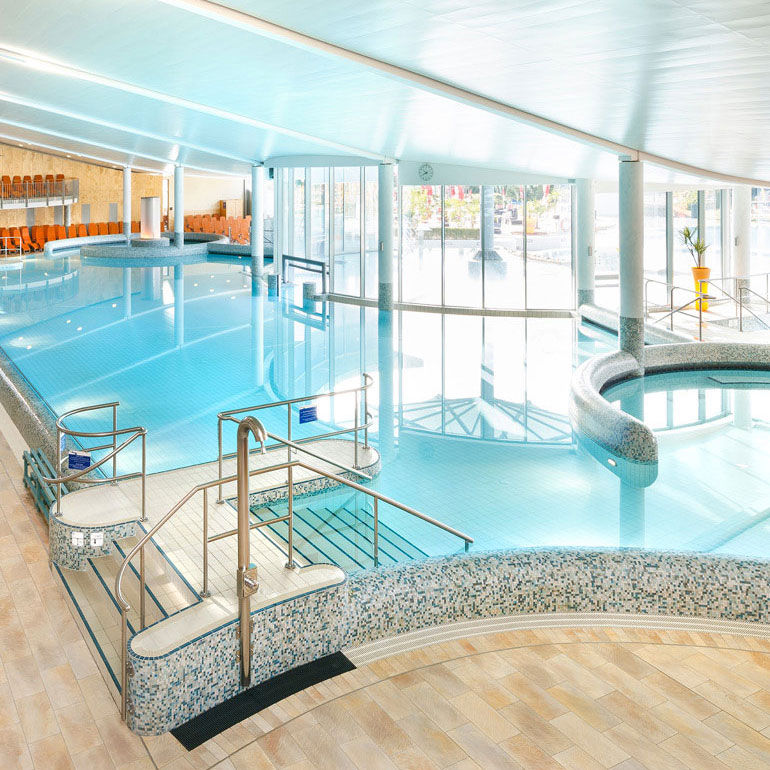 It doesn’t matter if you’re a professional swimmer, a C-suite executive taking a sabbatical, or a toddler encountering a body of water larger than a tub for the first time. The pools at Therme Laa will cater to everyone’s needs. Fed straight from the source of the sodium chloride iodine mineral spring “Laa thermal North I”, you’ll feel rejuvenated in the 42℃ water. If you don’t want to be disturbed by the chatter of the others in the pool, retreat to the adults-only Silent Spa, where talking is strictly prohibited. 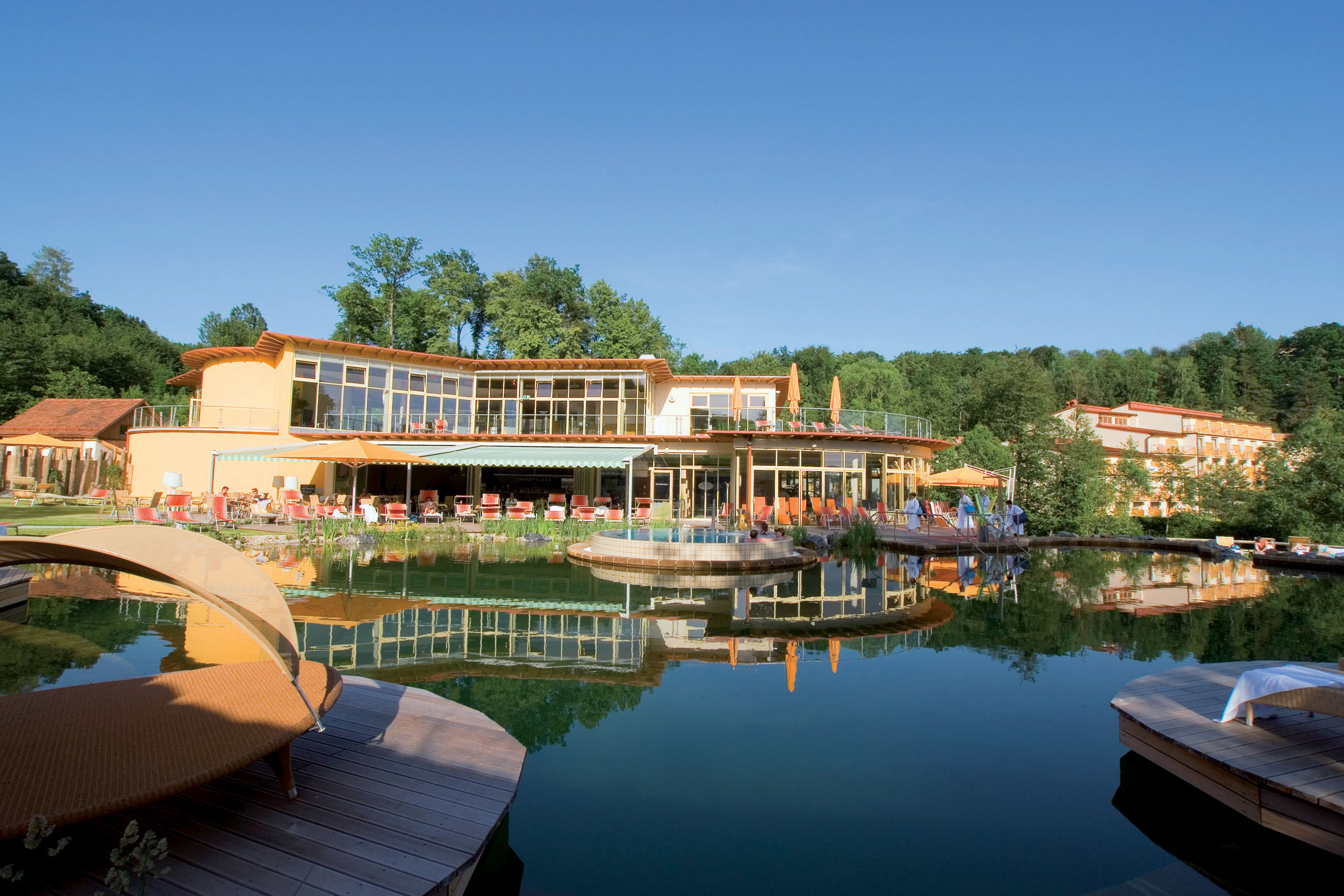 Nestled amongst the green meadows of Bad Waltersdorf is the Heiltherme Day Spa. For its 30th anniversary, they unveiled a refurbished complex that includes seven thermal pools and a sauna village. The aforementioned pools are fed with thermal waters of 62℃ that have been chilled to a range of 28℃ to 36℃ so guests don’t start boiling. And if you’re hoping to get that even tan, there’s also a secluded nude sunbathing area. 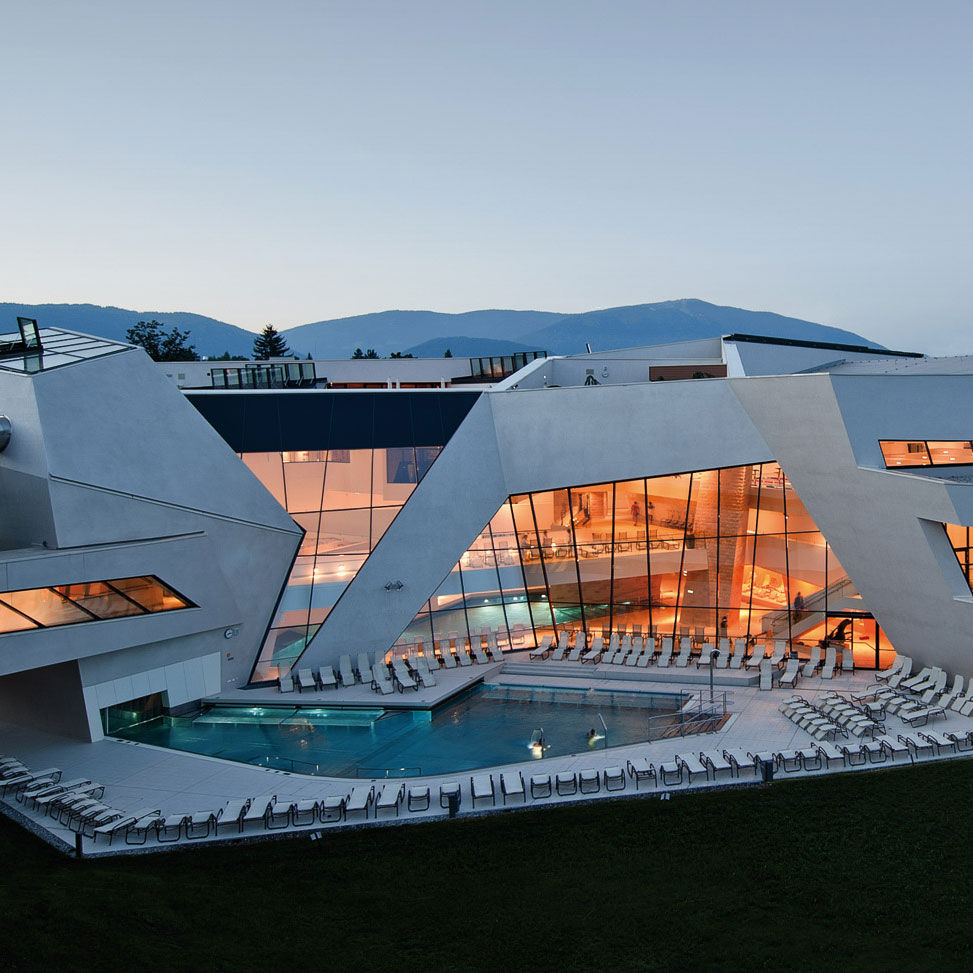 The thermal pools at KärntenTherme will have you feel like you’ve been transported into a futuristic world. Located in the quaint spa resort of Warmbad-Villach, the pools of calcium-magnesium bicarbonate water are fed by six natural springs underground. Nearby, there is a natural pool called the Maibachl that fills up when the snow on Mount Dobratsch melts in May. Should you want to take a break from the warm waters, there is an ice pool in the spa for you to cool down. 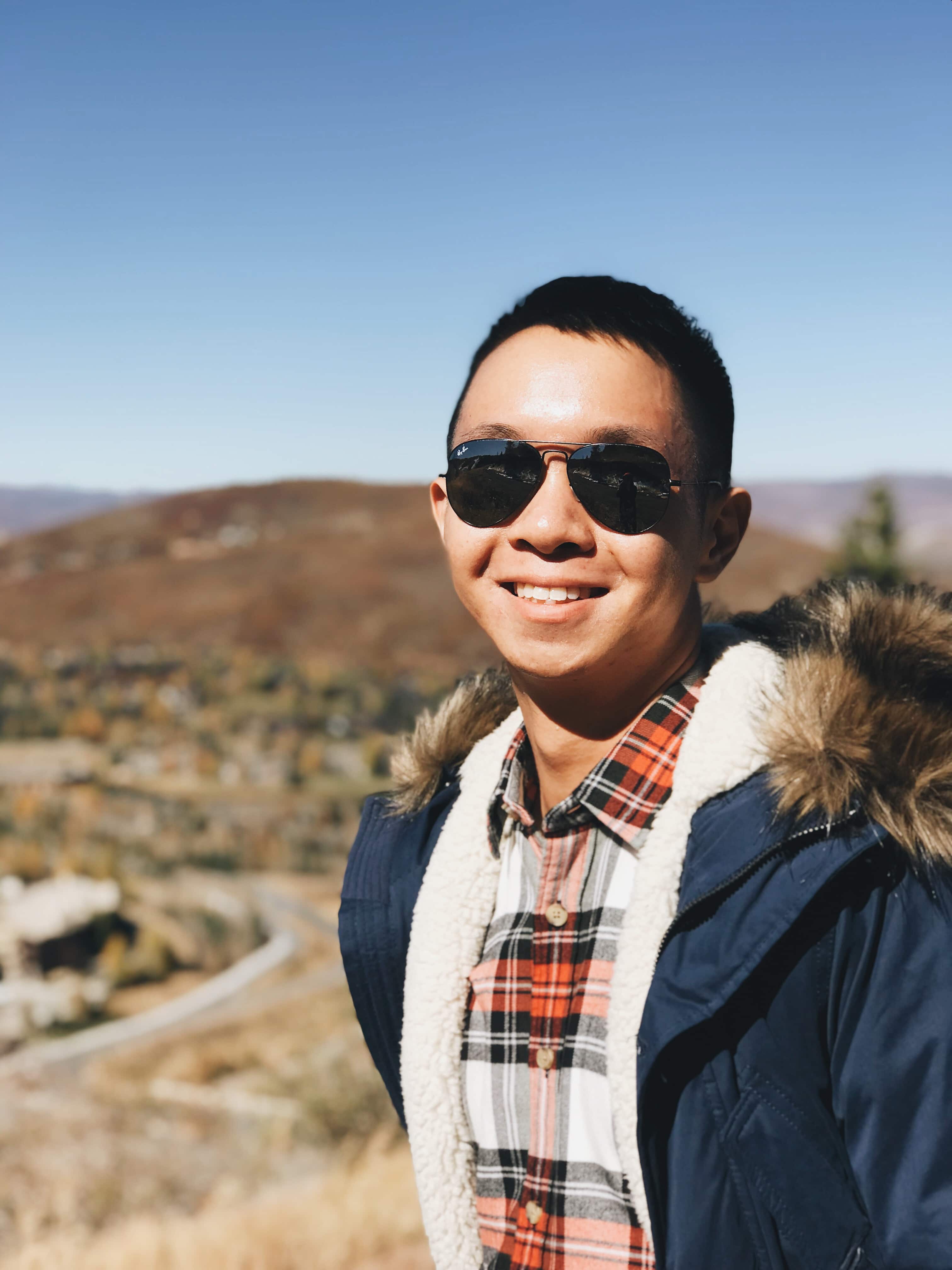 Checking in: Amansara is the reason why we won’t stop revisiting Siem Reap

New hotels in Japan to visit when the borders fully reopen