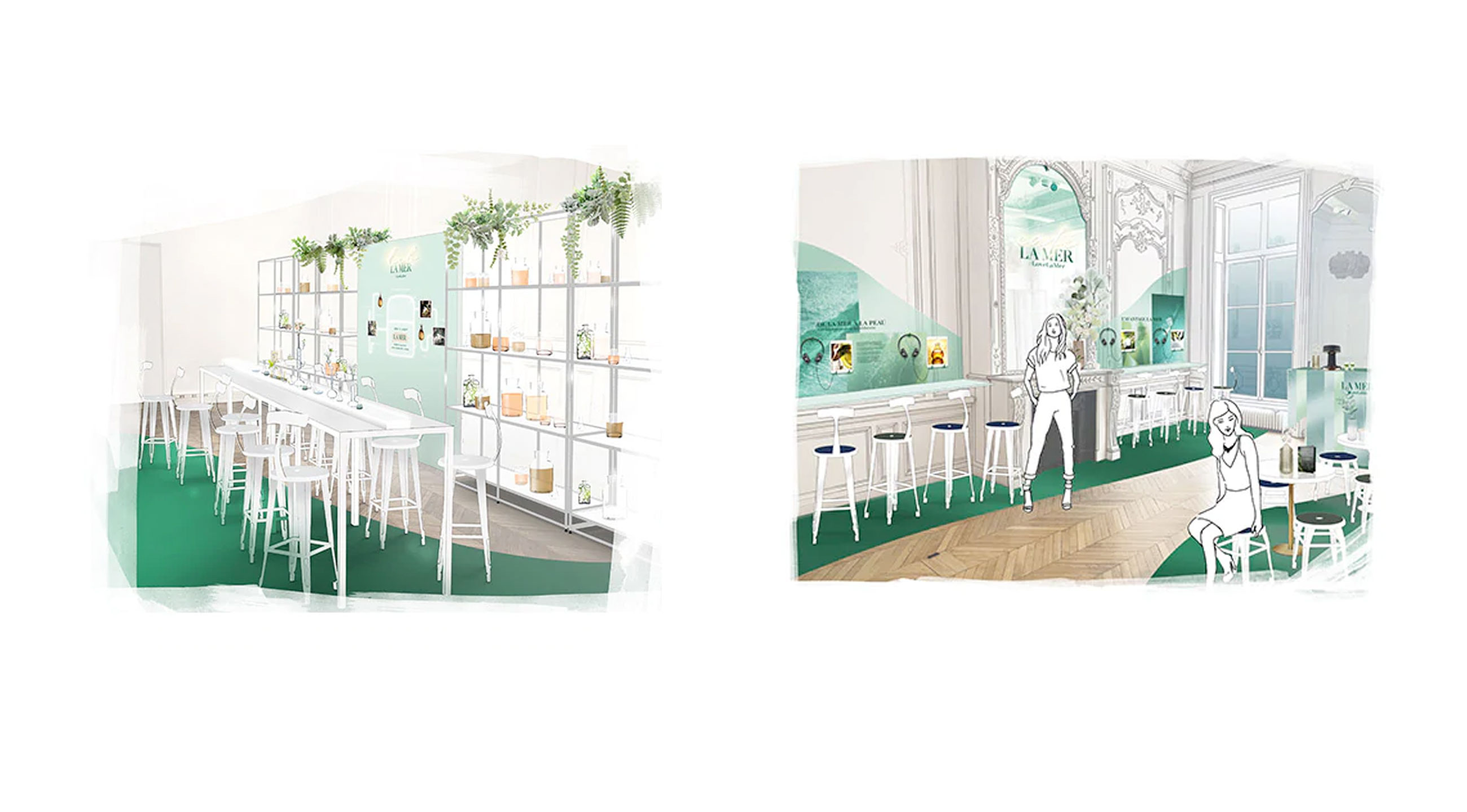 Ahoy! High-end cosmetic brand La Mer is opening a brand new pop up store in Paris, from June 14 to June 16. The brand will be occupying a Parisian apartment on rue Saint-Honoré to showcase their novelties, to connect, but also to educate…

The first arrondissement is the nucleus of luxury living in the French capital. With Place Vendôme literally metres away, the chic borough is home to every major player in the luxury industry. This summer, the saying will become even truer as La Mer will be investing a flat on rue Saint-Honoré, to showcase their latest products, teach sane routines for both your skin and mind, and help you relax through several workshops.

The apartment will showcase La Mer’s incredible innovative achievements that spanned over 12 years. In the 1950s, it indeed took for aerospatial physician Max Huber more than 12 years — about 6 000 clinical tests — to develop the Miracle Broth™ formula in California. It then became La Crème de La Mer (French for sea lotion). It is one of the very first products made of seaweed, handpicked in the English Bay in Vancouver, British Columbia, Canada. The (very) extensive research and development is of course now a token of the brand’s attention to quality.

It is nice to learn but summer is right around the corner and La Mer wants you to relax. Several workshops and talks will be announced, focusing on ways to improve one’s everyday life. They will only be available via registration directly on La Mer’s official website, and will come with their complementary skincare applications.

On June 10, the Estée Lauder company has also pledged €575 000 in donation for the conservation of marine habitats around the globe. La Mer has been campaigning through social media, encouraging its audience to be positive influences in today’s climatic disaster, by using their hashtags on social media and donating during the eight-week campaign.

Tiffany & Co. spreads the love with a new fragrance collection