Home > Culture > Art & Design > Out of obscurity: art masterpieces that were rediscovered 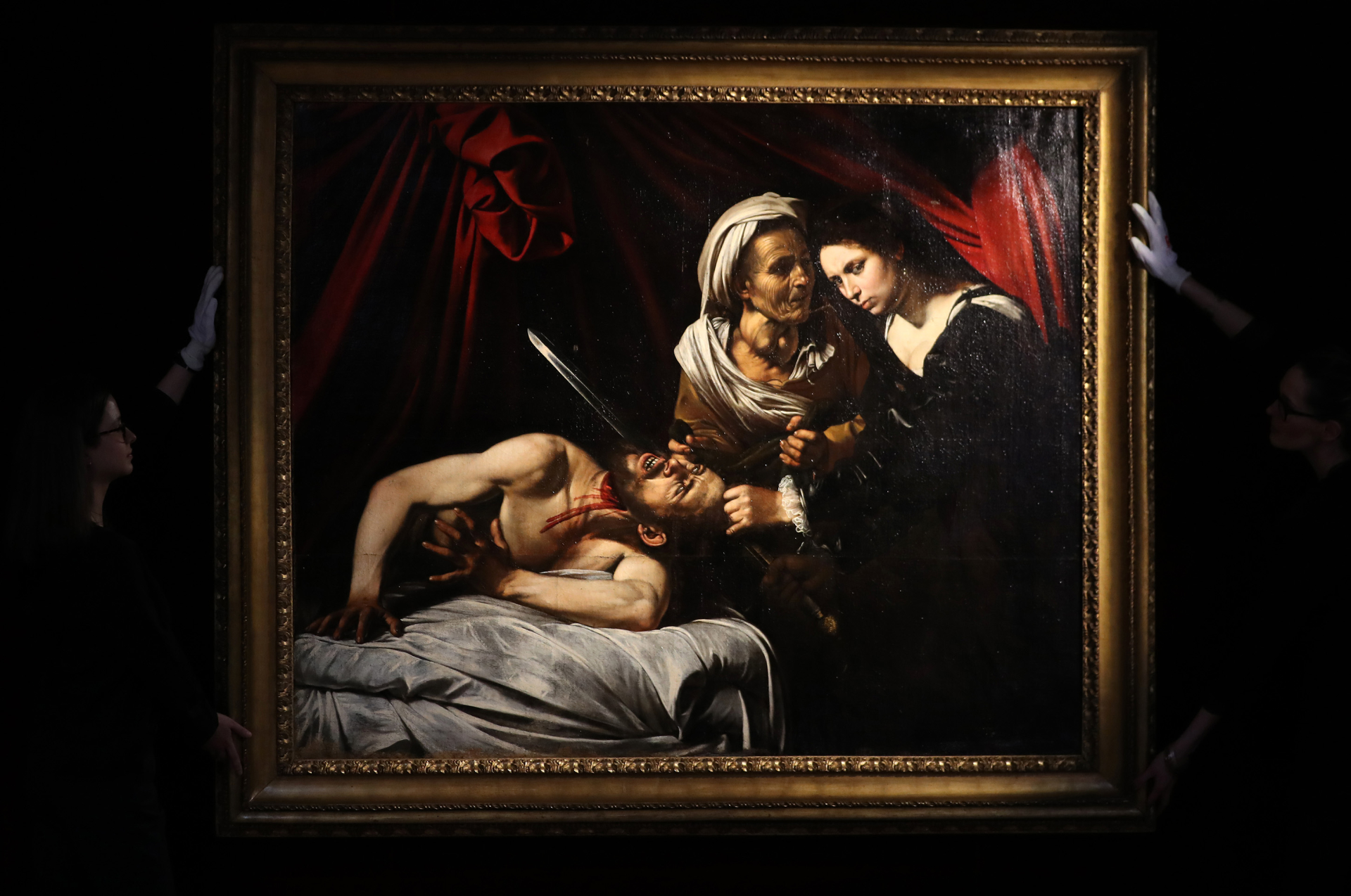 Out of obscurity: art masterpieces that were rediscovered

Culture
Out of obscurity: art masterpieces that were rediscovered
Share this article
Next article

Have you paid attention to the art you have? You might just be sitting on gold. Which was the case for an elderly French woman. A 13th-century painting by the Italian master Cimabue — that goes on auction Sunday — was found in an ordinary home in France. The Renaissance painter’s “Christ Mocked” had been hanging in the elderly woman’s kitchen. She had it valued, thinking it was just an old religious icon. This painting is among a handful of art masterpieces discoveries that have thrilled the art world. And here are three similar astonishing art masterpieces finds.

Caravaggio in the attic

A painting thought to be a lost masterpiece by the Renaissance artist Caravaggio was found under an old mattress in the attic. This discovery was made in the French city of Toulouse in 2014.

“Judith and Holofernes”, dated to 1606, depicts a biblical scene of the beautiful Jewish widow Judith beheading a sleeping Assyrian general. The house owners discovered it while investigating a leak in the ceiling.

After examining the piece for months, Eric Turquin, an art expert in Paris, authenticated the work as a Caravaggio. Most specialists agreed, though some in Italy had their doubts. The painting was estimated at 100 to 150 million euros ($110 to $170 million). And later it was due to be auctioned in France in June 2019. But two days before the sale it was snapped up by an anonymous foreign buyer.

In 2016, a Dutch art dealer bought a portrait at a Christie’s auction in London that he was convinced was an authentic Rembrandt, even though it was listed in the catalogue as coming only from the master’s “circle.”

Rembrandt expert Jan Six had travelled to London days before the auction to discreetly examine the “Portrait of a Young Gentleman”. Undated and unsigned, it shows a young man wearing a black cloak with a white lace ruffle in a style distinctive of Rembrandt, who died in 1669. Six bought the piece for 137,000 pounds ($175,000, or 160,000 euros), far below what a real Rembrandt would fetch. On his return to Amsterdam, Six had the painting examined by other art historians. Many of whom also believe it is a real Rembrandt.

Gauguin left on a train

In 2014, Italian police recovered from a pensioner a painting by French post-impressionist artist Paul Gauguin. And another by his contemporary Pierre Bonnard, which were stolen from a house in London in 1970.

Gauguin’s “Fruits on a Table” (1889) and Bonnard’s undated “Woman with Two Chairs” had been hanging in the retired Fiat factory worker’s kitchen since he bought them at auction in 1975 for 45,000 lire. Which would be the equivalent of around 238 euros today. The unsigned art masterpieces had been auctioned — on the second try, because the first failed to attract any bidders — after being turned in at the Turin railway station as lost objects left on a train. One of the buyer’s sons recognised the styles of Gauguin and Bonnard after consulting catalogues. He went to the police and investigations verified they were the stolen pieces. The Gauguin was estimated to be worth 10 to 30 million euros and the Bonnard 600,000 euros. They were returned to the Italian buyer, since they had been bought in good faith and the original owners had passed away, leaving no heirs.