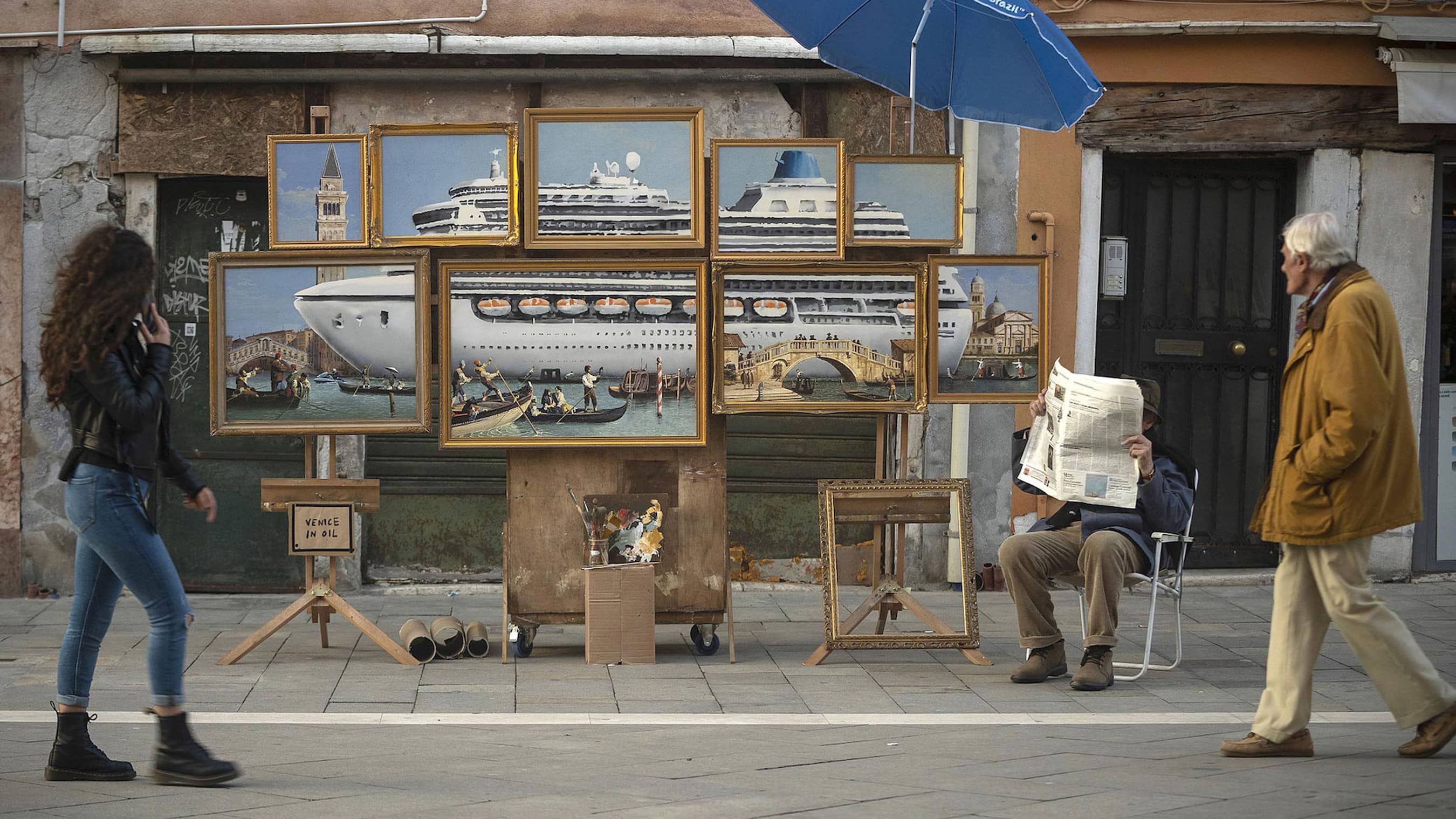 Banksy takes over Venice Biennale, here’s where to find his street art

Banksy was just spotted in Italy. The artist, thinker and provocateur was recently seen in Venice, where he unveiled a new artwork. Composed of 9 framed paintings, the odd mosaic depicts a cruise ship, surrounded by dozens of smaller Venitian boats with. Titled “Venice in Oil”, the work and installation are not part of the official Biennale selection.

Banksy, in his usual, detached fashion, introduced the news via a short video, on Instagram.
“Despite being the largest and most prestigious art event in the world, for some reason I’ve never been invited”, he writes, as a caption. In the short video, strollers are stopping by, visibly captivated by the work. Quickly, two police officers approach the man, hiding behind a trench coat and a newspaper. They gently ask him to leave as the camera pans on a real boat, revealing the essence of Banksy’s social commentary here.

Where to find Banksy’s work, in Europe?

The pseudo-anonymous Englishman is obviously (and ironically enough) a superstar. The politically committed painter has virtually worked on every continent. His work, though only sold by him for incredibly low amounts, is one of the most coveted, right now. People even went as far as cutting whole parts of walls, to steal his stencil-crafted social commentaries.

Europe, including Great Britain, has to be the largest pool of artworks. Most of them are still accessible — and looked after. London, Bristol of Course, but also Liverpool, Paris, Naples or Venice now, are home to some of his artworks.

Below, we rapidly list 5 of his works you need to check out when in Europe.