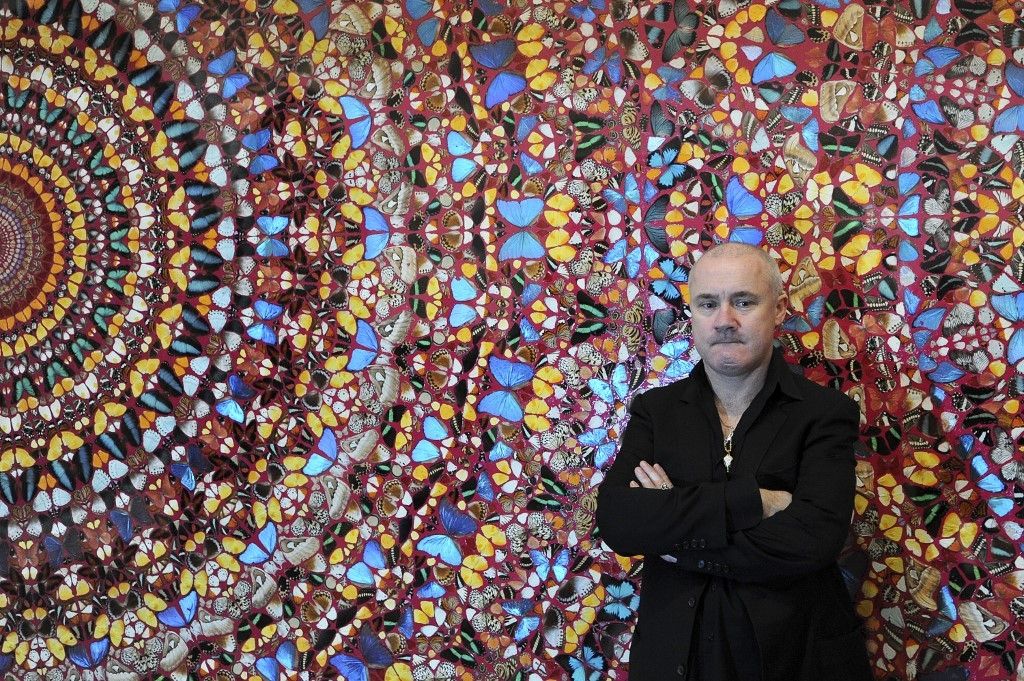 Damien Hirst’s Cherry Blossom is really something for sore eyes. And it should be. After nearly two years in the studio, the British artist finally announced that he will present his latest series, Cherry Blossom, at the Fondation Cartier in Paris next June.

Hirst made the announcement on Instagram. He was posting videos of himself working on the colourful canvas of his new body of work in his London studio.

“Working like mad to complete the paintings and gonna post a few videos to show you how much fun I’m having in the studio, feel like a kid in a sweet shop, can’t stop painting,” he wrote in the caption, adding that “who said cherry blossoms are dark?”

Details about Damien Hirst’s Cherry Blossom at the Fondation Cartier are still scarce to this date, with full details due in mid-November.

Last May, Hirst shared details about the genesis of his latest series that grew out his “Veil Paintings”. Which debuted in a sold-out show at Gagosian Gallery in Los Angeles.

Culture
Gagosian Paris: Takashi Murakami and others come together to help Notre Dame

“They were obscuring but revealing at the same time, and they looked like flowers but they were very abstract. Then, I just thought: ‘Oh my God, I wonder if I could just do cherry blossoms.’ It seemed really tacky, like a massive celebration, and also the negative, the death side of things. Then I thought: ‘But what if I actually paint branches and I try and make them look like that?,'” he told The Art Newspaper.

Hirst also confessed that he first had some doubts about the pieces looking like “bad versions of Hockneys,” whose landscape paintings are heavily influenced by Van Gogh.

As he kept working on them, he arrived at a style that seems halfway between representational and abstract. “There’s something dumb about the beauty of cherry blossom,” he summed up in an Instagram post.

Takashi Murakami is returning to Paris for a new solo exhibition