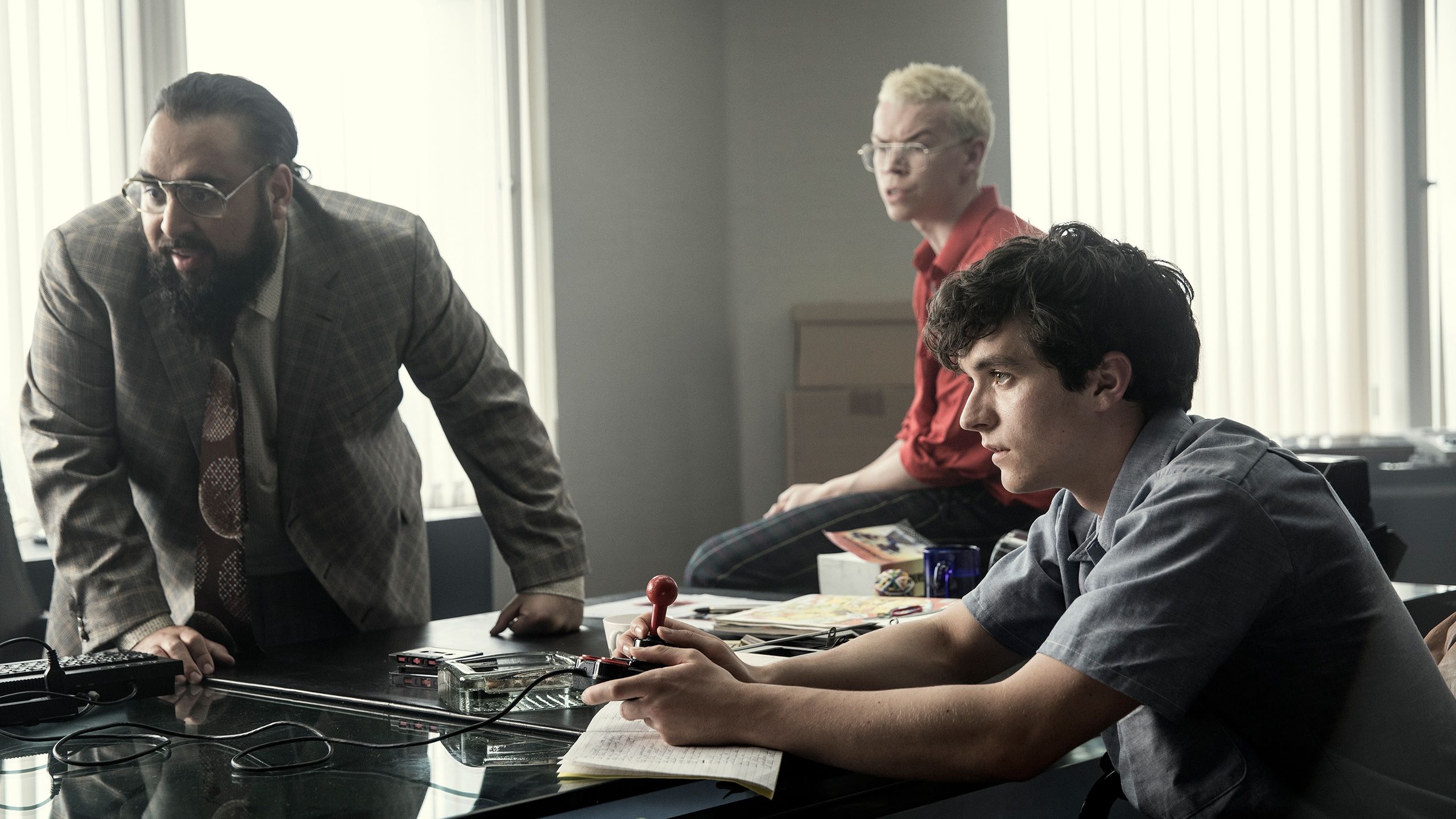 You might know the dystopian anthology Black Mirror. You might also be familiar with the concept of “choosing your own adventure.” When you combine the two, you get the latest hit from Netflix, titled Black Mirror: Bandersnatch.

Unlike previous Black Mirror episodes where we’re taken into the future, Bandersnatch travels back to the retro 80s. The protagonist of the story is Stefan, played by Fionn Whitehead. He’s an aspiring video game designer who is inspired by none other than the eponymous Bandersnatch novel, written by the fictional author Jerome F. Davies.

Your first decision to make comes quite soon, and that’s to choose what cereal Whitehead will have for breakfast: Sugar Puffs or Frosties. You’re also only given 10 seconds to make a choice, otherwise, Netflix would choose for you. That’s about as far as we can tell you about the story, as everyone’s viewing of Bandersnatch would be sort of unique.

Netflix has said that there are five “main endings” with multiple variants of each. Every choice you make along the way would also reflect in the later scenes that you see, making Bandersnatch more than just a typical choose-your-own-adventure flowchart. Instead of passively consuming an episode, you’re now actively participating in the story, and in a way responsible for what will happen to the characters.

It’s not the first time Netflix has relinquished control of the storyline to their viewers (they’ve previously done a similar take with the Kid’s section of Netflix with Minecraft and Puss in Book). But Bandersnatch is a huge step forward, as it brings this interactive storytelling to an even wider audience.

Letting you, the viewer, be the “director” in a sense feels very in line with the essence of Black Mirror: it forces you to embrace new technologies. When you’re done going through your first viewing—an experience that can range anywhere from 50 to 120 minutes—we recommend you go back to see how different the story might end should you have picked a different choice somewhere in between.

It’s also a sign of the times and an evolution of content. The days of viewers sitting back on our couches being fed a fixed programming set by a TV channel is long gone. Our participation in a director’s vision adds a new dimension into how a story is told. Your choice in an interactive story actually matters. You, the viewer, are no longer at the mercy of a single script with one conclusion. The many tributaries each story can take makes it your adventure, as each choice you make has a snowball effect similar to how real-life plays out.

Will we see more Netflix hits adopt the same interactive aspect in their future iterations? Perhaps not, but this first step from Bandersnatch has opened the door to a whole new world of potential storylines. Maybe in the future, we’d get to choose our own comedy adventure, or dictate how a dinner date would go. An interactive horror/thriller movie also wouldn’t be out of the question and would save us from the many frustrating moments when a character does something stupid to get themselves killed.

Black Mirror: Bandersnatch is now available to stream on Netflix on all new-gen devices, except Apple TV and Chromecast.

(All images courtesy of Netflix)

Television Netflix black mirror
Josiah Neo
Writer
Josiah Neo is a tech writer who contributes occasionally to the fashion, travel, and culture beats. When he’s not busy keeping up with the keynotes, he’s probably stuffing his face with the best Melbournian donuts (at Shortstop, BTW) or watching his favourite esports team, the Los Angeles Valiant, pummel their opponents into oblivion.
Technology Travel Fashion Culture