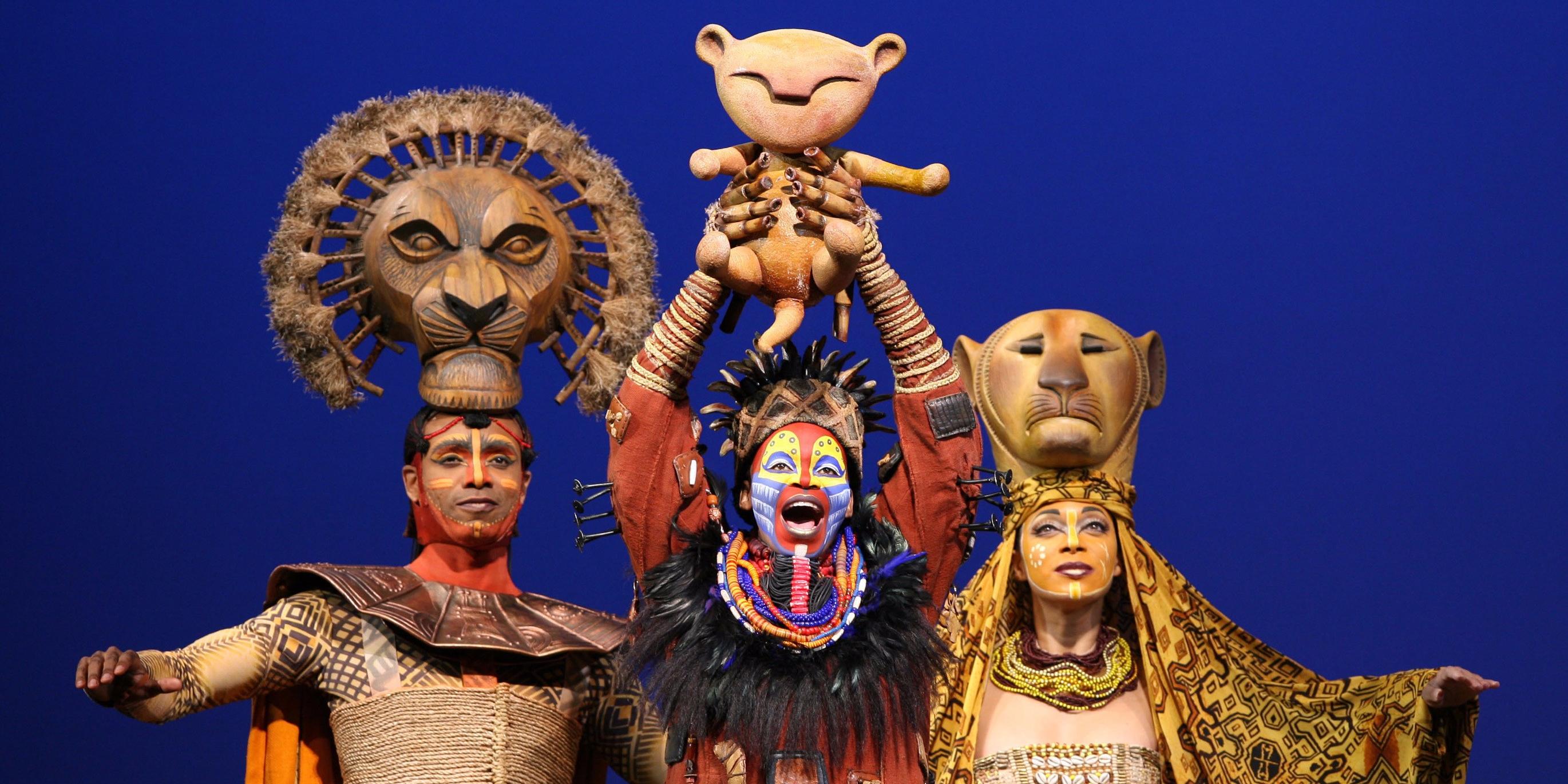 Have you ever wondered who sang the iconic African chant in the opening song of The Lion King’s Circle of Life? It’s none other than talented Lebohang Morake, better known as Lebo M, a South African producer and composer. If you’ve ever watched the 1994 Disney film, you’d know that the Zulu chant is one of the many epochal moments that people across the globe, young and old, are familiar with.

Morake was born in the apartheid-ridden Soweto, a town in Johannesburg. He was unfortunately exiled from his country at the tender age of 15 and decided to move to Los Angeles to start a new life. In America, he worked his way up from serving tables at McDonald’s to becoming the established musical composer he is today.

The man was involved in the production of The Lion King since day one and has bagged a Grammy award in 1995 for Best Arrangement, Instruments And Vocals in the hit song Circle of Life. He was also nominated for a Tony award for Best Original Score in 1998 for The Lion King.

After the Disney film’s success, it was adapted into a musical performance, which first debuted in Minneapolis. Soon after, it went on to premiere on Broadway at the New Amsterdam Theater in New York City. The musical boomed to fame and is now labelled as the highest grossing Broadway production of all time after their total sales amounted to S$11 billion last year.

The musical has been seen by over 90 million people worldwide, in over 100 cities, on every continent except Antarctica. To put it in perspective, that means that at least one person in every group of 85 people has seen The Lion King musical. The audience is usually familiar with the plot after watching the film but the musical performance packed a couple of changes up their sleeve.

For instance, Rafiki, the baboon who also doubles up as the spiritual guide for Simba, is male in the Disney film but played as a female in the musical. This was a deliberate change by director Julie Taymor who personally disliked the lack of strong female characters in the film.

The Lion King musical is on their first-ever international tour, under the Michael Cassel Group in association with Disney Theatrical Productions. The tour premiered in Manila last March and will run in other countries like South Korea, Taiwan and South Africa.

Singapore is also one of the few cities where the show will run for two months at the Mastercard Theatres from now till 23 September 2018. This is the second time the Broadway musical has performed in Singapore, with the first back in 2011.

The international tour cast is made up of brilliant actors from 19 different nationalities, like Australian André Jewson who plays Zazu, South African Noxolo Dlamini as Nala and New Zealander Jamie McGregor as Timon. Still, the intricate puppets and hit songs like Can You Feel The Love Tonight, They Live In You and Lebo M’s Circle of Life remain the same.

We recently spoke to Lebo about his 21-year journey with the musical. He spoke with wide smiles and an infectious energy as he shared about how the world’s number one musical changed his life.

How was The Lion King's recent premiere in Singapore?

It was wonderful! There was this kid that was sitting on the right side of the audience that was amazing to watch. His face lit up and it was just really wonderful to watch.

Also, somebody who didn’t know Michael Cassel and I would think that we’re seeing the show for the very first time. I honestly, genuinely get goosebumps still and try to hide it. When the cast goes onstage or when the bird ladies come down — I’ve seen this for 20 years and it’s still the same feeling all the time.

Are there any changes to the musical as compared to when it ran in Singapore seven years ago? What's different?

The biggest change is the cast. Now, we’re much more global, which I like talking about because we rarely have a cast with people from all over the world. This is really the best Lion King production for the international tour, and watching them premiere was like watching The Lion King for the first time. It’s amazing — not a change, but like a new edition.

Why should Singaporeans see it again?

You always find something the second time or third time around. After watching this cast perform for the first time in Singapore just last Wednesday, it is a notch up from where we left off in Manila.

Also, you always leave with something; you’ll be inspired. I know people who have seen The Lion King five, seven times. My kids, even, have seen it since day one but they still ask if they can come and watch it with me.

You’ll come to realise that there’s a spiritual connection between people and The Lion King. It’s like you’re a part of this global cult that has an emotional bond. It is spiritually rewarding after you see it. That’s why people have the same reaction all around the world.

How has The Lion King impacted you after all these years?

I have changed substantially. How do I feel? I feel alive. The only difference between working in the film and on the Broadway show is that movies come and go. With a Broadway production, every rehearsal and every first show with an audience is like the first time you do it. With each production and a new cast play in a fresh country, it really doesn’t feel like I’ve been doing this for over 23 years.

Fortunately too, The Lion King is such a global story. Everyone can relate to it because it’s a never-ending, human story that becomes more personal and present when you watch it come alive theatrically.

How is The Lion King still relevant today?

If you look around the world, the themes in The Lion King are still relevant to what is happening. For example, the issues of refugees are still the same. I, myself, am a refugee just like how Simba is one. The relevance is strikingly similar which keeps it alive and fresh.

When I was younger, as a creative person who was writing the music and had a part of creating the Broadway show, the inspiration and motivation we fed off was on what you felt in that instant with what was happening around the world. We looked at what happened in New York, in South Africa, in Afghanistan, everywhere. That’s why The Lion King is still relevant today.

Is this your first time in Singapore?

Yes, it is my first time and I doubt I’m going to leave as currently planned. It’s amazing and I actually haven’t been anywhere yet. I’ve only just walked around Marina Bay Sands and I am already in awe.

One thing I’ve come to appreciate, however, is that people make a country special. You can have the most fantastic structures like the Burj Khalifa in Dubai or the Empire State Building in New York, but ultimately it is the warmth of the people that make a difference.

As a creative person, I am very sensitive to that. It’s how you get treated in restaurants, how the audience reacts and everything else. Singapore feels like a very special place to come to and I want to stay here longer. I want to feel more of the country. But so far, beautiful place, beautiful people.