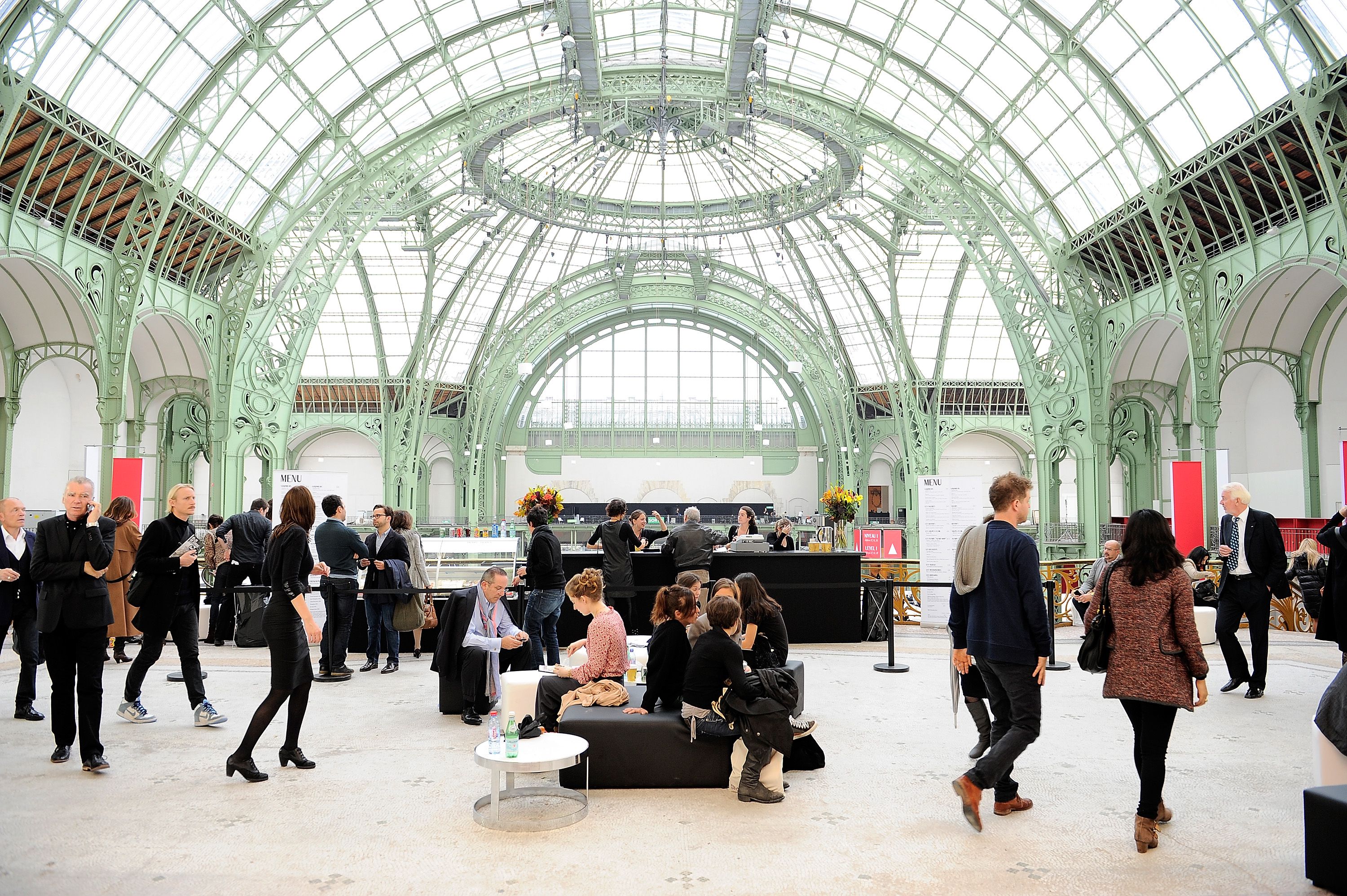 Culture
FIAC 2019: 4 art events not to be missed this weekend
Share this article
Next article

For its 46th edition, FIAC 2019 will bring together nearly 200 galleries from some thirty countries to present a panorama of a protean contemporary artistic creations. A dynamic fair where more and more young galleries are making their way among the big names in the market: Soft Opening has been established on the London scene for just over a year now, and it already has its own stand in the Lafayette sector. At Grand Palais monumental installations and sculptures take over the urban space while Yayoi Kusama (90 years old this year!) has been given carte blanche to express her art at Place Vendôme. Following all this, we’ve selected the most must-attend events to be experienced during FIAC 2019 throughout Paris:

The Gagosian Gallery had carte blanche to revamp the culture section of Galeries Lafayette Champs-Élysées during the FIAC. Heading for the two floors of the store’s Cultural Spaces, where Gagosian gave free rein to his imagination and printed his paw on a sharp selection of goodies, objects and art books to offer himself at will: t-shirts by Richard Prince and Douglas Gordon, Sterling Ruby posters, must-see vinyls, postcards by Alexander Calder and Damien Hirst. But hurry, it ends on October 20.

One of the designers Infinity Mirror Room signature attracted all eyes until last July at the Louis Vuitton Foundation. And it is still in Paris, that Yayoi Kusama will create the spectacular again during the 46th edition of the FIAC. The Japanese artist had carte blanche to reinterpret the space of the famous Place Vendôme. She has created a new work especially for the Parisian fair, which takes up all the codes of her universe, peas, pumpkin and inflatable. Key piece of his carte blanche? The gargantuan pumpkin exposed near the Vendôme Column which risks flooding the Instagram feeds of Parisians and other curious tourists. “It seems that pumpkins don’t really inspire respect. But I was enchanted by their charming and attractive shape. What interested me most was the pumpkin’s generous lack of pretense. And also its strong spiritual balance” she likes to say about her favourite vegetable. And we will not contradict it.

The exhibition Cécile B Evans supported by Balmain

Visit 374 rue Saint-Honoré to discover an exhibition of unpublished photographs by the artist Cécile B Evans, put into dialogue with archival documents from Balmain’s collections. While his video work A Screen Test For An Adaptation of Giselle, a modern version of the famous ballet inaugurated in 1841, will be screened daily at the MK2 Grand Palais as part of FIAC 2019.

Dance performances at the Louvre Museum