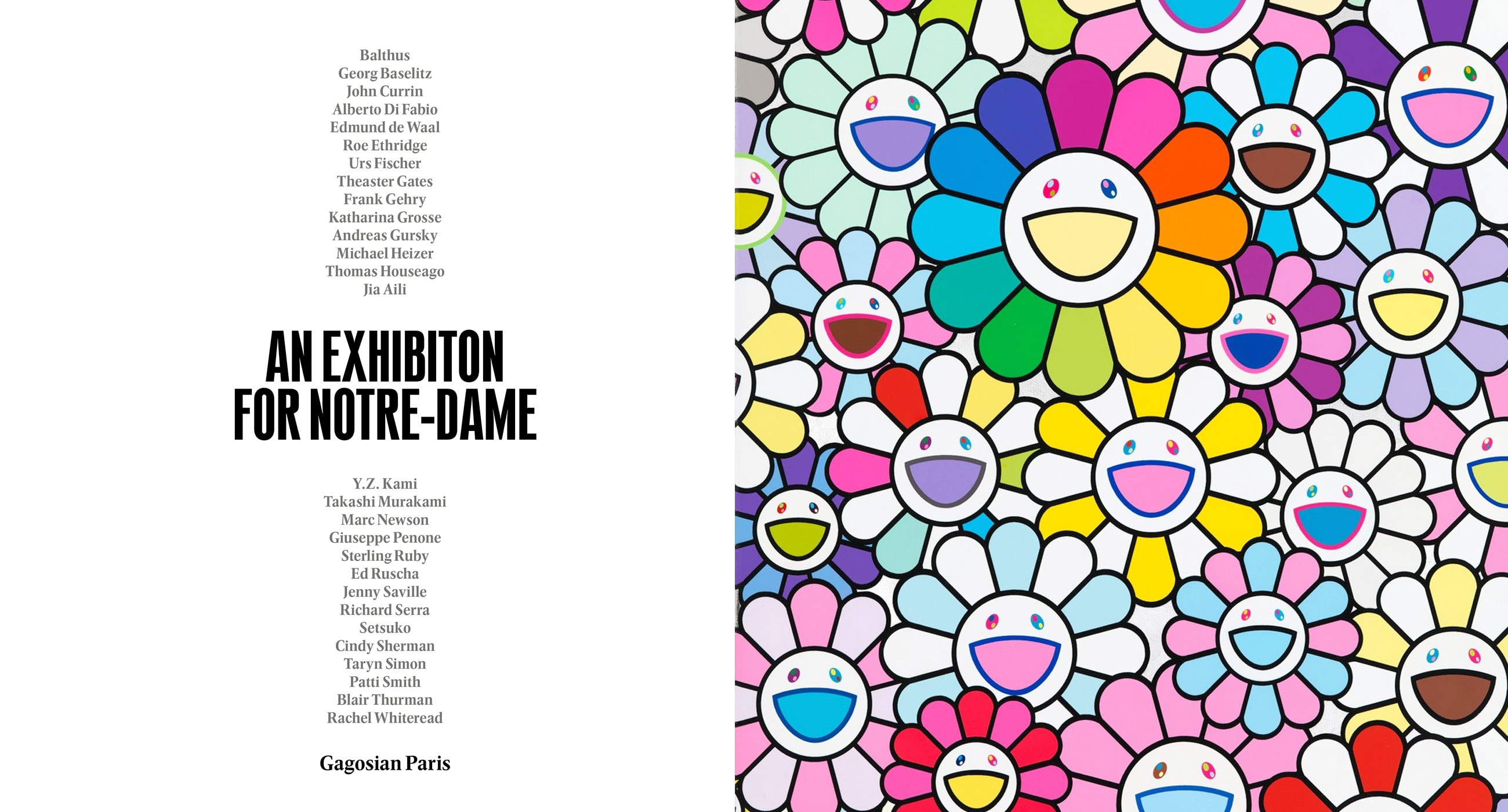 Gagosian Paris: Takashi Murakami and others come together to help Notre Dame

Culture
Gagosian Paris: Takashi Murakami and others come together to help Notre Dame
Share this article
Next article

Exhibition for Notre Dame de Paris — The Gagosian Gallery in Paris has just announced a new exhibition that will benefit Notre Dame. The international gallery is committed to paying homage to traditional French culture and architecture through an impressive exhibition. The exhibition — that is set to open on June 9 2019 in Paris — will later be open to the public from July 11 to July 27.

And the list of artists taking part in the charity event goes on and on. Some of the most sought after gallery artists are giving away artworks to raise money for the French monument. The biggest stars of the last decade will be part of the transient joint project. Among the list, some artists have even crafted artworks just for the unique event. All of the names listed in the exhibition are available on Instagram or on the Gagosian Paris’ official website.

The proceeds generated by the event will fully go to the Friends of Notre-Dame de Paris organization (La Fondation Notre-Dame). In their press release, the Gagosian Paris also takes time to thank set designer Cécile Dugos and design company Astier de Villatte, for their contributions to the event.

“Notre-Dame is one of the most widely recognized symbols of the city of Paris and the French nation. I wish to contribute to the reconstruction of this iconic monument after watching, with devastation, as it was engulfed in flames”, Larry Gagosian, owner and founder of the Gagosian galleries recently stated.

The Parisian landmark’s roof burned down for a whole night earlier this year and people from all over the world showed support to the cathedral. After the tragic fire that happened in Notre Dame on April 15 2019, some of the wealthiest organizations in France came together to provide a fund to have the roof rebuilt. The LVMH and Kering groups, among others, were the first to react. The donations quickly piled up and after 10 days, had already reached the billion euro mark.

An exhibition for Notre-Dame