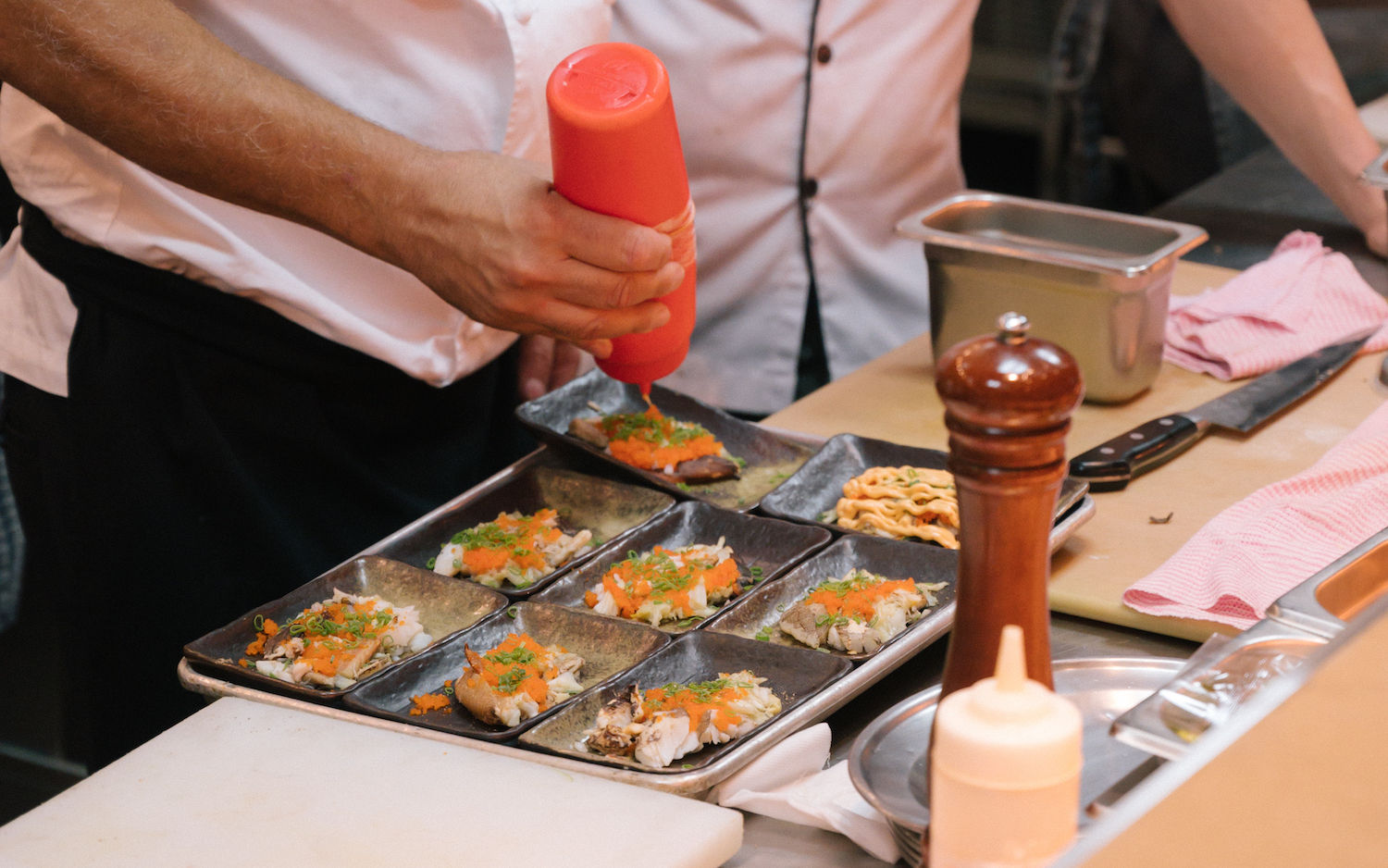 It is Chef Hervé Courtot’s second visit to Kuala Lumpur since his 2017 sojourn, then as Chef de Cuisine of Nobu Dubai. His most recent visit here as corporate chef of Nobu Global’s franchises in the European Union and the Middle East is to promote the opening of the upcoming Nobu Hotel Barcelona, scheduled to be unveiled in September 2019.

On top of the culinary experience, we have been invited to spend a day with Courtot, Leong and Chico at Pudu morning market to pick up local ingredients for a cook-off at the Nobu kitchen. We challenged the chef to cook with a selection of local produce unusual to the Japanese-Peruvian cuisine. Some of the ingredients include petai (stinky beans), catfish and purple long beans.

Purple long beans is an uncommon vegetable in most Malaysian cuisine.

The idea of zero-waste and sustainable cooking is something that Courtot strongly upholds. “That’s what we are encouraging here at Nobu. We are heading to a direction of using more local products instead of a constant reliance on important ingredients. We strongly encourage our chefs in their respective stations to continue supporting this great cause.”

But first, these chefs have to prove how well they can cook with local ingredients. The morning at the market is an eye opener for the chefs. With so much to soak in, we sample various fruits, vegetables, herbs and even exchange questions with the vendors.

We also stumble upon some of the freshest seafood at the market — picking up some giant seawater prawns, Indonesian crabs, parrotfish as well as a favourite in Malay cuisine, the catfish.

For Chef Chico, it is his first time cooking and tasting catfish. “After breaking down the fish, I find that it has the same texture and almost similar qualities as the premium freshwater eel or unagi,” he explains.

Back in Nobu, Chico works his nimble hands shaping the sushi base at the comfort of his kitchen. He reveals that he has prepared a deep-fried catfish with avocado, as well as a catfish sushi. The fish is marinated with dash, soy and mirin — similar to preparing unagi. Surprisingly, there’s no muddy taste but a hint of sweetness and strong umami notes that go well with the delicate texture of the fish.

This further iterates a simple way to treat local produce with such care and respect. “Perhaps we can look into incorporating catfish into the menu instead of having to import eels that would obviously cost more,” chuckles Courtot.

Chef Hervé and Leong in the kitchen preparing the poke bowl inspired dish.

Petai with fresh corn in chilli garlic sauce is a delightful dish worthy of a place in the Nobu menu.

Similar treatment is seen on the fresh vegetables like the assorted lentils, petai, local green daikon, Chinese water chestnut and purple beans. The lentils are soaked and cooked until soft, then incorporated into a poke bowl inspired dish that’s tossed with diced tuna, avocado, cucumber and a spicy mayo sauce. The purple beans are simply steamed with sake, toban-yaki style. The petai on the other hand is stir-fried with fresh corn and a chilli garlic sauce, reminiscence to one of Nobu’s signature appetiser dish.

“This is perhaps the first time you’ll find petai in a Japanese restaurant.”
Chef Philip Leong

Another outstanding seafood dish is the parrotfish — the two fillets is steamed with sake, ginger and black bean, served with a spicy sesame olive oil. The remaining bones are flash fried and served as a crispy element to the dish.

Courtot also brings out two stunning dishes made using one main ingredient — crab bisque cappuccino and steamed crab meat with a spicy creamy sauce. The former is made using the shells of the crab to create a beautiful crustacean bisque that’s richened with cream and shichimi, a common Japanese spice mix comprising sansho (Japanese pepper), roasted orang peel, sesame seeds, hemp, ginger, poppy seed and seaweed. The latter is a delicate dish of handpicked crabmeat, shaped into a ‘block’ and topped with a spicy mentaiko sauce.

Coming out with 13 dishes in mere six hours feels like a mystery box challenge in a Masterchef show, especially when you’re using ingredients that aren’t familiar to your day-to-day cooking. But the chef’s table experience has proven to be quite an exciting event that should be carried out again soon to give diners, especially visiting ones, a chance at tasting the best local produce has to offer.

In the end of the day, it is the intangible, money-cannot-buy experience that matters most.

(All images by Nobu KL)