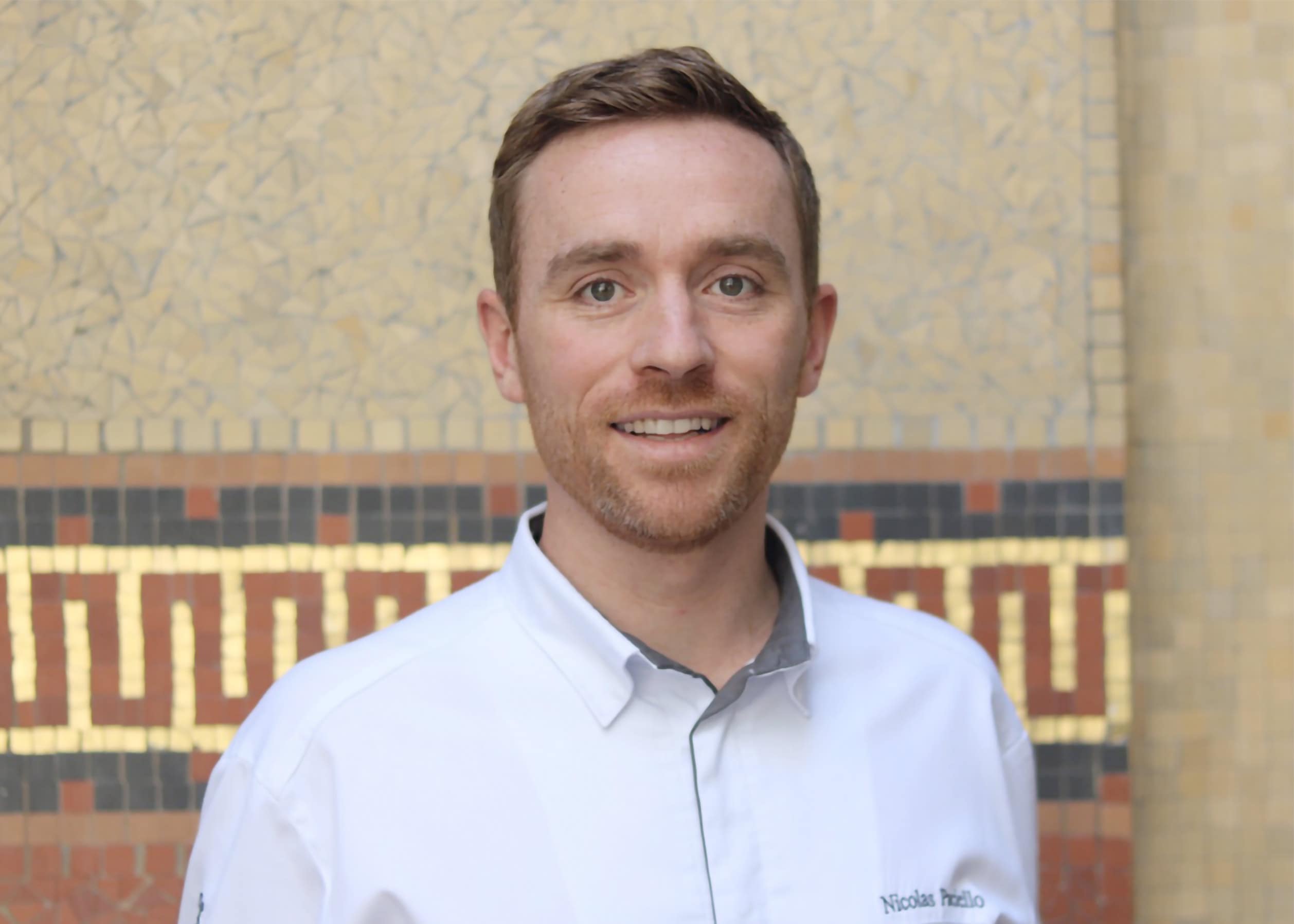 The restaurant has announced the news this morning. It is now official, Chef Nicolas Paciello is now in charge of the pastry proposition at Le Fouquet’s Parisian and international locations. The 34 years old chef is taking on his new role starting September 9.

After years spent proving his worth among French and Parisian institutions — from Fauchon to Le Crillon, from Prince de Galles to La Scène — the French chef will be heading to Le Fouquet’s. In fact, experience wise, Paciello has worked with the likes of Cyril Lignac, Benoit Couvrant or Christophe Adam. He has hence proven he could assist the Hexagon’s best high end eateries, which he will now be doing from his Champs-Elysées location.

The youngster will be bringing freshness and modernity to an establishment that loves to play with eras and etiquettes. In France, Paciello is considered as one of the very best chefs in the pastry industry. His playful approach to desserts make him the ideal prospect for Le Fouquet’s new chapter.

Restaurants Chef Pastries Pastry Chef Le Fouquet's
Tawfik Akachar
Senior Writer, Paris
Tawfik is a pop culture enthusiast that has a soft spot for the study of emerging movements, casual chic fashion, and technical clothing. Although he loves different foods from all parts of the globe, he considers fried chicken to be the best dish, ever.
Fashion Music Design Art Travel Entertainment Technology Food

Style
Q&A: Mulberry’s Johnny Coca on the new collection and gazing towards East
Culture
Holiday House NYC 2019: Interior designer Jasmine Lam one of the stars
Weddings
Wedding trends 2020: jumpsuits and barrettes are on the rise
Style
Nomos announces four new additions to the Tetra lineup inspired by Beethoven
Style
Your next Rimowa suitcase could have a customisable LED display
Style
All the outstanding looks from day one of Milan Fashion Week
Style
Vacheron Constantin shows off its feminine side with Égérie
Style
The Burberry FW20 runway show was entirely carbon-neutral
Style
The Burberry FW20 runway show was entirely carbon-neutral
Food & Drink
Nadar Gin is a climate-friendly gin made from peas
Sign up for our newsletters to have the latest stories delivered straight to your inbox every week.