Home > Food & Drink > Dining > On the menu: Django, the hottest spot to wine and dine at in Pigalle

On the menu: Django, the hottest spot to wine and dine at in Pigalle

Self-proclaimed dining bar, Django, is the new hot food spot in Pigalle! Here you can sip cocktails and natural wines, while sharing some inspired and inspiring seasonal dishes. Clearly we needed to check it out as the self-proclaimed hottest Parisian guide that we are.

Within the walls of a former guitar shop, Django is the (B.B.)king of the corner of Rue Victor Massé and Rue Frochot. The well-thought selection of the place itself is a tribute to the legendary jazz musician Django Reinhardt. Leaving us to understand that even the name itself is a well-thought one.
Bathed in light even during those grey days in Paris, this new dining bar is the work of the fine team at Maison Lautrec. Django is something in between a restaurant and a speakeasy and a stone’s throw away from the famous Pigalle. In a refined setting, designed by Stéphanie Lizée, visitors can choose to sit either at the counter or around the large dark wooden tables. We chose the counter to play out the speakeasy part further. Finding ourselves people-watching people watching people (yes, this is a thing in Paris and you know, when in Rome right?)

The oh so delicious food

Under the guidance of chef Khelil Morin, the menu we were shown contained a selection of small dishes to share, including white tuna from Saint Jean de Luz, served with sorrel and hazelnuts, leeks served with figs and comté cheese, a gourmet ravioli of shrimps, creamy burrata, truffle cheese and black pudding from Bigorra. When the attentive server asked us what we would like to order, wanting it all wasn’t an option. So we picked the small dishes mentioned above since they already had a rumour to be incredible. Spoiler alert: they were!

The cocktails at Django

Behind the bar, the bartender was mixing up the classics and as well the more original creations. All shaken with precision and perfection. In honour of Reinhardt, a signature cocktail has been created — champagne, vodka, passion puree and vanilla sugar — where legend has it that this was what the legend himself was consuming during his blurry days. As being offered this signature cocktail wasn’t enough for us to totally fall in love with Django, we also took a look at the cellar. Not only is it a worthy pitstop with its fair selection of good wines, it also has a high-flying selection of natural wines. So allez-y quick before it becomes to popular and you’ll risk on not getting a table!

Food & Drink
Lombem: a butcher’s delight hidden in the heart of Paris 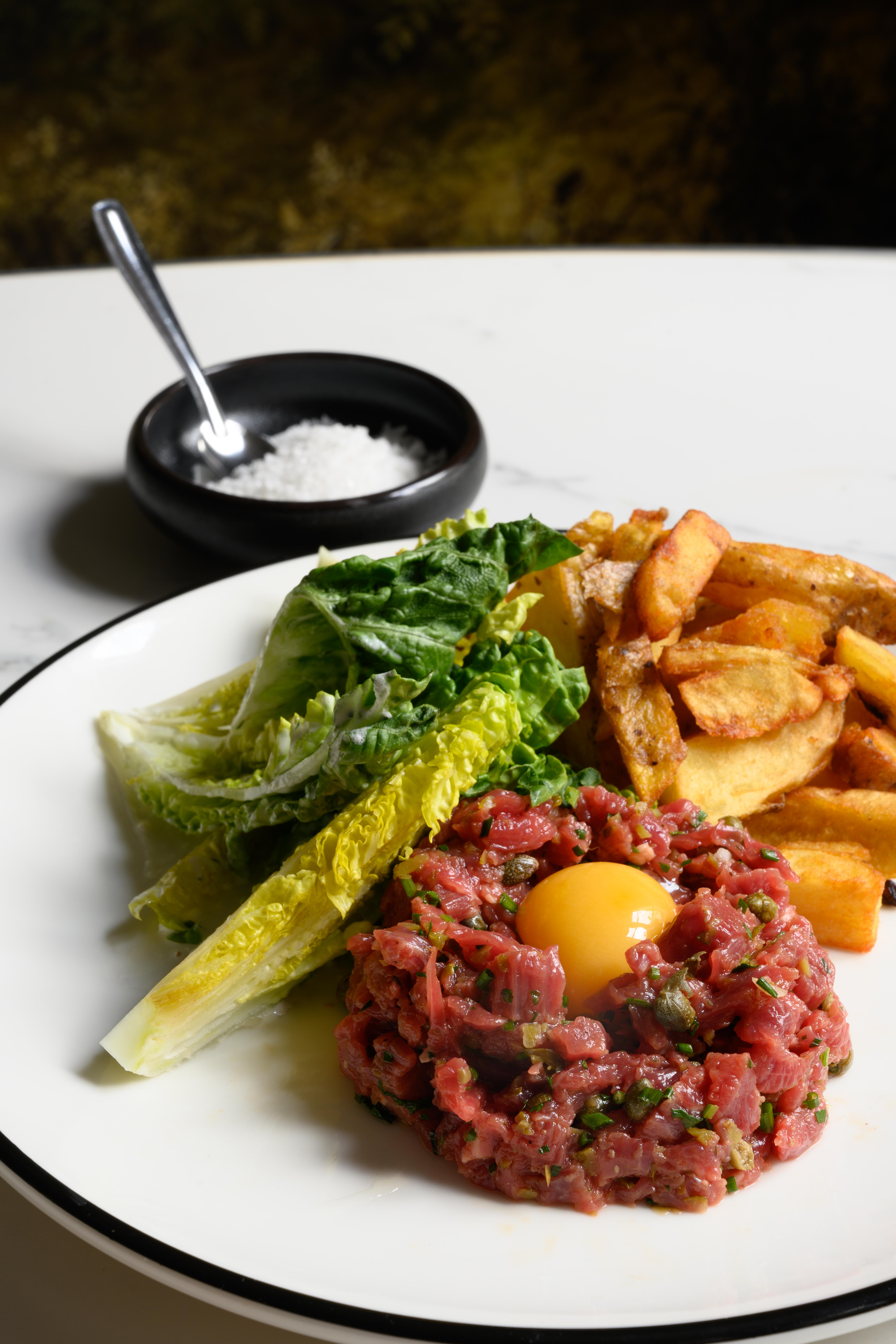