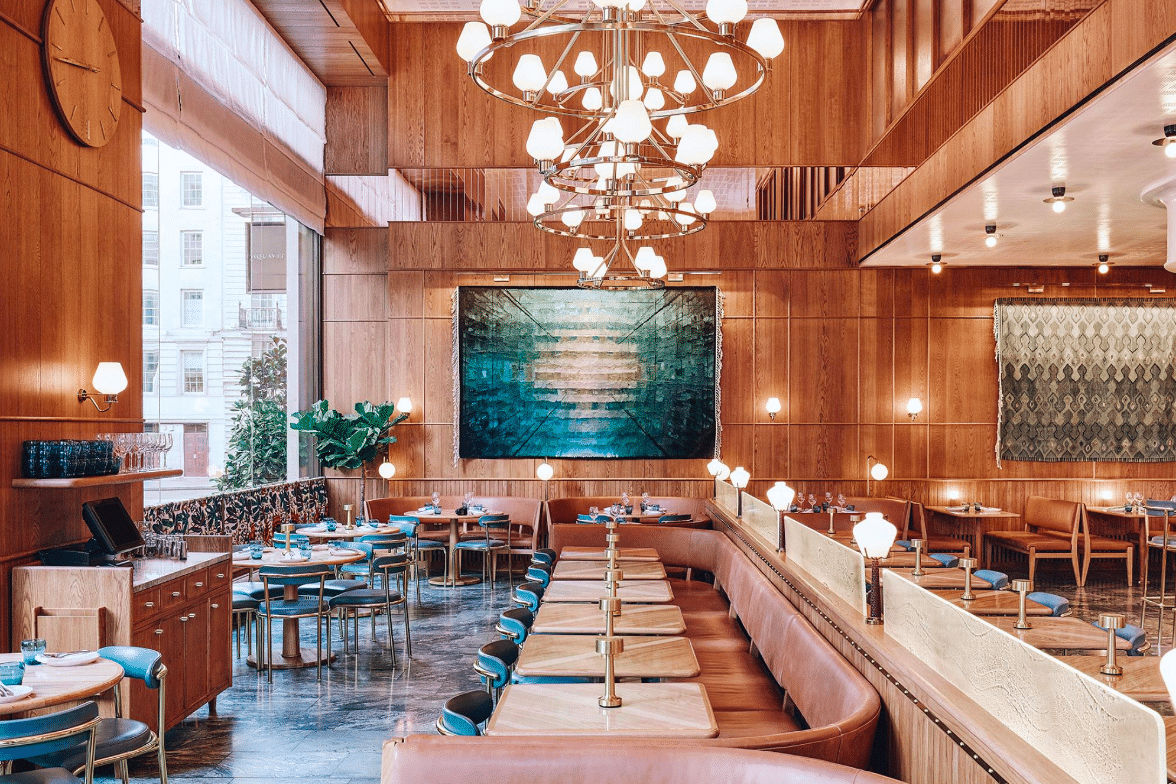 Trending: New Nordic restaurants are fanning out across the world

Food & Drink
Trending: New Nordic restaurants are fanning out across the world
Share this article
Next article

New Nordic cuisine, unique to countries like Norway, Denmark and Sweden, is on its rise. Its unique flavours and techniques are derived from the natural geography of the region. It’s a cuisine that’s tied to the land, one that has a time and place.

Think of foraging in the woods and looking for ingredients like rare mushrooms and roots to produce something new – not just plain old fish and smorrebrod or importing ingredients.

Such an ethos started in 2004 when 12 chefs, spearheaded by Danish chef Claus Meyer, issued the New Nordic Kitchen manifesto that shook the order of world cuisine. At the same time, Meyer joined hands with Danish chef René Redzepi to open Noma, the revolutionary new Nordic restaurant in Copenhagen that would eventually change the global gastronomy scene.

It wasn’t an explicit anti-French movement but a reaction to the constraints, which were predominantly determined by French cuisine. New Nordic cooking upholds a philosophy that emphasises tradition, locality and ethical food production.

Today the new Nordic manifesto has sparked a global culinary movement, especially after Noma was crowned the ‘best restaurant in the world’ four times. The wave of new Nordic cuisine takes a unique, minimalist approach – moving far beyond pedestrian dishes like Swedish meatballs and gravlax.

Ardent gourmands no longer have to make their way through forests and snowy paths to dine in a new Nordic restaurant. Instead, Hong Kong, Tokyo and even Singapore is home to a slice of the action. Here’s six to visit. 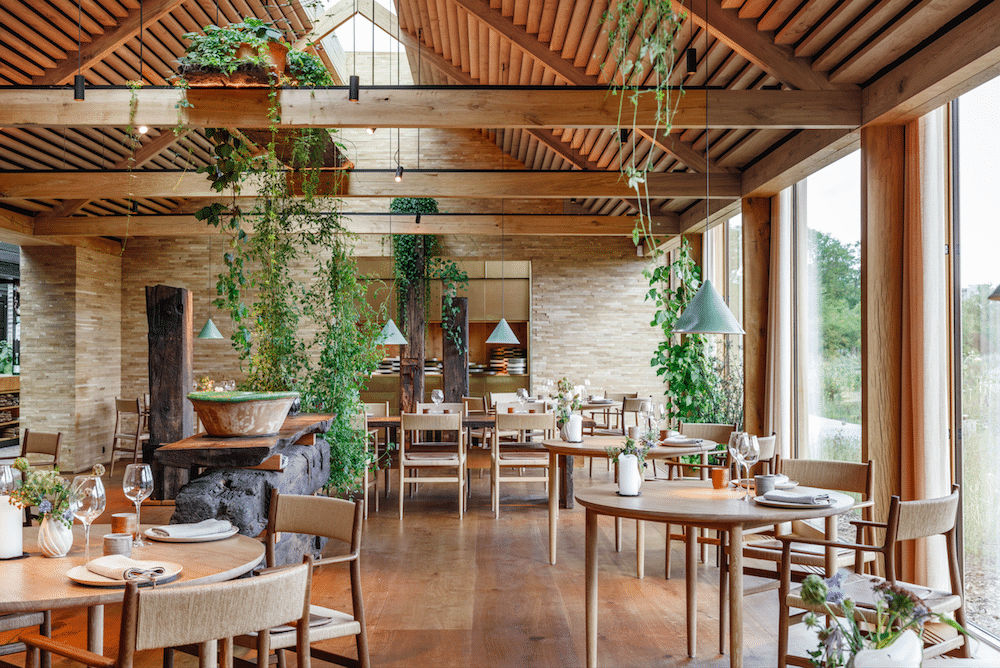 This two Michelin-star establishment first opened in 2003 and is known for reinterpreting Nordic cuisine. For years, Noma has been the gastronomic destination in Copenhagen – so much so, dining in Noma is considered the ultimate fulfillment for globetrotting foodies. However, Redzepi announced the closing of Noma in 2016 to pave way for a new urban farm concept, now located in Refshalevej. The 1,290sqm site situated between two lakes houses the new restaurant, which was previously a protected ex-military warehouse once used to store mines for the Royal Danish Navy. Award-winning Bjarke Ingels Group has reimagined Noma as an intimate garden village, where guests are welcomed to experience a new menu and philosophy that will redefine Noma for years to come. (Credit: Rasmus Hjortshoj) 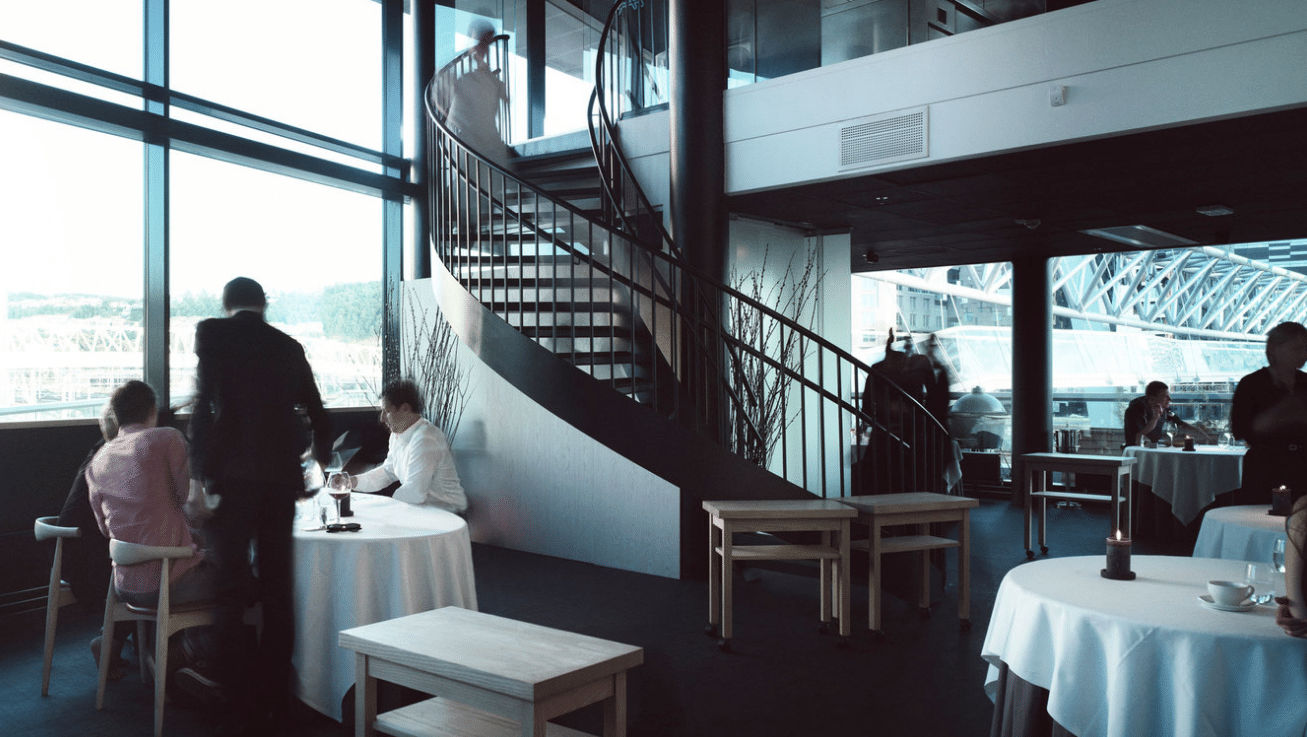 Maaemo is a gourmet eco-restaurant in Oslo, Norway. Danish head chef Esben Holmboe Bang heads the three-Michelin-starred restaurant, the first Nordic establishment with such recognition. Maaemo, which means Mother Earth in Finnish, focuses on organic, biodynamic and locally sourced wild produce in its menu. Dining in Maaemo is a delight as the setting overlooks the city skyline. Sample Maaemo’s signature sourcream porridge with smoked reindeer heart as well as the langoustines from Midsund served with cold pressed rapeseed oil and pickled spruce. Finish of with the brown butter ice cream topped with butter from Røros, a small town in Norway. 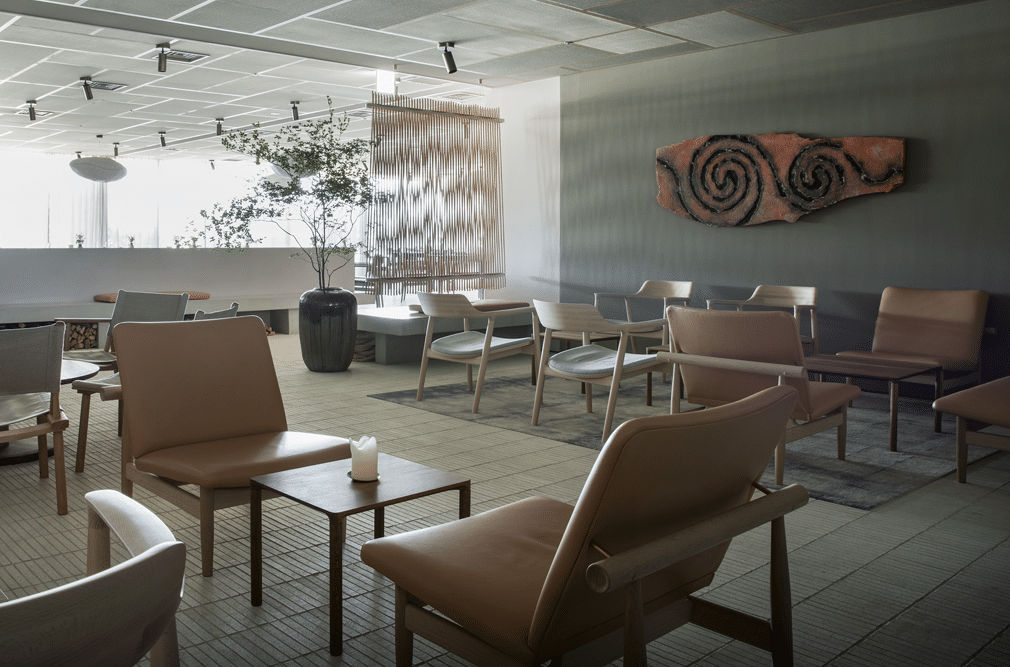 Inua opened in June 2018, helmed by German-born chef Thomas Frebel who spent 10 years at Noma as head of research and recipe development. What started off as a one-month Noma pop-up in Tokyo has since grown into a strong connection with Japan, its landscape, culture and ingredients. Frebel employs a variety of local Japanese ingredients, especially produce ranging from the northern landscapes of Hokkaido to the sub-tropical Okinawa. 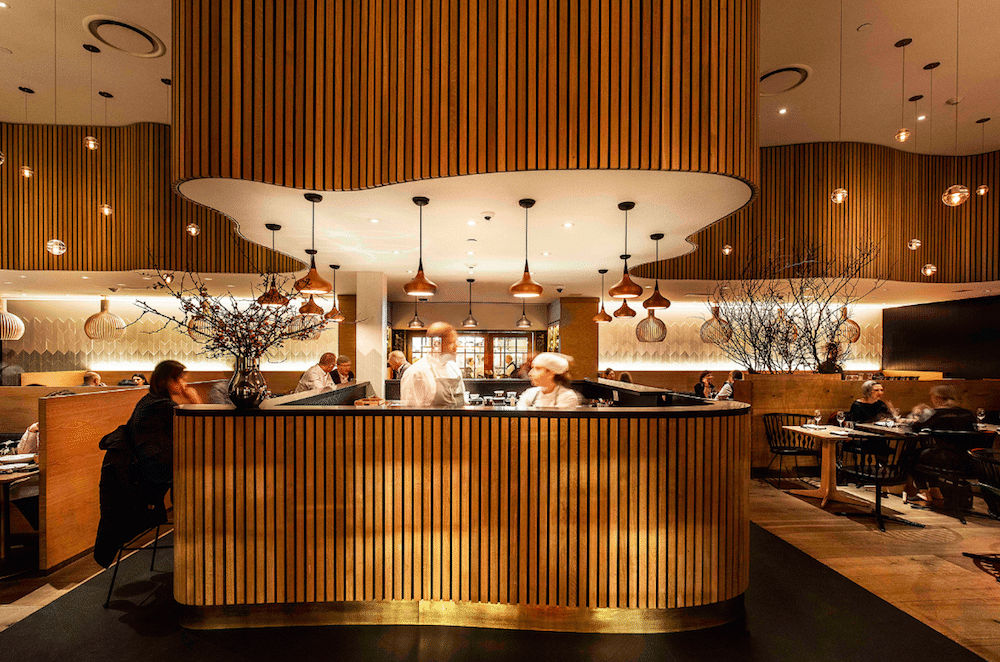 Nordic phenom Claus Meyer’s Michelin-starred fine dining restaurant Agern is located inside Grand Central Station and is repurposed from a former men’s waiting room. Walk into the premise and enjoy the spectacle of elegantly designed interiors (a contrast from the surrounds) dotted with soothing wood furniture. Agern boasts Nordic staples like salt and ash-baked root vegetables in its season-driven menu. If you’re dining there, save some room for their signature savoury-leaning desserts. 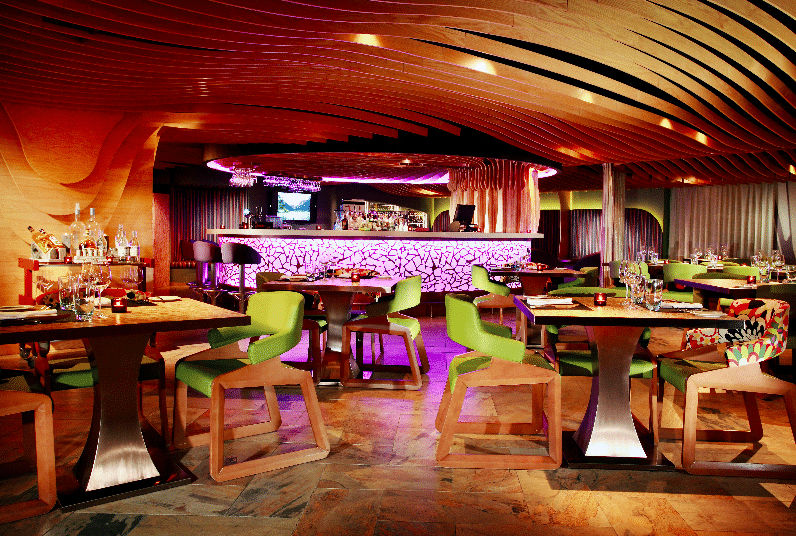 Chef Jaakko Sorsa first opened Finds in 2004 at Lan Kwai Fong before relocating to the heart of Tsim Sha Tsui eight years ago. There is a strong use of oak finishes to depict a fun and playful nature-inspired restaurant. Try its signature Salmon Six Ways, which offers small bites of salmon in six executions – cold-smoked, seared, mousse, pickled, smoked roe and gravad lax. With a menu that changes seasonally every month, dining in Finds is a different experience every time. 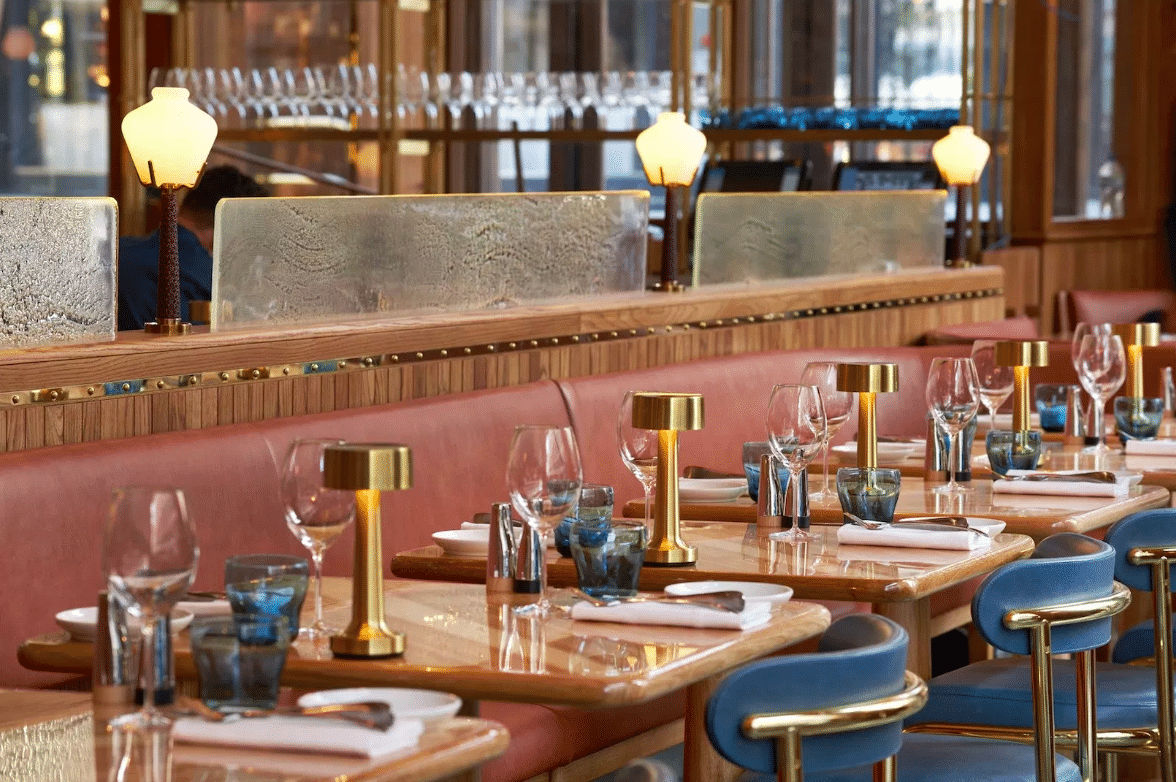 Two-Michelin-starred midtown Manhattan establishment, Restaurant Aquavit opened in 1987, and it’s more classical Nordic than Noma-style new Nordic philosophy. The brand expanded in 2016 with the opening of its London flagship right in the striking new St. James’s Market on 1 Carlton Street. The expansive dining space takes inspiration from New York with contemporary Nordic aesthetics. Notice the wall-mounted textile by Scandinavian designer Olafur Eliasson that is the centerpiece of restaurant. Its seasonal Nordic menu (featuring signature dishes like Toast Skagern) is easy to love and worth trying especially when you’re in central London.