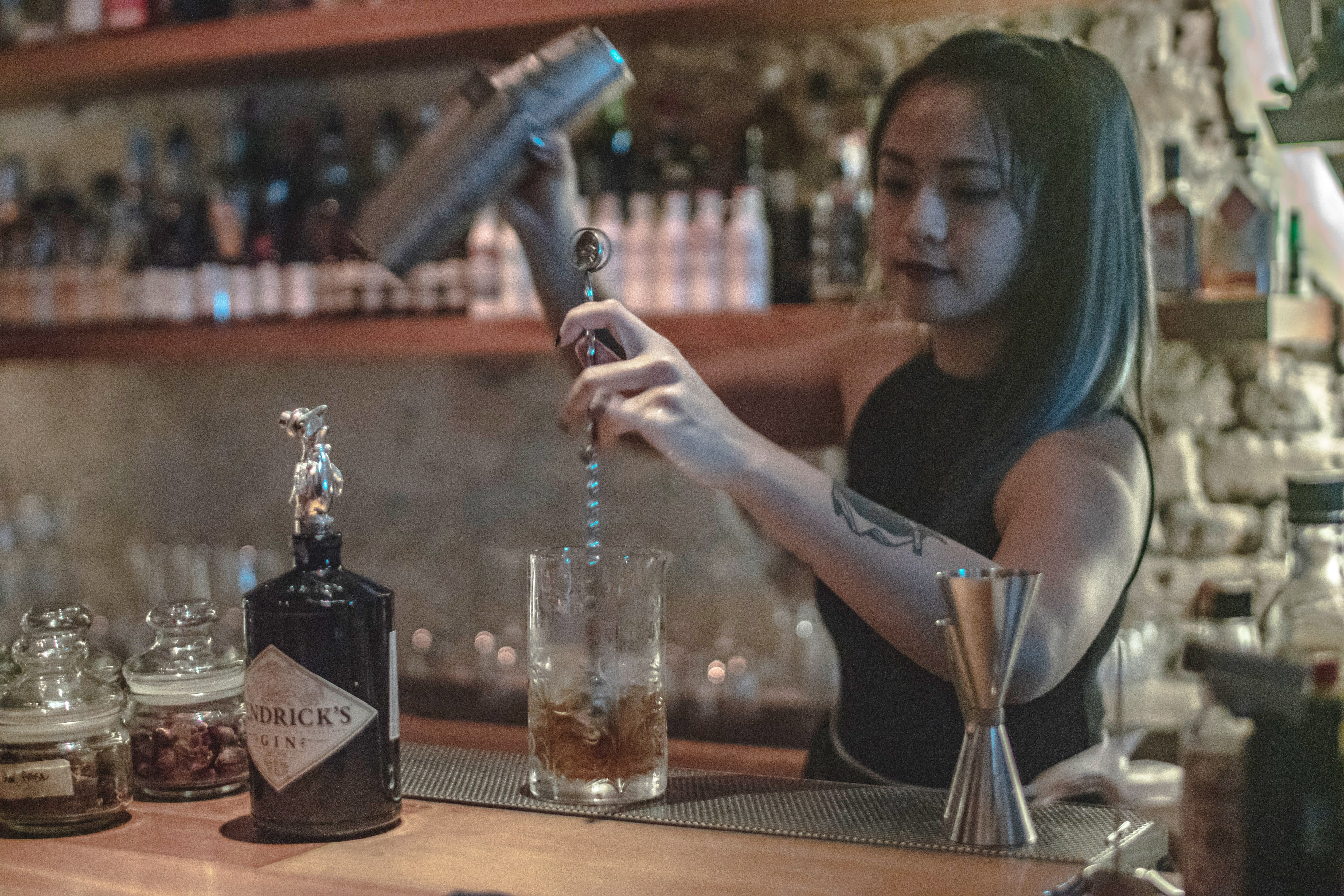 There are two kinds of people in this world: those who insist that martinis should be shaken, and those who think they should be stirred. While the debate between the two will continue to go on till the end of time, it’s imperative that you know how to differentiate when to stir your cocktails and when to shake them.

Every home bartender has gone through a rite of passage shaking a gassy cocktail only to have it explode all over them. It’s then that they learn the most important lesson of all: never shake a cocktail that has a gassy mixer. Other than that, allow the Hendrick’s Gin Southeast Asia brand ambassador Charmaine Thio to school you on when to stir or shake a cocktail. The 27-year-old also happens to be the first Singaporean to be accepted into the Tales of the Cocktail Apprentice Programme for two consecutive years and was previously serving as the head bartender at 28 Hongkong Street bar in Singapore.

Shake up the fresh ones

The first rule of thumb: “When you’re thinking of shaking cocktails, they would need to contain fresh ingredients,” says Thio. Fresh ingredients include the likes of fruits, citrus, or herbs. The reason behind that is to really release the flavours of these botanicals — shaking the herbs would release their oils and shaking fresh fruits will better release its flavours. “You don’t want to stir a cocktail that has citrus in there, because you won’t be able to aerate the cocktail enough — you’d get a very flat drink.”

When you’re shaking a cocktail, you’re breaking up the ice cubes in the shaker and the agitation will get your cocktail cold very quickly. Doing this also creates a lighter, more fluffy texture for your drink. But shake it for too long and you’ll quickly dilute your drink. “The cocktail does get colder more quickly, but it also dilutes it faster. You would have to control that,” explains Thio.

If you’ve made enough cocktails, you’d notice that some recipes ask for you to muddle the fresh ingredients instead of shaking them. What’s the difference between the two anyway? The decision to muddle stems from the alcohol by volume (abv) of your liquor. For cocktails that are lighter — such as wine, vermouth, or sherry — shaking it too much will dilute the drink, thus making your cocktail taste very watered down. “In that instance, you’d want to muddle instead of shaking,” advises Thio.

The action of stirring may not have as much flair as shaking up a cocktail, but it still requires a fair bit of skill. If you’re not sure when to stir a cocktail, Thio chalks it up to a simple deduction: “Anything that is spirit-driven or only contains spirits, stir that.” This means your Negronis, Black Russians, Old Fashioneds, Boulevardiers, and similarly spirit-only cocktails.

But the martini is also a spirit-only cocktail, yet the world is divided between those who think a martini should be shaken, while the other is stirred. Who’s right here? “For a cocktail such as a martini, what you want to achieve is a heavy and creamy mouthfeel. The moment you start shaking that, you’ll get two things: a cloudy martini that doesn’t look as nice, and a diluted drink,” explains Thio. She agrees that shaking up a martini would get it cold quickly, but the texture would not be the same.

The most important thing to think about when you’re stirring or shaking is what you want the texture of your cocktail to be. For example, if your cocktail contains cream or egg white, you should give it a good shake so that it’ll be fluffy and aerated, just like a meringue. “For me, it really boils down to the texture of the cocktail and the presentation,” says Thio. “If you’ve ever tried to shake a Manhattan, you’ll realise that it emerges really cloudy, which doesn’t look as nice as a crystal-clear cocktail in your glass.”

28 HongKong Street CHARMAINE THIO CHARMAINE THIO HENDRICK'S GIN HENDRICK'S GIN AMBASSADOR SHAKEN COCKTAILS SHAKEN OR STIRRED STIRRED COCKTAILS
PohNee Chin
Editor, Kuala Lumpur
Poh Nee is the editor and writes about travel and drinks. When she's not living out her holiday dreams via Google Earth and sipping on an Old Fashioned down at the local bars, you can find her snug at home bingeing on Netflix and mystery fiction.
Travel Drinks