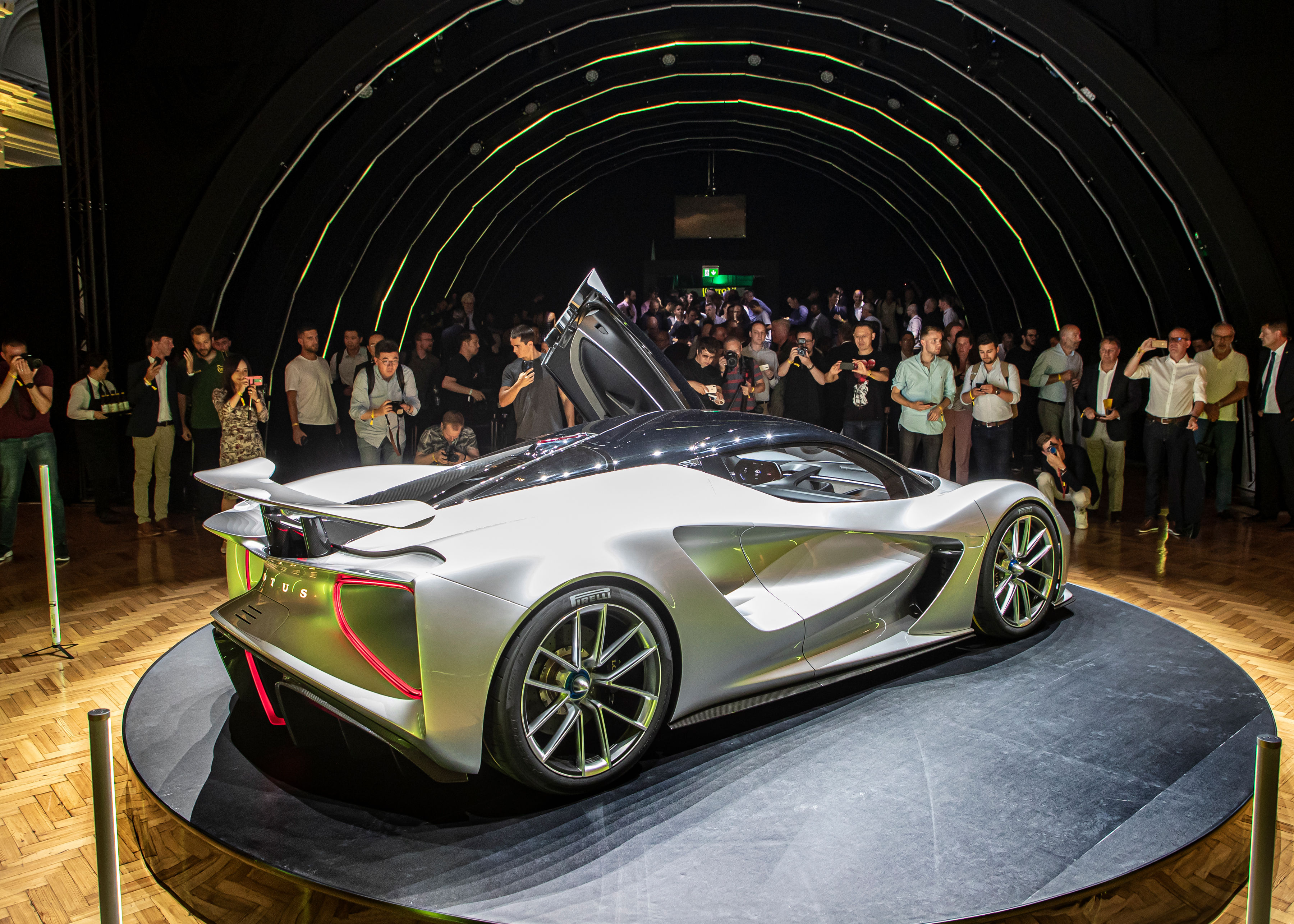 Transformers — The electric hypercar war is, each day, getting closer and closer. After Tesla and Pininfarina, Lotus enters the arena with their first all-electric hypercar, the Evija.

The British brand unveiled in London last Tuesday the country’s first fully electric hypercar. Dubbed the Evija, the beast has a power output of 1973 horsepower. The car accelerates from 0 to 100 km/h in under three seconds and has a full speed of 320km/h.

Just like its main American competitor — that has yet to hit the market — Lotus’ take on street legal race cars features four e-motors. The 2000 kW battery can even be ‘supercharged’ in nine minutes. The British brand made it possible for the car to support 800 kW chargers, a world premiere for a consumer vehicle.

The up and coming charging technology is still under development, and should, when it hits the real world, be able to charge your car for about 250 miles — 400 kilometres — in under ten minutes.

A small batch of Evija’s are slated for release. The brand decided to go all in on the personalization. With only 130 models to be commercialized, exclusivity will be the norm.

Design-wise, the brand draws inspiration from its extensive history of classic models. When it comes to interiors, cabin surfaces are carbon-fiber finished and — it’s an hypercar — shell-seats are as comfortable as they come.

The brand has announced an early 2020 release date for the Lotus Evija, for an estimated price of about $2.1M.