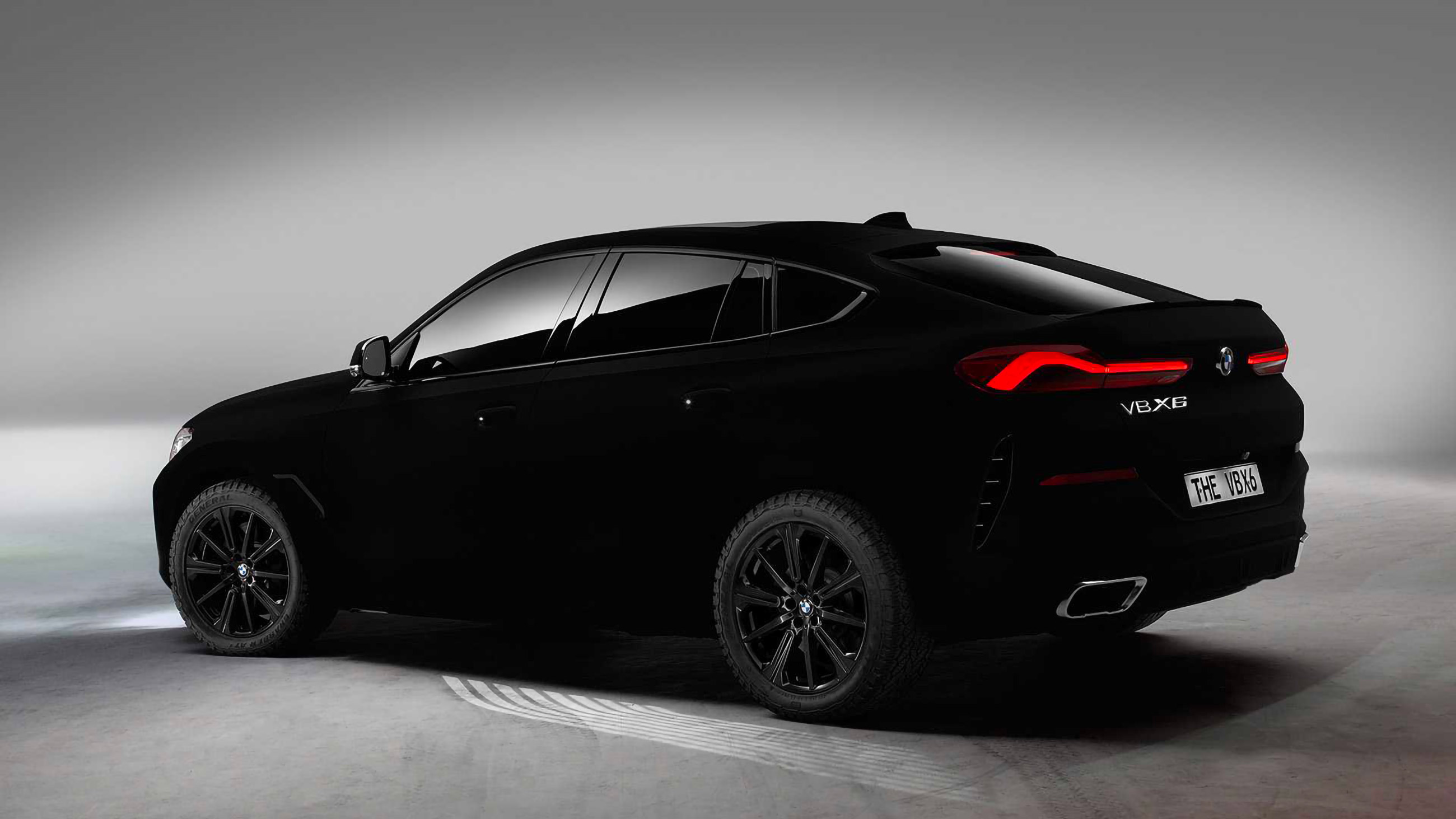 The new BMW X6 Vantablack takes you back to black

No, the picture above isn’t a poorly rendered CGI render of the new BMW X6. It actually is a real life picture of the exclusive colourway that Vantablack has cooked up for the up and coming Frankfurt Motor Show on September 11, 2019.

If the pictures seem wrong, that only means that the paint is doing its job. Vantablack, indeed, is a colour that absorbs 99% of the light that hits it. The result is an apparently surnatural VBX6 robe that dresses the X6 in total darkness. Which is exactly what allows the car to shine even brighter, through a strong sense of aesthetic detailing.

The xenon lighting, along with the chrome grill and wheels, is a strong statement on a Coupe SUV that only needed subtle changes to come back stronger.

BMW and Vantablack teamed up with one clear idea in mind. They wanted to create the darkest black ever seen on a car. The idea, we’re guessing, is to be able to, in the long run, try out unreleased models without the unattractive graphic wrap that’s here to confuse competitors and consumers alike.

The project, remains just that: a project, for the time being. But in the future, as BMW executives recently shared, the situation will change. “My thoughts of having a Vantablack BMW gets back to the preparation of the BMW X2 launch.” reveals Christophe Koenig, Spokesperson for the German brand.

“We really can’t wait to see where this collaboration with BMW and Surrey NanoSystems [who developed the technology] will take us next. The first Vantablack car is certainly a big tick in the box when it comes to dream projects”, Benjamin Males from Levitation 29, the visual agency in charge of the project, states in the same press release.

BMW Luxury SUV 4X4 X6 Vantablack Car Painting
Tawfik Akachar
Senior Writer, Paris
Tawfik is a pop culture enthusiast that has a soft spot for the study of emerging movements, casual chic fashion, and technical clothing. Although he loves different foods from all parts of the globe, he considers fried chicken to be the best dish, ever.
Fashion Music Design Art Travel Entertainment Technology Food