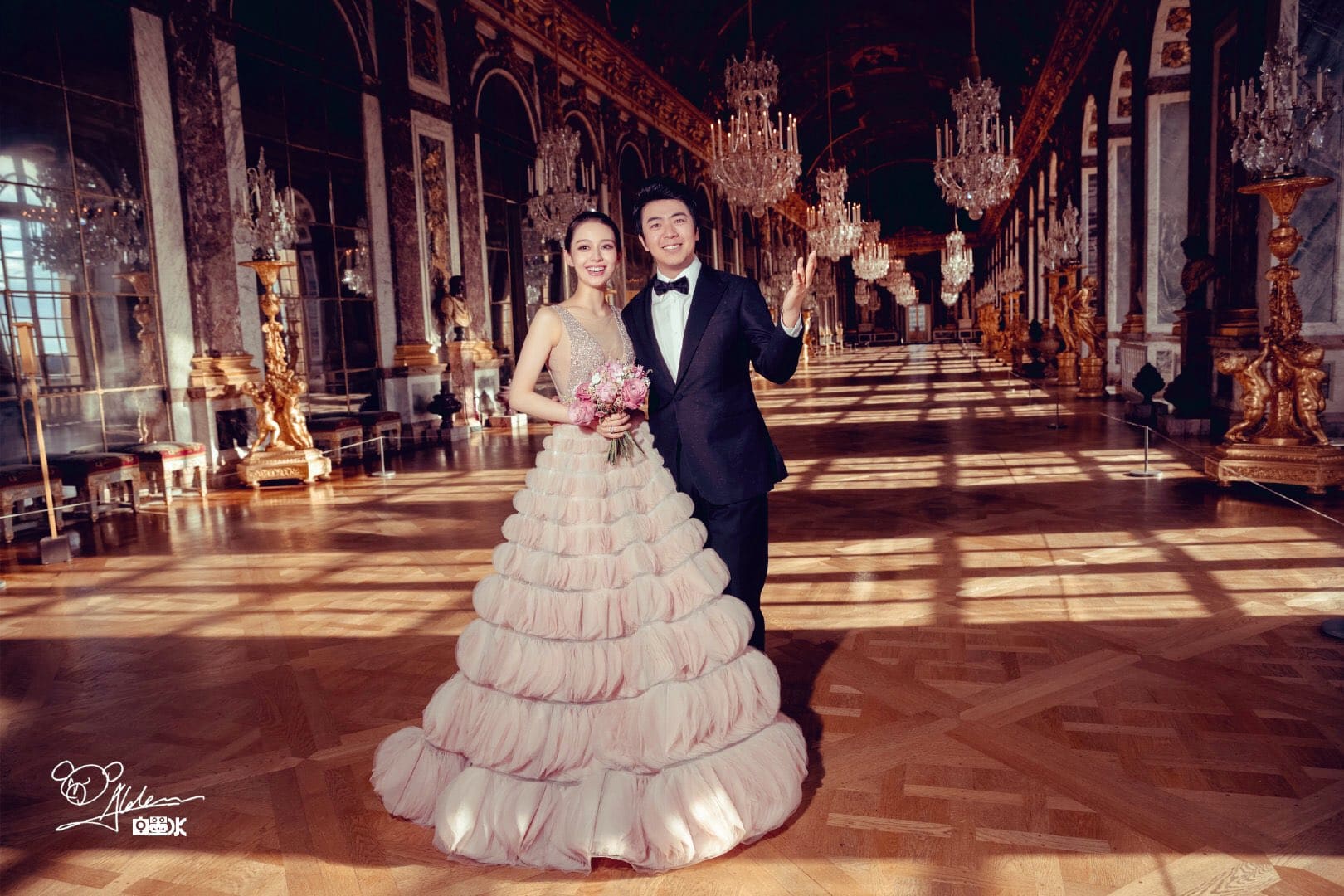 Love is in the air — Chinese internet is flooding over from congratulations to world-renowned pianist Lang Lang! The famous pianist tied the knot over the weekend to a 24-year-old German-Korean pianist named Gina Alice Redlinger. The couple reportedly met in Berlin, Germany, but the event took place in Paris, with an extravagant wedding banquet at the Palace of Versailles on Sunday.

“I found my Alice. She is Gina Alice,” Lang Lang wrote on his Weibo account on Sunday followed by a series of wedding photos. A post that has now been liked nearly 1 million(!) times.

Redlinger is of German and Korean heritage and a graduate from Hochschule für Musik und Theater Hamburg. And Lang is the first Chinese pianist to be engaged by the Vienna Philharmonic, Berlin Philharmonic and all major American orchestras.

The wedding attracted a big crowd of celebrities and was attended by a variety of celebrity couples such as singer-songwriter Jay Chou and his wife Hannah Quinlivan.

At the ceremony, the bride spoke her vows in Mandarin. “I will love you till the end of my life,” replied Lang, with a teary-eyed crowd watching and smiling.

Afterward, the newlyweds surprised the guests with a piano duet. Chou and Lang performed a piano duet as well — “Blue and White Porcelain” — which is one of Chou’s classics.

Alipay sets foot in Europe to cater to Chinese tourists

Q&A: Harold Parisot, founder of the Chinese Business Club, on why the club is the gateway to China

These are the prettiest places for a wedding proposal in Paris