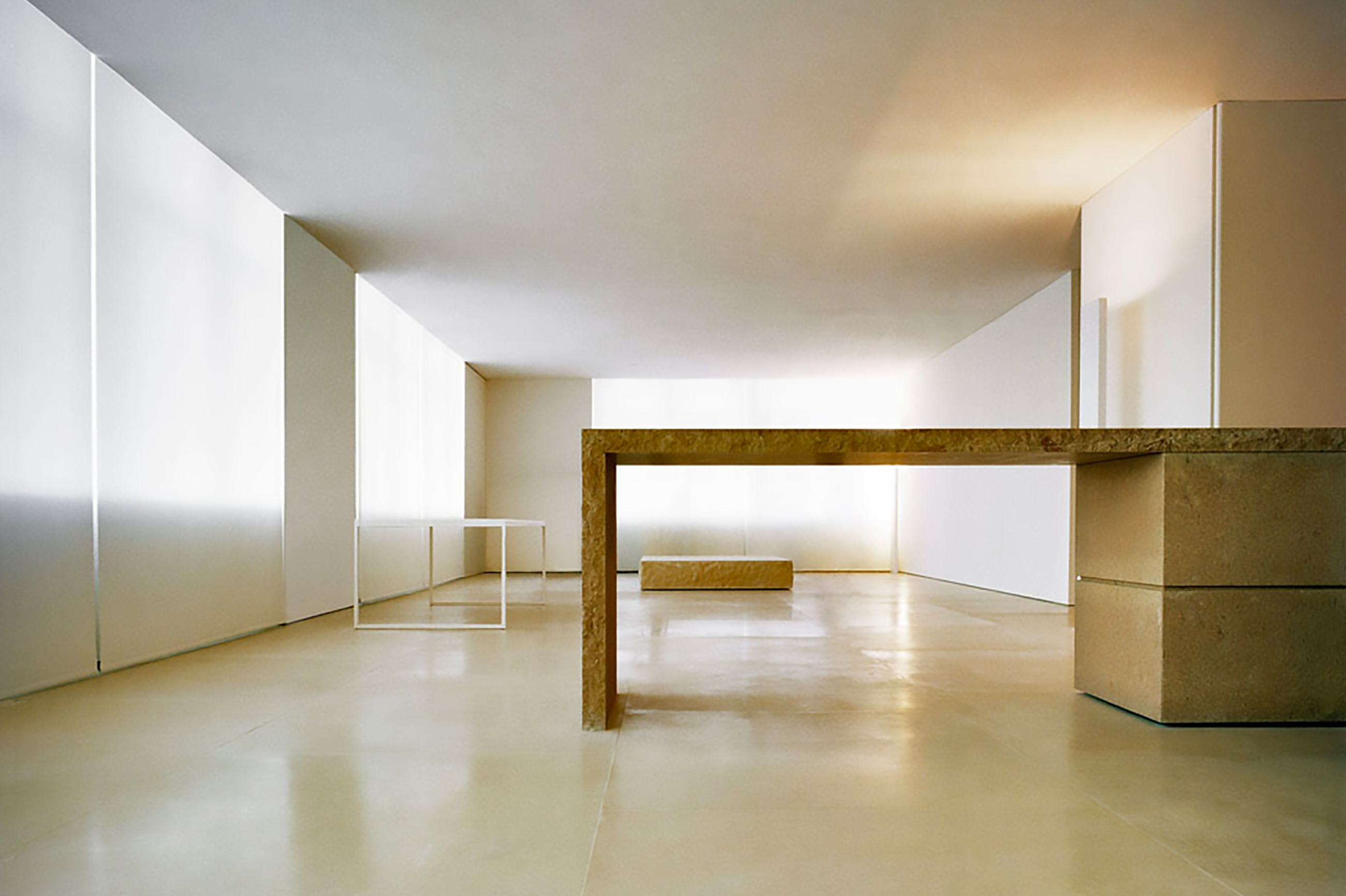 CORE Real Estate has just listed Kanye West’s former NYC condo for $4,7 million. The modern apartment, located in SoHo, on West Houston Street, was designed by CSA (Claudio Silvestrin Architects) is described as a location that “combines the free flow of space and natural materials, convey a feeling of solemnity that us elegant, rather than intimidating.”

The one-bedroom apartment has several additional features that make it a rare commodity, especially at this price range. The use of monolithics island throughout rooms add earthy tones to what would otherwise be an intimidating habitat, while the woodwork brings different shadings and tones to the natural sunlight that is able to travel through the apartment’s large windows.

Needless to say, Kanye West is having one hell of a year. While he’s about to release ‘Jesus is King’, his eleventh studio album, on September 27, the rapper turned fashion mogul has once again made it to Forbes news. He tops this year’s best paid list, largely due to his Yeezy footwear venture, that made about $1,5 billion in revenue in 2019. An impressive number that gives the crown to Ye, while Drake, who was all over the charts this year, made twice as less.

These 4 colours will dominate home interiors in 2020

Hot Properties: Barbie’s house is for rent on Airbnb