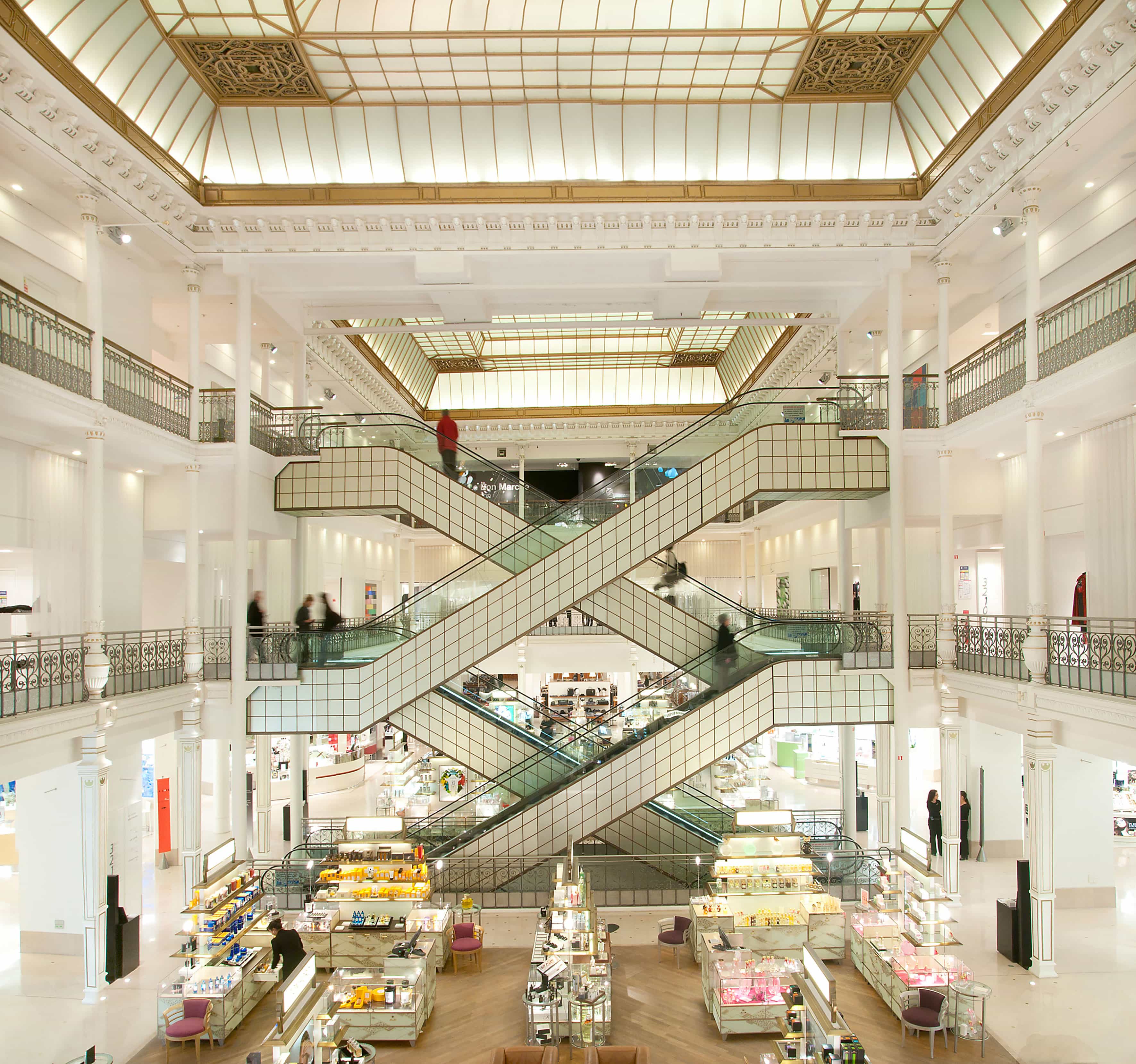 Everything you need to know about Le Bon Marché

Once upon a time, not too long ago, in the middle of 19th century Paris, Le Bon Marché was born in a period of prosperity, shortly before the industrial revolution. And it was no coincidence. The power couple that the Boucicaut turned out to be at the time, had a strong French elegance in the way they conducted their business. In fact, they made a name of themselves by making sure that their business was run with flair, empathy, heart and dedication.

And if you’ve ever shopped at Printemps, Barney’s, Selfridges or Harrods, then you know how important these places are to fashion enthusiasts worldwide. Everything in these department stores was designed to let you see, wander and wonder. Le Bon Marché is no exception. 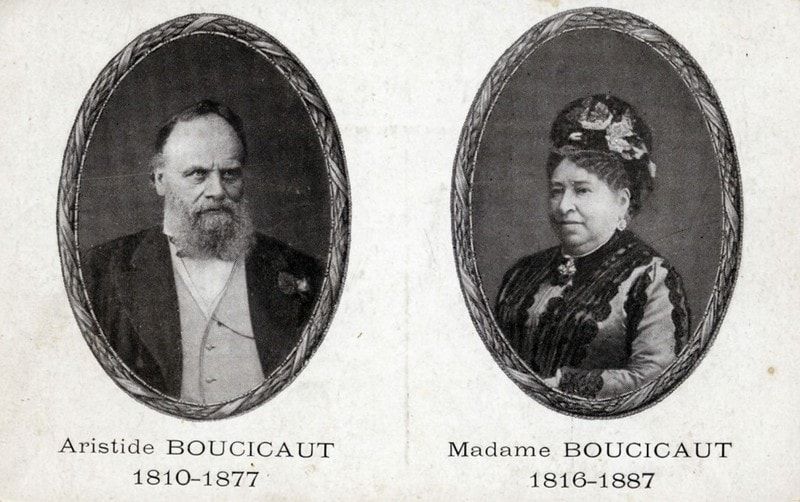 A family business, with family values

Aristide Boucicaut used to own a fabric shop when Au Bon Marché, owned by someone else, went bankrupt. Thanks to his and a friend’s investments, the Frenchman was able to buy the place, with a clear idea in mind: making the experience the heart of the shopping process. Boucicaut — who, through his studies, gained extensive knowledge of contemporary sociological research for workers in the U.S. — decided to put his knowledge to the test. He pioneered modern marketing and modern shopping all at once and the idea worked. Really well for that matter. Profits skyrocketed overnight and investment was pouring in.

The venture became a seven figure business and soon, the man behind the boutique would need trusting hands. He turned to his life partner, his wife, Marguerite. Marguerite would join the venture a few decades in and came to have a critical role in the entity’s history as a whole. She was the one taking care of business when it was crucial, running it with both heart and sense. Especially when times became hard — in 1877, when Aristide died.

Before she passed away, in 1887, Marguerite Boucicaut considered that every soul that helped Le Bon Marché should be helped in return. Hence, with a philanthropic heart and the years of experience in touch with her middle-class peers — many of whom she sheltered — she left most of her fortune to the Public Assistance system. The money was enough to build a hospital in her name. The praiseworthy lady also made sure that every Bon Marché employee, based on how long they were part of the maison, received a form of financial compensation. 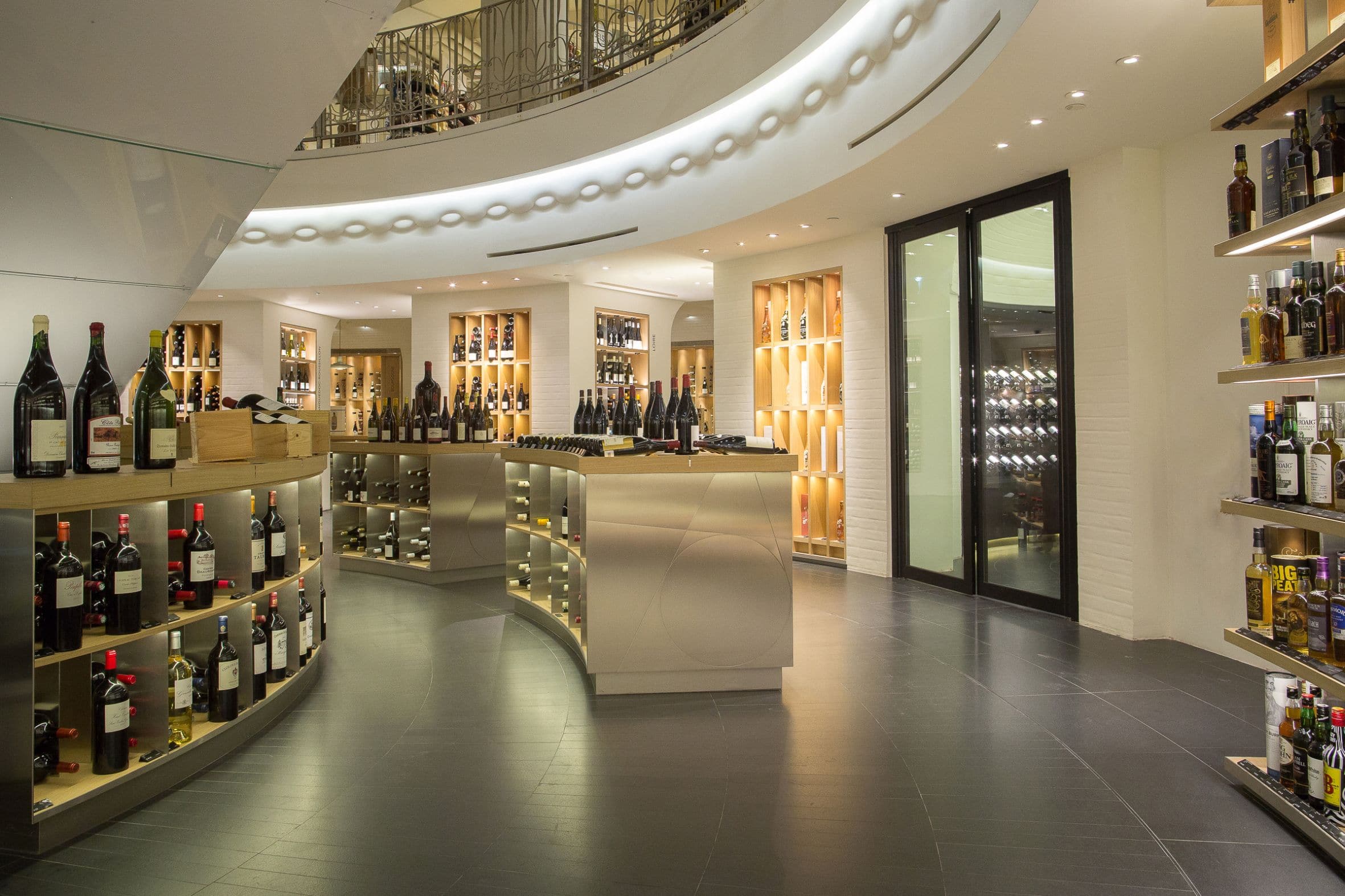 An appetite for greatness

Very early on, Arisitide Boucicaut understood that selling mostly niche products, with big margins — that was the way people used to sell goods, back then — wouldn’t work in the long run.

Very smartly, instead, he decided to go the other way. The one that didn’t make sense. He opted to sell greater quantities for slimmer profits, leaving the specialised boutique blueprint collect dust. From now on, Le Bon Marché was selling everything from shoes to fresh or gourmet, caned food. Furthermore, the different products, from now on, all had price tags. With a limited, ever-changing inventory, the Boucicaut managed to increase both offer and demand greatly, going from 450 000 Francs in profit to 7 000 000 Francs, in just one year! So, off they went, leaving the competition crippled with a model of the old times. The couple built an empire based on the harsh truth of numbers and human understanding and how the two are deeply connected.

Fast forward to a century later, in 1984. Le Bon Marché was acquired then by the Arnault family (LVMH), and the Boucicaut empire entered a whole new dimension. The legacy now stands taller than ever.

If everybody knows the place as the Mecca of fashion, not many people know that for a long time, La Grande Epicerie (the name for the store’s culinary section) was the biggest food store in the French capital. It still remains, to this day, one of the most important Parisian focal points. La Grande Epicerie is home to a restaurant, right below its Eiffel and Boileau designed canopy and well-camouflaged industrial walls. The place features other food shops: a butcher-shop, a fish-market, a cheesemonger, a bakery and we’re in France, bon Dieu, even a wine cellar! The eatery temple turned to a haven for fine, gourmet and exotic groceries in Paris. 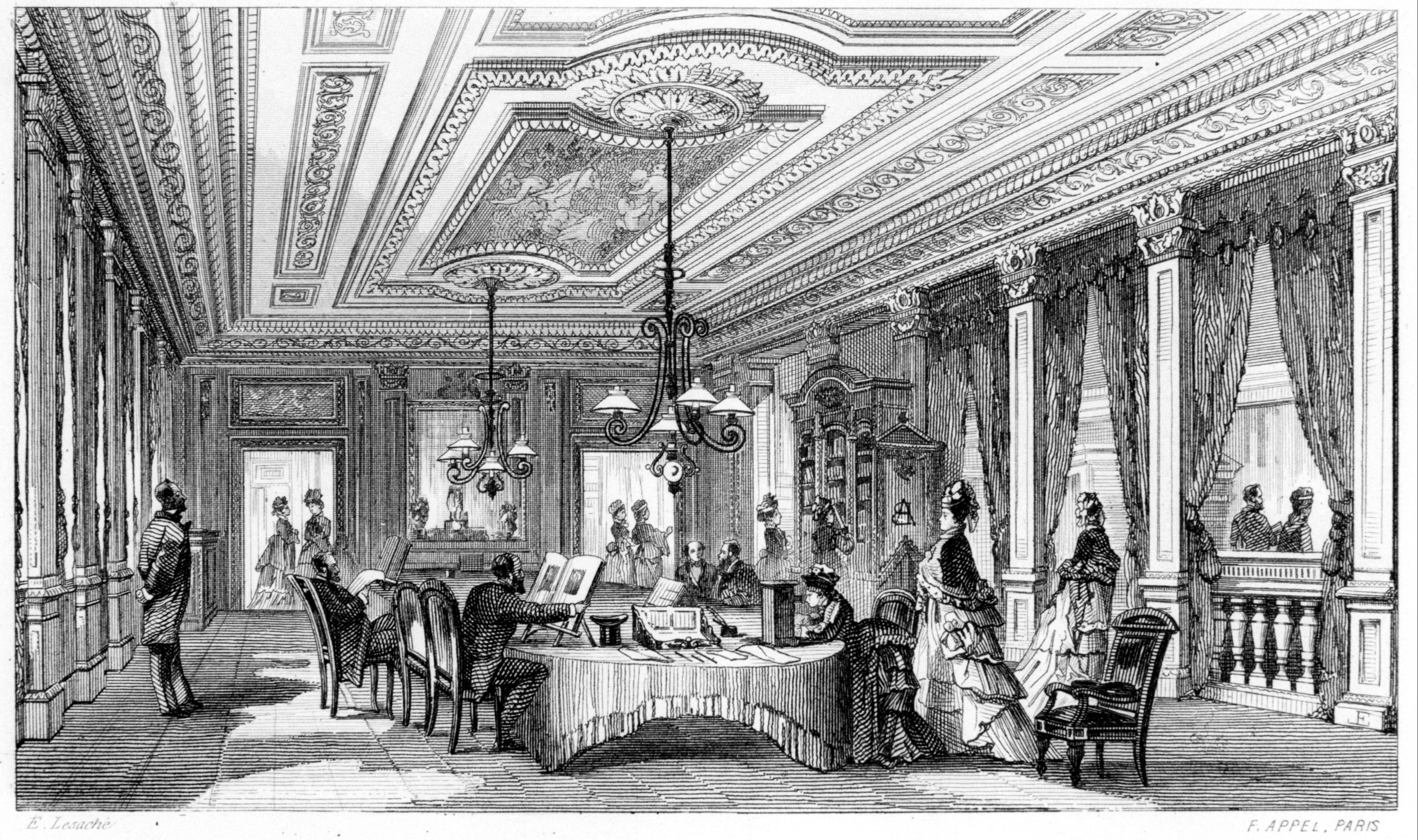 Social awareness -- a deep understanding of both employees and consumers

Aristide and Marguerite Boucicaut did amazing, business-wise. Not only were they innovative at marketing — initiating the poster signs and billboard we still see today — but they also kept an eye on their employees’ well being. The store pioneered social care for its employees and medical leave, but also paid vacation, insurance and pensions alike.

Le Bon Marché was doing good and its profits grew fast and steady, for a long period. Once it had established itself as one of the most influential stores in the French capital, it became obvious that the better the working conditions were, the better their employees would then perform. The state of mind remained, and laws, decades later, would follow the state of mind the business couple initiated.

That’s right, almost everything that most of the western world, among its modern democracies, has been relying on for our professional lives, was put in application by the Boucicauts around two centuries ago. 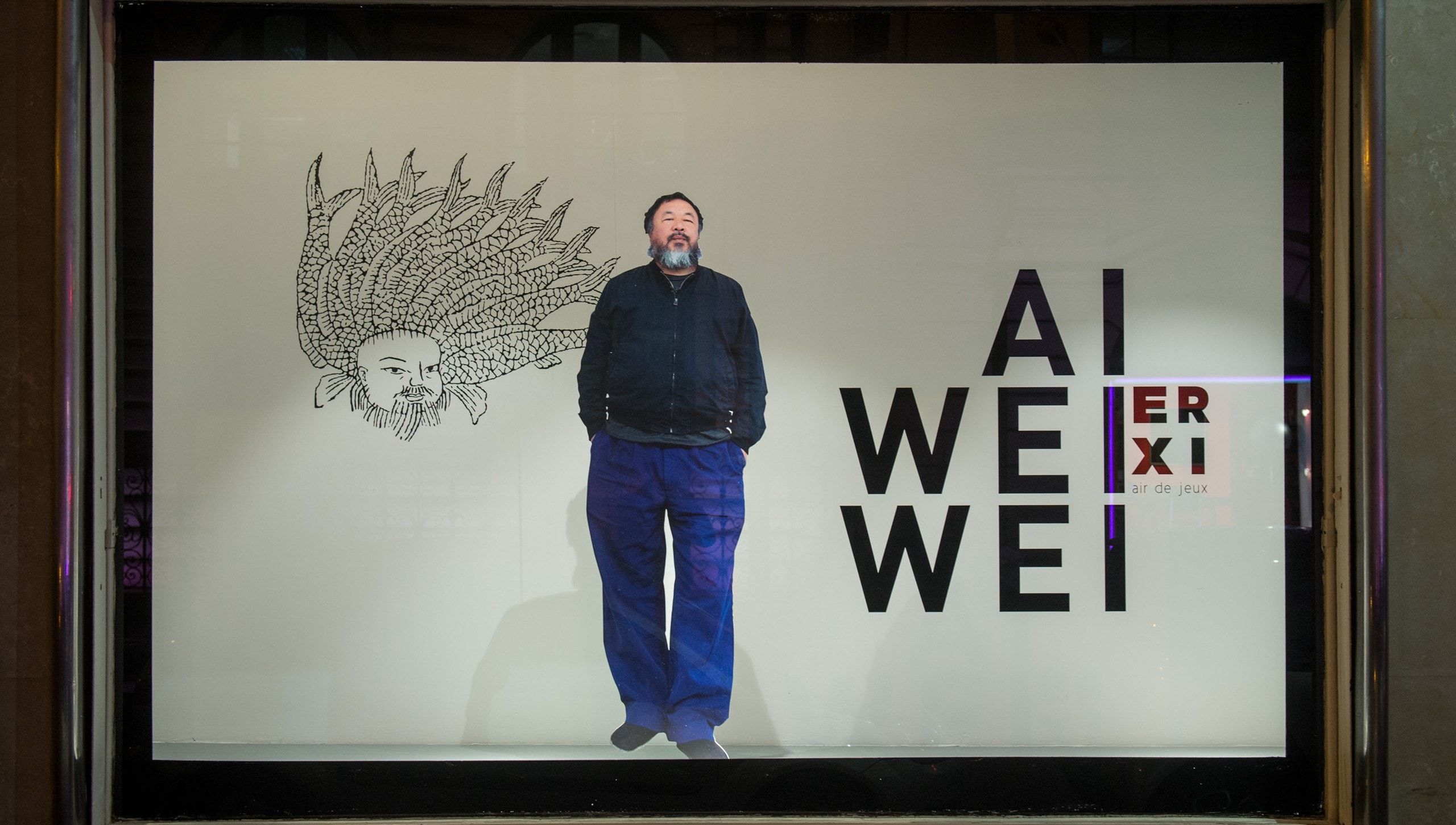 More than a shopping mall: an artistic hub

For the longest, Le Bon Marché has been a place of taste and curation. The store opened its doors to various artists as early as 1875 and gave away its spaces to painters, sculptors and other artists as temporary studios or exhibition galleries. Le Bon Marché thus became a place of curation, as the Parisian who’s who would conveniently find themselves shopping in the same place. The 24 Sèvres address, to many, means parisian chic and artistic freedom.

In recent years, not only did the gallery work with the biggest names in the fashion industry (Thom Browne, Off-White or more recently Loewe) but it also teamed up with the likes of Ai Wei Wei, Leandro Elrich or Joana Vasconcelos to rework its well-known minimalistic interior. The huge space with crossing escalators is a canvas for artists and creatives to paint on. Each collaboration is a chance for the artists to create out-of-this-world ambiances that still fit within Le Bon Marché’s timeless philosophy. 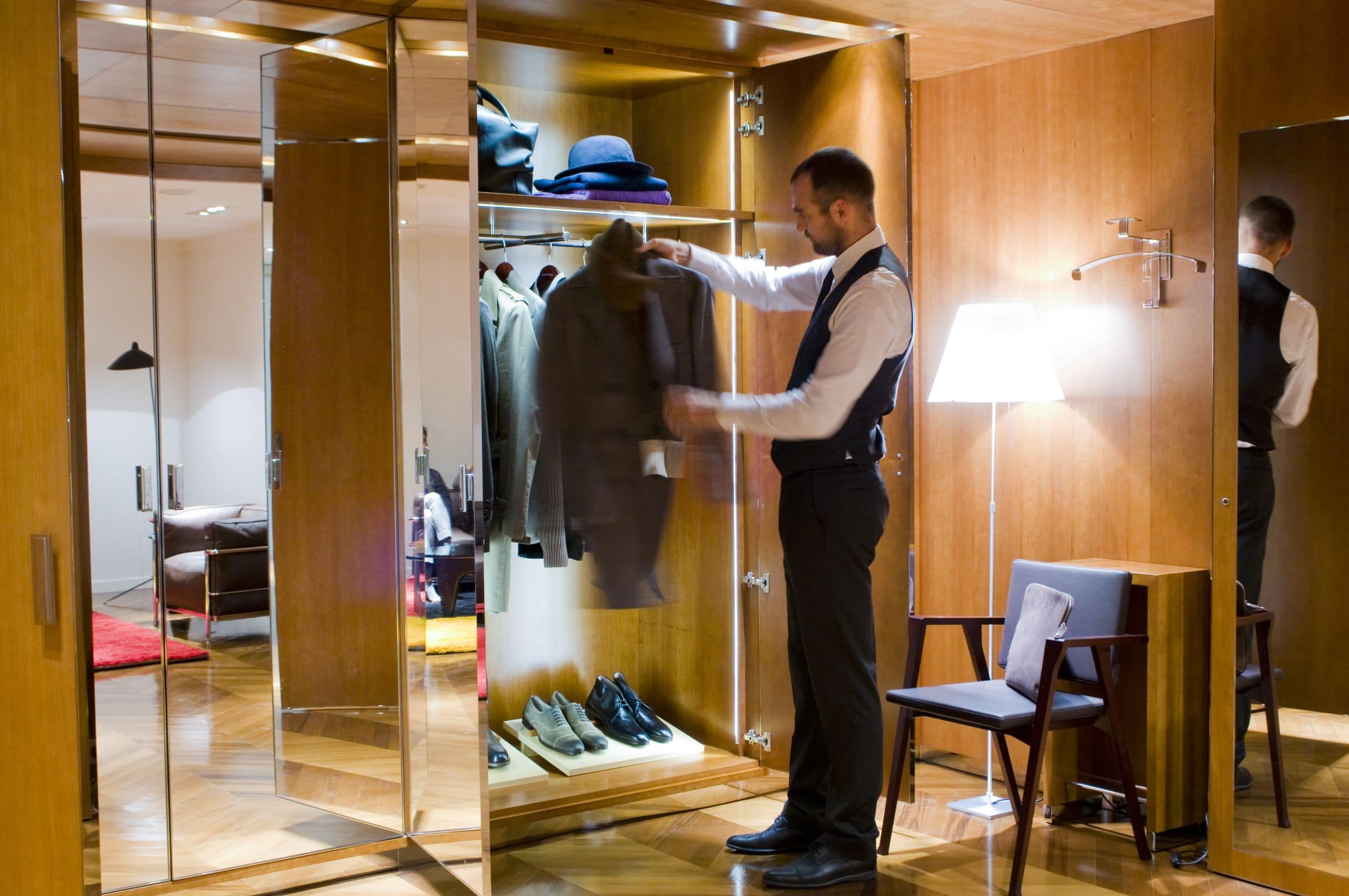 French heritage at its finest

The biggest names in French pop culture, from entertainers to athletes, all shop at Le Bon Marché. Its architecture, along with the philosophy that animates the brand since its modest beginnings, are all a part of a greater legacy that we locally call French savoir faire.

Before the digital era, back when giant retail players started coming up with solutions that would improve their local market, Le Bon Marché already had a long history of innovation, home delivery being one of them. Oui, oui !

Aristide and Marguerite Boucicaut were pioneers in many ways and their legacy continues today, through LVMH’s global vision, to be innovative and at the center of everyone’s attention when it comes to shopping the best Paris has to offer. To this day, Le Bon Marché has managed to stay one of the most sophisticated places to shop, and one of France’s best shopping malls, at the same time. You can go and buy a pair of sneakers or a suit, all in the same building. The store’s catalog includes prestigious brands from the likes of Louis Vuitton, Balenciaga, A.P.C. or Nike.