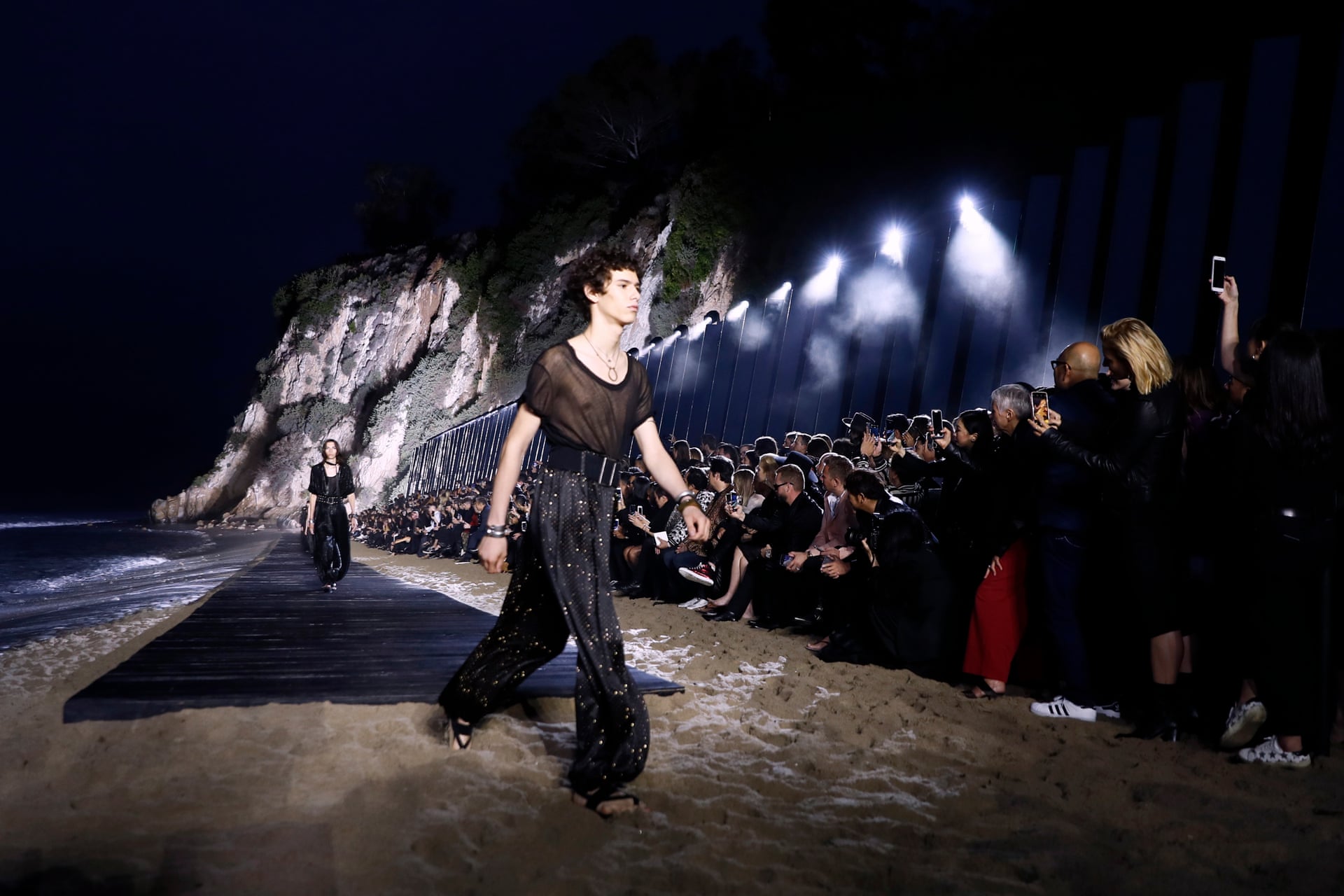 Saint Laurent may be on of the most established fashion houses in France but the label clearly isn’t too bound to geography. Last season the designer Anthony Vaccarello, escaped to NYC to put up a show at Liberty State Park, sending models down the runway with the skyscrapers of Manhattan rising in the background from across the Hudson River. Yesterday he crossed the pond again – all the way to Los Angeles. The West Coast seems as a good home for Vaccarello’s latest show as the company makes clothes that seem right at home in the L.A. style scene. They’re bold, but not too brazen. Cool, and they know it. It’s exactly the kind of thing that everyone from Echo Park to Hollywood can appreciate. See for yourself and decide!

There is no doubt that Miley Cyrus has always been outspoken about her beliefs and standing up for different causes she cares about. In 2015 she launched the Happy Hippie Foundation, which provides support and shelter for homeless and LGBTQ youth, and other “vulnerable populations.” The foundation, still to date, is one of her most significant efforts, followed by a M.A.C. Viva Glam campaign which gives 100% of its profits to help those living with HIV/AIDS.

Now Miley and Happy Hippie Foundation are teaming up with Marc Jacobs for a limited-edition charity hoodie. The pink hoodie, which is now available for presale on Marc Jacobs’s website, retails for $175 and features a photo of a topless, smiling Miley, with “Don’t f**k with my freedom” written on it in block letters. The words are taken from a line in Miley’s new song, “Mother’s Daughter,” but also speak to the current political debate surrounding reproductive rights and bodily autonomy. 100 percent of the purchase price will be donated to Planned Parenthood, an organisation that is directly affected by recent abortion bans taking place across the United States.

Chanel is planting a meadow of camellias in Tuileries

As sea of camellias is taking over 5 hectares at the foot of the Pyrénées. In this year’s edition of Jardins Jardin, Chanel is dedicating its space at the annual horticultural event to camellias. The camellia is a flower symbolic of Coco Chanel and the heritage of the house. For over 10 years, the flower has played a significant part of the scientific research. All thanks to its exceptional hydrating properties. The event gives the opportunity to discover the two stages in creating Chanel’s camellia based skincare products and see their transformation into beauty products. It doesn’t get more French chic than this!