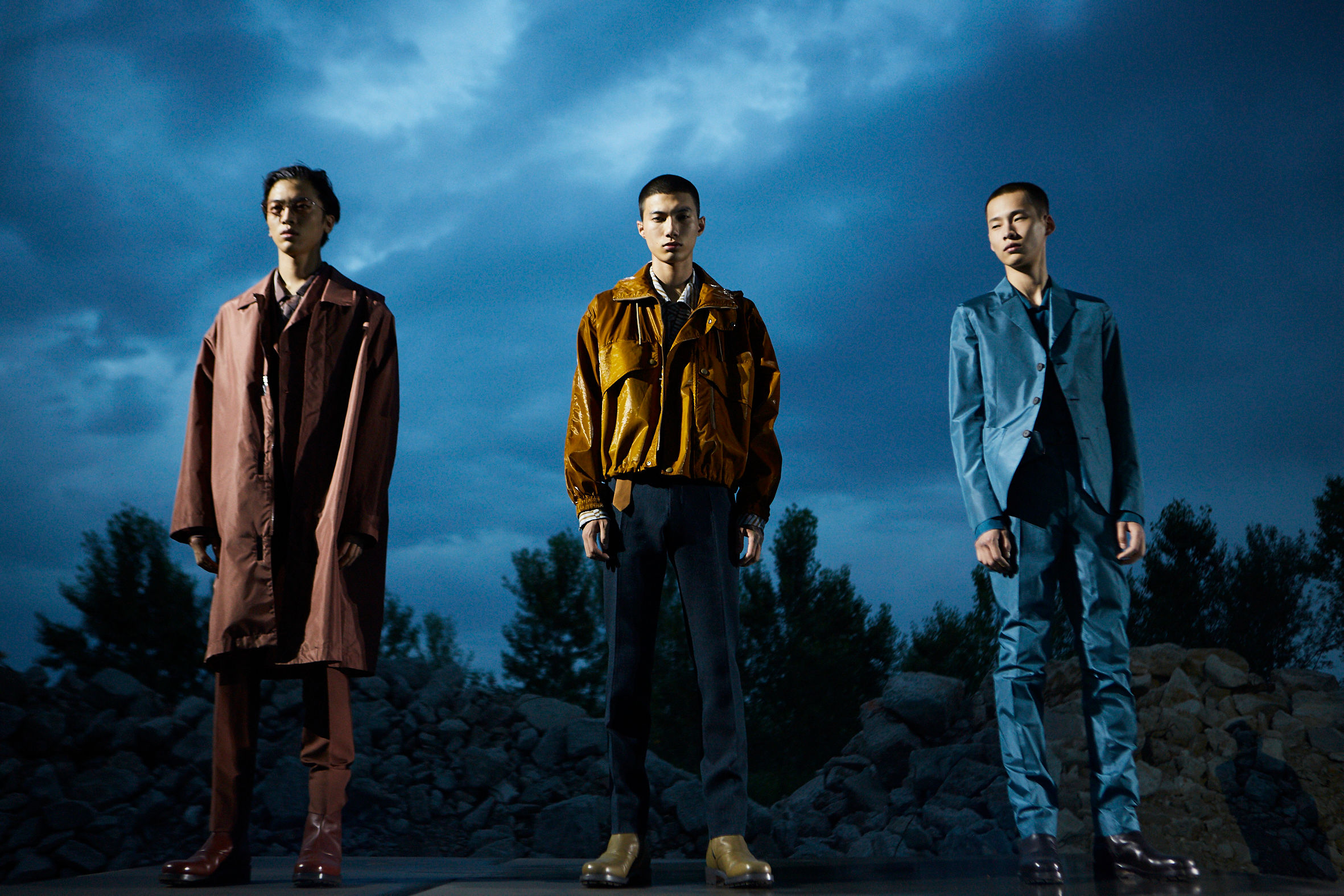 After its regular showcases at Milan Fashion Week (MFW) in past seasons, Prada headed East for its Spring/Summer 2020 fashion show — lighting Shanghai’s East Bund up with an electrifying runway of neon lights and arresting illumination. The collection: young, relaxed and chic with a touch of fun from Muiccia Prada’s personal take on sportswear and retro eccentricity.

With the absence of Prada as well as Salvatore Ferragamo in Milan — Paul Andrew presented his debut men’s show at Piazza della Signoria in Florence), Giorgio Armani has taken over with the finale slot to close MFW Men’s Spring/Summer 2020. Safe to say, MFW Men’s this season is rather quieter with a few standouts including Versace, Ermenegildo Zegna and Tod’s (who only managed a private presentation instead of a full show).

This season proves to be a rather dizzying one with fashion brands being somewhat ‘extra-sensitive’ to matters involving social status, diversity and the environment. Trying to jam too many ideas into a collection can sometimes be bamboozling, especially in the case of Philipp Plein with a fire-spitting show that borderlines Mad Max: Fury Road and the “underground gipsy witch meets rockstar” vibe.

Alessandro Sartori on the other hand wants to invoke a sense of awareness to pollution and ecological depletion that stem from the values of recycling and carbon neutral materials. But in this case, Sartori has put together a solid repertoire of looks that moves Zegna up the ranks as one of the most exciting fashion houses to look out for in the next seasons to come. Here are some of the best highlights from Milan Fashion Week Men’s Spring/Summer 2020.

Alessandro Sartori takes the fashion world into an industrial setting with rubble and gravel dramatically strewn all over the fume-blown runway at the former Falck iron mill. It’s clear that Sartori is bringing an evident change into the brand’s aesthetics with a new edge in the form of crunchy nylon, mineral hues and sensitively patterned irregular pleats. The underlying message hinted at the idea of use and re-use. But Sartori sticks to what he does best with a sartorial buffet of luxe leather jackets, relaxed monotone suits and perfectly-cut short-sleeved shirt — a first for the creative designer. Mini crossbody bags also continues to sling into the next season with a strong prominence in the show. (Photography: Filippo Fior)

Dolce & Gabbana traverses the tropical jungle with a safari-themed procession of exotic leopard prints, viscose camp-collared shirts and lots of khaki. And it won’t be Dolce & Gabbana without the campy theatrics of bedazzled brogues, contrasting patchwork and oversized robes. All 120 looks are laced with intriguing underlying messages reading “Only Good Vibes” and “Choose Me”, to harvests from the Sicilian farms featuring native fruit like finger limes, mangos and avocados. “The most important thing today is this tropical mood, seen through our Sicilian eyes. What we’ve done is to take elements from the ’40s and ’50s, and Elvis, then a little from the ’80’s – Spandeau Ballet – and something from the ’90s too. Then we add references from our own archive and shake it all up to maybe make something new,” Stefano Gabbana expressed before the show. (Photography: Alessandro Lucioni)

There’s less sex on the runway this time from the House of Versace as the creative director goes big on cars. The centrepiece of the Via Gesu show is a black sports car decorated with flowers made by Versace collaborator Andy Dixon — a tribute to 11-year-old Donatella and her brother Gianni, then aged 19 who sneaked off to a concert in a car stolen from their parents, which broke down and was lost forever en route. The show carries a plethora of prints (no surprises), mismatched leather and Lurex knits. The collection is fun yet provocative, tailored yet smashed with post-punk influences. And unlike previous collections, Versace’s take on its SS20 looks is more dizzying than ever. (Photography: Filippo Fior)

Kean Etro cites Yoda as his favourite character in Star Wars, and extends his fancy in the series with a capsule collection. Ironically, the collection appears to be more Indiana Jones than Star Wars with nomadic influences that stem from indigenous Indian, Persian and Mauritanian cultures. The runway is peppered with layers of scarves, capes and outerwear in every warm tone in the colour wheel. The silhouette is relaxed and easy, almost hippy-like — celebrating the spirit of a wanderer who’s lost in his or her own fantasy. (Photography: Alessandro Lucioni )

Versace Dolce & Gabbana Ermenegildo Zegna Etro Milan Fashion Week Men's Fashion Week Spring Summer 2020
Martin Teo
Editor
Martin has a bent for history and food culture, especially of the Peranakan heritage. Since the pandemic, he finds joy in plant parenting and continues to expand his collection of Philodendrons, Anthuriums, and Syngoniums. He's now on a lookout for the elusive Philodendron Florida Beauty to add to his urban garden.
Dining Living Home