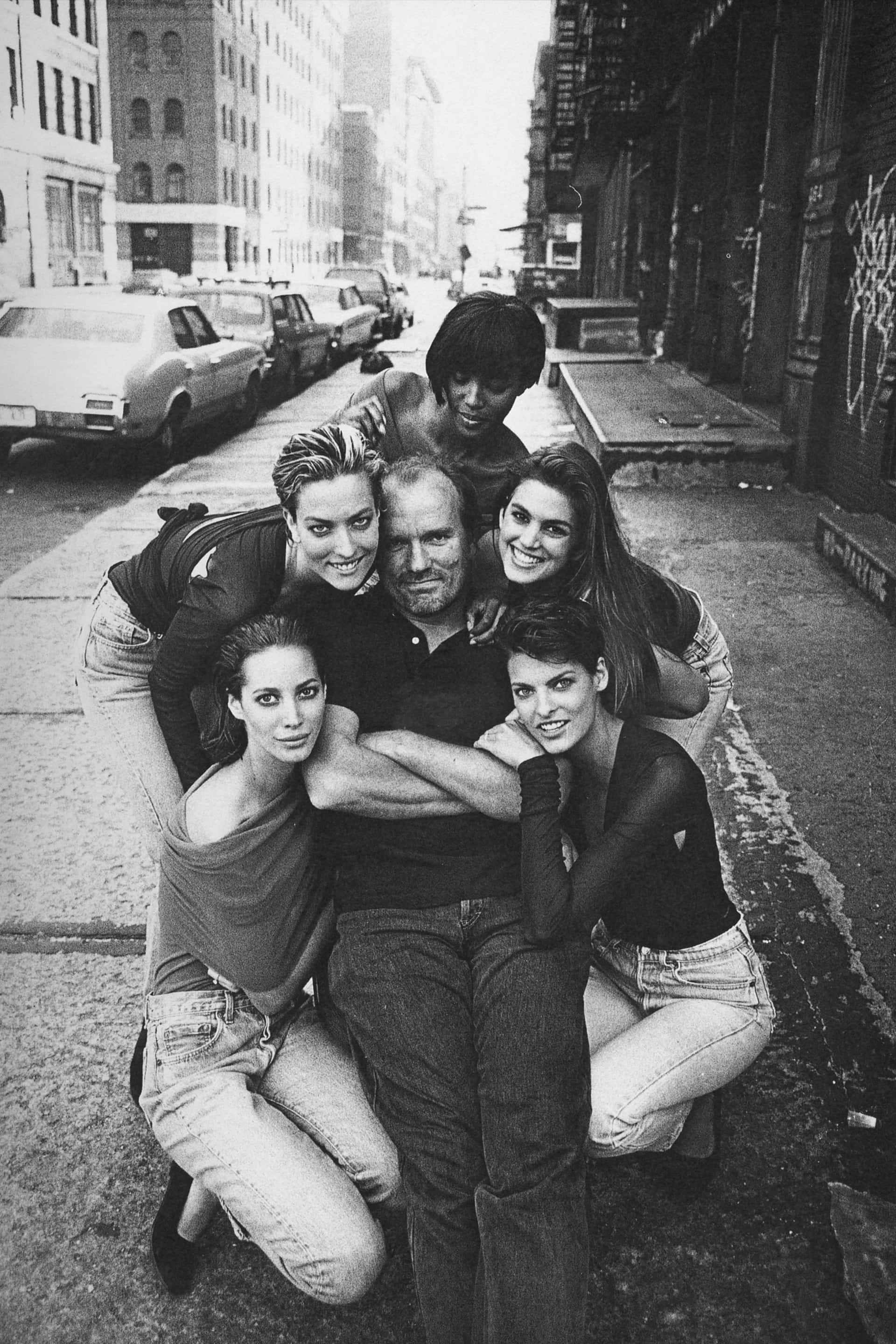 How star photographer Peter Lindbergh kicked off the supermodel era

“Before I even grab my camera, there must always be a real exchange between me and the person in front of the camera. That’s when something can happen. And that’s what you photograph, rather than the person themselves.” It is with these words that Peter Lindbergh described his relationship to the models during an interview for Vogue Paris in 2016.

A fan of ageless glamour and blushless modernity, this legend of photography passed away on September 3, 2019, at the age of 74. Between mythical fashion series for Vogue and portraits of women, Peter Lindbergh has redrawn the contours of beauty by creating photographic series of rare realism, inspired by documentary photography and photojournalism, where the model often appears without make-up, as if delivered naked to the lens.

His most famous photos remain those of supermodels, which he has made a myth out of thanks to his black and white series. It was in 1988 that Lindbergh created a series of portraits of new models together on a beach in Malibu, all dressed in white shirts and in a natural look. At the time, big-makeup, big-hair studio shoots were rather in trend.

The shoot had been commissioned by British Vogue magazine, but the clean look of the photos didn’t satisfy the editor at the time, and the pictures were tossed.
It was Anna Wintour, who became editor of the magazine a few months later, who rediscovered the shots and hired Lindbergh for her first cover, the January 1990 issue. The models it featured would become some of the biggest names in the industry: Linda Evangelista, Naomi Campbell, Tatjana Patitz, Cindy Crawford and Christy Turlington.

Pop singer George Michael was then inspired by Lindbergh’s shots and invited the same models to feature in the video for his song “Freedom! ’90.” Gianni Versace also had the models present his new collections on the catwalk, anchoring the era of celebrity supermodels.

“I never had the idea that this was history,” Lindbergh told British newspaper The Guardian in 2016. “Never for one second … I didn’t do anything, a bit of light. It came together very naturally, effortless; you never felt you were changing the world. It was all intuition.”