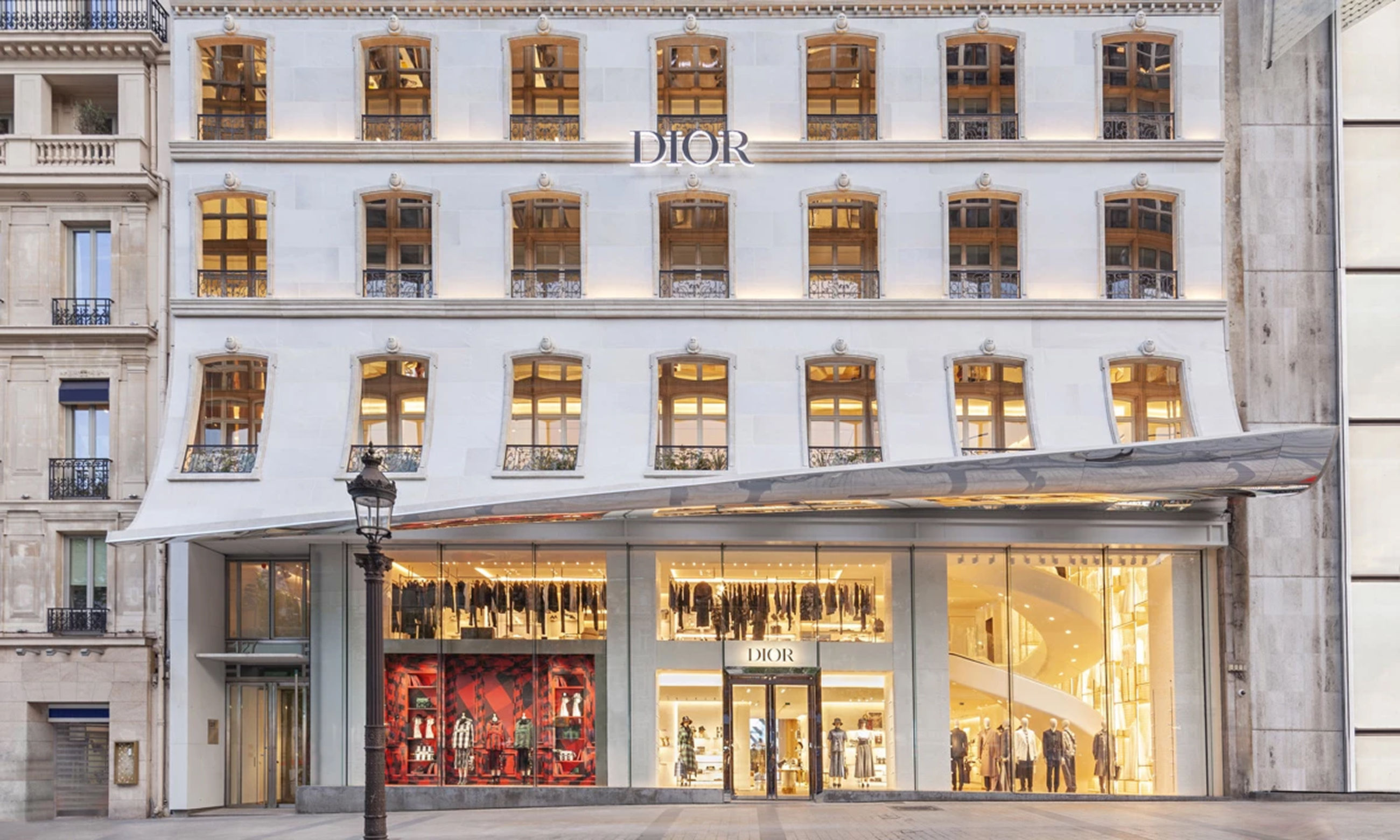 After announcing, last month, the opening on the Champs-Elysées of a brand new pop-up space, Dior has just unveiled the said space.

With the historic flagship from Avenue Montaigne closed for renovation, the French maison had to move out for a bit. Where better than the Champs-Elysées, to do it in style?

Open on number 127 of Paris’ most famous avenue, the new, temporary location will serve as an experimentation space. Numerous pop-up events and animations are already announced. Collections for both Men’s and Women’s ready-to-wear collections are sold within the new space, too. The store comes just a few days after Kim Jones’s latest campaign, has flooded the web.

On the outside, the store, draped in its façade-long trompe l’oeil, is bringing the homage to the avenue Montaigne address to new poetic heights. “The new Dior Champs-Elysees boutique stands majestically, surprisingly reminiscent of the House’s beloved mansion at 30 Avenue Montaigne — which is evoked in a giant handmade drape covering the façade of the new store.”, the official post on Dior’s Instagram reads.

On July 15th, the day of the official opening, Dior has released on Youtube a video tour of the 127 Champs-Elysées boutique. Have a peek below.