Launching a new brand, product, line or a new artistic project has become a great marker of how responsive the bigger players have become. Unconventional press runs and strategies are becoming the norm and even traditional brands are lending an attentive ear to experimental releases.

In 2018, Moncler first announced Genius, its collaborative, experimental collection. For the effort, the luxury ski brand reached out to 8 different artists and creators. Shy has never been in Moncler’s vocabulary, to the contrary. Experiment-wise, Moncler is part of the vanguard of both luxury and technical wear.

After releasing the first capsules periodically, time has come for the French Italian label to unveil one of its most exciting collaborations to date.

And those words are meaningful: after all, the latest was with Fujirawa’s Fragment Design and it was only a few months ago… But Palm Angels, unlike the Japanese label, was mainly niche, when the first Genius project was announce.

Streetwear enthusiast know how important California is, on the streetwear map. If cities like Milano, Paris or London are essential to couture and haute-couture, Los Angeles is, with no doubt, one of the two poles around which the streetwear planet has been revolving historically. It has seen the birth of staples in the industry, from The Hundred to Diamond Supply Co. or more recently Fear of God.

With this last rendition, Moncler is sublimating a very young label, Palm Angels. The California inspired Italian label is part of Moncler’s heritage already. It was founded by Moncler art director Francesco Ragazzi, in 2015. What started as a side project is now in its fifth year, with the Italian head, managing to keep the hype going. The label has become a huge player on the high-end streetwear scene. It was sold in over 210 locations worldwide in the beginning of the year; recently it even scored collaborations with American sportswear giant Under Armour.

The gap between streetwear and high fashion has never been this narrow — if we assume it still exists.

Just like his peers — Demna Gvasalia, Virgil Abloh, Marcelo Burlon or Robyn ‘Rihanna’ Fenty — Ragazzi, has managed to create a new entity that feels connected to people that look like the clothes it promotes.

“The concept of the installation was that of a vandalized art gallery. It started with this image of a Jeff Koons show being vandalized by protestors, and then I collaborated with Willi Dorner, an artist out of Vienna who works in urban spaces. Then at the event, we had a lineup of outfits, and the idea was the audience could press this button and spray them with paint—it was really fun.”, the Italian designer reveals.

The Palm Angels x Moncler Genius capsule is arriving on June 6th at select retailers and online. Check out some of the looks above, or directly on Moncler Genius’ website.

Style
Future of Fashion: 6 designer names to keep an eye on 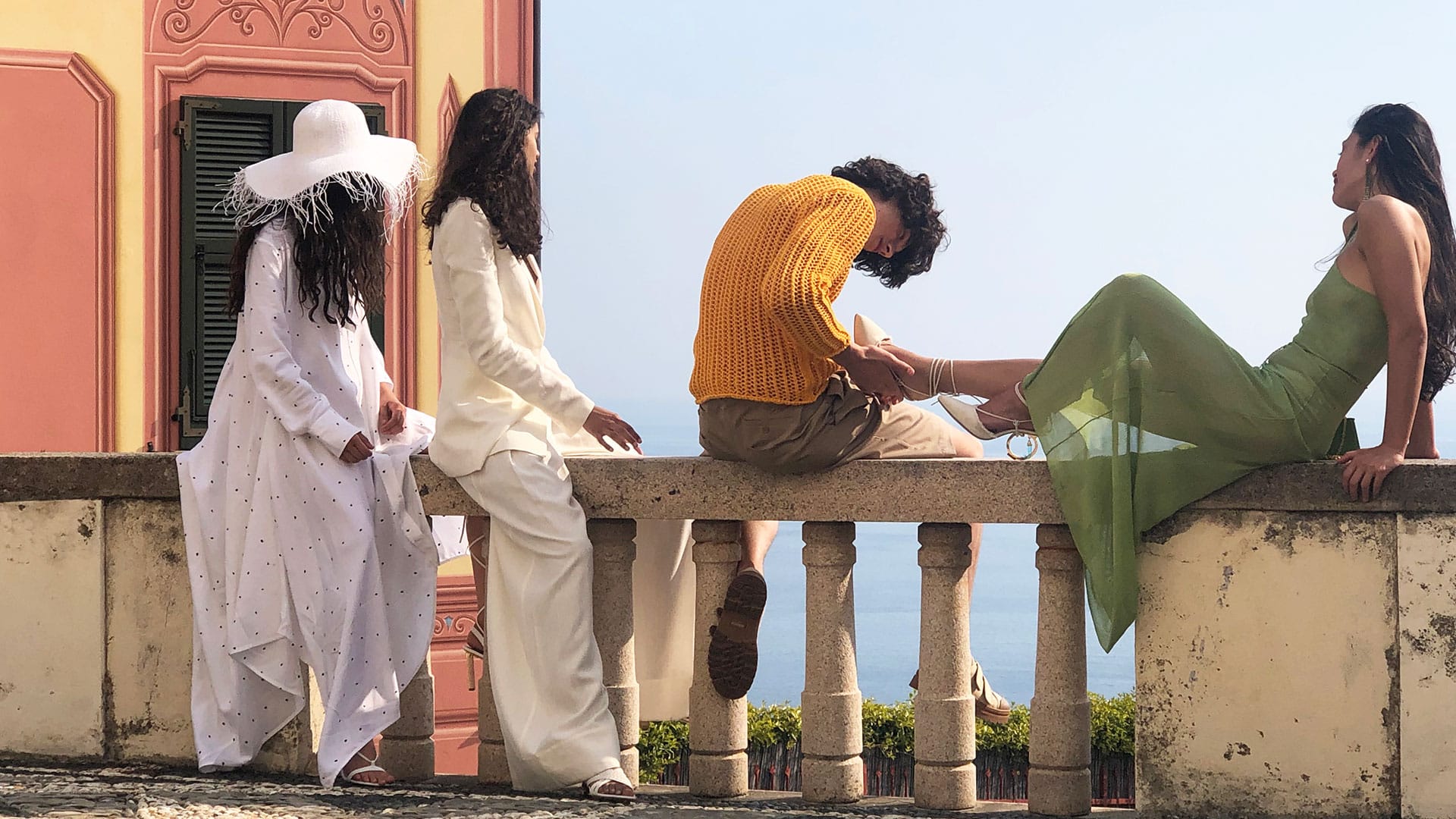