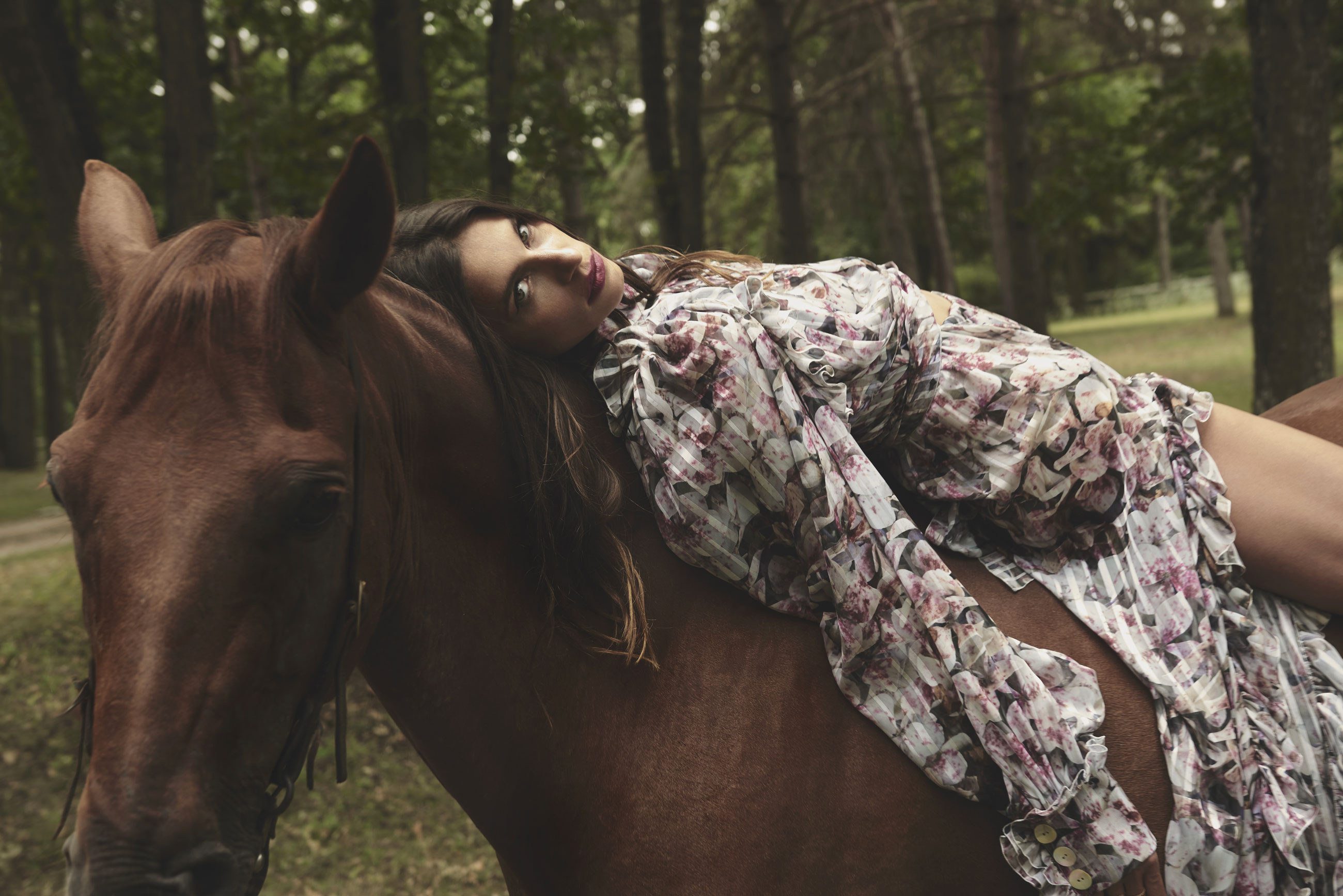 The French designer once again taps Zulfiya Khismetova to star in this campaign shot in a great diversity of American landscapes. In fact, the sceneries aren’t the only things to show evolution, as the different pieces showcased in Natural Love all have their specificities, charms and efficiencies.

“Through romantic forests, through a ranch, or along sable dunes, this captivating journey is that of a pioneer”, he himself comments on the collection.

The trip across the New Continent begins somewhere on the west coast. From the magenta-tinted Motel poolsides, to the large, never-ending pavement of the city of Angels, Nicolas Besson uses his touch to craft pieces that are clean on the cuts, allowing them to rest organically on his muse. His flowered mini-dress contrasts, shot under the shades of a balcony contrasts to the harsh backlighting of the blouse and trousers combo. Spot-on accurate.

Later, Besson explores the vastness of the desert and the water elements with flowery prints, in different ways. While the first creation, Blossom Orchid, is a nod to Beijin, the second, Golden Bloom is a modern celebration of romanticism, in different shades of aquatic blue and gold — which is also appearing on the over-the-top gold pair of metallic, high waist pants that pretty much steals the show (first gallery).

Paris French Designer SS2020 Nicolas Besson French Couture
Tawfik Akachar
Senior Writer, Paris
Tawfik is a pop culture enthusiast that has a soft spot for the study of emerging movements, casual chic fashion, and technical clothing. Although he loves different foods from all parts of the globe, he considers fried chicken to be the best dish, ever.
Fashion Music Design Art Travel Entertainment Technology Food