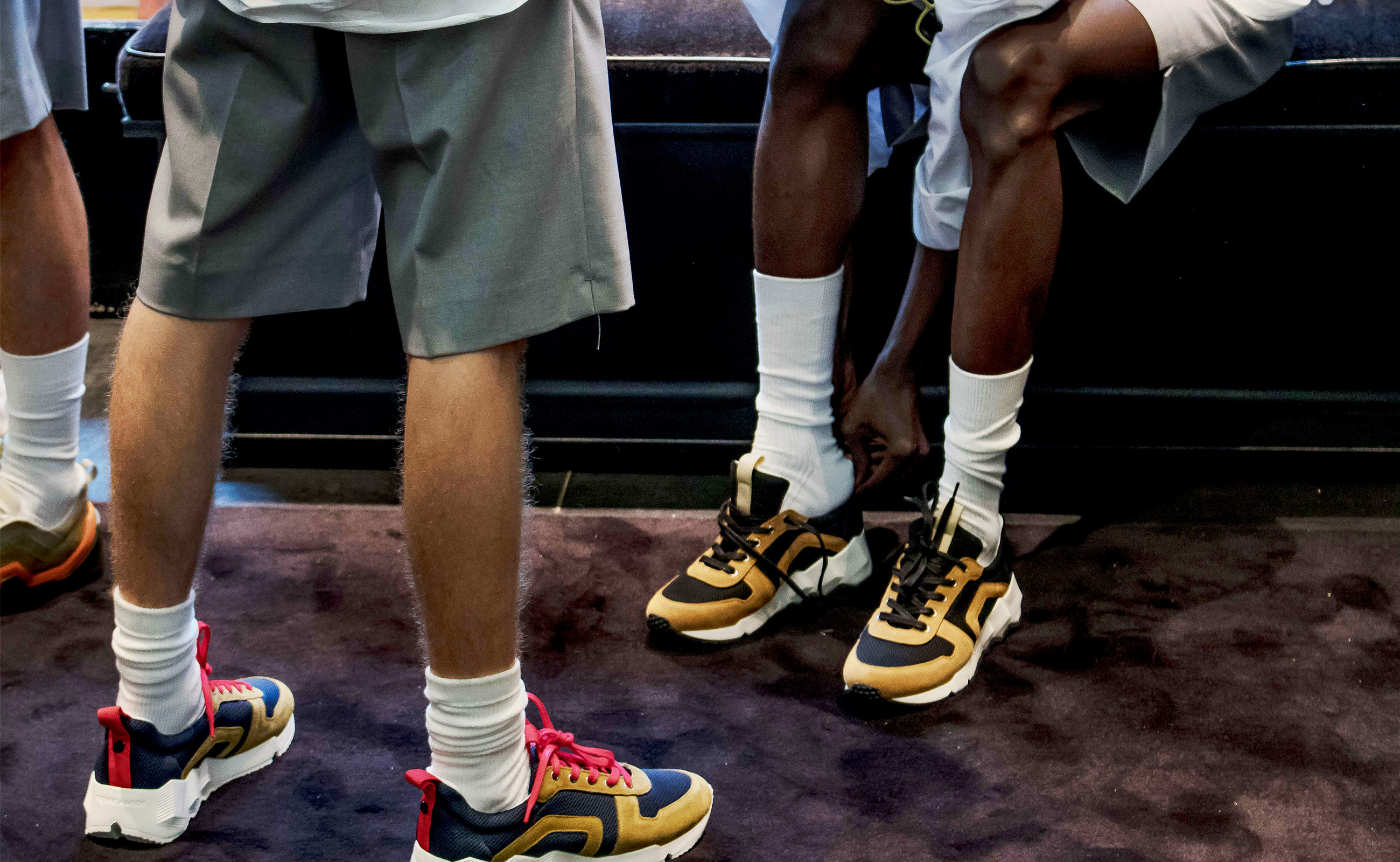 Eight years ago, when design duet Carol Lim and Humberto Leon took over as creative directors of French-Japanese house Kenzo, very few were those who envisioned such a success for the label.

Yesterday, after two years short of a decade at the head of the brand, the two designers went out in style. The farewell show took place at the AccorHotels Arena, a 20 000 seats venue, probably the main one in the French capital. As a thank you from the label, the show was open to the public. Instead of just focusing on the present, the brand also paid homage to the legacy of Carol Lim and Humberto Leon. “Dancers performed a syncopated walk along the shores of Kenzo SS20, in a moving retrospective procession, imagine by Guadeloupean choreographer Léo Lérus, featuring archival looks plucked from 2012 to today.”, the brand stated on Instagram, Sunday right after the show.

But of course, the real life of the party was Solange. The American singer surprised the audience with a powerful score and performance. She even performed I’m A Witness, from her When I Get Home album.

Since taking over at Céline, Slimane‘s path as a designer was quite tumultuous — to say the least. The French photographer and designer has received a lot of criticism when he took over the brand’s artistic direction after a decade long of Phoebe Philo‘s aesthetics. It seems that despite the seasons, fans of the brand and of Philo’s ultimate elegance won’t ever be satisfied with what Slimane has to offer.

Céline SS20 feels like a more mature Hedi Slimane, though. The designer has let go of his signature skinny jeans, opting for a more laidback and retro-chic feel.  The pants, overall feel way more relaxed, fitting with the 1970s style to perfection.

On Sunday, in the Palais Royal gardens, in front of his flagship store, Pierre Hardy was hosting a Garden Party to celebrate the launch of his SS20 Men’s collection. The French designer had everything covered.

While the collection mainly revolved around bold, modern sneakers silhouettes, the French shoemaker still had room for more polished designs. Accessories and small maroquinerie was part of the collection too.

The event took place in the heart of the city under a harsh sun. Fortunately, from the Palais Royal galleries, Pierre Hardy had everything under control. In front of the store, the designer had opened a mini-brewery, with a nice terrace that gave a nice sense of calm, in the middle of the overall PFW craziness. It was even the chance for us to meet Pierre Hardy himself, as well as football legend Hidetoshi Nakata.