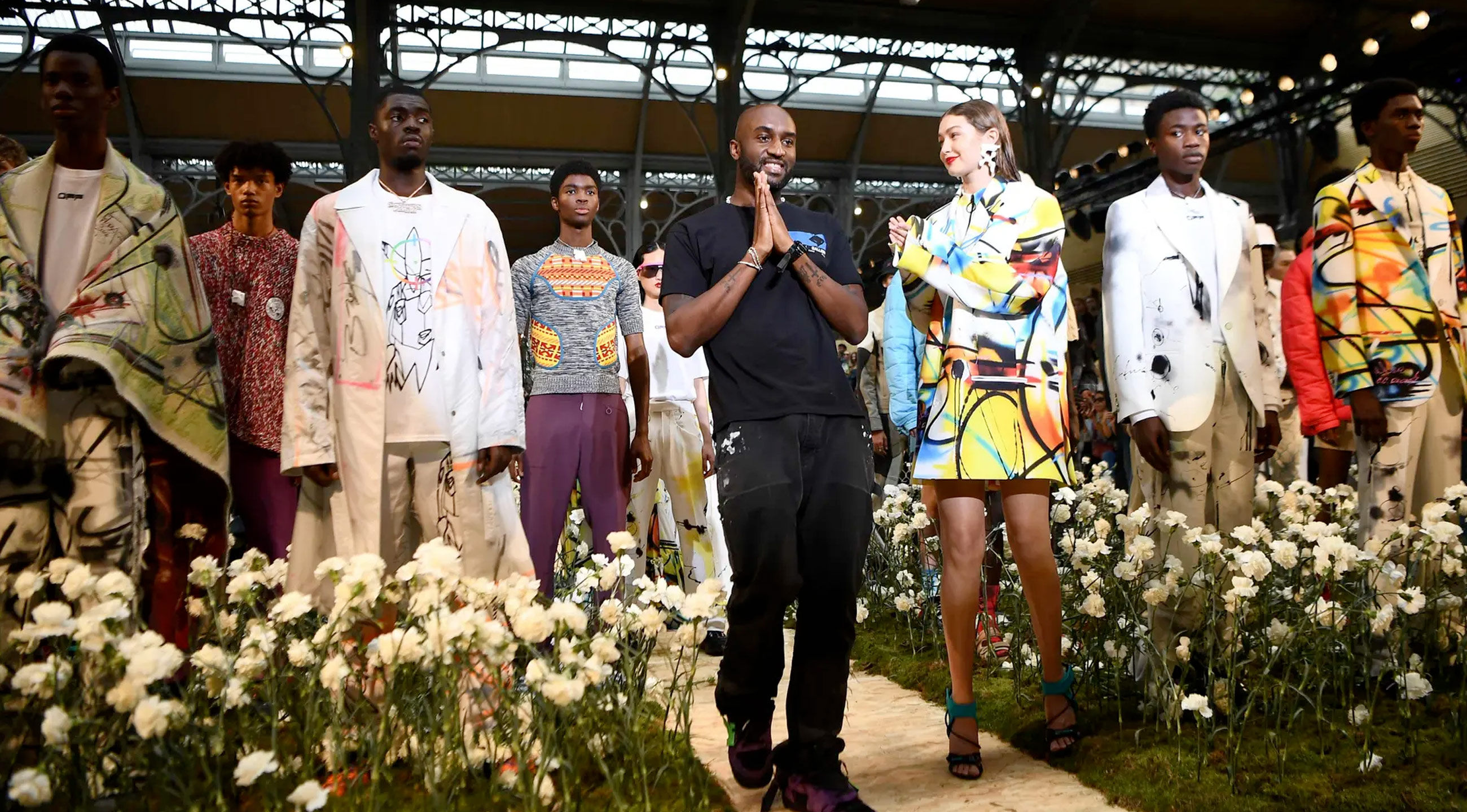 Virgil Abloh’s own venture into fashion first started with Off-White. The brand itself came a few years after his initial guinea-pig brand, titled Pyrex Vision.
Yesterday in Paris, Abloh presented “PLASTIC”, Off-White’s Men SS20 line, presented “in conversation with” legendary street artist Futura. The collection tackles ubiquitous subjects in today’s society, including sustainability, reusability and the importance of reducing overall material consumption.
The American label is still going strong: the show featured, as usual, a heavy streetwear inspiration, completed with an exclusive look at the sneakers from the up and coming Nike SB Dunk x Off-White collection, set to drop in the coming weeks.

Acne Studios has a particular infatuation with simplicity and progress that just sticks to its menswear. The brand’s SS20 Menswear offering focused on a few masculine staples that fit warmer seasons, with an obvious leitmotiv: accessible technicity.
The current oversize aesthetic finds new purpose with this SS20 iteration. Flowing fabrics and high visibility stand as the two complementary objects in this collection.

For this season, Jonny Johansson, creative director of Acne Studios enrolled NBA superstar Russel Westbrook, for its denim campaign. The star was also there yesterday, among other celebrities, such as five-time Formula 1 champion Lewis Hamilton, singer Rejjie Snow and Canadian artist Chloe Wise.

For this first collection post-Calvin Klein, Raf Simons went back to his brutal ways. The Belgian designer spent less than two seasons as creative director of Calvin Klein before the story got bitter. It feels, in the clothing showcased in Paris yesterday. We could feel the anger — whether on Calvin Klein’s home country as a whole, or just at the “dumb-it-down Americana” culture…

Distressed, paint coated fabrics and patchwork-stamped knitwear added to the pervasive quote of this SS20 collection: “Stone(d) America”. A feeling of rancor that Simons really let out in the world. Critics see it both as a comment on the current political state in the US, and as a critic of his short time as the head of CK.