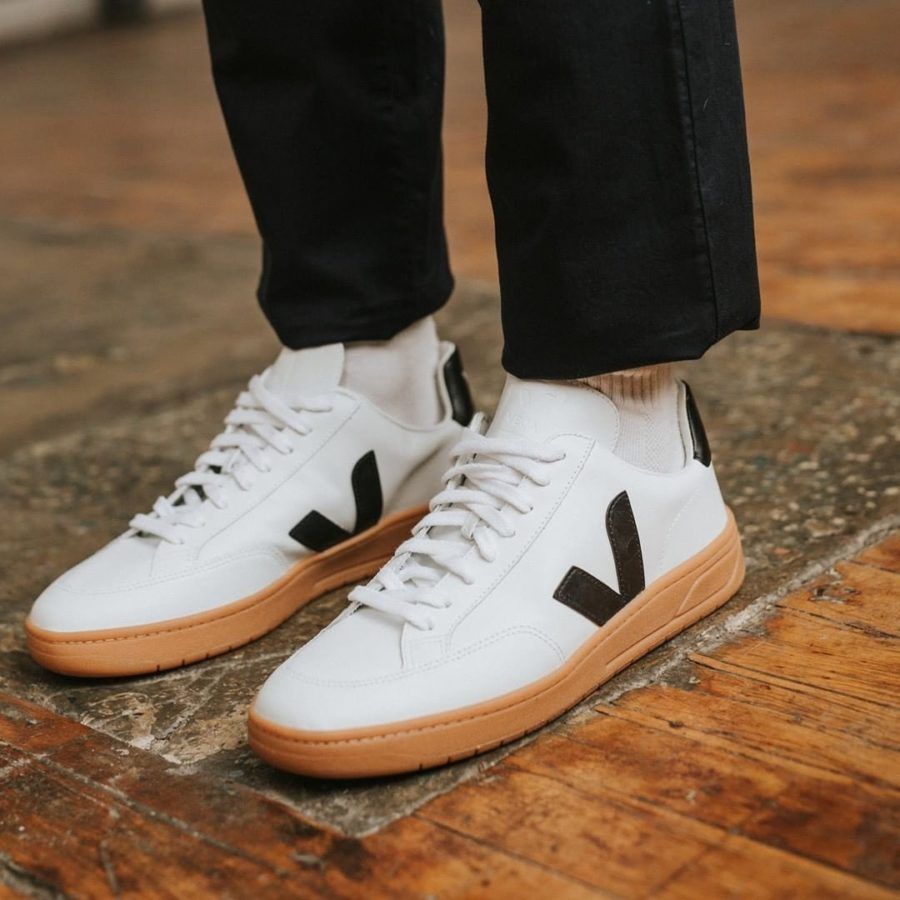 Sneakers: love them or hate them, they’re here to stay. While we may have said goodbye to the more outlandish variations of the Dad sneaker for good, we’re anticipating the forms that the ubiquitous running shoes will take in 2020. And it’s looking pretty good: minimal designs, the return of cult classics and sustainable vegan leather kicks are just some of what’s in store. Read on to see all the sneaker trends that you can expect to see rule the streets in the months to come.

The Spring/Summer 2020 shows echoed a minimalist mood, one that even Gucci wasn’t immune to. Sneakers on the runway reflected this: from Celine to Stella McCartney, many brands favoured trainers that were white and pared back. A little basic, even, but that’s a relief from the saturation of complex (read: ugly) sneakers that have dominated previous seasons. Fuss-free, classic styles of yore are quietly making a comeback too, so you can dust off your Stan Smiths and Chucks. Prada signalled the change in tide with its take on the Adidas Superstar sneaker that, it explained, “does not require being re-designed”.

The S/S20 season also featured an array of neon looks — with the shoes to match. The most notable pair of the lot is undoubtedly the Balenciaga Tyrex sneakers, which came in highlighter hues like orange and green. They’ll be released this month, but if you can’t wait, Louis Vuitton has recently unveiled new versions of its Archlight sneakers in similarly vibrant colours.

As heels have gotten lower, sneakers have gotten higher. And in 2020, they’re staying that way. The new, otherwise simple sneakers offered by Alexander McQueen, Gucci and Prada are all distinguished by their stacked soles. In the case of Miu Miu and Stella McCartney, the platform sneakers even closely resemble wedges, those forgotten relics from the aughts. And with 2000s fashion being deemed cool again, there isn’t a better time to cop a pair for yourself.

Another example of how trainers will transform in 2020? Enter the hybrid sneaker boots. (Or snoots?) Instagram It-girls frequently sported combat boots and other variations of the classic Doc Martens silhouette as 2019 came to a close. It’s only natural that the Fall favourite has evolved to appeal to sneakerheads, too. Combining a boot-like upper and the soles of traditional runners, the Frankenstein-like hybrid has already been interpreted by Alyx and Kim Jones’ Dior. And if you value form as much as function, look out for Louis Vuitton’s waterproof Archlight sneaker boots coming out this month.

In fashion, sustainability goes beyond a being trend. It’s a whole movement, one that is at the core of labels like Veja and Stella McCartney. Both have introduced popular sneakers in vegan leather and other eco-friendly substitutes. Even sportswear giant Adidas is rumoured to be unveiling a vegan collection of its bestselling sneakers later this year. It’s not a stretch to say that more brands will follow suit in 2020, given that many have already gone fur- and plastic-free.

Sneakers Trends
Pameyla Cambe
Senior Writer
Pameyla Cambe is a fashion and jewellery writer who believes that style and substance shouldn't be mutually exclusive. She makes sense of the world through Gothic novels, horror films and music. Lots of music.
Fashion Style Jewellery