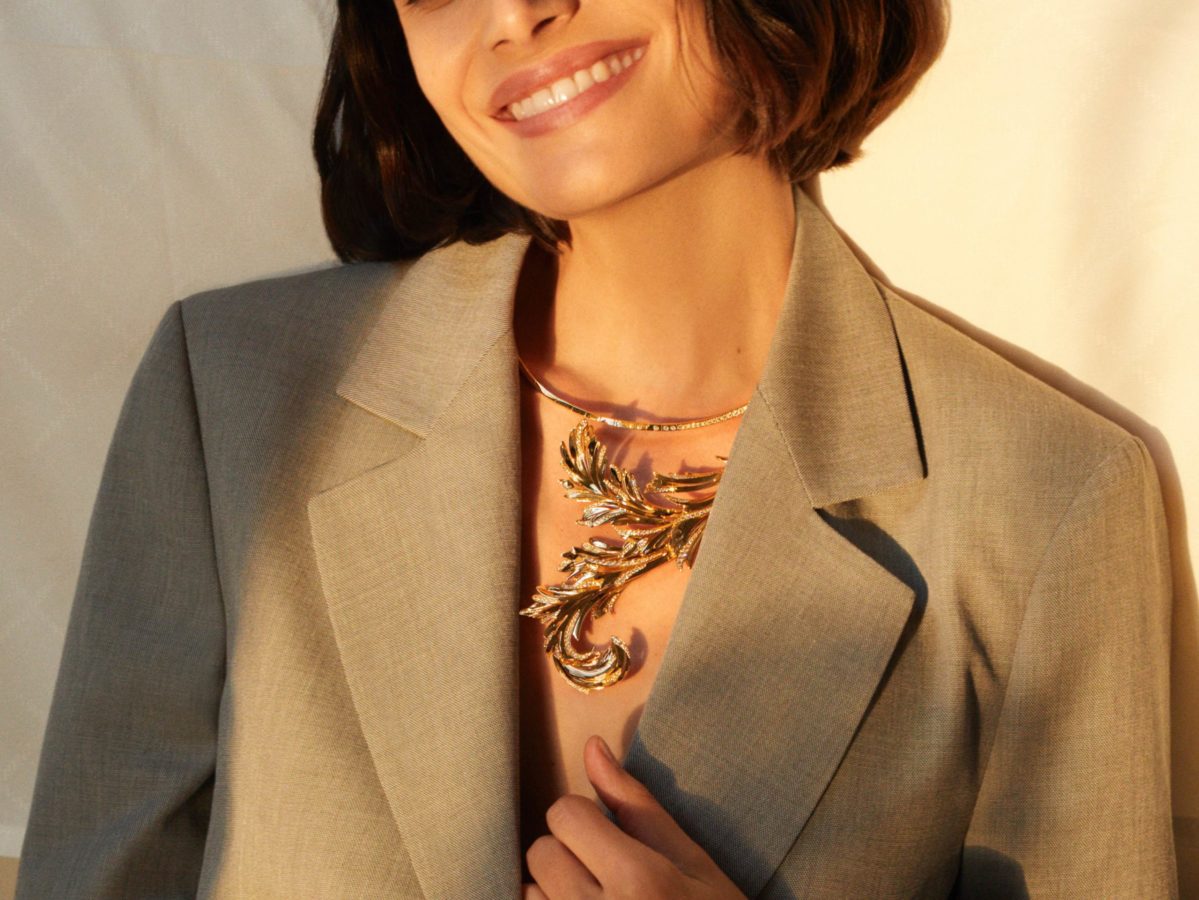 Presented during haute couture week in Paris, the new high jewellery collection from Boucheron spotlights one of the luxury house’s most iconic pieces, the Question Mark necklace. No less than eight new creations have been added to a collection which has spanned the decades with style, elegance and emotion.

The Question Mark necklace first appeared in a drawing by Frédéric Boucheron dating back to 1879. A few years later, this sketch became a reality, which forever marked the history of Parisian fine jewellery. Nearly 140 years later, the necklace, which is distinguished by its suppleness, sobriety, asymmetry, and even more so by the absence of a clasp, remains an icon of the luxury house, and you might even say its signature piece.

Boucheron’s creative director Claire Choisne has chosen to reinterpret this iconic piece with eight new necklaces that pay homage to the craftsmanship of the original model while bringing it up to date. Fauna and flora themes that are dear to the French jeweller are also a feature of the necklaces, which are set with exceptional gemstones.

“The Boucheron style is above all a state of mind and in my opinion, it is captured perfectly by the Question Mark necklace, which I wanted to reinstate as one of Boucheron’s main signature pieces as soon as I arrived at the maison. This necklace encapsulates the philosophy of a maison that throughout its history has incorporated in its creations the ethos of innovation with a focus on emotion and the beauty of expression with a focus on women’s freedom,” explains Claire Choisne in a press release.

Among the masterpieces in the collection is the Plume de Paon necklace, which is distinguished by its XXL volume and a multitude of rose-cut, triangle, brilliant, and baguette diamonds. An exceptional piece that is presented in a number of versions, including one in pink gold and another studded with diamonds and set with a 10.98-carat oval Burmese sapphire.

Two reworked versions of the Nature Triomphante collection: the Lierre de Paris necklace features moving leaves set with emeralds, while the Nuage de Fleurs evokes a bouquet of mother-of-pearl hydrangeas. The collection is completed by the Gouttes de Perles necklace in cultured pearls and the sculptural Acanthus Leaf necklace in yellow gold and diamonds.

What to know before investing in coloured diamonds