Home > Style > Jewellery > Q&A: Adeline Moniez on how Marbella Paris is at the crossroads of jewellery, fashion and cosmetics 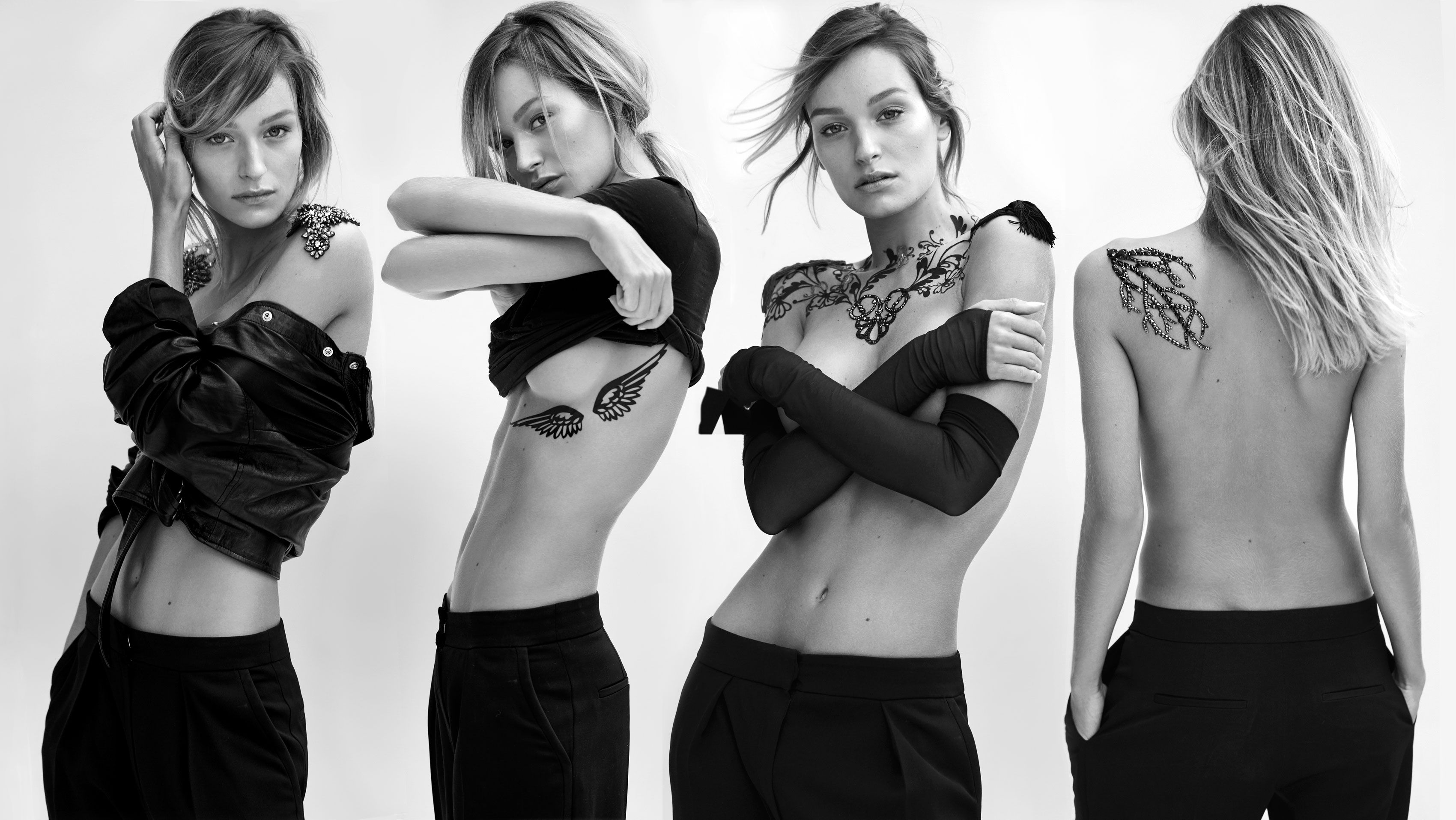 Q&A: Adeline Moniez on how Marbella Paris is at the crossroads of jewellery, fashion and cosmetics

Nowadays, brands are both evaluated by the story they tell, and the impact they have on the environment. Very few manage to be impeccable on all accounts. Those who manage this are usually family-owned businesses with a clear focus on artisanal craft and tradition. Marbella Paris is somewhere at the crossroads of tradition, savoir-faire, technology and style. The recipe also takes some dashes of architectural knowledge, and a few drops of love, too.

We met Adeline Moniez, the woman behind the young company at Hotel Shangri-La in Paris, on a sunny summer afternoon. This day, she brought several of her creations to showcase how innovative her griffe was, let us tell you this love at first sight story, before it floods the world.

What has been the core motivation for you to pursue this Marbella Paris adventure?

I was a law student but ended up picking another way; I was a public relations agent in Paris. At an event, I had welcomed a journalist, who was wearing Swarowski crystals on her bare skin. It looked amazing, and it was the trigger. I wanted to offer women the expression of a new freedom, that of being able to wear jewellery directly on the skin, without the attachments. That is also what made me want to reinvent the codes of luxury, jewellery and French savoir-faire. In 2005, I founded Marbella — with my very first skin jewellery line, partnering up with leaders both in the Fashion and the Medical worlds.

You are literally breaking in a new market, with products that didn’t exist the way you did it, until your arrival. How was this perceived?

In France, and in certain countries, this already existed. Skin jewellery has been around, tattoos and bindis as well. I wanted to create a collection of genuine jewels that were easily sportable everyday. The haute-couture world was the first to reach out: designers wanting to create sur-mesure pieces for their runway shows and then the Chamber of Crafts, that honoured me by having me be a part of one of the Artisans Clubs.

Marbella owns several innovations patents, while still working with one of the most famous French savoir-faires: Calais lace. Tell us about the balance between innovation and tradition?

In the beginning of 2010, the Marbella company was innovating, we were positioning ourselves in research and development for great luxury and cosmetics brands. Since then, we’ve invested heavily in research and development, in order to be able to work on all materials and through this, were still able to develop a World premiere: the re-positionable eyeliner. Back then, it was the talk of all talks!

“I wanted to offer women the expression of a new freedom, that of being able to wear jewellery directly on the skin, without the attachments”
Adeline Moniez

Can you tell us about the Marbella woman? Who is she and what are her inspirations?

She’s someone that loves being different, one that dares. She’s bold, and appreciates the freedom that lies in being able to change the way she looks, depending on her days or nights. With our jewellery, she’s becoming the stylist of her own dreams.

One of the most striking collaborations from the Marbella portfolio is the one with Jean Nouvel. Can you tell us how your two universes met?

Jean Nouvel was preparing his work exhibition for the Arts Décoratifs museum in Paris. It was a lovely, rich encounter, we made this collection of golden water drops lying on the skin, with a very tribal inspiration behind it. He loved the idea of this small, delicate print on the skin. This led to the Marbella by Jean Nouvel collection. It was our first ephemeral jewellery collection. About 15 pieces were displayed — pieces that fit both men and women, and that invoke a new form of beauty expression.

How important is the handmade technique in the creative process? The first time we met, you told us everything you made was “made with love by a Golden team”. Can you elaborate?

We have a wonderful team near Amiens, in the Hauts-de-France, that makes everything the artisanal way, in the noble sense of the term, in our workshops. Everything is hypoallergenic, and through this main quality, everything is approved by the competent authorities regulating the great cosmetics brands in France. It’s a true goldsmith’s work and all of the artisans that work on this are in love with the jewellery world. I have a golden team that works with me with great passion.

What are the ambitions of Marbella Paris?

For three years now, we have been working on a new technology that will allow us the reposition the items several times. But this time, on clothing and leather! In order to celebrate the arrival of this new technology, we are launching it at one of the greatest Parisian stores, Le Bon Marché, in October. Our first products sold will be the collars, that are obviously all made in France, featuring their own collection of jewellery. The first men’s collection will also make its debut there. We plan to open several boutiques, and the first one will of course be in Paris!

Can you explain the Asian success of the brand?

We are meeting a lot of success in China. Our clientele loves the jewellery as well as the designs, and the fact that each piece is made by hand, in France, is really important! Through our line, we think that they appreciate the innovation, the elegance and the French savoir-faire.

Is this somewhere you want to bring Marbella eventually?

All I can say is that on October 17, in Beijing, we will be signing an official partnership, and we will be traveling to China a lot… 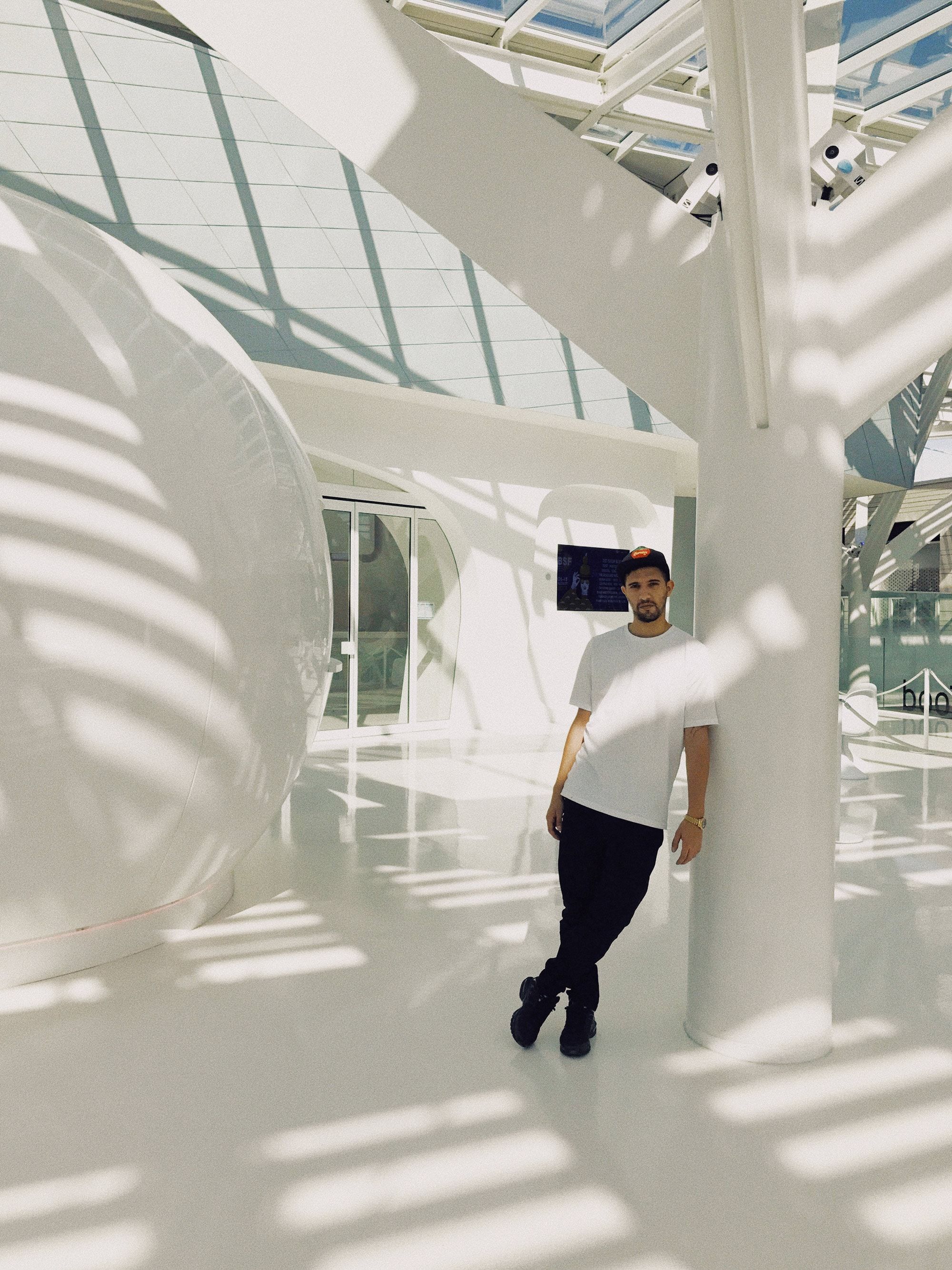