5 new watches for travellers to buy this summer

Tick tock — on the wrist of every great adventurer of the 20th century was an equally great watch. Take early aviator Alberto Santos-Dumont for example, whose friend Louis Cartier created a watch for the wrist so he could read it while flying. Or Sherpa Tenzing Norgay, who conquered Everest alongside Sir Edmund Hillary. What was he wearing? A Rolex Oyster Perpetual, what else. And who can forget Buzz Aldrin? The astronaut who strapped an Omega Speedmaster over his space suit before leaving the Eagle lunar module.

While today’s modern mechanical watch is, in essence, a luxury, back in the days these timepieces were life-preserving equipment. And it’s that escapism of these adventures that attracts collectors to purchase the same watches.

Here are 5 new timepieces that are created for the adventurous spirit, whether you’re already out there, exploring the globe or dreaming of doing it.  The point being that you don’t need to be Jacques Cousteau to enjoy these voyaging time-tellers, you just need to embrace his spirit. 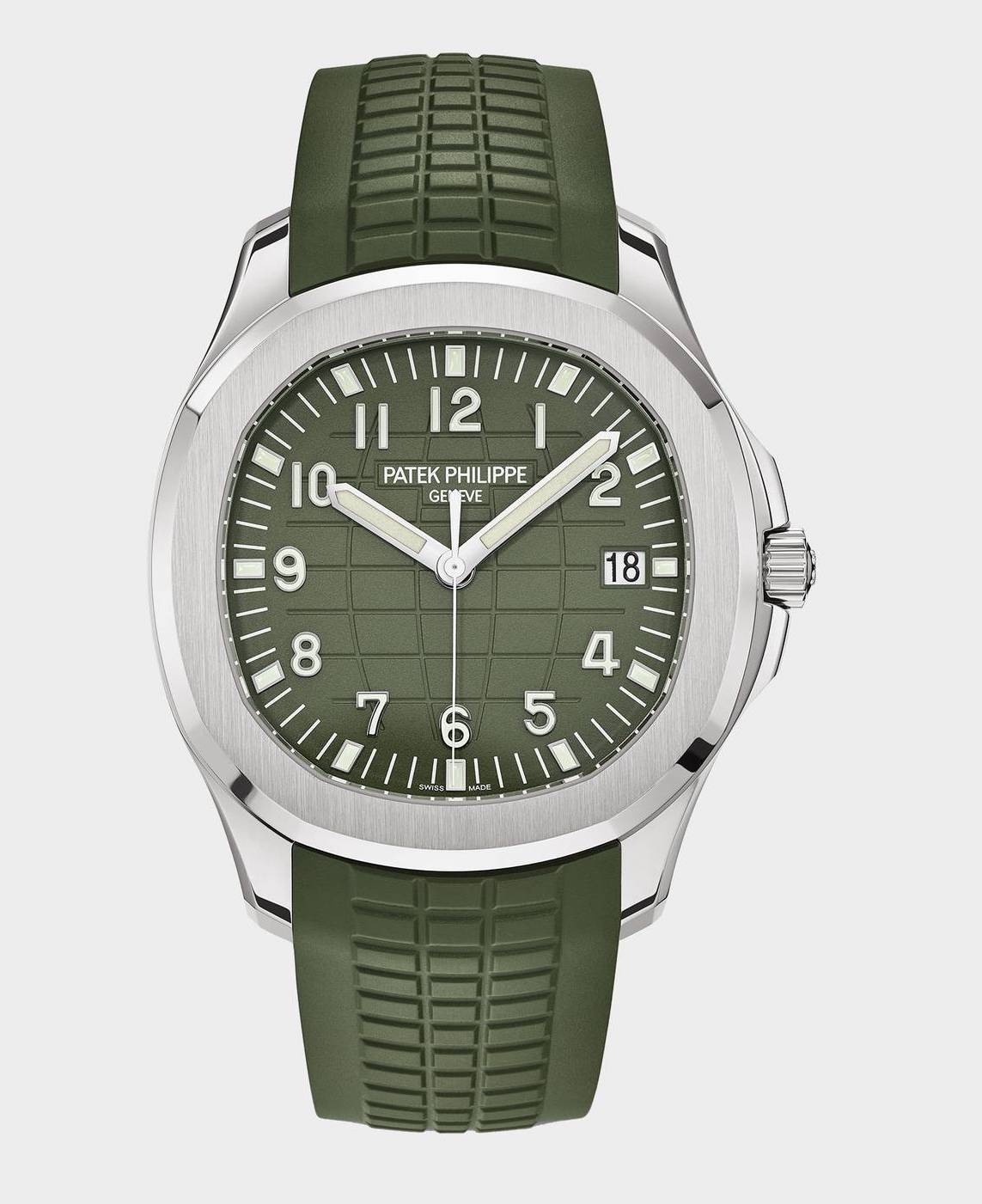 While Patek Philippe’s Nautilus sports watch have an eight years long waiting lists, it was its overlooked cousin the Aquanaut that was among the stars of the show at the recent Baselworld watch fair in Switzerland. Its jumbo-size 42mm case, and white gold, which could pass for steel to the untrained eye, provides a stealthy touch of luxury. With its military-esque olive green tone and matching rubber strap, this piece works equally well at home, on a safari or by the pool. 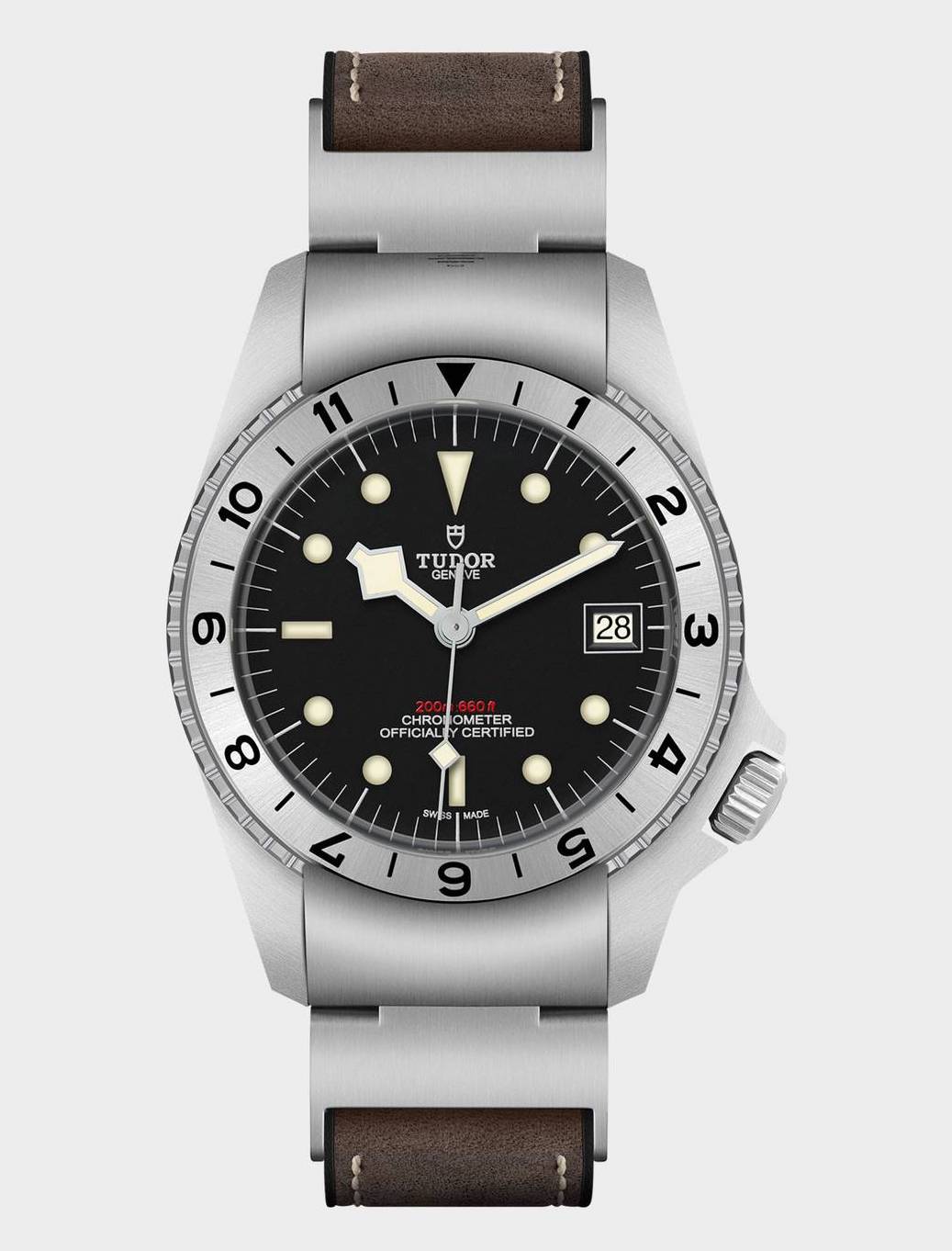 In the late 1960s, Tudor proposed a new dive watch for the U.S. Navy — a project that never saw the light of day and was quickly put to the archives. Fifty years later, Tudor released the watch that became a subject of horological lore. With its bold departure in design; that stands out from the rest of the Black Bay line, it certainly is one for the daring. Its unique bezel locking system and oversize lugs make it perfect for the adventure thirsty. It’s no secret that Breitling has long been associated with British luxury carmaker Bentley, but for this beauty, a more recent partnership with legendary motor­cycling brand Norton put this elegant chronograph to life. Its rugged leather strap pairs perfectly with the visually balanced black dial, with white sub-dials and gold numerals. Ride on wild rider! Autavia — with an underlying meaning of powerful and complete — tells you exactly what this watch is about. And even though the Isograph is built with TAG’s latest technologies, it still has the stoic styling nod to pilots’ watches of the past. With a titanium case, ceramic bezel, amagnetic carbon hairspring, and water resistance to 100 metres’ depth, it’s a go-anywhere-see-everything type of watch. In 2018, Rolex took Baselworld by storm when they introduced a stainless steel GMT-Master with a red-and-blue ceramic bezel on a jubilee bracelet. This year, things were similar: they showcased their blue-and-black-dialed variant — nicknamed “Batman” by fans. With the ability to track three time zones at once, it’s the perfect piece for the time-zone hopper!