Here are the latest luxury fashion watches to look out for

There are many variations when it comes to luxury watches. On the one hand, you have the crème de la crème of the haute horlogerie world; on the other, you have the luxury fashion brands who are coming out with its very own version of a luxury timepiece. Unfortunately, most luxury fashion watches are part of the brand’s accessories line at best, giving it a rather bland look as compared to the Swiss watchmakers.

Being a famous name on the runway, many luxury fashion houses are known for its cutting-edge designs but the same can’t be said for its accessories. The New York Times has quoted vice president of commercial business of Farfetch, Stephen Eggleston, “Creative directors are getting involved not just in ready-to-wear but in beauty, fragrance, watches and jewellery.”

Changing the outlook of how luxury accessories are viewed these days, it allows new-age fans to actually connect with the brand without having to fork over a small fortune for another item like a dress, a handbag, or even a pair of shoes. What’s great about luxury fashion watches is that it’s a lot more accessibly priced as compared to luxury timepieces, especially if it’s one of the more household names in the world of watchmaking.

Here are the list of five luxury fashion brands with its own signature collection of timepieces one can consider. Of course it would not be of the same calibre as that of a Swiss-made watch, but it does hit all the right notes in terms of quality and design. 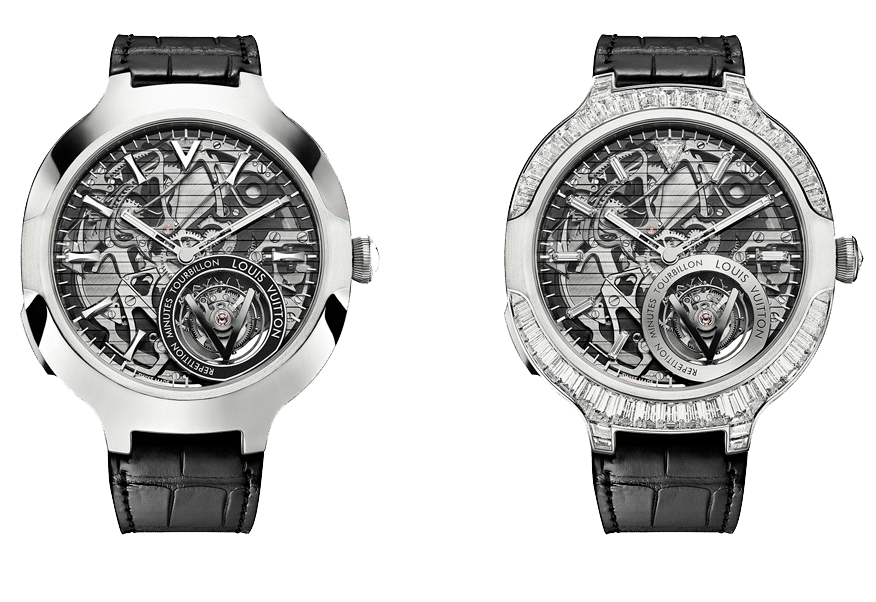 Since 2007, La Fabrique du Temps have been creating watches for LV before being acquired by the French luxury house in 2011. The last couple of years have seen its owners, Michael Navas and Enrico Barbasini create a slew of LV signature timepieces, with the latest being the Louis Vuitton Voyager Minute Repeater Flying Tourbillon. Arguably LV’s most complicated watch to date, combining two complications in a slim 18-karat white gold case. Within it lies LV100 calibre with 100-hour power reserve, which is made out of 345 components. A flying tourbillon is also present at the 5 o’clock, but it’s the minute repeater that steals the show. There are a total of two gongs and two hammers that indicate the hours, quarter hours, and minutes, each with its own unique tone. A low note signals the hours; a double low-high note is for the quarter hours, and a high note indicates the minutes. Aside from this, LV has also dabbled in the smartwatch market with the Tambour Horizon smartwatch. 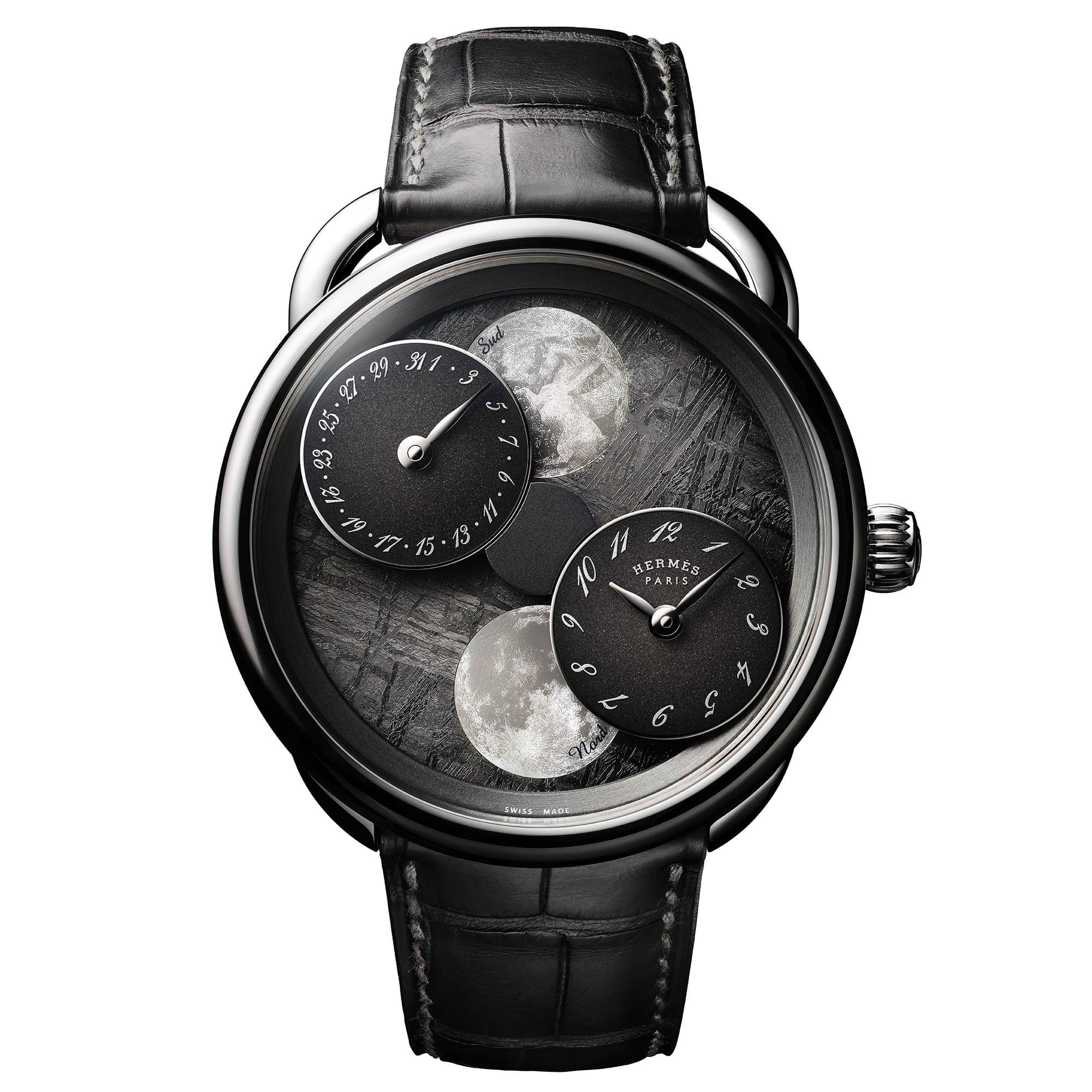 The Montblanc Star Legacy Suspended Exo Tourbillon Limited Edition 58 was nominated for being the best Chronometry watch during the 2018 Grand Prix d’Horlogerie de Genève but sadly, it lost out to the De Bethune DB25 Starry Varius Whirlwind Stopwatch. That didn’t stop Montblanc with another addition to the Star Legacy series – the Star Legacy Metamorphosis. A three-dimensional moon display of the Northern Hemisphere is noticeable from the get-go along with the watchmaker’s patented Exo Tourbillon resting on the 12 o’clock. The watch is also two-faced, much like other Metamorphosis timepieces. This allows the wearer to flip between faces, which shows two different backgrounds for the Exo Tourbillon. 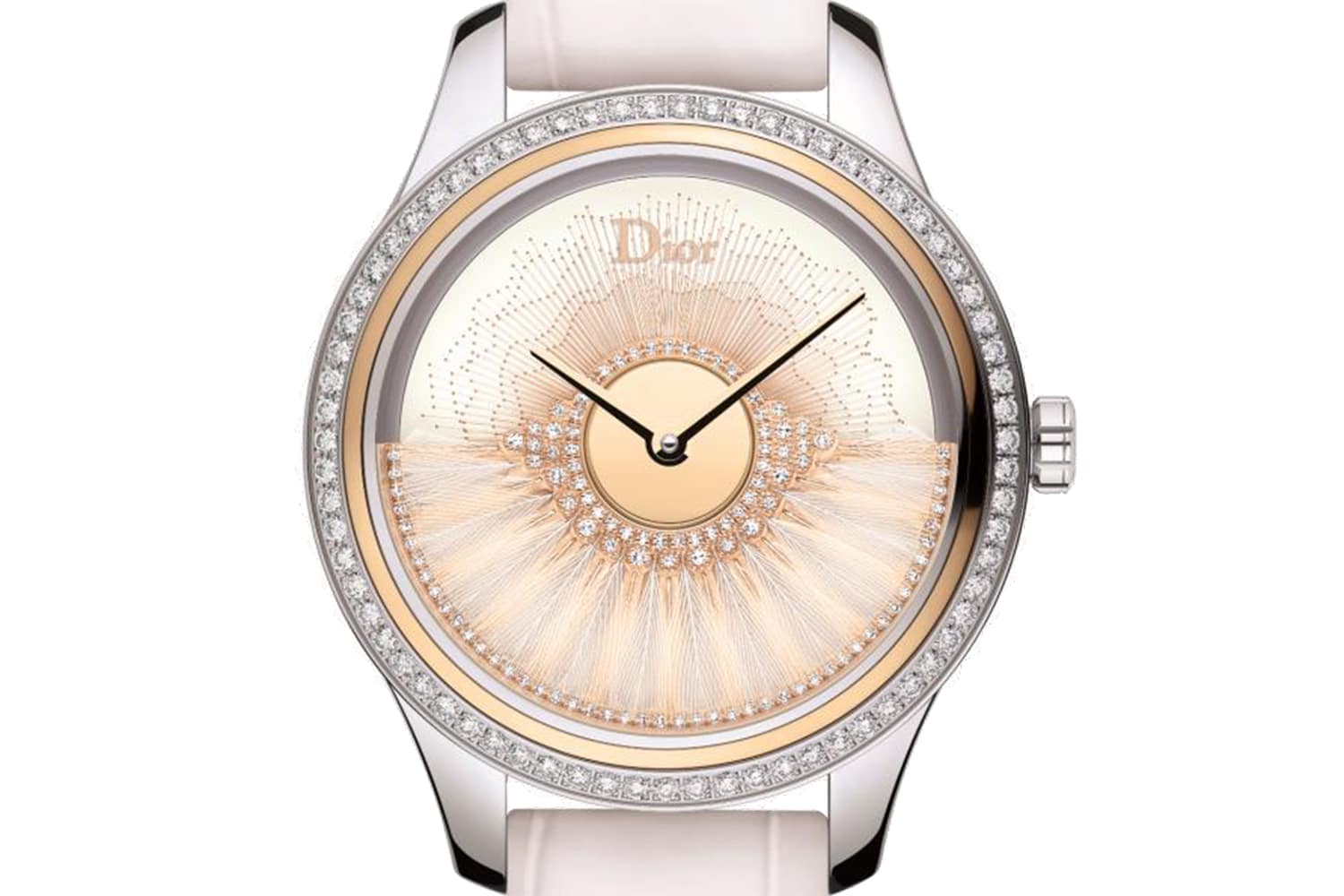 Dior has been on the lips of fashion savants over the past year or so with the introduction of Kim Jones for the Dior Homme collection. Dior’s focus has always been primarily towards its fashion collections for both men and women as its timepieces have always taken a backseat. However, that isn’t to say that it’s nothing to shout about, especially with the introduction of the Dior Grand Bal Plume Blanche. It’s limited to just 88 pieces, making it highly exclusive. On the bezel rests a slew of round-cut diamonds decorated with a pink gold ring. But that isn’t the kicker; with Dior Grand Bal Couture, you can now customise your very own Dior Grand Bal timepiece to your liking. This “created-to-measure” service by Dior offers wearers a wide variety of options to choose and customise from. You can pick between oscillating weights, dials, case-backs, cases, bezels, as well as bracelets. This allows for a total of over 200 million design ideas to choose from. For the longest time, Chanel’s wide range of timepieces has seen the light of day due to the Chanel J12 and Boy.Friend collections. This time, it’s also the Chanel Premiére that is making waves, particularly the Premiére Rock collection of watches. It comes in two sizes — the usual single strap or an elongated variant that creates multiple loops around the wearer’s wrist. The strap features Chanel’s iconic leather band with a steel chain wrapped around, something one can commonly find on its handbag straps. The Premiére Rock comes in a host of colours, whether in red with a white mother-of-pearl dial; black with a black-lacquered dial; or even gold with a mirror dial finish.

Louis Vuitton Luxury Watches Montblanc Hermès montblanc star legacy star legacy metamorphosis louis vuitton voyager Arceau L’Heure de la Lune Meteorite fashion watches
Wi-Liam Teh
Senior Writer
Wi-Liam is a geek at heart with a penchant for tattoos. Never without a drink in hand (preferably whisky, gin, or Guinness), he is also a writer by day and a keyboard warrior by night. On his day off, he masquerades as a streetwear and sneakerhead enthusiast while his bank account says otherwise.
Tech Cars Watches Entertainment Food Drinks