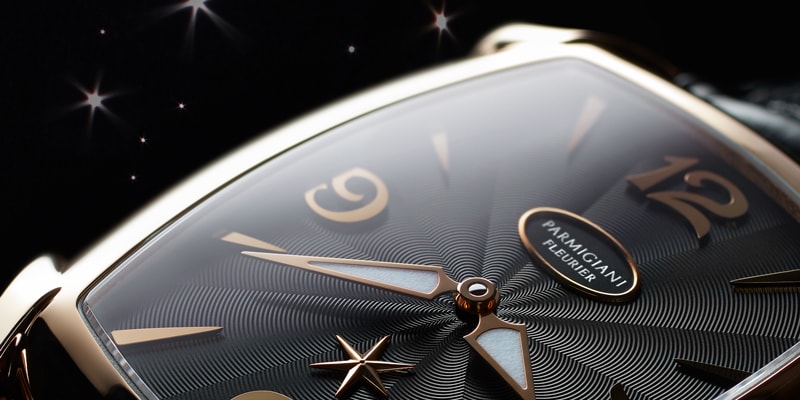 Style
Parmigiani Fleurier CEO, Davide Traxler opens up about the world of watches
Share this article
Next article

Parmigiani Fleurier is a well-known Swiss luxury watch brand, famous for its restoration services. Davide Traxler currently serves as the company’s CEO with nearly 20 years of experience under his belt.

While he is Swiss by birth, Davide Traxler is anything but that. Starting out his career in Bulgari, he quickly climbed the ranks before going on to work with other prominent brands like Chopard and Corum. With almost two decades of experience in the luxury industry, he is the perfect person for Parmigiani Fleurier.

The brand itself requires no introduction. Founded in 1996, Parmigiani Fleurier is one of the youngest luxury Swiss watchmakers in the industry right now. However, in a short amount of time, it has already set a name for itself as one of the more unique watchmakers the modern world has seen. In 2006, it won the prestigious “Watch of the Year” award from the Japanese Press for its Bugatti 370 driving watch.

To find out more about Traxler and his thoughts on the luxury watch industry, read on for our little chat with him.

For our readers who aren’t familiar, could you kindly introduce yourself?

My name is Davide Traxler, the CEO of Parmigiani Fleurier. I was born in New York and have lived in many different countries with my English mother and Italian father, which resulted in many French schools along the way. Now, I live in Fleurier, Switzerland where I run the Parmigiani brand and I travel about 15 days every month around the world to speak, listen, and try to understand the market better.

How would you describe Parmigiani Fleurier?

It has a different vocation from many other brands. To start with, we restore pieces from all brands of all times so we don’t discriminate what we restore. The other companies in our trade – colleagues – only restore their own brand while we restore any and all kinds of watches from different eras.

At the same time, our factories produce components for plenty of other luxury watch brands. We believe in a selfless approach; we tend to share all our secrets, tools, and know-how, which is different from the traditional watchmaking process.

How did the idea of restoring other brands' watches come about?

The idea originally came from Michel Parmigiani so that we can maintain not only the level of new watches but also the patrimony of existing pieces in the world. If anyone has an existing piece that is precious to them because of its sentimental or emotional value, we can always restore it.

Restorations for us is not about repairing, it’s really about conservation. If we have to replace a piece that comes from the past, we will reproduce with the same techniques used to create it in the past. If we have to cut a piece, it will not be done with lasers. Instead, we will rebuild the same tooling that was used to create it as close as possible to the original.

How does it feel that many around the world trusts Parmigiani Fleurier with their timepieces?

I think that’s the most interesting part for us because what we discovered is that many of these pieces have plenty of history. We just restored a piece that has a portrait of the Tsar of Russia, Nicholas II, which means that it was probably made for him.

There’s so much history within these pieces. You can only begin the imagine the number of stories it holds, going through various world wars and revolutions along the way. That is what makes this really fun for us.

Have there been any watches that has stood out to you so far?

For me, what stood out most was a timepiece with the Islamic calendar on it. It wasn’t based on our conventional months but on the Islamic calendar instead. When we restored it, we made a table clock based on the techniques of the watch — which we improved — and we patented what we now call the Hijri calendar.

How does Parmigiani Fleurier compare to other Swiss luxury watchmakers out there?

The first thing I would say is that we don’t see our colleagues as competitors. Our factories produce components, dials, movements, and even cases for almost all of the luxury Swiss watchmakers. This makes them our colleagues and we thrive on their success.

This allows us to concentrate on pieces that are uniquely different. And certainly, we speak to a consumer that has a certain horological maturity. It’s a consumer who is already done with buying luxury watches for the sake of keeping up with the trend.

Our customers are part of something bigger; instead of feeling the need to be part of a group, our consumer has reached a level of maturity where s/he is self-knowing, confident, and aware to make his individual choice. Essentially, we’re talking to a consumer who loves watches and chooses us because they know what they’re buying; they’re not just following a trend.

What are your thoughts on big watch companies leaving Baselworld to have their own trade shows?

I honestly do not know. However, what’s interesting here is that I really enjoy the watch fairs and I think it’s great for both exhibitors and guests. I think the fair is a great moment to be together.

There were definitely some challenges, which put certain brands in a position where it was unreasonable to go on. I think we have to find a platform that is for everyone because I believe we should all work together. I don’t know if that would be possible or not but that would be my first choice.

Do you have any advice to collectors out there on what they should do when looking for a luxury watch?

I believe that you should just buy whatever you want and what you feel that you like. I really think that a watch is an expression of who you are as a person. I really invite people to buy a watch that they like – a watch that makes them feel good.

Buying a watch is a celebration. It’s a celebration of success whether you’re gifting it to someone or if someone gifted it to you. It has to have that emotional tie to it, which makes it even better.

What are some of the key trends we can expect from the luxury watches industry this year?

If you look at the trends of last year, we can see that ladies watches have become mechanical almost everywhere in the world. We’re also starting to see more mechanical beauty mixing with aesthetic beauty as well as stones. I think that’s certainly something that’s happening more and more.

We addressed that also with our double rainbow watch, the Tonda 1950 Tourbillon Double Rainbow. It features an outer and inner rainbow because, in nature, there are always two rainbows in the sky. It’s a very special and incredible watch with a tourbillon to boot while still being aesthetically pleasing with the gemstones.

Do you have any thoughts on other luxury independent watchmakers?

I really like them. I like small brands that express something special and today you do get the choice of small and special brands. Personally, I enjoy Bovet 1822 watches because they come from Fleurier just like us. I think they make some beautiful mechanical pieces. Moser does a brilliant job as well with some beautiful pieces to showcase great finishing.

Watches Luxury Watches swiss watches Parmigiani Fleurier davide traxler
Wi-Liam Teh
Senior Writer
Wi-Liam is a geek at heart with a penchant for tattoos. Never without a drink in hand (preferably whisky, gin, or Guinness), he is also a writer by day and a keyboard warrior by night. On his day off, he masquerades as a streetwear and sneakerhead enthusiast while his bank account says otherwise.
Tech Cars Watches Entertainment Food Drinks